Before and after: Chic city cottage Author: Style At Home

Share
Share
Talk about sinking your teeth into a home renovation. When dentists and new parents Mariam Reyhani and Fabrizio Bianchi purchased their two-storey, 2,400-square-foot home in Thornhill, Ont., they knew its tired 1970s interior just wouldn’t do. Together with Toronto’s Capoferro Design Build Group and RGA Woodworking, they gutted then glammed the interior. The result is a stunning woodsy yet chic cottage-in-the-city home. 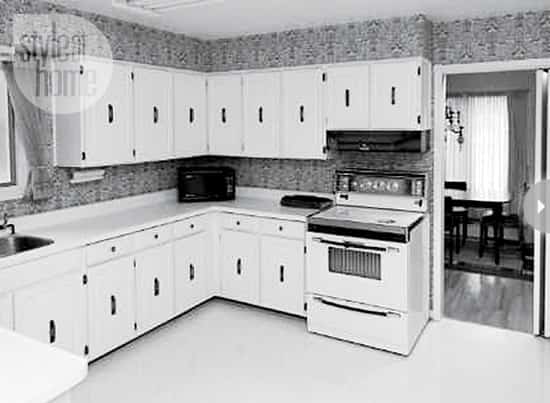 Before: Kitchen
Most uninspiring was the dated kitchen, a rectangle that ran north-south along the side of the house, separated from the dining room. Leaving the kitchen as is would have meant that during a dinner party – the couple loves to entertain – someone would inevitably be sequestered in the kitchen prepping the meal, isolated from the rest of the group (and nobody puts a Bianchi in the corner). 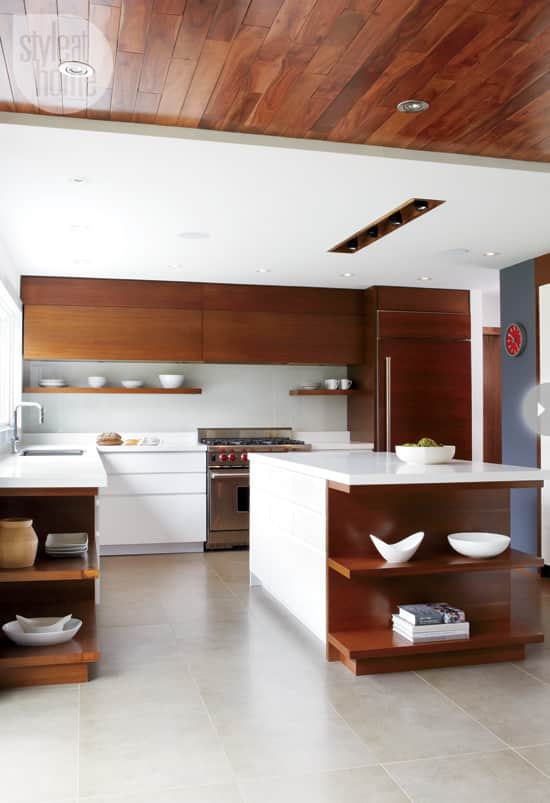 After: Kitchen
A two-toned decorated ceiling composed of wood and drywall ties the beautiful kitchen together and is a transfixing touch. Though the kitchen design has sharp, contemporary lines, the mix of materials keeps it looking warm, not clinical. 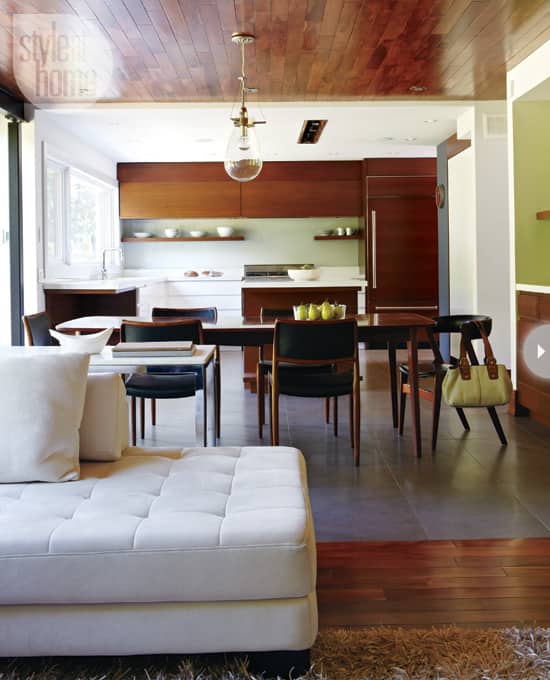 Open dining area
Several boxed-in rooms were ditched in favour of this open-concept kitchen, dining and living room. The pendant light over the dining table draws the eye up to the intricate millwork on the ceiling. 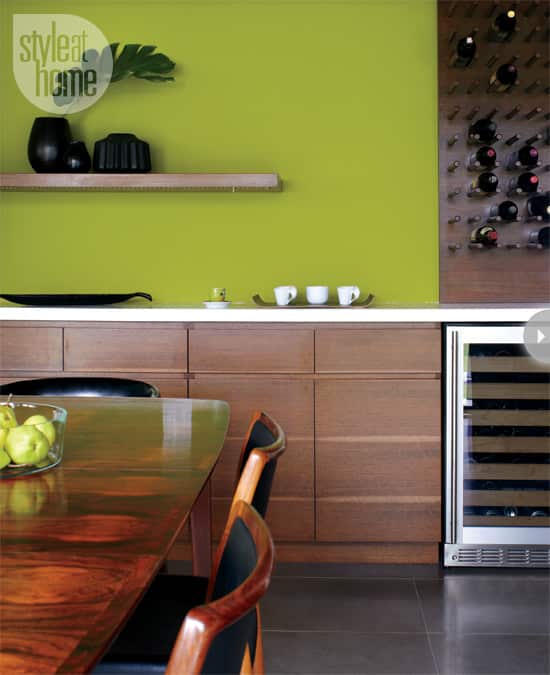 Pop of colour
“The house is full of white and wood,” says homeowner Fabrizio Bianchi, when asked why he and his wife, Mariam Reyhani, chose bright green for the bar area. “It’s chalkboard paint, so we have the option to write notes on it or display a menu while entertaining. But it looks so sharp, we’ve been reluctant to write on it,” he says. 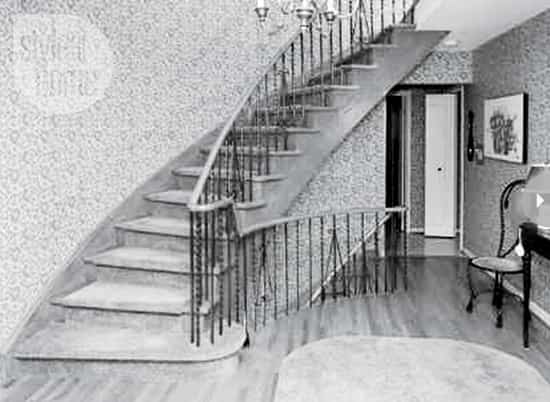 Before: Staircase
A 1970s wrought-iron staircase and dated wallpaper was the first thing guests saw when entering the home. 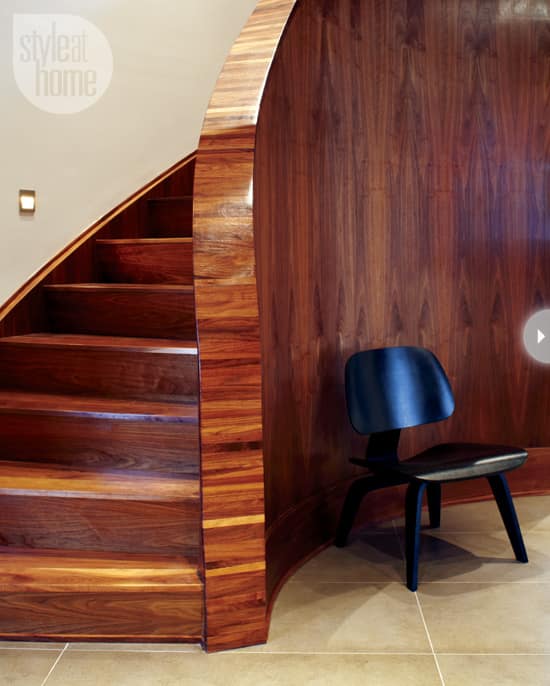 After: Staircase
This magnificent focal point in the home's entryway, replaced an unsightly 1970s wrought-iron staircase. During a two-week construction process, more than 500 pieces of walnut were fitted together to create the curvature. 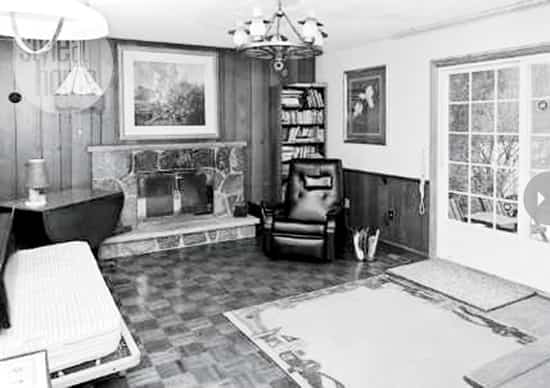 Before: Living room
With its floor to ceiling wood paneling and stone fireplace, this living room was in desperate need of an update. 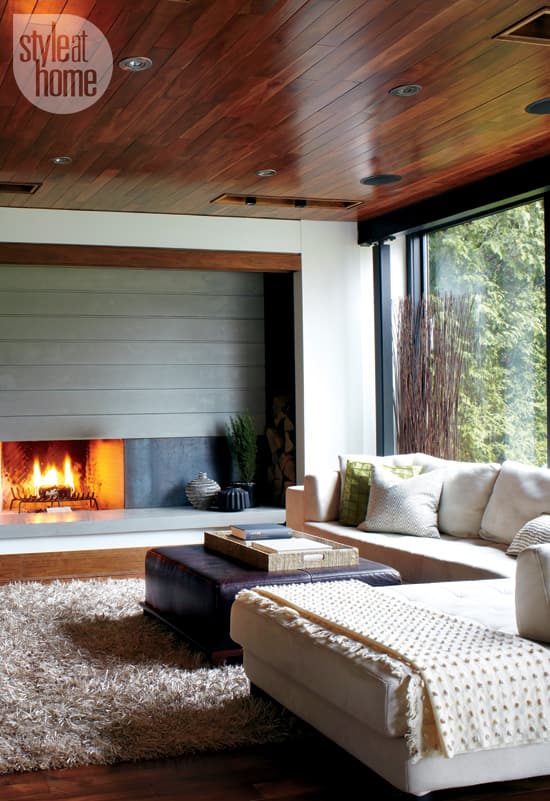 After: Living room
A fireplace, shag rug, cozy sectional and view to the outdoors impart a cottage-in-the-city feel. Since the room gets northern exposure, it’s cool enough that the homeowners don’t need to install window coverings – who would want to block that view, anyway?

Before and after: Chic city cottage