Share
Share
I’m thrilled to introduce myself on the blog as part of my first official duties as a new design editor for Style at Home! My first chance to work with the magazine came long before this new job -- way back in mid-winter, Erin McLaughlin and Margot Austin decided my rental apartment was worthy of a feature in the mag. On shoot day, the hallway outside my tiny place was lined with photographer Stacey Brandford’s equipment overflow and buckets of magnificent spring blooms that Margot brought. Thus began a whirlwind day of propping, tweaking, lighting and um... eating. Between the fluffy meringues and macarons that Margot brought for the dining room shot and the greasy fish and chips I picked up for lunch, we were fighting our food comas by the afternoon. Take a look at what the place looked like before my fiancé David and I moved in (it definitely wasn’t fit for photography) and what it looks like now. The landlord was kind enough to let me spec materials and finishes before updating the unit.

[caption id="attachment_7530" align="aligncenter" width="460" caption=" The wooden floor in the dining area was damaged yellow parquet and the exposed terrazzo windowsills and cracked walls made the space feel more institutional than homey. And need I even mention the wicker basket pendant shade?"] 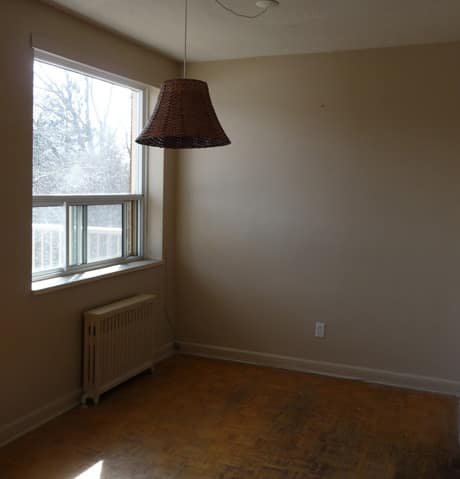 [/caption] [caption id="attachment_7533" align="aligncenter" width="460" caption="Fresh coats of Benjamin Moore Cloud White paint, a polished dark stain on the floor and my mix of high and low furniture and accessories helped to brighten up the space."] 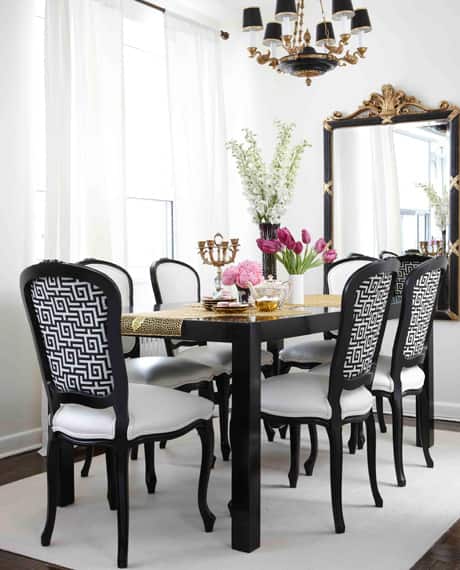 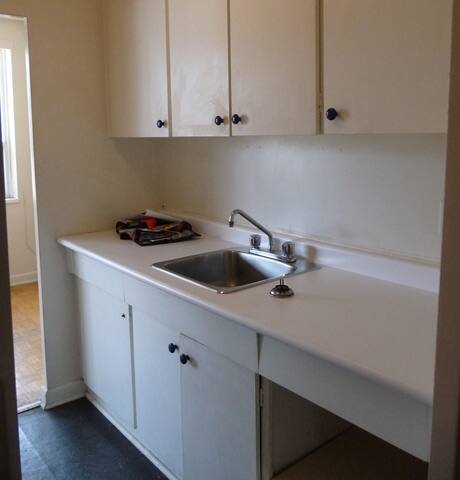 [/caption] [caption id="attachment_7537" align="aligncenter" width="460" caption="The black-and-white retro feel of the kitchen works its way from the checkerboard floor tiles up to the white cabinetry and black laminate countertop, where it explodes in a frenzy of fun bowls, canisters and more."] 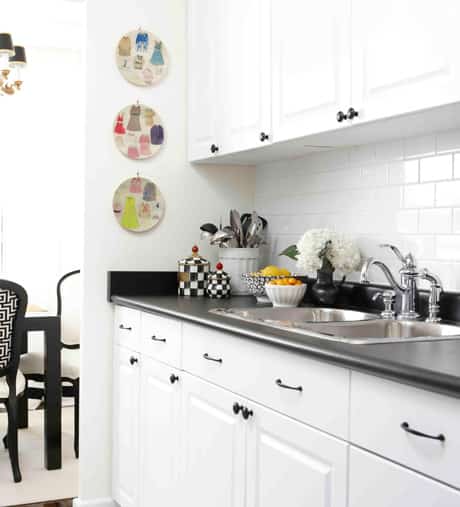 [/caption] [caption id="attachment_7538" align="aligncenter" width="460" caption="I don’t need to write much about the 'before' shot of the bathroom as it speaks for itself...eek!"] 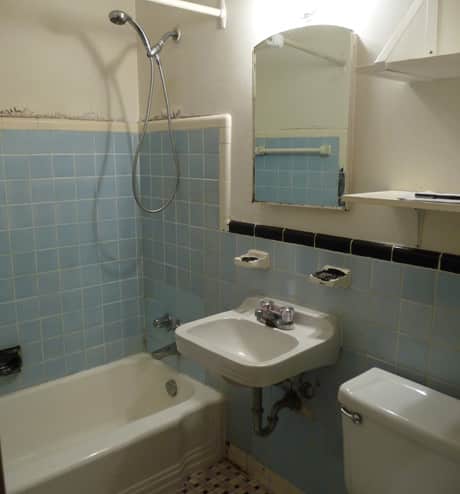 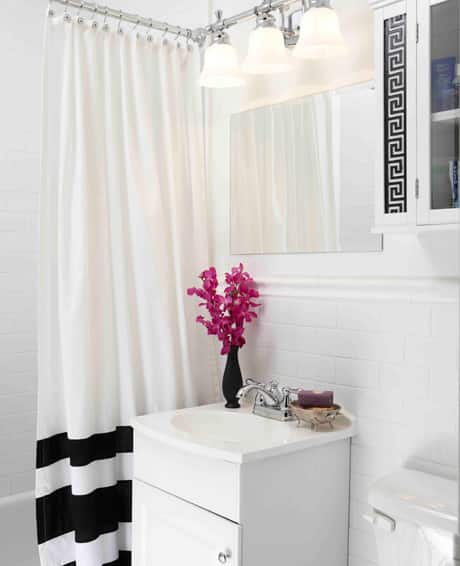