The history of colour Author: Style At Home

Share
Share
Although we tend to think of interior and exterior design from years and centuries past in terms of neutral look, a look through historic records shows that subtle whites and taupes were often the exception, as opposed to the rule. Bright, rich hues have ruled design in centuries past, as a sign of taste, superiority, and wealth.

For example, the Parthenon, that famous white temple of ancient Greece, was once brightly coloured in reds, greens and blues. The Victorian era, which we envisage in soft sepias and garden florals, was actually steeped in ruby reds and dark greens. Even the 1970s, which we have romanticized as a decade of Miami-whites, was really much more influenced by greens, yellows and harvest golds. Since those times, we haven’t become more sophisticated about colour; after all, colour preference is one of the most subjective and changeable aspects of design. We have however become far less interested in conformity and much more attuned to how the expansive variety of shades possible can combine in our homes to stylish effect. 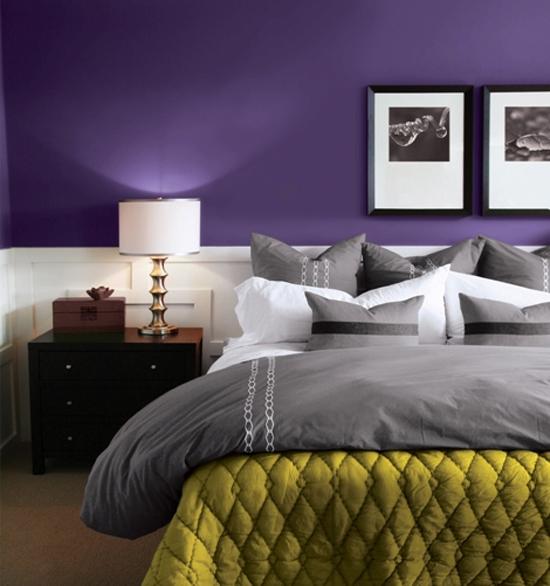 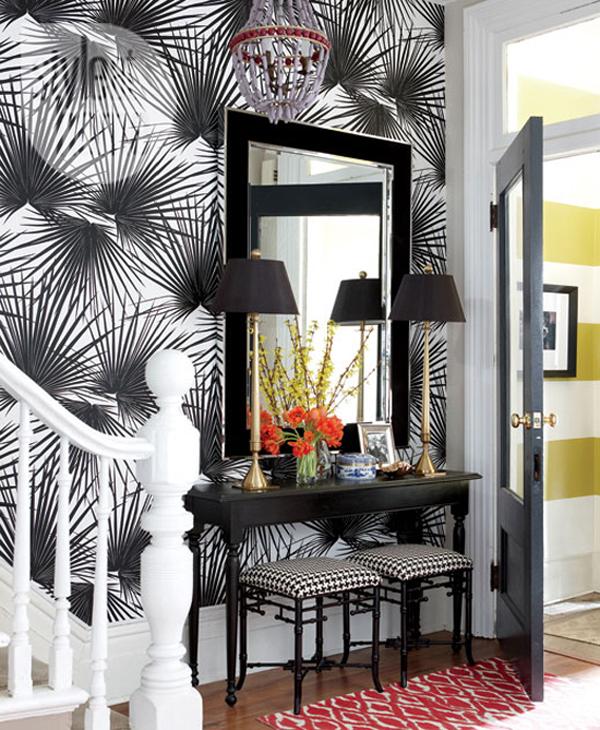 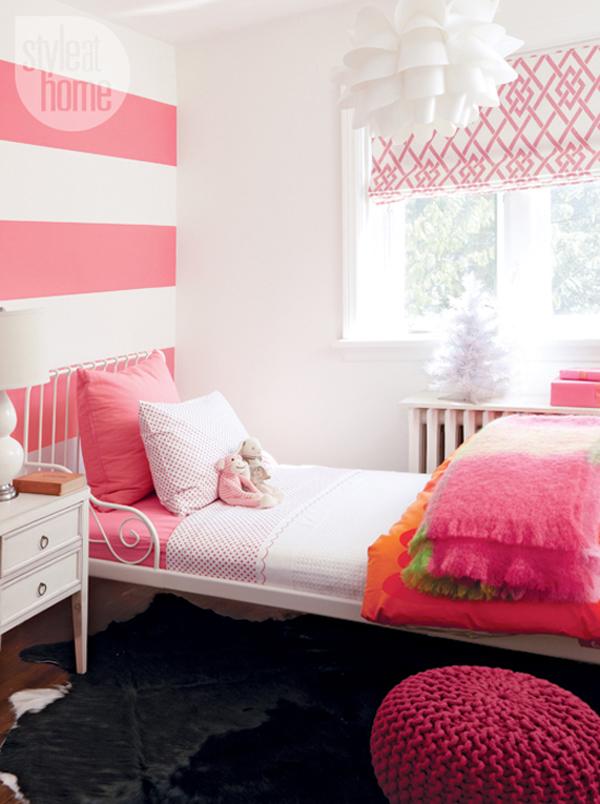 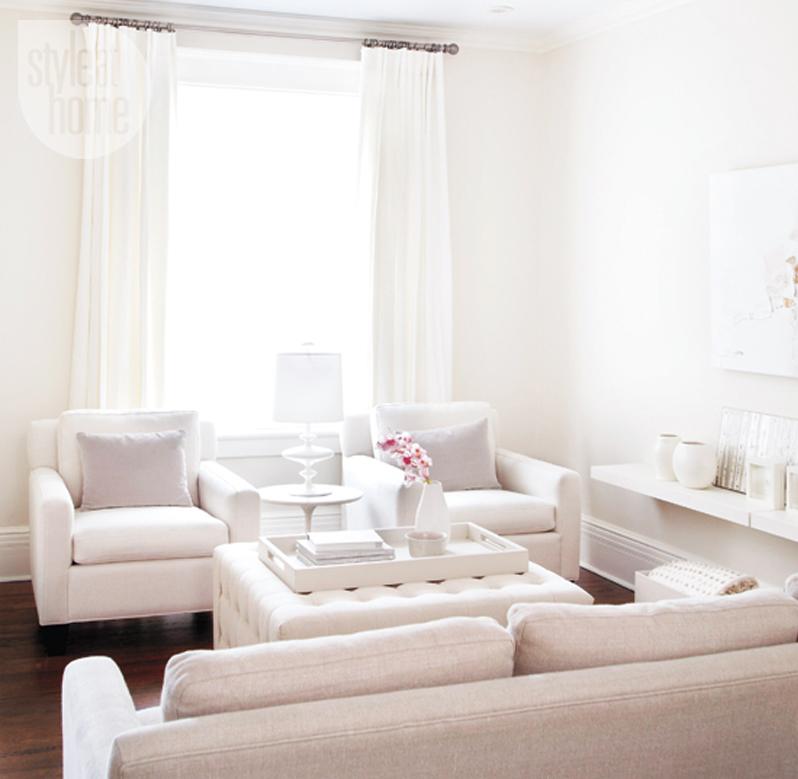 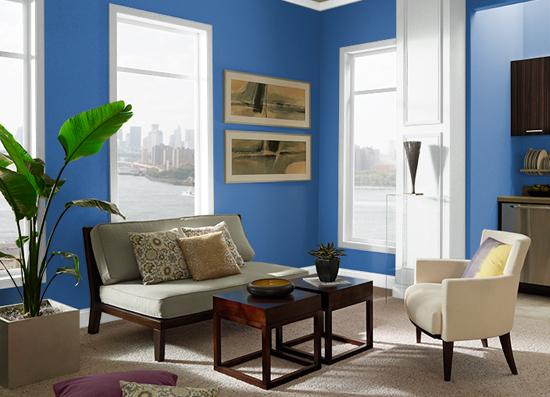 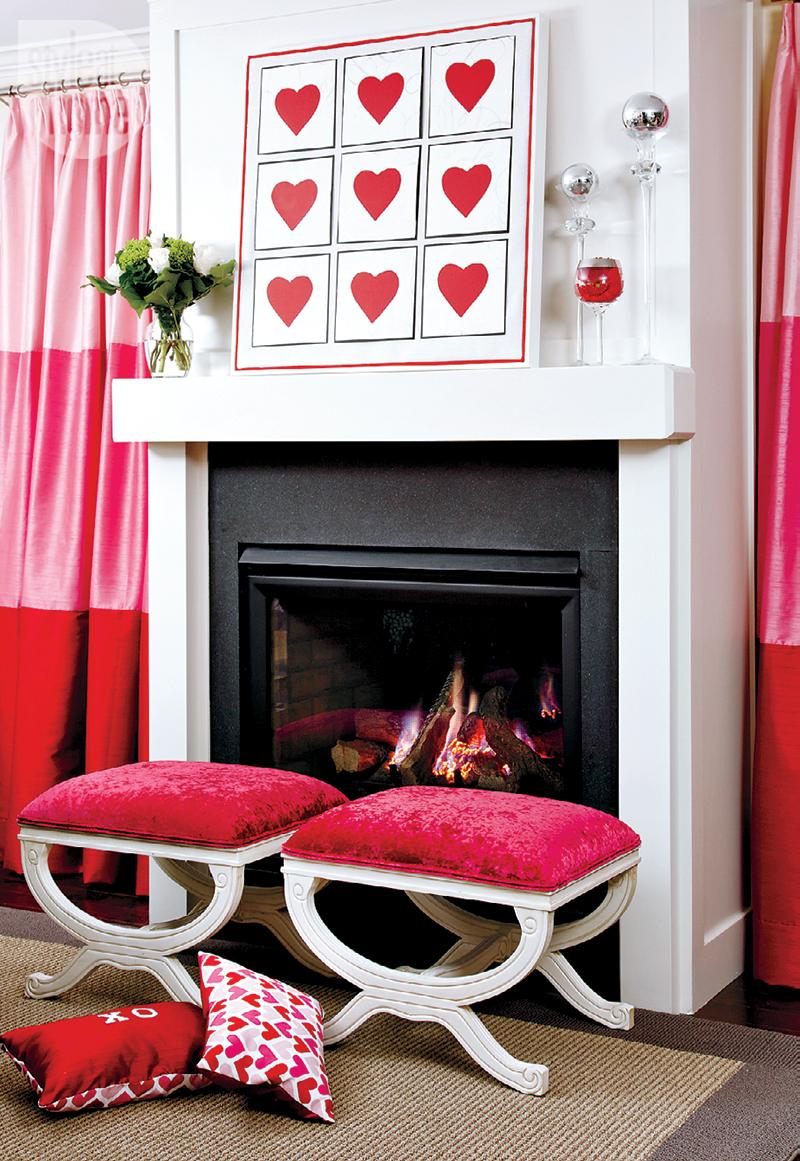 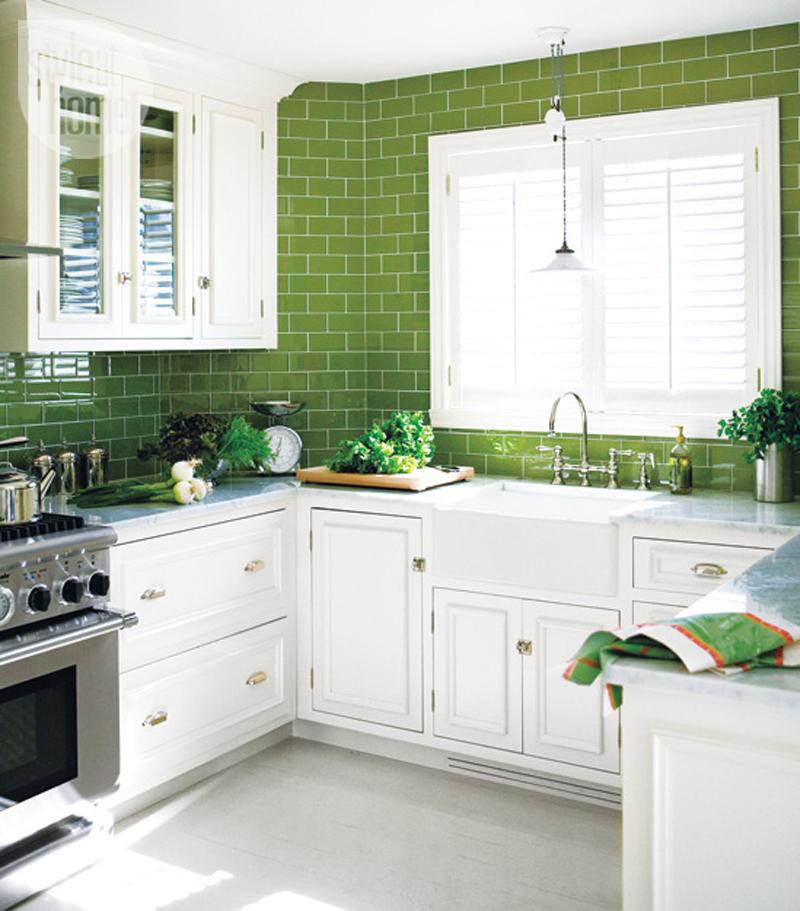 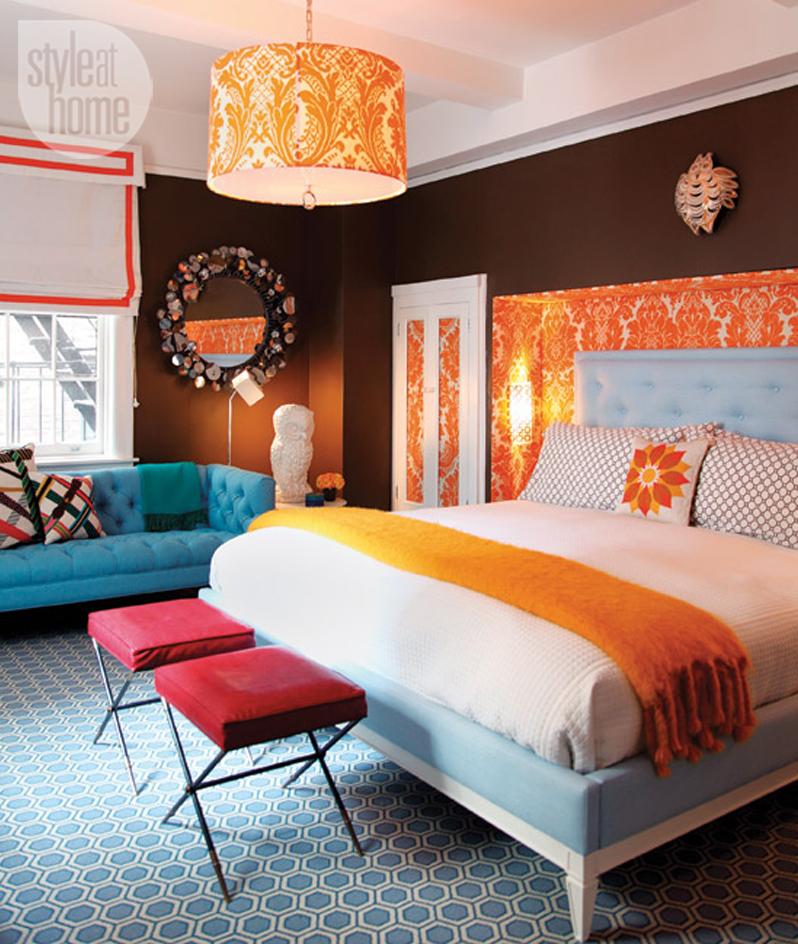 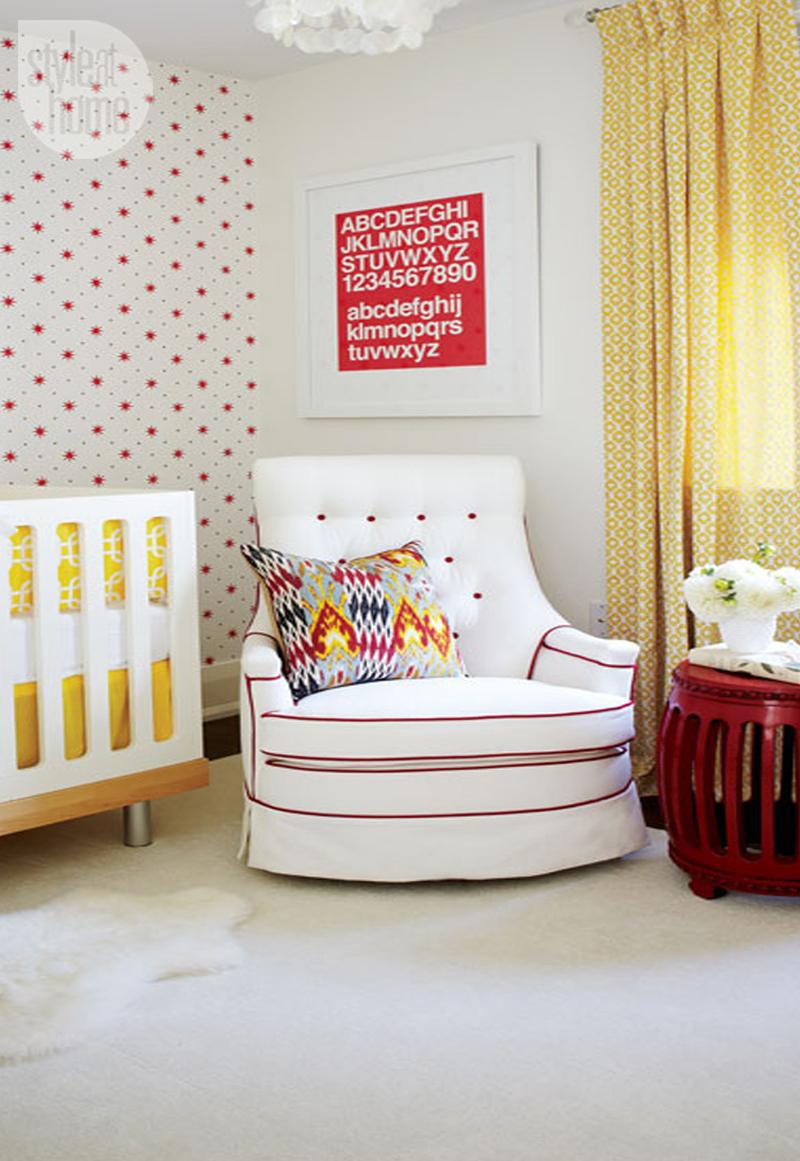 Purple has long been a colour associated with royalty. In ancient Phoenicia, the dye was painstakingly acquired from tropical sea snails, hence its exorbitant price and royal status. Its regal overtones continue today, and purple continues to be a high-impact, intriguing shade. Paint in 'Deep Purple' Available at: CIL paints available at Rona and Walmart Price: See stores for details

In contemporary times, designer Coco Chanel was highly influential in making black a chic choice for interior design, including her use of black-and-white walls and trim. Once considered morbid, this darkest of hues was a particular favourite of the designer. We think the injection of sexy black in this foyer evokes Chanel’s interior design style.

Pink was overlooked for centuries in favour of red, only coming into favour in the Rococo period of the 18th Century when it often appeared in patterns with blue. In the 19th Century, it represented young masculinity (boys dressed in pink clothing), but today it’s usually associated with femininity, as seen in this beautiful feminine bedroom.

The English designer Syrie Maugham is largely credited with introducing the public to the all-white room in the 1920s. Before then, the dark colours of Victorian England reigned supreme, but Maugham ushered in an era of white-on-white. Even books on display were jacketed in white vellum paper. This airy room is a crisp, updated all-white space in the home of Style at Home senior style editor Ann Marie Favot.

According to Blue: The History of a Color, this hue was once shunned by the ancient Greeks for being “ugly and barbaric.” Over time it gained favour, particularly during the French Revolution. Today, writer Michel Pastoureau says that most Europeans and Americans cite blue as their favourite colour. Blue is a chameleon, bringing energy when in a cobalt shade like this, but tranquility when in soft watery shades. Cobalt Glaze 570B-7, Behr, price upon request.

Image by: Style at Home By: Helen Racanelli Source: Behr

Red has always been popular in China, as it is associated with luck. In North America, red was used most widely during the Victorian era when ruby red and crimson walls took centre stage in formal sitting rooms. In modern use, we’re more likely to see red accessories, like these high-impact stools and drapes.

Ancient Egyptians believed the colour green offered protection and they used it often in paintings of Osiris, the god of the afterlife. The Impressionist painters of the late-1800s, such as Monet, introduced a wider-than-ever palette of greens into the contemporary design vernacular of the time. Their art influenced the array of green that’s used to suggest verdant earthiness today.

Humble brown has been a salient colour in homes for as long as homes have existed. It’s the colour of wood, soil and rough homemade cloth. Ancient Romans looked down at it as a colour of poverty, but being that it is the colour of natural wood, brown has never been considered unstylish in terms of interior design. It had a big burst of popularity in the early 2000s in the form of chocolate brown. Designer Jonathan Adler mixes it with orange in his master bedroom here for a strong play in contrast.

It’s unlikely you would have seen yellow used in homes in the Medieval era, as the colour was associated with Judas and, thus, betrayal and heresy (and not to mention the range of fabric dyes and paint colours available was limited.) By the 1700s, better synthetic and natural dyes became available and the colour regained popularity. Decorating with yellow has been popular in kitchens for at least a century, and is commonplace in nurseries as it is gender neutral.