Share
Share
Earlier this week I was invited to Holt Renfrew's holiday media event. Called "Northern Noel" the event ushered in the beginning of the holiday season at Holt Renfrew. Fashion and style press (including Elle Canada editor-in-chief Noreen Flanagan) were introduced to the charming Scandinavian motif and color scheme (rustic red and white). Throughout the store mannequins dressed in designer winter garb sat on vintage-look chairlifts, while other mannequins wore decadent evening wear paired ironically with ski goggles. But the best part of the party was the paint by numbers. Yes, you heard right. When I arrived at the party I was handed a glass of Moet and Chandon and a paint brush. 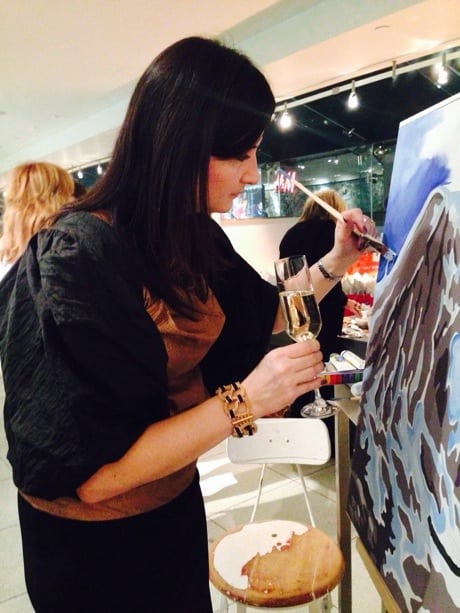 The paint by numbers emulated the winter mural at the Holts Cafe where the party was being held. 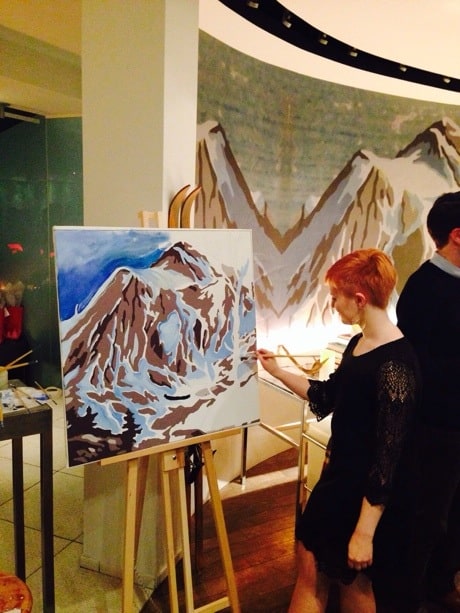 I love the idea of giving guests an opportunity to work on paint by numbers at a party. Guests can sign the back of it at the end of the night and you can make a record of what party it was from. After you've had a few parties, you have a brilliant start to an art gallery! Long story short, I'm thrilled that I was able to contribute to the painting. (I painted the dark blue above the mountains) (yes, I know I'm the next Van Gogh) 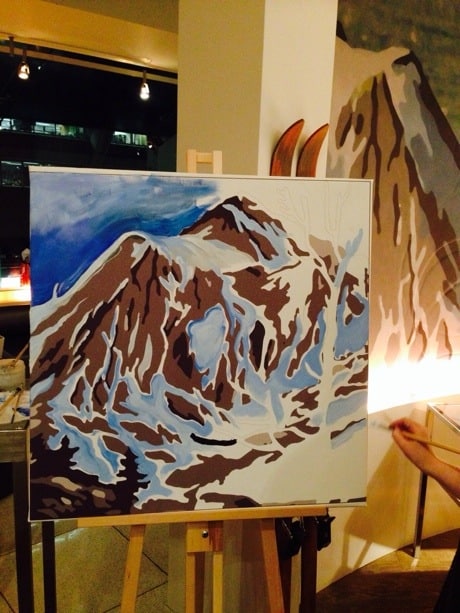 There was one small thing that I hadn't counted on. Let's just call getting dirty an occupational hazard! 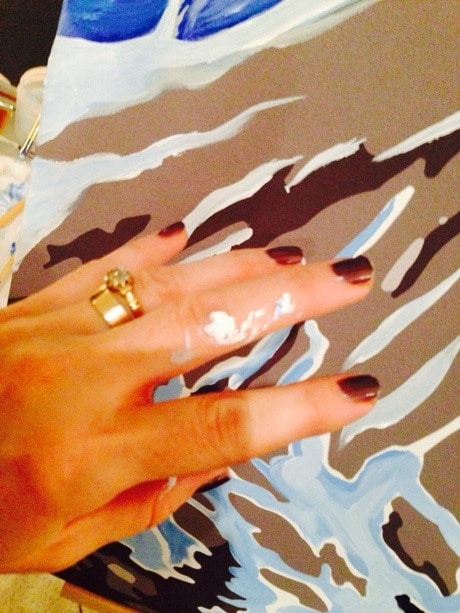 Fabulous party idea - no matter what the event