Vancouver-based architect Omer Arbel doesn’t set out to design living spaces that are merely beautiful and functional. For him, success depends on taking things to the next level – an exercise in architectural poetics. In order for a space to flow, he believes, a sensitive arrangement of existing elements and bold new textures must interplay. In this 33-by-150-foot loft, the end result of his theory is pure delight – a deliberate placement of rough and smooth, rustic and sparkle, perfectly punctuated by a central shaft of open sky. 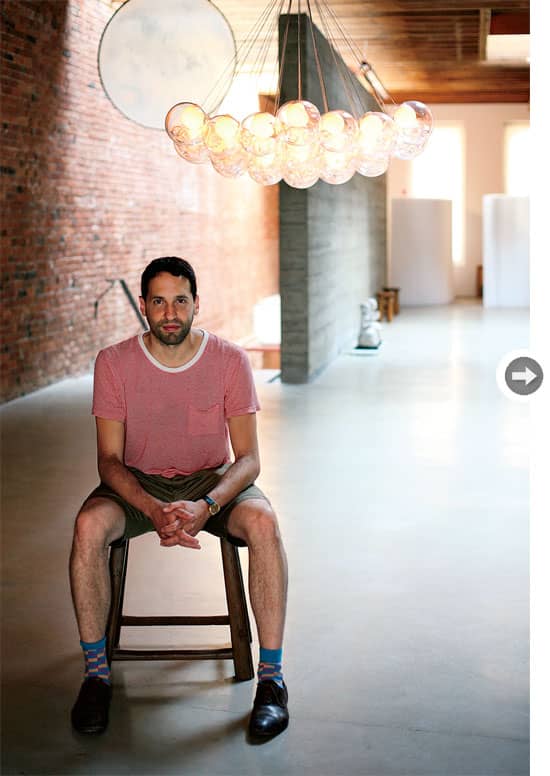 The architect: Omer Arbel
Omer Arbel, architect and creative director of city chic contemporary design house Bocci, sits beneath the Bocci 28.37, a pendant of his own design. 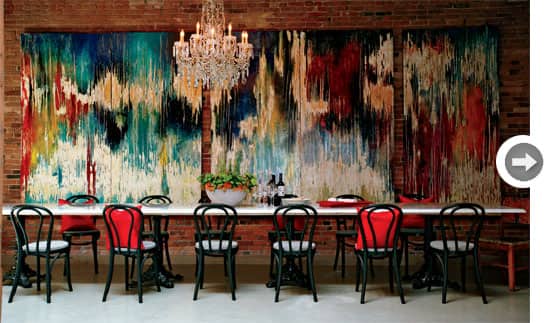 Dining room
The massive dining table is a replica of one at nearby hot spot Salt Tasting Room restaurant. A modern abstract painting by Charles Forsberg and a stunning chandelier enhance the scale and conversation. 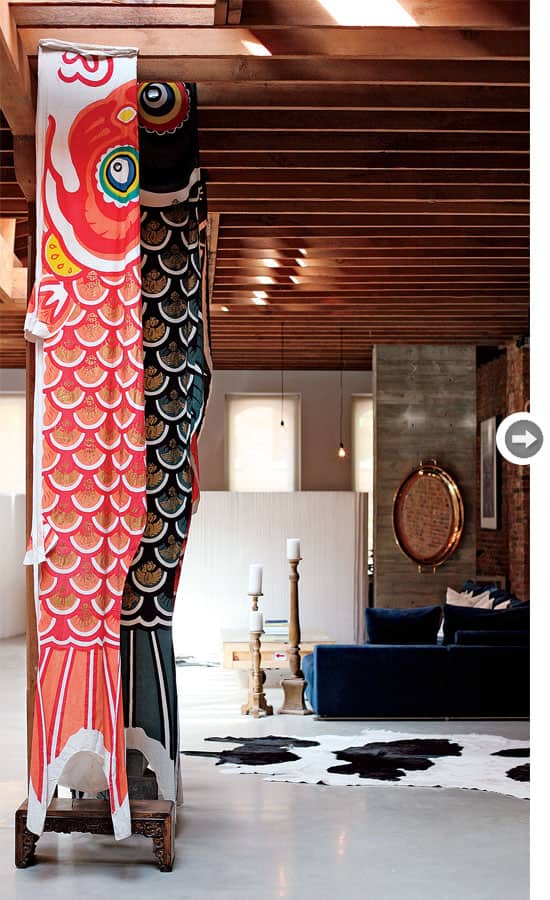 2  Embrace the contrast between old and new. “It’s a tense conversation at times, but within that tension there’s a wonderful place to inhabit,” says Omer.

3  Use “reveals” to delineate materials. Allow for breathing space in the transition from new walls and fresh flooring options to existing walls and ceilings.

4  Apply discreet trim to define the lines between vintage and modern elements. 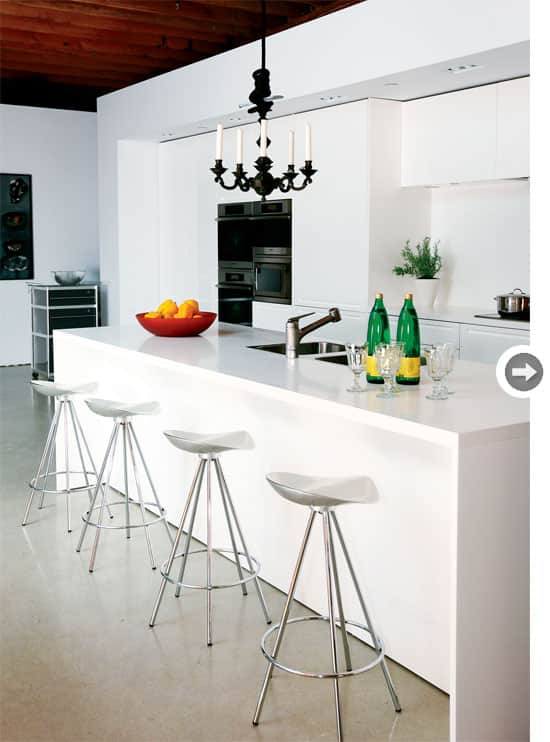 Industrial kitchen design
The primary goal was obvious -- add light and make it inviting -- but far from simple. "This was a cavernous space in a not-so-pretty neighbourhood," Omer says. "We decided to concentrate on light and create a sort of cube of nature in the middle of the floor plan rather than open up the views to the streetscape." The streamlined custom-design kitchen faces the chic courtyard. 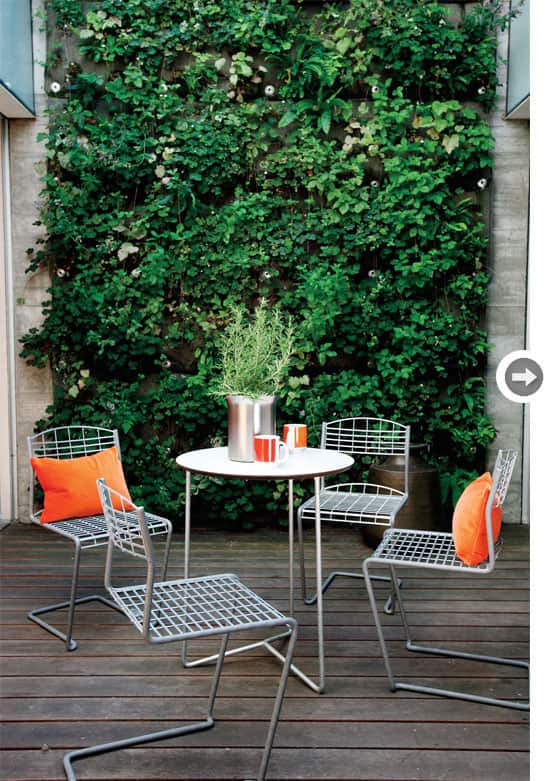 Chic courtyard
Partly inspired by the work of Mexican architect Luis Barragán, the courtyard is a “window to the sky.” 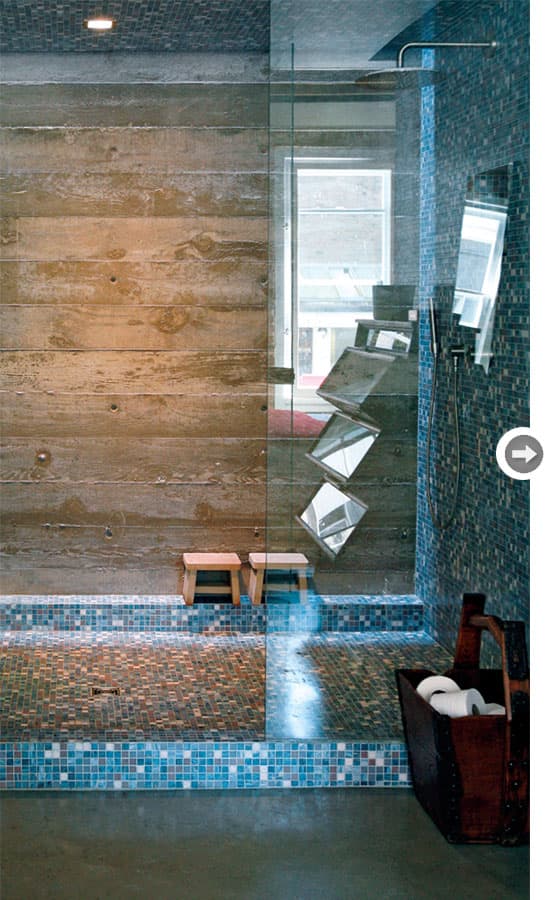 Bathroom design
"The master bath is a glass box, in the same language as the courtyard,” says Omer. A sliver-like opening to the sky allows for a wonderful wash of light over the shower. 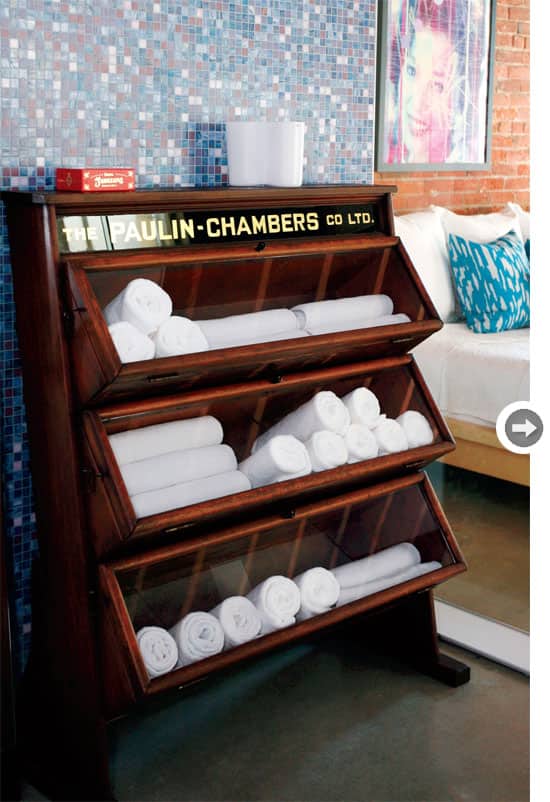 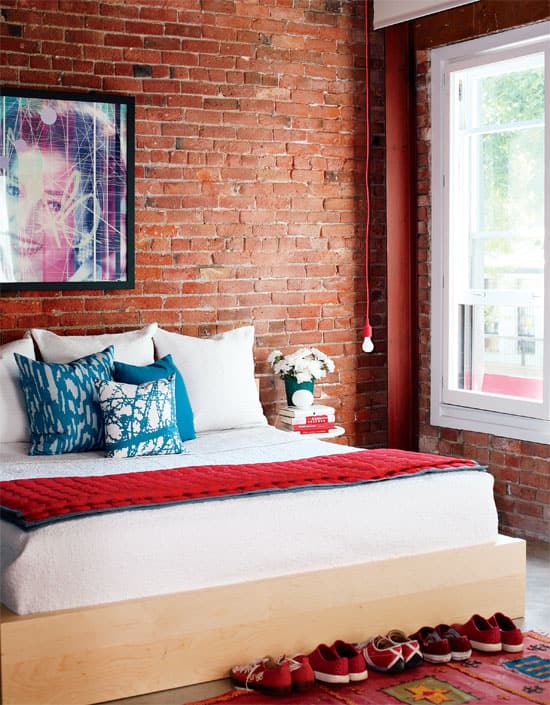 Romantic bedroom
An inexpensive IKEA bed and funky artwork blend seamlessly into the functional space. Those walls, original to the loft, were left deliberately raw. "We sandblasted the bricks  but kept them rough," says Omer.

For more interior inspiration, check out our Interior design guide.