Share
Share
Passover is a Jewish holiday that celebrates Spring and the story of  Exodus, as told in the Torah or Old Testament. The holiday begins with the seder meal, a festive gathering with family and friends filled with wonderful traditions. Seder translates to 'order' in hebrew, which is the perfect name because there is a specific order in which you eat the symbolic foods from the seder plate and sing the corresponding blessings and songs.

Seder plates used to be pretty standard with spots for each food written in hebrew writing, but now there are designer seder plates that pump up the decor factor on your seder table.

Whether you're modern, traditional or transitional there is a seder plate for every style! 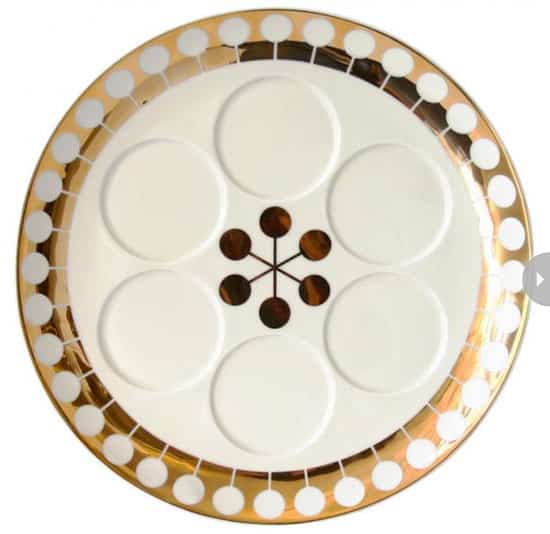 Mid-Century Mod seder plate
Great for a younger couple starting their own traditions or for a more contemporary home, the gold sputnik design is unexpectedly glamorous! Jonathan Adler, $150 US. 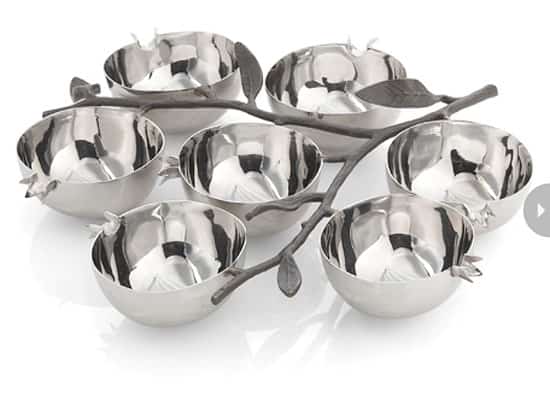 Traditional artisanal seder plate
This beautifully silver sculpted version is destined to be a future heirloom and adds a sense of hand-crafted whimsy to your seder table. Michael Aram, $259 US. 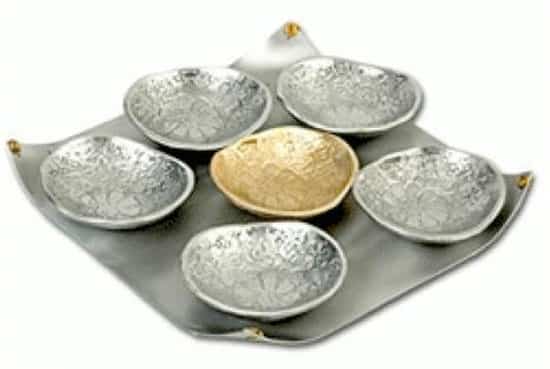 Traditional and tasteful seder plate
Made of aluminum with gold accents by an Israeli artist, this updated design looks equally at home in traditional or modern dining rooms. Israel's Judaica, $199.99.