Share
Share
Whether designing a family-friendly home or a restaurant interior, the obvious tenet for any designer is to have a firm understanding of the client's lifestyle and needs. Interior designer Amanda Hamilton, Creative Director of Amanda Hamilton Interior Design in Calgary, Alberta, comfortably takes this a step or two further. A self-proclaimed rule breaker of the industry, Amanda insists on taking down the barrier between client and friend, faithfully following her mantra, "Design like you give a damn". Her bold and fearless attitude combined with her personable nature result in beautifully dynamic spaces, both residential and commercial. 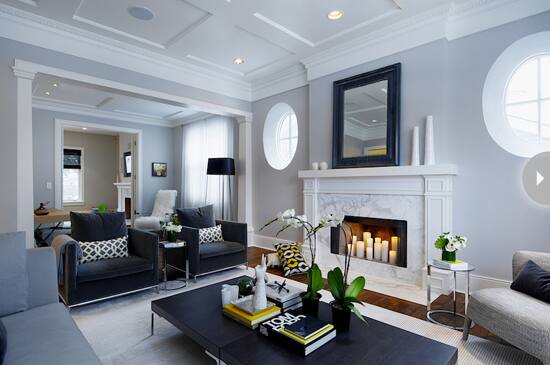 1 If you could shadow any designer for a day, who would it be?
Amanda Hamilton Kelly Wearstler. Besides the fact that she is wildly stylish and her LA Boutique has captured my heart (and my pocketbook), I respect her fearless approach to colour, texture, pattern and shape. Wearstler’s design aesthetic is bold, packed with character and unapologetically authentic. It’s inimitable. Her story resonates with me as we share similar childhood stories with tales of early entrepreneurial pursuits and strong female role models. I deeply respect her and relate to her unrelenting commitment to exploring all aspects of design and her insatiable curiosity.

2 Where do you look for an obscure source of inspiration?
AH I don’t really look for inspiration – it just seems to find me. It shows up when I am truly present and engaged in a moment. For me, the creative process is serendipitous. Everything in life that has meaning has a story so it’s always about the story. Stories have integrity.

3 Favourite restaurant?
AH Given a large part of our work is in the hospitality industry, I’ve made it my business to eat my way through life – my barely wearable skinnies can prove it. When I travel, the days are always ended at the best restaurants. When I’m at home in Calgary, Alberta, my personal favourite is Taste. It’s a small 30-seat restaurant in Victoria Park and they do everything right – experimental food tastings, weirdly branded IPAs, bizarre Tweets, hipster music and servers named “Bill”.

4 What’s your favourite room to decorate?
AH The living room. It generally has the greatest number of components to coordinate and, therefore, is more complex. I like a good challenge. The goal is always to maximize seating that encourages conversation and connection while being both stylish and comfortable. The focal point needs to be considered – whether it’s the fireplace, media center or a view. Lastly, layering in finishing touches like drapery, wallpaper, throws, toss cushions, accessories, artwork, sculpture, books, flowers, etc., can be quite an undertaking. 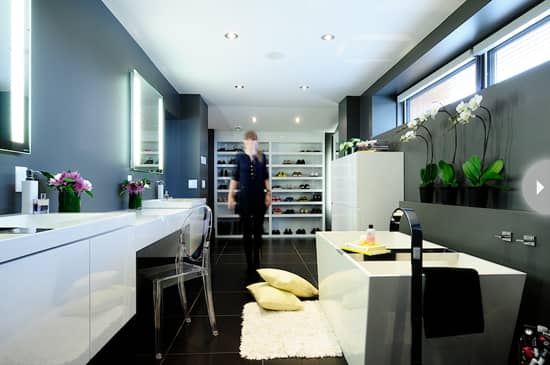 5 What’s your current paint colour obsession?
AH Truthfully, I loathe picking out paint colours as much as I loathe looking through sales racks. I find the paint fans overwhelming and instead tend to fall in love with colours I find in fashion, nature or in paintings that I can pull from. With that said, I’m a fan of Placid by Benjamin Moore and Architectural White by C2.

6 If one song could be the soundtrack to your life, what would it be?
AH Friends are always teasing me about my “depressing” music selection; however, I do have a wide selection of tracks. My collection includes just about every genre of music and my preferences change frequently. At the moment, I’m really into funk, electronica, French jazz and piano concertos. If I had to chose a song that would defy trends and time, it would be Bach’s Air on The G String. (Runners Up: We Don’t Eat by James Vincent McMorrow and Hide and Seek by Imogen Heap).

7 What’s the one store you could spend hours browsing?
AH I probably couldn’t spend hours browsing any store but, if I were to, it would likely be a warehouse that stores vintage furniture or reclaimed items. Large stores overwhelm me unless they are clearly marked and organized. If not, it’s likely I’ll be asking the sales attendant for a glass of wine!

8 London, Paris or New York?
AH I have yet to travel to London or Paris; however, New York captured my heart the moment I walked into my 300-square-foot hotel room and had to step over my bed to get to the bathroom. There is such an incredible sense of energy in this city which doesn’t end, even in the wee hours of the morning. Mexico City felt much the same way to me. I loved it. 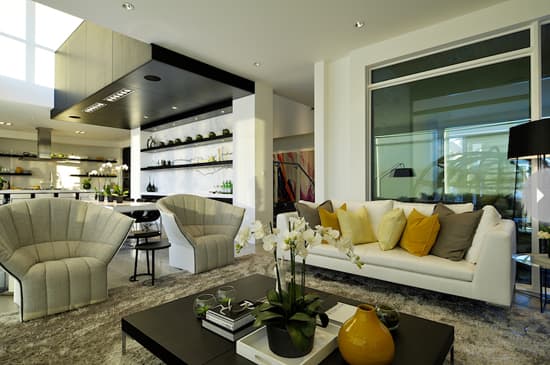 9 If money were no object, what one thing would you buy?
AH Despite the fact I’m partial to a monohull, I would buy a catamaran so that I could go sailing with my grandfather. When I was little, he used to own a small 20’ Monohull called the “Godolphin”. Now, he’s into to the Maine Cat 30, so I would buy it for him and have him take me to his favourite place to sail, the British Virgin Islands.

10 What do you consider to be the most iconic design piece of the past century?
AH ”Design” covers so many genres so I’m of course tempted to list a few iconic items. For colour, Hermes Orange (which resembles ‘ Tangerine Tango’, Pantone’s colour of the year for 2012). For pattern, the heavily commercialized scull motif of Alexander McQueen. For fonts, I love the bold confidence of Marc Jacobs and Tom Ford. For detail, Christian Louboutin’s signature red sole. For furniture, the most consistently used piece that spans all styles of design – the Eames molded plywood chair.

11 Favourite movie?
AH I dig anything Sci-Fi, but I also really love complex storylines where plots overlap and create connections between characters that were previously unrelated. A few of my favourites that follow this style are Love Actually, Crash and Cloud Atlas.

12 What’s your favourite movie interior?
AH Oceans 13. It’s been a long time since I’ve seen it but I remember being inspired by the glamorous interiors. Also, Brad Pitt and George Clooney were easy on the eyes. 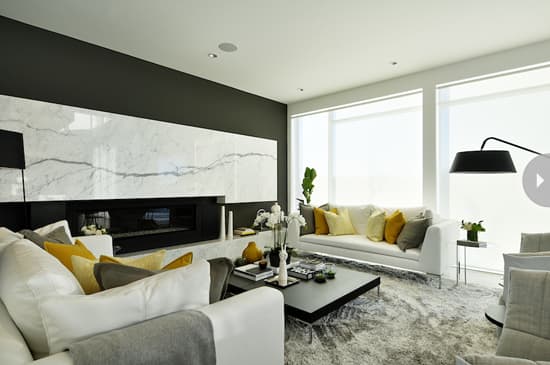 13 What do you think is the easiest way to update a room?
AH Move things around. Shop in your own home. Sometimes all you need to swap a chair from one room to another, switch out a piece of art or rearrange your decor accessories. A few small changes can make the room fresh and interesting again.

14 Best coffee table book?
AH Tom Ford. It is bound in rich black linen with oversized san serif white foiled font. As a designer, he epitomizes an understated confidence that is classic and effortless, but incredibly stylish.

15 What’s your favourite way to spend a lazy Sunday?
AH Typically, I’m not very habitual but my Sunday routine is very much so. The day starts with a Chai Latte and documentaries in bed. In the afternoon, I write and read while listening to classical music – I’m very much into Debussy right now. Generally, I pop over to the farmers’ market and then prep delicious meals for the week while listening to Sinatra and drinking wine. The evening ends with a bit of reading (currently on a classics kick) and perhaps a television series on Netflix.

16 Do you like to be the entertainer or be entertained?
AH I love both, but do particularly love entertaining other people. Even when we aren’t the ones throwing a get-together or hosting a dinner party, I can be found in the kitchen or making rounds to ensure drinks are filled. Friends are family to me so I very much like to take care of people to ensure they are enjoying themselves. 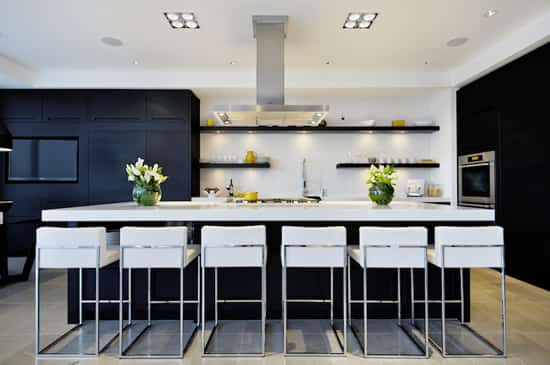 17 What do you think is the best renovation you can do to your home?
AH The kitchen. For many, it is the heart of the home and the place to gather while entertaining. As such, ensuring it integrates well into an adjacent seating and dining area is important. The kitchen, alongside the master ensuite, is also one of the most influential selling points for new buyers.

18 What is your favourite space that you’ve designed?
AH Despite many unforeseen site conditions and bumps along the way, I loved the challenge of designing the 80th & Ivy Modern Kitchen restaurant in Calgary, Alberta. It was a concept that the client and I worked closely together on and is rooted in his family history. We were able to showcase the concept through various avenues, including architectural salvage, vintage accessories, photography and branding. The goal was to create a space that encouraged conversation and connectivity.

19 What’s the biggest design faux pas?
AH Matching furniture. Consumers get trapped in big box retail stores and are misled to believe that they should purchase everything in one shop as a set. It’s like dressing all in one brand – it lacks confidence and style and, ultimately, results in lackluster, predictable interiors.

20 Marilyn, Audrey or Jackie?
AH Audrey. The dichotomy of her personality, both on and off screen, is charming. She is all at once whimsically innocent while maintaining an effortlessly fearless persona. Her style was classic and sophisticated without being conventional or conservative.