Share
Share
Charles Pollock, the Mid-Century Modern icon has made a name for himself designing furniture for the likes of Florence Knoll and George Nelson. At 82 years old, he's still at it, having designed a brand-new lounge chair collection for Berndhart Design, and we absolutely love it. 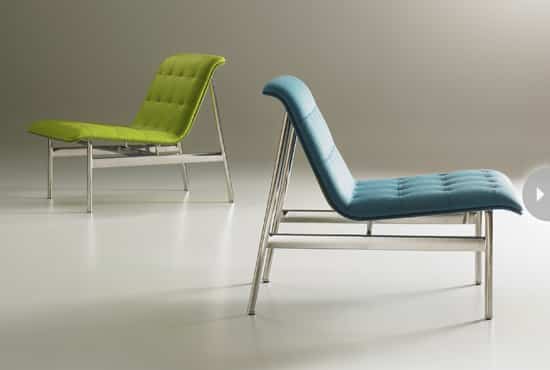 STYLE AT HOME: Tell us about your first memory of design.
Charles Pollock: I started painting, drawing and playing with mechanics in the basement of my family home from a young age – once, I built a motor out of odds and ends like nails, wires and magnets. I didn’t decide to become a designer until I went to the Pratt Institute, where the heads of the Industrial Design department talked me into switching from painting to industrial design. What’s interesting is that today companies want drawings, not three-dimensional models. So, my artistic ability really helps me design.

SAH: What were the major stages that lead to you working as a designer with the likes of George Nelson and Florence Knoll?
CP: George Nelson came to guest lecture when I was at Pratt, and I heard he admired a sculpture I had on display there. So I packed it up, brought it to his New York office – he had the fanciest office back then! – and presented it to him as a gift. That opened the door to working with him on the Swag Leg Collection, which started my career.

With that under my belt, I tried to meet with Florence Knoll, but couldn’t even get an appointment (she had important designers like Saarinen working there at the time). When an interiors magazine did an article on me that was picked up by a number of other publications, I went to see Florence again, carrying a prototype of the Swing Lounge 657 Chair in my arms. When I got off the elevator to her office, I knocked her down with the chair. Literally! It was a funny way to meet, but I apologized and we began working together. 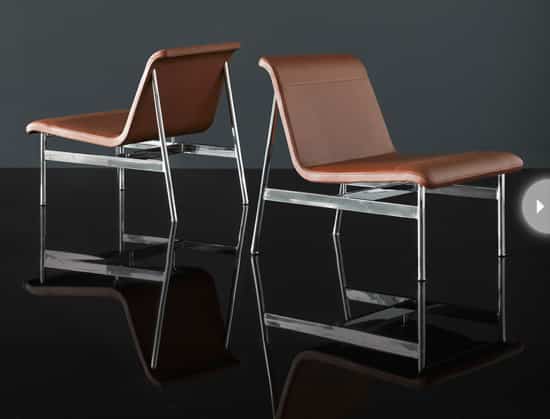 SAH: What was one of the greatest moments in working for Florence Knoll?
CP: I talked Florence into giving me financial support so I could eat and pay my $20/month rent. I moved above a drugstore in what was one of the worst slums in Brooklyn and stole the drugstore’s electricity through the basement. It was illegal, but it allowed me to weld and work on my chair. Florence wouldn’t take no for an answer – she kept pushing and pushing for me to perfect the chair, which was really difficult to engineer at the time. So this was the moment: living on nothing for all those years to produce a chair that ultimately made millions.

SAH: Did you anticipate that the 1963 Executive Chairs would be such a success?
CP: When you design a chair and finally the product is in front of you, you start thinking “I should have made it bigger, I should have put different arms on it, I should have, I should have…”. The Executive Chair is successful because I made it over and over again, improving it each time. I worked for years on the soft wrinkles, buttons and tufting, to get them just right. Even once the chair became a success, I was still focusing on what I could have done. Success never lasts in my mind and I am only now, looking back, satisfied with that chair.

SAH: What were you trying to achieve with the Executive Chair?
CP: There weren’t really any specific office chairs on the market back then. Computers were just starting to be used and I wanted to design a beautiful, comfortable chair that offered movement and function while sitting at a desk. I was one of the first furniture designers to focus on ergonomics. Visually, the contrast of the chair’s plush appearance and the sheer elegance of the sparkling aluminum frame draws you in.

SAH: Why do you think it is still relevant today?
CP: Comfortable and sensual never goes out of fashion.

SAH: Who influenced you as a designer when you were just getting started?
CP: Charles Eames and Eero Saarinen. I looked at everything they did.

SAH: What had you been doing before Berndhart Design approached you to design this collection?
CP: I paint and sculpt every day. I’m an avid skier. As far as furniture design, I spent years approaching companies and after a lot of effort – I’d send pictures, I’d write, I’d call – I got nothing back. I made one really good chair for Olivetti, but lost the project when the company went bankrupt. But I kept drawing, and then one day Jerry Helling, the Creative Director for Berndhart Design, wrote me a letter saying, “I love your chairs. Would you consider designing for us?”

SAH: How did he convince you to say yes?
CP: I didn’t know if they sold two chairs a year or two billion chairs a year, but after the letter Jerry wrote me, it didn’t matter. I didn’t do any research, I just knew if we worked together we could produce a good chair.

SAH: How would you describe the result?
CP: The result is a beautiful, simple chair. It looks like it has speed because the legs are tilted back at a strong angle, but the quilted panels soften it. It looks modern and classic at the same time. 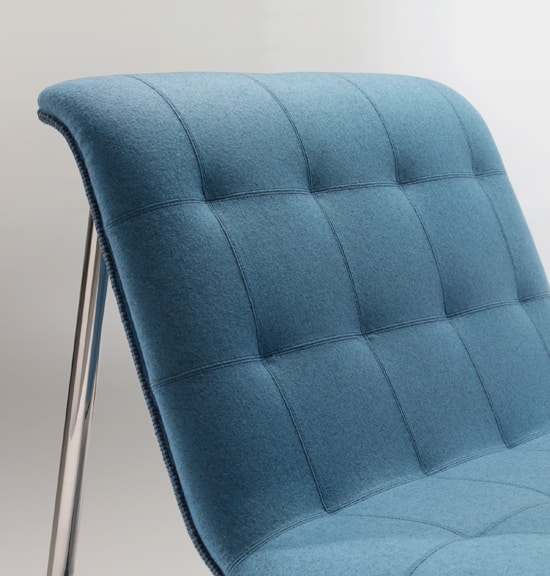 SAH: How is your own home decorated?
CP: With a lot of my own furniture: the 657, the Penelope, the Executive Chair and tons of my paintings and sculptures.

SAH: What’s next?
CP: A new product for Berndhart Design and, of course, more drawing, painting and sculptures.

SAH: Anything else you would like to add?
CP: I’m lucky to have the talent. It came out of the blue, because nobody in my family had any talent. But working with George Nelson and Florence Knoll was more than luck – I really earned that. I sought them out, I figured it out, I did it properly and had the drive to get it done.