Share
Share
Have you ever wished, while shuffling through the aisles of the supermarket, that Curtis Stone would pop out of the produce section and offer to cook dinner? The Aussie host of TLC's hit show Take Home Chef may not be able to make a cameo in all of our kitchens, but with a sizzling new cookbook, Relaxed Cooking with Curtis Stone: Recipes To Put You in My Favorite Mood ($38, Clarkson Potter, 2009), and a line of kitchen aids at The Bay, the handsome gourmand is on a mission to make "ease" the most important ingredient in every dish.

Style at Home: Over the course of filming Take Home Chef, you cooked in more than 140 domestic kitchens. What makes for a great kitchen?
Curtis Stone: Bigger isn't necessarily better -- what's more important is that the space available is used to its full potential, and that it’s a space you want to spend time in. If you really like to watch television, buy a big wide-screen television for your kitchen -- whatever it takes to make your kitchen sexy! For me, sexy means an open layout. Even in professional restaurants, the trend has shifted from hiding kitchens away to putting them out in the open and on display. At home, a lot of my entertaining takes place in the kitchen, and the open plan makes it a natural place to come and hang out. That, and the disco ball I have hanging from the ceiling! 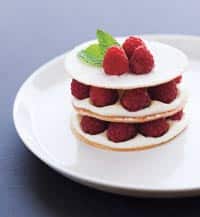 S@H: What's your kitchen organizing style? Are your utensils stashed away or put out on display?
CS: I think the kitchen should always look full, like it's ready to be put to work. My kitchen is stocked with every gadget known to mankind, and some of the things I use every day -- my juicer, blender and spice rack -- aren't light. Those
are the things I leave on the countertop so they're ready to go when I need them. If things are hidden away and have to be dug out of a drawer, you won't bother using them. Having said that, functional counter space is important -- it's all about choosing the right equipment to live on the counter.

S@H: For Take Home Chef, you traded in your industrial restaurant kitchen surroundings for domestic digs. Was it a difficult transition?

CS: The major difference is that in a professional kitchen, I can be really messy! I’ll spill something, or drop it on the floor, and it’s no big deal because someone’s going to pass by with a mop and broom in the next couple of minutes. You can be rougher in professional kitchens -- you’ve got stainless steel on

all the walls instead of plaster, so you can throw things around a bit more. I also wasn’t prepared for the distractions -- the pressures of putting on a dinner with kids and pets running about! 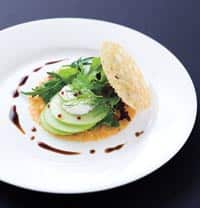 S@H: You’ve lived and cooked all around the world – the Savoy in Australia, Michelin-star restaurants in London, and the U.S., where you now live in L.A. Who has the best kitchens?

CS: It’s hard to beat North Americans’ kitchens, because you spend so much more money on your homes than people do in the rest of the world. However, I’ve seen amazing kitchens that tend to be more basic by our standards, but are just as impressive in other ways. In Thailand, a family may only have one wok to cook with, but they have a pretty extensive list of ingredients. In Brazil, a modest kitchen will be outfitted with big skewers for churrasco-style cooking over coals, and six different salt rubs for specific types of meat. These kitchens aren’t packed with a lot of stuff, but what they do have is quite specialized.

S@H: The name of your new cookbook is Relaxed Cooking with Curtis Stone: Recipes To Put You in My Favorite Mood. Do we tend to stress out in the kitchen?

CS: Completely. I think a big mistake people make with cooking is that they assume it’s going to be involved. I’m an Aussie and pretty laid back, so I like food to be approachable and fun. 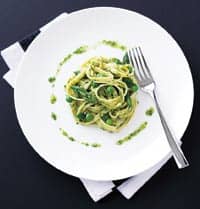 S@H: So you never get stressed out? Even when you cooked for the queen of pop, Madonna?

CS: Madge is always cool. We did chef Marco Pierre White’s 40th birthday at Mirabelle, and she came to that. Actually, other chefs are probably the hardest people to cook for!

S@H: What would you eat as your last meal?

CS: White truffles. I don’t know if they’re a sexual experience like they’re rumoured to be, but they’re a bloody good one.