If your home is a reflection of you, it should be filled with things you love and relics of your past. In this excerpt from his latest book, The Things That Matter, Nate Berkus highlights how a space can truly shine with personality.

"Each object tells a story, and each story connects us to one another and to the world. The truth is, things matter. They have to. They’re what we live with and touch each and every day. They represent what we’ve seen, who we’ve loved and where we hope to go next. They remind us of the good times and the rough patches and everything in between that’s made us who we are.” - Nate Berkus, The Things That Matter 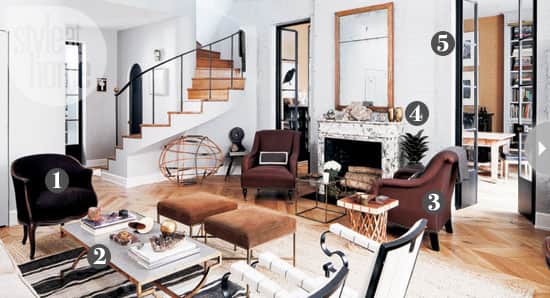 1 Sidechair
“I have had that little brown chair for 20 years, upholstered in cashmere.” Nate would be the first to tell you that sometimes it’s those forever pieces that first make a new space feel like home. “My space reflects the life I’ve lived so far, and it’s filled with stuff that has been with me for years.”

2 Coffee table
Some of the pieces Nate loves most are the ones he salvaged and repurposed for a personal touch: “The coffee table used to be a bench, but I replaced the top with a piece of old Belgian limestone.”

3 Side table
Ten years ago, if anyone had told Nate that he’d buy the chunky 1950s Mexican pine table, “I would have recommended you be institutionalized,” he says. But now, it sits in his living room, “and I couldn’t love it more.”

4 Fireplace
The 19th-century French fireplace speaks to Nate’s love of the weathered and worn: “Give me something cracked or banged up, give me tarnished brass or mottled brick...and I’m home,” he says.

5 Glass doors
The custom iron-and-glass doors leading from the living room to the dining room were inspired by Nate’s time spent in France (including a college year in Paris). “I love the idea of metal interior doors,” he says.

"It drives me crazy to see a friend trying to get by without beauty and comfort and at least a few tangible reminders of the things that really matter. I’ve always had a need to make sure my friends feel genuinely at home in their homes. And Corin Nelson isn’t just a good television producer; she’s also a good friend.” - Nate Berkus, The Things That Matter

Moving from L.A. to become executive producer of The Nate Berkus Show, Corin Nelson needed Nate’s help in making New York feel like home. “I believe in surrounding yourself with things you love. Corin believes you spend two weekends [at one store], and you’re pretty much set.” So he went to work, finding accessories that capture Corin’s personality, to make her space really reflect who she is. 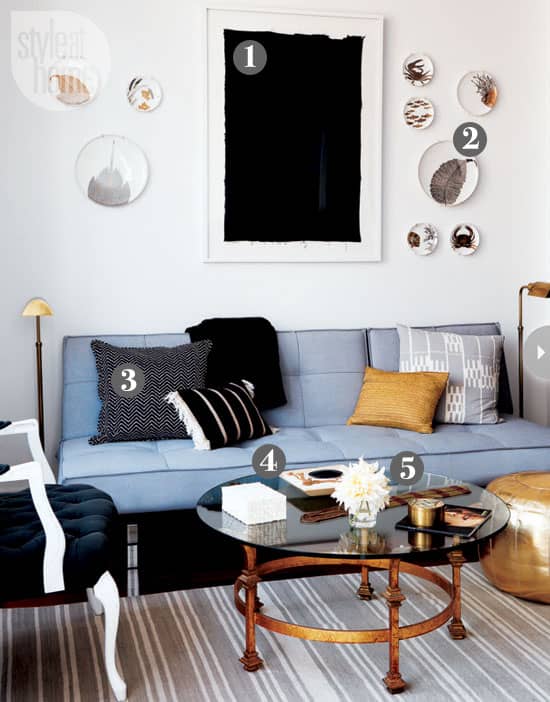 1 Fabric art
A piece of fabric found in Venice Beach adds an element of the California cool Corin moved to New York from.

2 Plates on the wall
Isn’t art always a bit more special when you’re related to the artist? The collection of plates hanging on the wall behind the sofa are from a collection of tableware made by Corin’s sister, Shawn.

4 Ironstone
It’s a “perfect melding of sleek, contemporary sculpture and raw nature,” says Nate. This small oval iron sculpture by a Japanese artist captures both Corin’s chic-and-tailored and rock-’n’-roll sides. She was so proud of the find, she bought one for Nate, too.

"The problem was that [Dr. Ruth] had so many things that meant so much to her – that reminded her of how far she’s travelled – she could no longer see the forest for the trees; the things that mattered most had become a blur. I wanted to give a place of prominence to what was truly important.” - Nate Berkus, The Things That Matter

Dr. Ruth Westheimer, radio sex therapist and talk show personality, invited Nate to help her reorganize her New York apartment with one stipulation: “You cannot tell me I have to get rid of anything.” Here are some of the highlights that Nate loves. 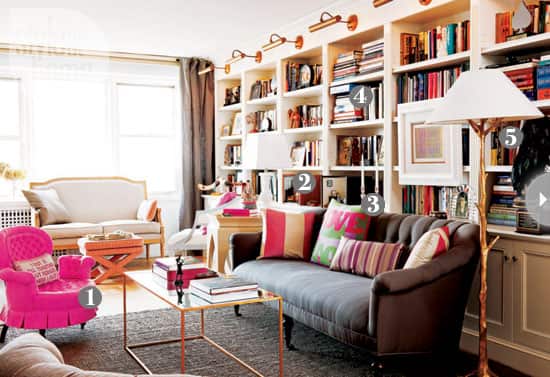 1 Palette
Taking his cue from Dr. Ruth’s “uniform” of black slacks with a bright blouse, Nate threw in cheerful accent colours like emerald green, plum, coral and shocking pink throughout the room.

2 Turtle
A collector of those slow, shelled creatures, Dr. Ruth told Nate, “When a turtle wants to get anywhere, it has to take a risk – it has to stick its neck out in order to move forward. I believe in that image.... It’s how I’ve always gotten by.”

3 Toss cushion
The “Love” toss cushion is a nod to her career as a sex therapist: “That’s really what she’s all about,” says Nate.

4 Bookshelf
From The Art of Florence to The Art of Seduction, Dr. Ruth is a bit of a book collector – including the 34 she authored herself.

5 Feathered cadet hat
This special gift was bestowed upon Dr. Ruth after giving a speech to 150 Jewish cadets at West Point military academy. Honouring the U.S. military is important to Dr. Ruth as she lost her parents in the Holocaust.

Get Nate Berkus's style for less
Now that Target has opened its doors in Canada, we can snap up the fruit of its coveted collaboration with Nate and bring his signature flair into our own homes at an affordable price point. 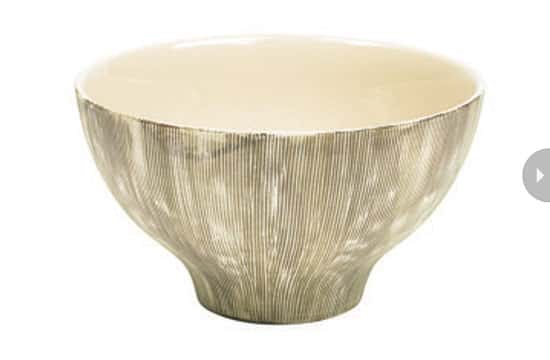 Organic and original
With its beautiful etched exterior, this elegant ceramic bowl looks like a one-of-a-kind creation and is perfect as a catch-all for odds and ends on an entryway table. Ceramic Etched bowl, Target, $17. 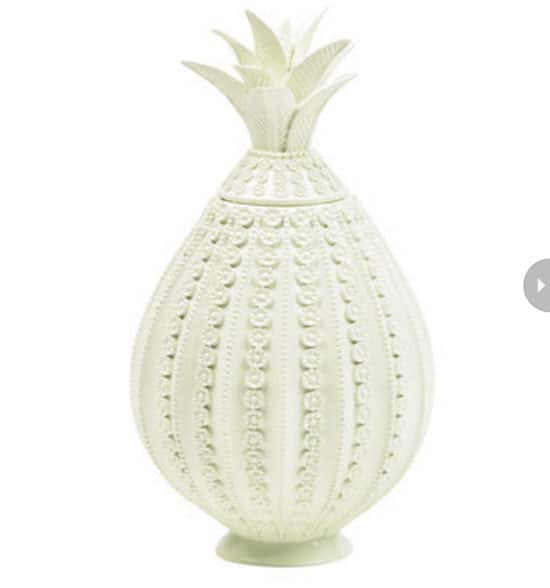 Everyday exotic
This lacquered pineapple objet would make an unexpected addition to a styled open shelf or mantelscape. We love how sculptural and sophisticated it looks while maintaining a quirky, tropical vibe. Resin Pineapple Sculpture in Cream, Target, $25. 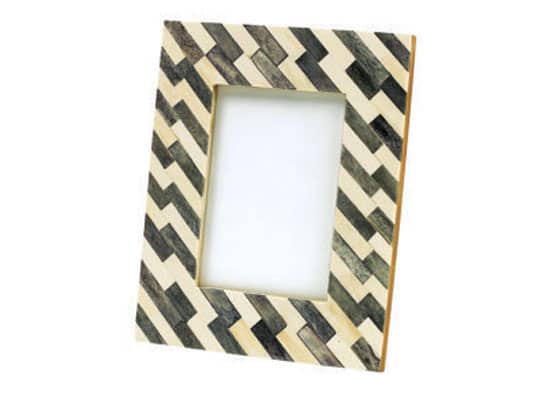 Graphic & global
Mimicking the look and feel of an exotic souvenir you might find on your travels, this inlaid frame is a graphic way to display cherished snapshots. Frame, 5" x 7", Target, $10.

Get more home design tips from the pros with our interior designer directory.