“There are two major trends I’m drawn to for 2017,” says Christiane. “One is this über-minimalism coming from Parisian designers like Pierre Yovanovitch and Joseph Dirand. The other is the exact opposite: pattern, saturated colour and statement chandeliers. Dimore Studio in Italy is doing lots of that, with plenty of Gio Ponti references. Both trends are at opposite ends of the spectrum, but they’re equally impacting interior design right now.” 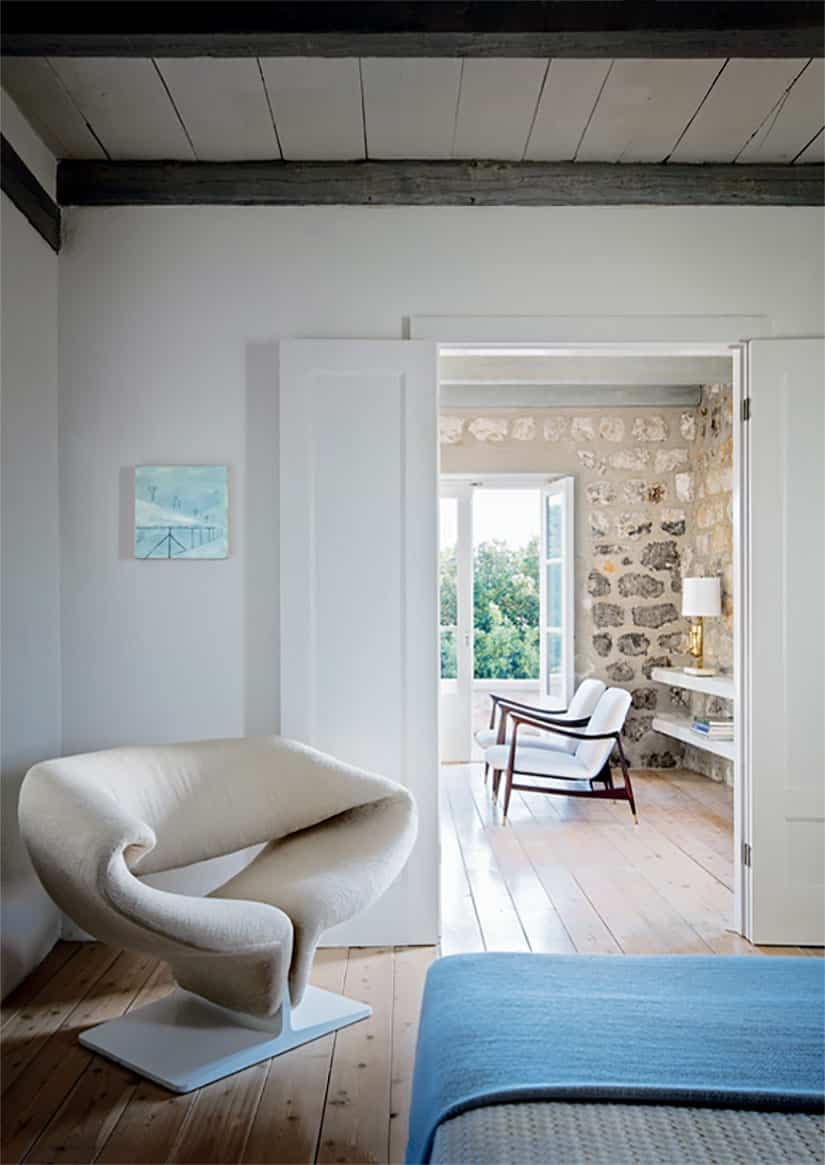 Of the trends designer Christiane thinks we’ll see in 2017, über-minimalism appeals to her the most. “My personal style is minimalist luxe,” says Christiane. “I like clean lines and high-quality materials. My rugs are solid, but made of silk. My upholstery is in varying shades of taupe, but I’ve used beautiful linens. All day long I look at, write about and design stuff, so I want my home to be a respite from that world.” 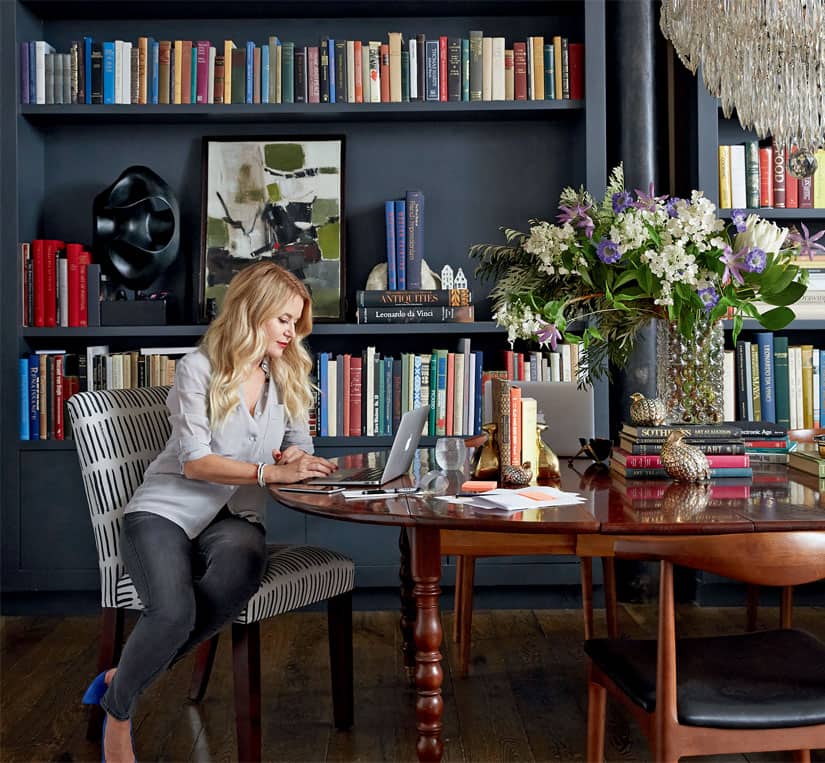 Dark, sultry and striking, Christiane’s office is a departure from the muted, minimalist style she lives with, but it’s an excellent example of the luscious luxe trend she sees emerging. 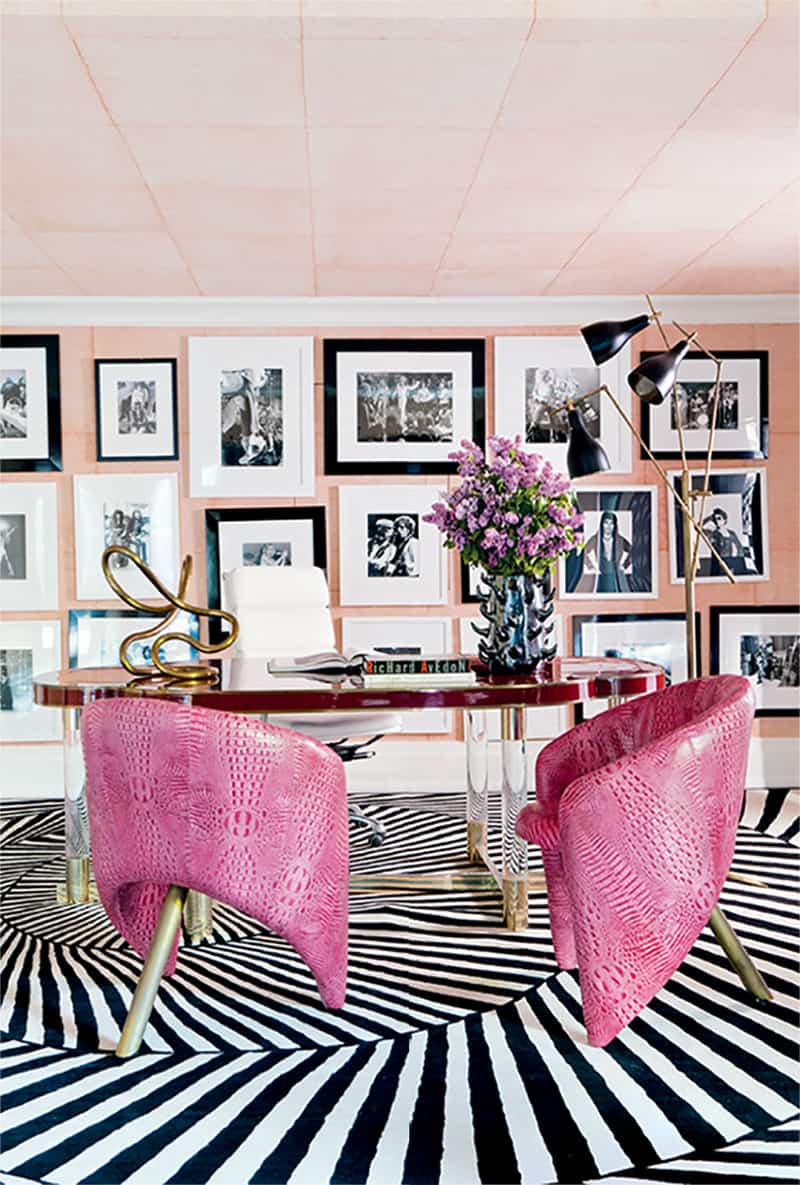 The "luscious luxe" trend can easily be achieved with the right mix of bold prints, colours, silhouettes and a gallery wall—which, in the early 20th century, was known as a salon wall. Interesting side note: When conducting research for her book, The Finer Things, Christiane made a discovery: "The mother of the modern salon wall was Gertrude Stein, a writer! She had a salon in her house in Paris, which was visited by the likes of Picasso and Cézanne, who would thank her for hosting by giving her their works, which she displayed on a wall," says Christiane. "We think of the salon wall as a decorating trick, but it's really a moment in history." 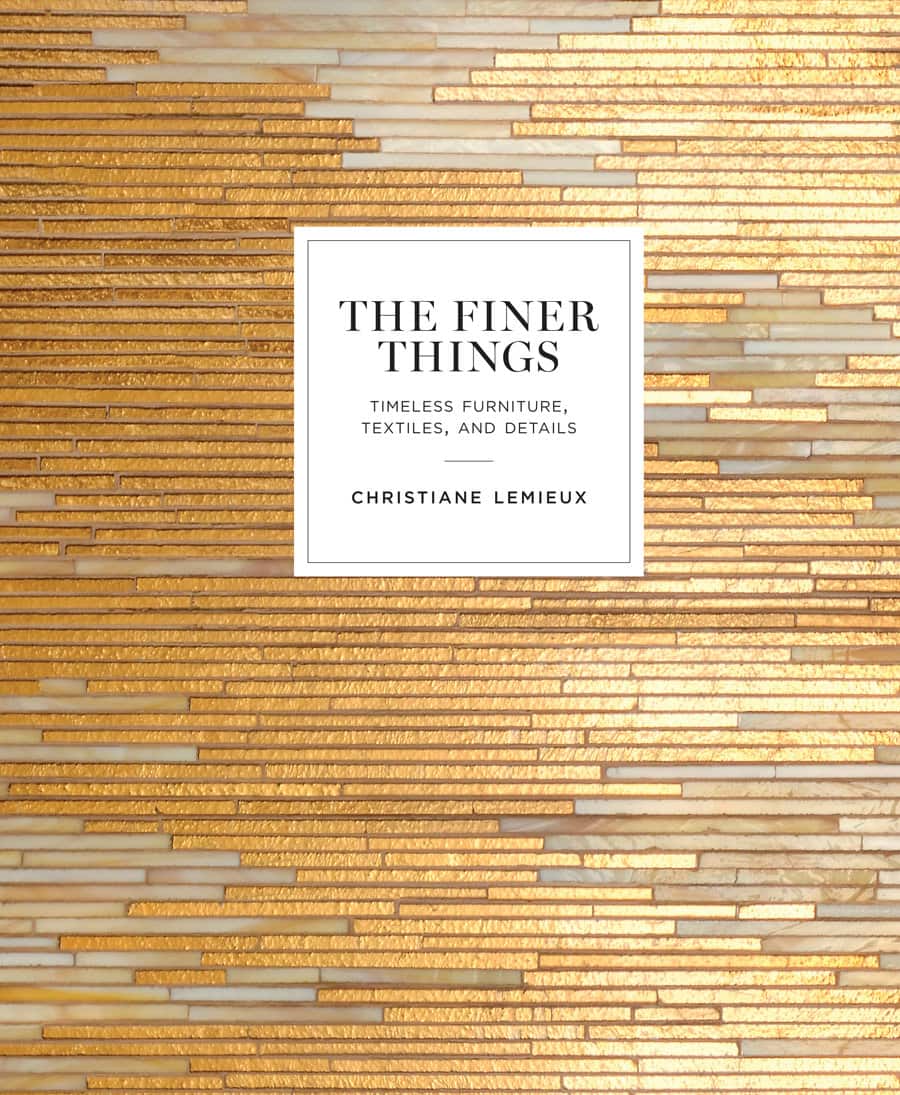 When we asked Christiane what inspired her latest book, The Finer Things, her answer was simple, but the work she put into it was not. "I wanted to explore quality — what makes something good and beautiful — so I started talking to experts, people who've put 10,000 hours into their craft, such as professional wallpaper hangers. It was so fascinating that I went down all these rabbit holes of investigation," she says. "It started as a coffee table book, but eventually my editor said, 'Let's just make this an encyclopedia!'"