Thank the caffeinated heavens for Alfonso Bialetti, who invented the stovetop espresso maker in Italy back in the heady days of 1933. Inspired by a contraption that piped boiling soapy water up and over clothes at the laundry, Bialetti saw a solution to upgrade from the slow drip, drip, drip of filter coffee makers to something altogether speedier and more powerful. Dubbed the Moka by his son, Renato, after the city of Mokha, a centre of coffee production in Yemen, Bialetti’s design was futurism manifested in cast aluminum, and a perfect match for the magical powers of dark roasted coffee beans.

Close to a century on, there have been over 200 million Mokas sold worldwide and the iconic faceted pot can be found in an estimated three out of four Italian households. It has even earned a spot in MoMA’s permanent collection. A roaring success, yes, but after a lull over the past decade due to the convenience of pods, stovetop espresso is thankfully making its mark once again as a favourite daily ritual of the coffee cognoscenti.

While we’re fans of the heft and form of the traditional Moka pot – no flimsy look-alikes for us – major design brands have stepped up with their take on this stovetop wonder. Worthy options abound, from Stelton’s Danish matte black low-key look to the more-is-more eye-catching curves and lipstick-red handle of the Pulcina. Designed by Michele de Lucchi as a collab between those other Italian heavy hitters, Alessi and Illycaffè, the Pulcina is already a fave. After all, who says you shouldn’t start your day with a sexy espresso? 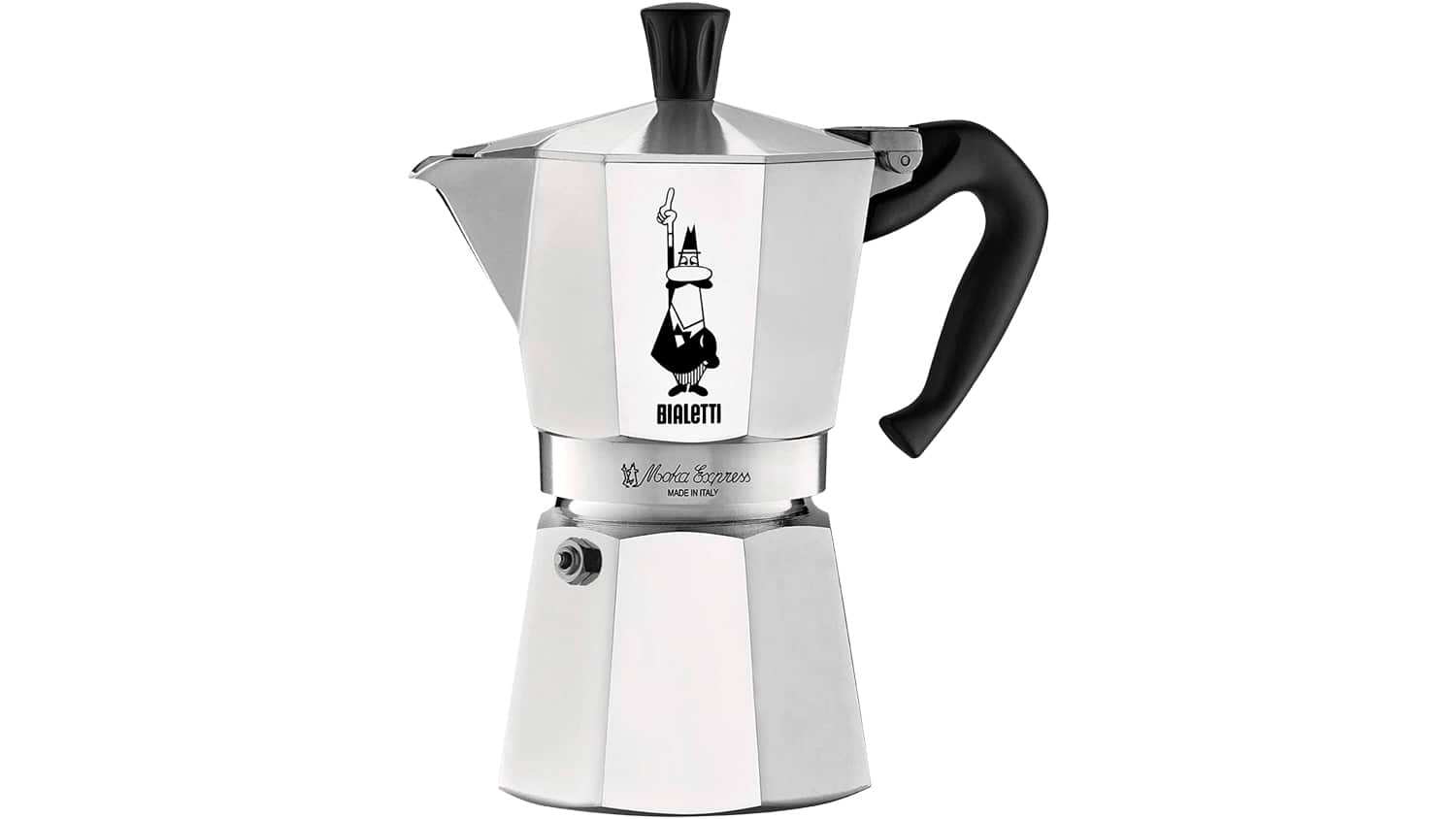 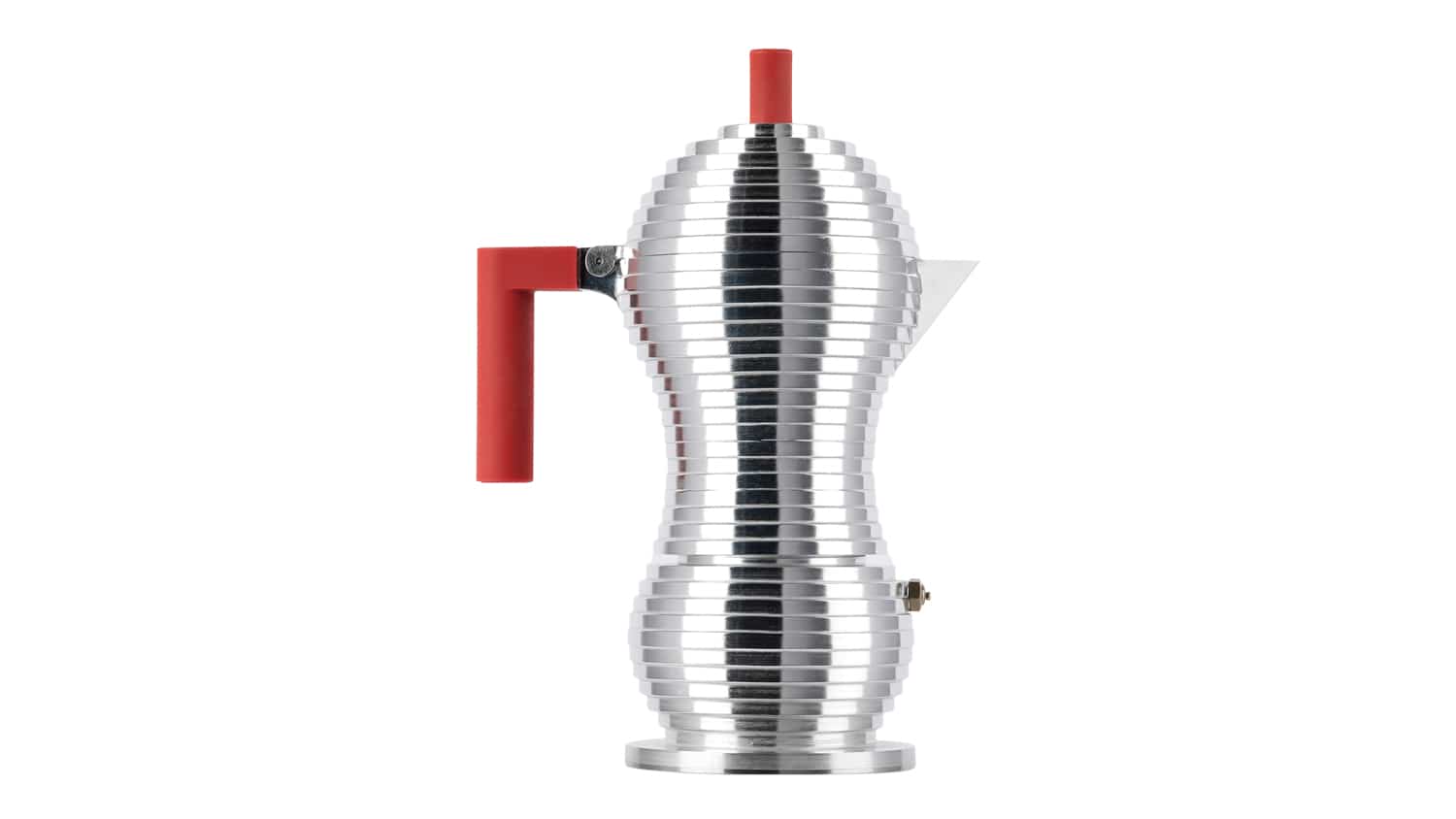 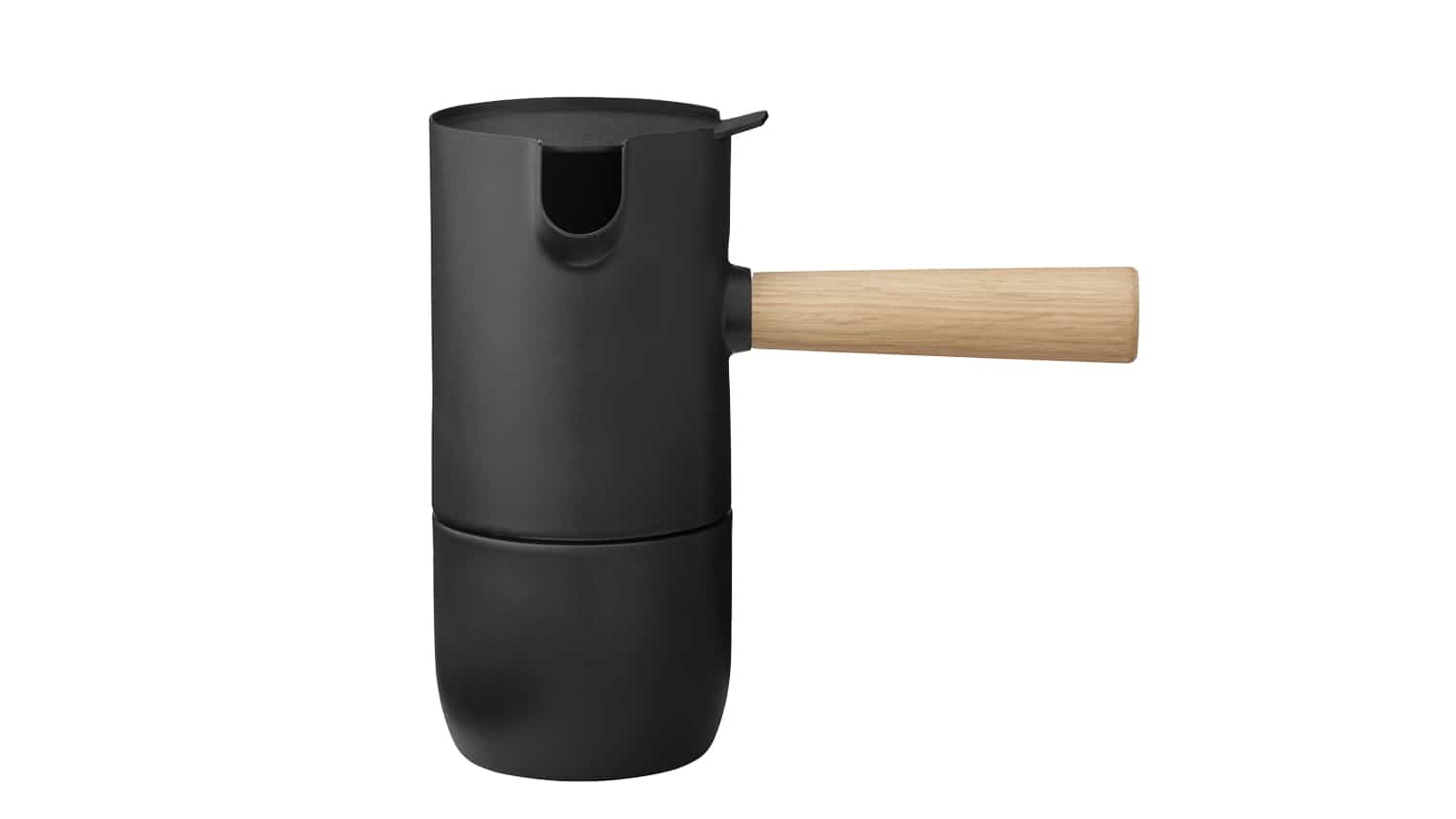