Arren Williams says there’s nothing shady about the pedigree of this classic garden bench.

Designed in 1902 by renowned British architect Sir Edwin Lutyens for the garden of an Arts and Crafts-style manor house, this particular bench (occasionally called the Thakeham Seat, after the house it was designed for) has become something of a style icon. The generously proportioned piece – the original was eight feet long – boasts romantically lyrical scrollwork that plays across the curved camelback, and the kind of rolled arms you’d more likely spot on a trad chesterfield. All in all, it’s a recipe for the type of English eccentricity that makes this piece a quirkily sculptural standout.

The original, often dubbed the Lutyens Bench, was hewn of English oak. These days, you’ll more likely find the design sitting pretty in durable tropical teak, as with the Sissinghurst Seat (above) by tony British garden furniture maker Barlow Tyrie.

While makers have been inspired by the curves of the Lutyens, simpler, more contemporary looks also abound in glossy painted lacquered finishes. And since pedigree and patina often cost extra, charmingly battered antique versions can be found for a pretty penny online at 1stDibs. Plus, if you’re so inclined, you can even make your own. Lee Valley Tools sells a set of plans for those handy with a jigsaw and who know their way around a mortise and tenon joint. We’ll stand by with words of encouragement, gin and tonic in hand, while you get started. 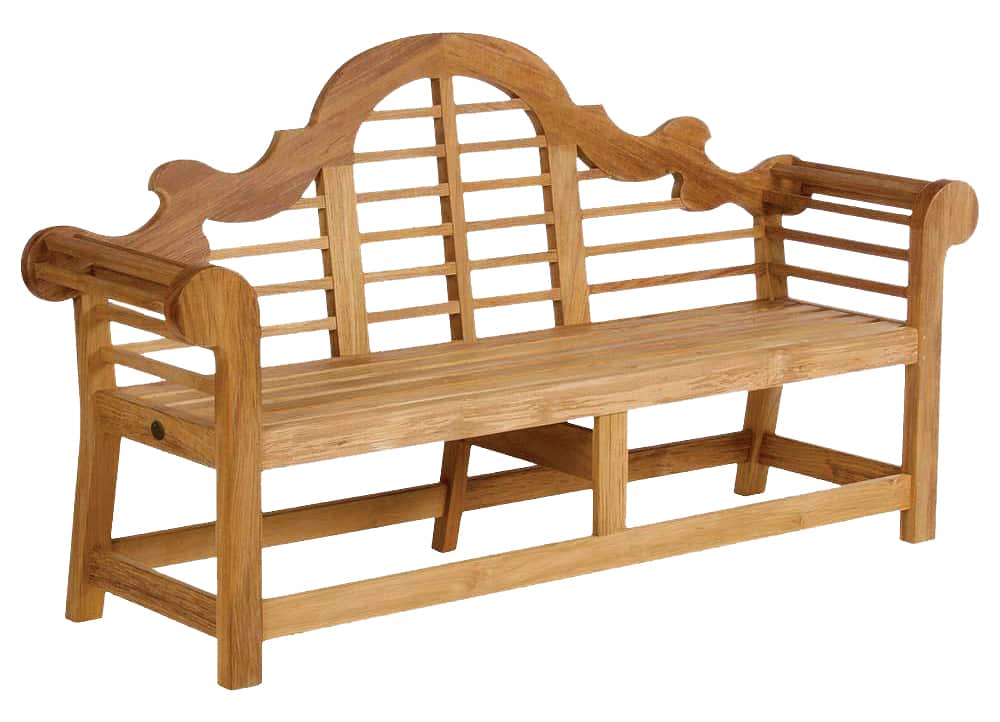 The Sissinghurst Seat is a direct descendant of the Lutyens Bench. 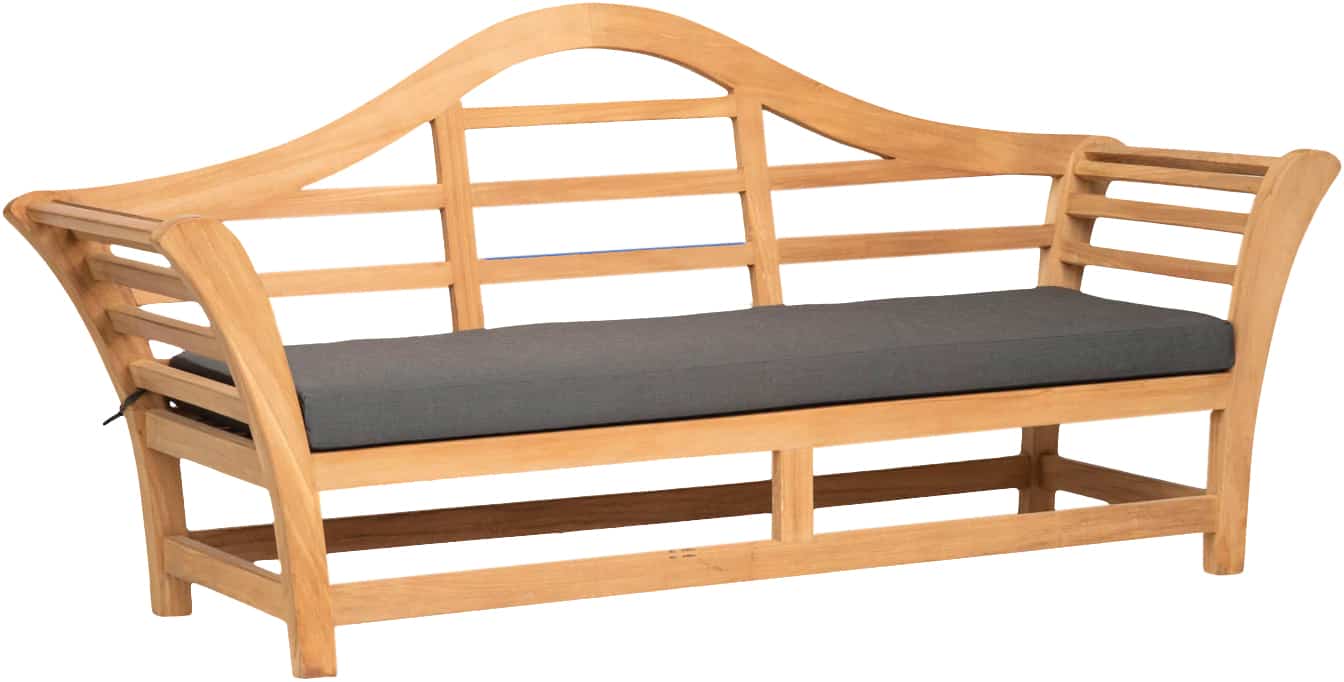 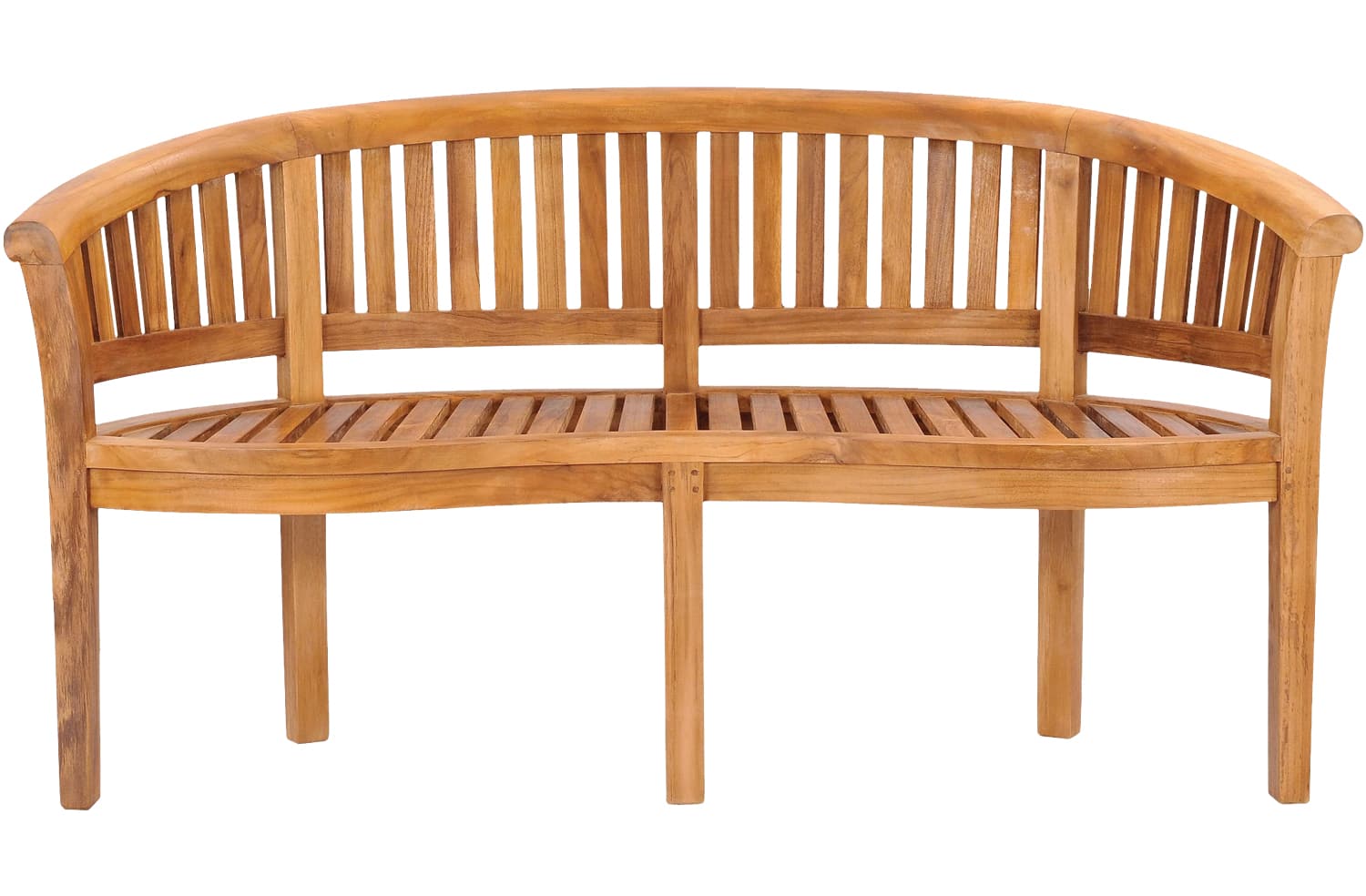 Arren Williams and The Lutyens Bench