Photography: Michael Nangreaves | Story: An Artsy Home Decorated Like a Winter Wonderland for the Holidays

Ring in the new year from the comfort of your own couch — here are three ways to celebrate New Years right.

Going out for New Year's Eve is great in theory, miserable in practice. What you imagined as a night of glitz and glam at a party, for instance, turns into an overfilled banquet hall with mediocre food and a DJ who only plays weird remixes. That fun night watching the ball drop outside? Nothing but crowds, standing around and frozen toes. Oh, and Uber surge pricing on steroids.

That's why we say there's no shame in that at-home New Year's game. In fact, if you ask us, it's the smart way to ring in the flipping of the calendar. And while some year's call for pizza-and-bed-by-9, here are three ideas for a fun-filled New Year's chez toi.

1. A Very Grown Up Dinner Party 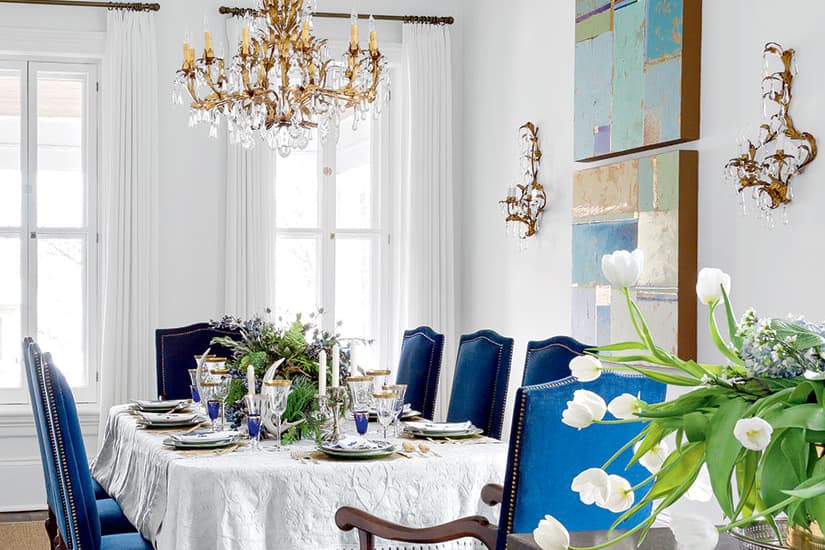 Just because you're staying in for New Year's Eve doesn't mean you have to forgo that sophisticated sparkle the best visions of the night conjure up. Channel your inner Gatsby, throw off the sweat pants and invite some friends over for a proper, old school dinner party. We're talking soft jazz in the background, champagne and, if you're extra fancy, a black tie dress code.

GET: Now's your chance to haul out the heirloom silver and Grandma's china service, and really set a table for your guests. Keep any flower arrangements low profile to facilitate conversation, and don't forget the candles. Tapered and in crystal candlesticks, of course.

EAT: A dinner party does not mean you have to spend the entirety of the last day of the year slaving in the kitchen. Instead, try our crowd-pleasing chicken with white wine, peas and tarragon sauce. It feels fancier than it is, and best of all, involves minimal cleanup — because nobody wants the first thing they do in the New Year to be dishes.

DO: You're going to need to pass the time until the clock strikes twelve. That's where party games come in. Think simple here: Likes and Dislikes — where people write down their preferences and people guess who they belong to — is great for a group who know each other well. Acquaintances might get a kick out of Two Truths And A Lie — where everyone makes three statements about themselves, and the rest of the table has to pick out the falsehood. 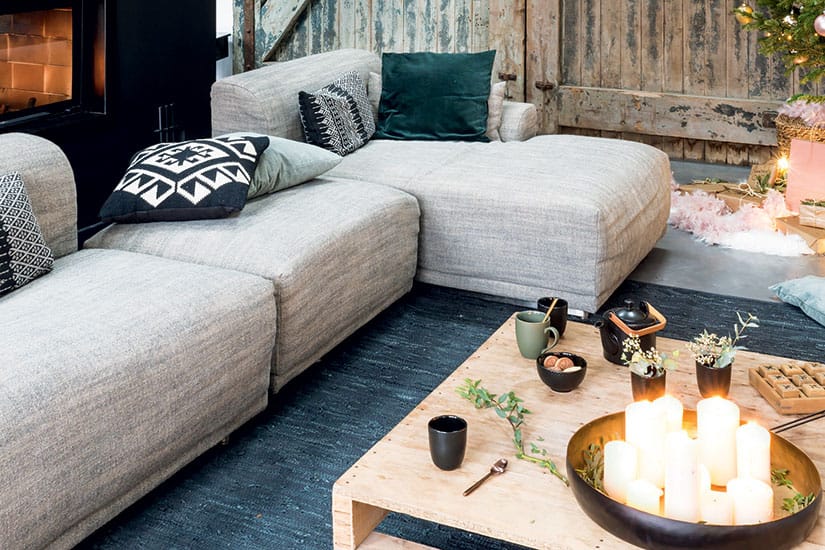 Photography: Julien Fernandez | Story: How to Decorate for Christmas the French Way

Grab your girls for a blast from New Year's past that'll make spending the New Year on the couch SO much fun. Of course, given that you're not all twelve anymore, it's likely you'll either retire to the guest room or head home after midnight, but the spirit of those sleepovers remains. We're talking gossip, giggles and way too much junk food. The best part? You're the grown-ups now, so you get to decide when you go to bed.

GET: One of the most time-honoured traditions of a slumber party, of course, is the pamper session. Make sure your gathering is well-stocked with sheet masks (we love this non-gloopy one from Charlotte Tilbury) and polish (try the non-toxic brand Tenoverten for a very adult approach to your mani).

EAT: It's basically a law that you have to be hyped up on sugar while at a slumber party, and what better way to do that than with home-baked cookies? Since it's still technically the holidays, we think you can't go wrong serving up a few plates of these gingerbread crinkle cookies. Got a gluten-free guest? These double chocolate brownies will be just the thing.

DO: It's not a slumber party without a romcom, and conveniently for us, a lot of the classics have some great New Year related moments. Think: When Harry Met Sally, Bridget Jones' Diary, and the one literally called New Year's Eve. Authenticity demands VHS tapes, but we'll understand if you just stream them. 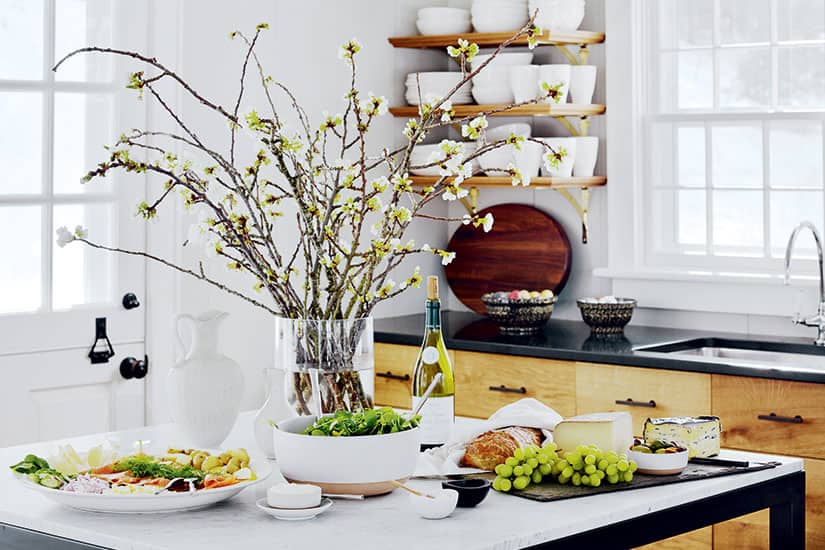 There's something so romantic about New Year's, and there's nothing more special than spending it with your special person, just the two of you. In fact, it can be healthy to carve out a little time away from the craziness of the festive season and spend some time reflecting together on the year that was, and what you're dreaming for the year to come.

GET: Pick up some blossoming branches or blooms, put them in your just-cleaned abode, and be ready to start the New Year on the right foot.

EAT: Grab your favourite bottle of vino, a fresh loaf of bread, fine cheeses and some fruits and veggies, and dine à la the French.

DO: This probably doesn't sound like the most exciting way to spend the New Year, but hear us out: Consider spending some time curled up next to your loved one, writing out your goals for the year. If mindfulness is something you crave, we recommend tackling Project You, a journal/workbook for getting the most out of the year ahead.

Ring in the new year with one of these refreshing and delicious champagne cocktails.