Share
Share
I'm the first to admit that I'm not a foodie. Like, at all. Dinners requiring more than two pots make me incredibly anxious, partly because I'm dreading the dishwashing in advance (you may laugh, but I'm sure this has crossed everyone's mind at some point), and partly because I don't have that intuitive relationship with ingredients that makes for a true food connoisseur. Having said that - and likely because of that - watching a talented chef at work is, for me, like watching a skilled magician: whipping up scrummy eats from nothing without breaking a sweat. I had the chance to catch a real master - celebrated chef Cory Vitiello of Toronto's The Harbord Room - work his magic this week at the LCBO Summerhill Studio Kitchen. 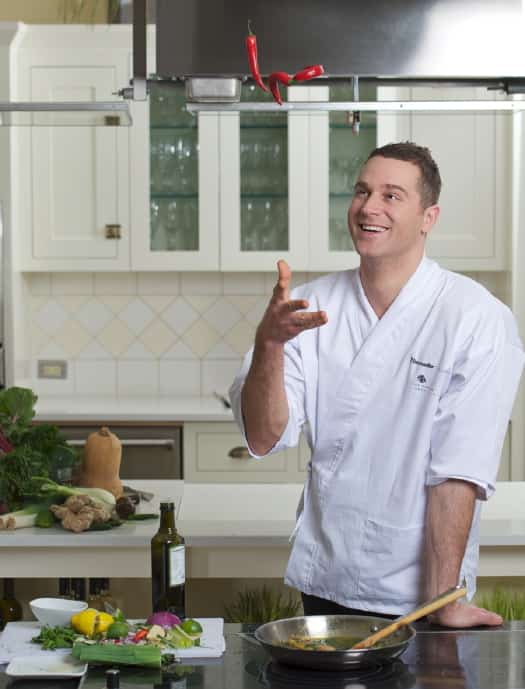 Cory's launching a new series of cooking classes with Thermador called "Fire & Spice" -- an insider's guide to the emerging trends toward bold flavours and sensual foods, "urban aphrodesiacs" (modern-day aphrosdesiac ingredients!) and "spice rebels" (innovative spice pairings). I was invited to take a sneak peek earlier this week, and honestly, who could resist a description like that?!? 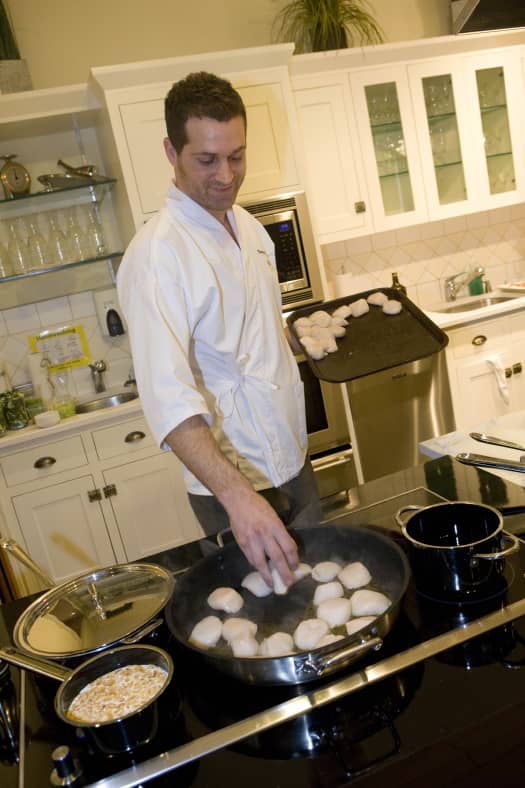 Seafood wouldn't necessarily top my list as an amorous food pick, but Cory says it's not necessarily the ingredients themselves that are aphrodesiacs; rather, it's how they're prepared. "It's as much about texture as anything else," he says. "Foods that have that luxuruious, unctuous, silky feel are the ultimate aphrodesiacs." 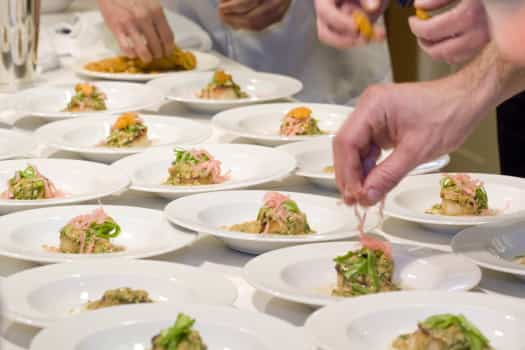 "The popularity of more sensual, fleshy foods like sushi and charcuterie has shone a spotlight on texture, and the amorous qualities it can bestow upon a dish," Cory says. "We're also seeing a boom around bold flavours, with unique and exotic spice pairings used to take meals up a notch." 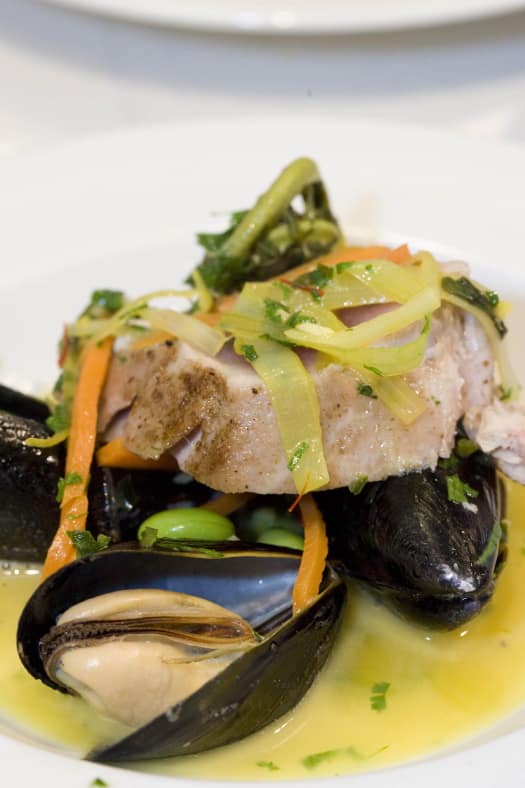 "I think people are becoming more adventurous with their food choices," Cory says. "We've just introduced a salad with pickled veal tongue at The Harbord Room, and our diners have literally - and figuratively - eaten it up."

...and dessert! Panna cotta with ginger and rhubarb compote. So yummy! 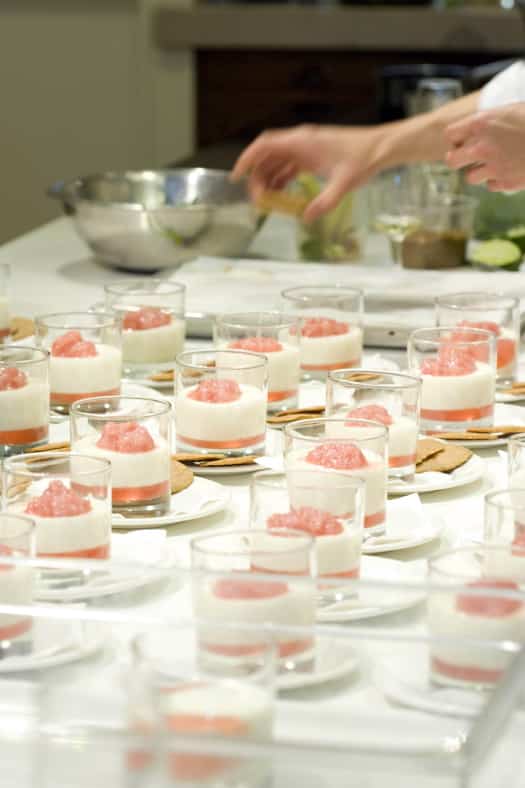 Definitely one of the lascivious lunches I've had in quite some time. ;) Check out the Thermador website to win a coveted seat at Cory's Fire & Spice cooking classes, held on May 19th and May 27th at the LCBO Summerhill Studio Kitchen! Follow Style Sleuth on Twitter! Subscribe to Style Sleuth!