Share
Share
Dinnerware designer Rosanna Bowles plays by her own rules: "It's really 'anything goes' now for tabletop, which is so much fun!"

DOs and DON’Ts of table style Since launching Seattle-based Rosanna Inc. in 1982, the elegant entrepreneur has reserved a place on tables worldwide with her fashion-forward takes on traditional dishware. The self-confessed “dish freak” and doyenne of patterned plates shares her tips for making ordinary tables extraordinary. 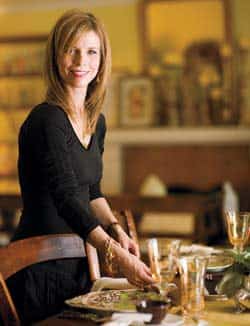 Don’t overdose on white. We’ve all heard that white plates are a must for food presentation, but Rosanna’s not bound by that old adage. "It makes for a dull tabletop and doesn’t let your creative side come through when setting the table," she says. "Everyone should have a set of 12 white dinner plates, but you build on that."

Do dress your table as you would dress yourself. "Mixing and matching different styles and periods is big in fashion now," says Rosanna. "You may have contemporary white plates, but you can mix in antique salad plates as side plates, accessorizing with Edwardian silver sugar bowls as vases and using unmatched flatware."

Do invest in patterned appetizer plates. "You can inexpensively insert them into the white china you already have, and they totally change the look of a table setting," Rosanna says. 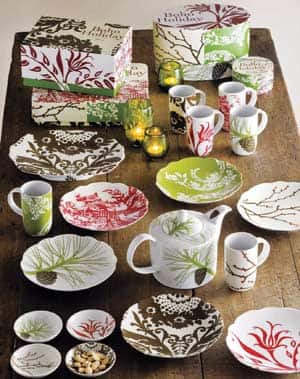 Don’t overlook heirlooms. "It's amazing the unused treasures you can find in your mother’s and grandmother’s cabinets," says Rosanna, who loves layering passed-down patterns as side plates. "How charming to add those inherited pieces to your entertaining repertoire!"

Do shake things up seasonally. "The Victorians had four distinct sets of dishes, linens and all the accoutrements that are connected to the table – one for each season," says Rosanna. "I always try to be up on what’s happening seasonally. Even if it’s miserable outside, a warm, autumnal tabletop can provide an escape.”

Do think "theatrical"! "My mom was really ahead of her time in the '50s," says Rosanna, who credits her mother’s flair for breaking convention as a constant inspiration ("One time we even had a Japanese dinner on the floor"). "Her approach really got you out of the box of the traditional table setting so that it became entertainment, education and a point of conversation."