Watching her on shows from TLC’s Trading Spaces to HGTV’s Dear Genevieve (among many more), we’ve loved Genevieve Gorder's soulful, playful style. So we sat down to chat about what inspires her...and let her inspire us! 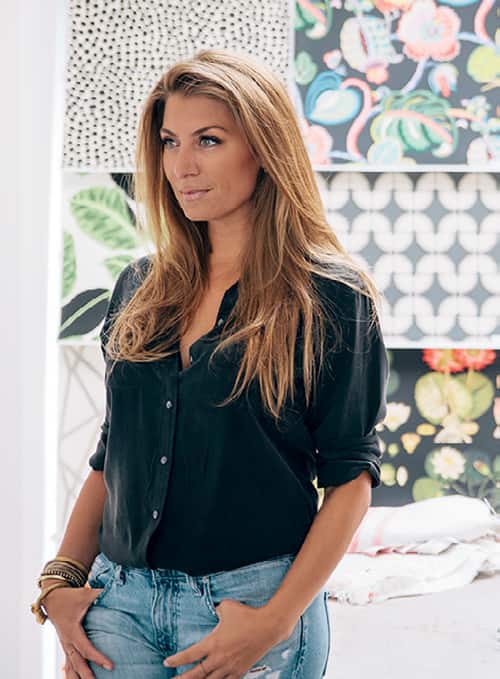 When Genevieve was asked to audition for Trading Spaces (after making a name for herself on MTV), she didn’t react as positively as you’d think. “I was like, ‘No! Interior design is so lame.’ I had an idea of who that lady was, and she was not chic. I had watched Designing Women, and I wasn’t that girl. I wasn’t Dixie Carter with the big scarf and frou-frou hair, holding a mint julep. Interiors didn’t feel cool back then. And I didn’t want to get into something uncool,” explains Genevieve. “But once I saw how creative it could be and how much you could do with an approachable amount of money, I was very interested.” 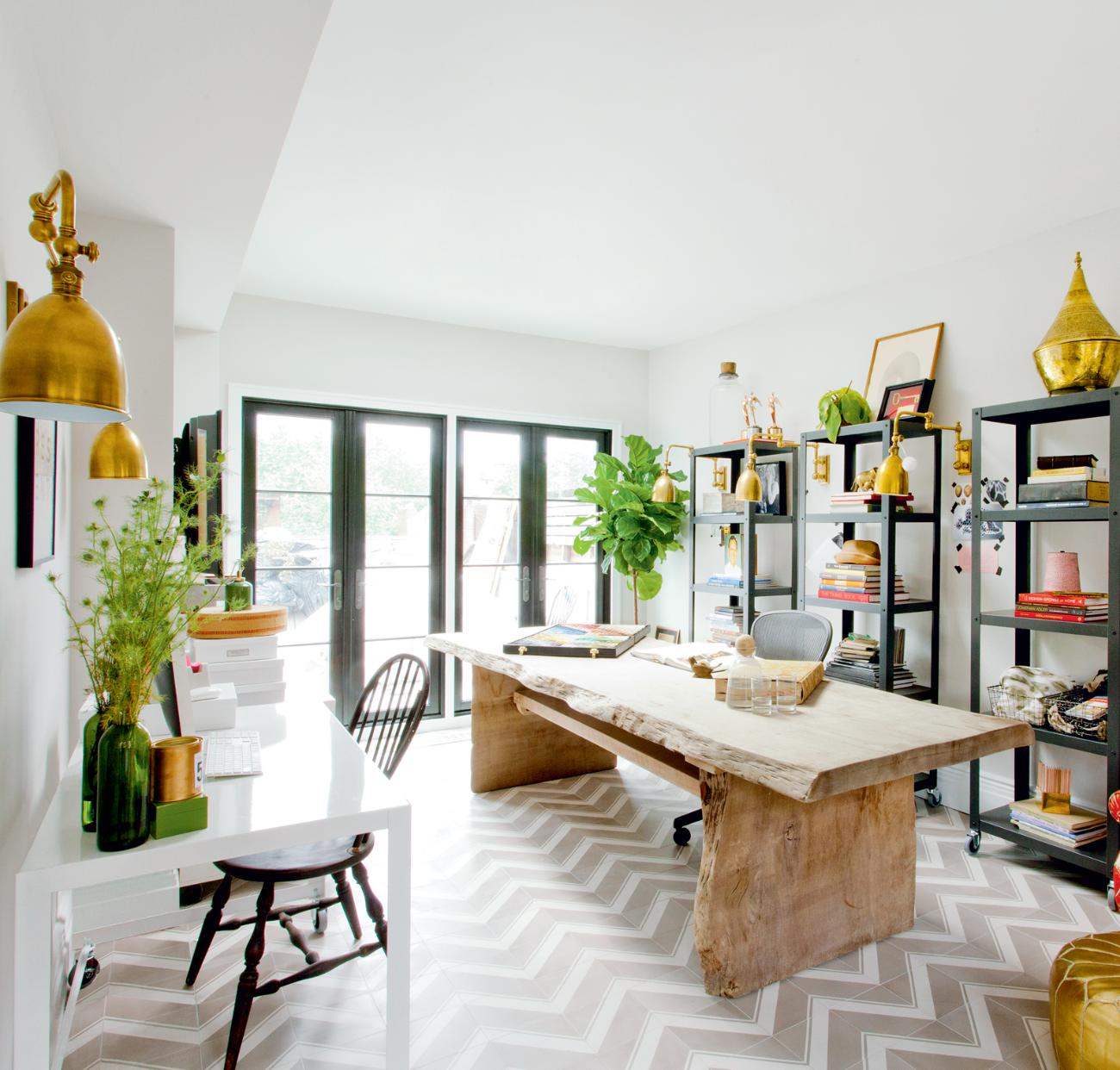 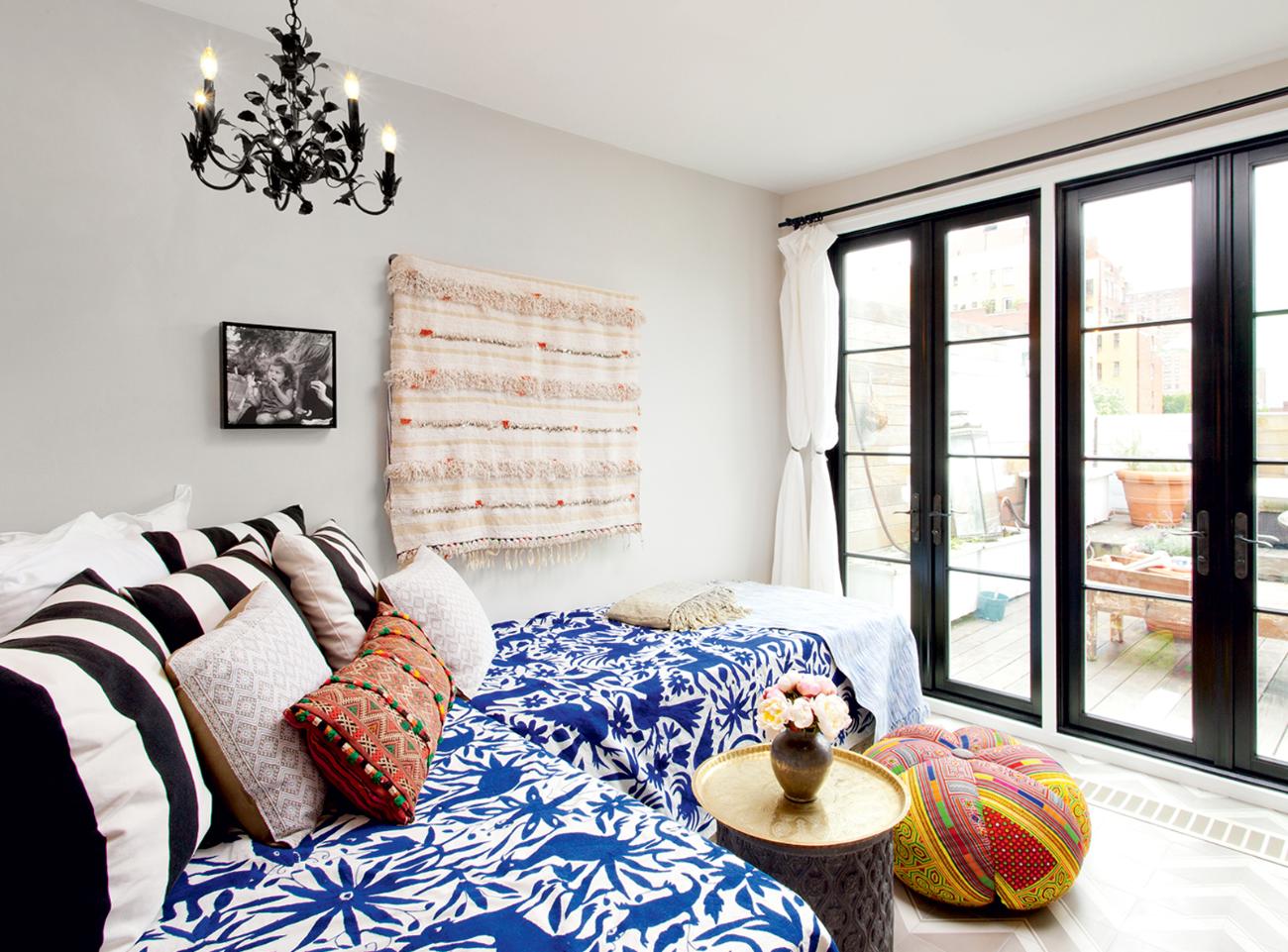 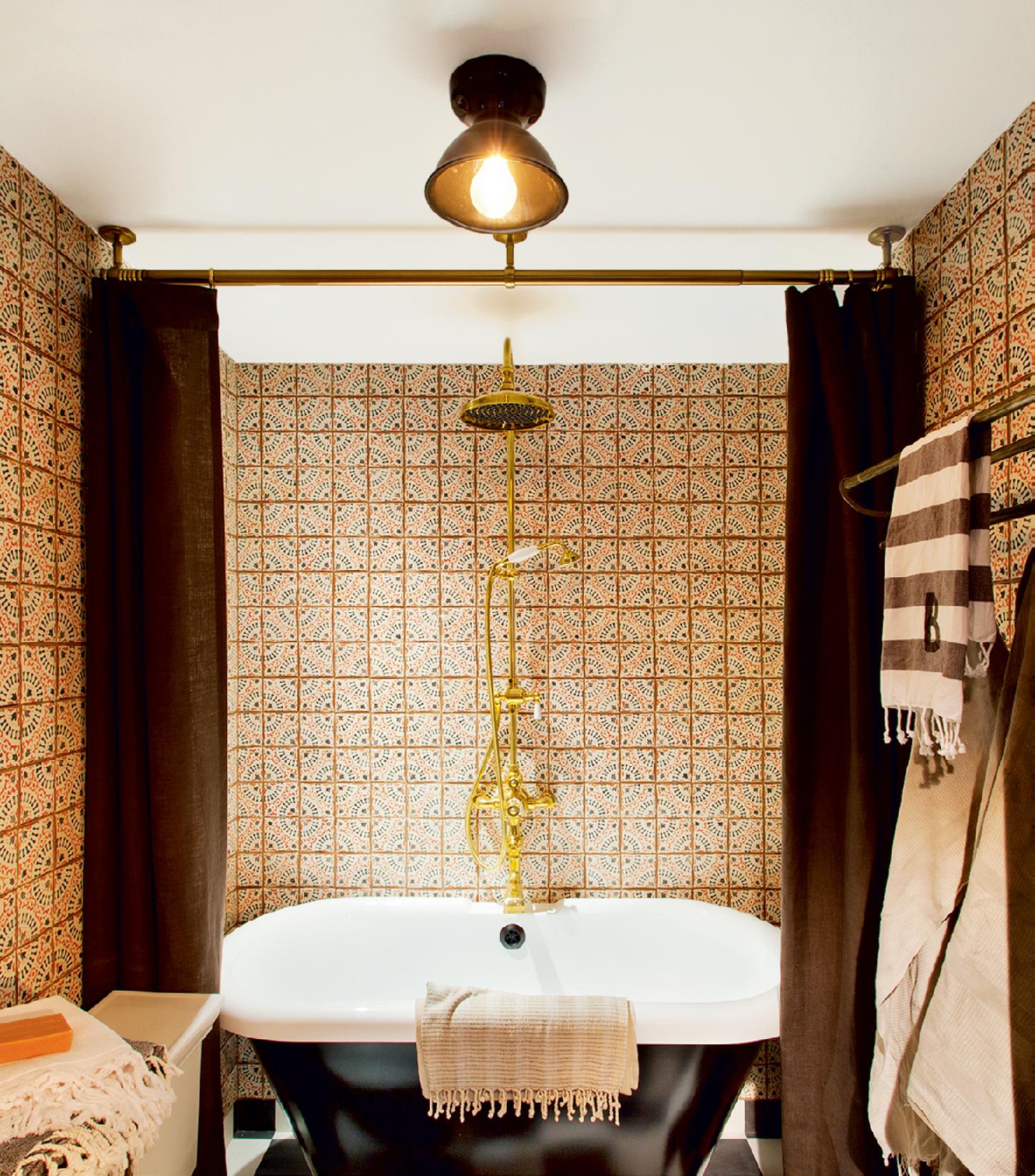 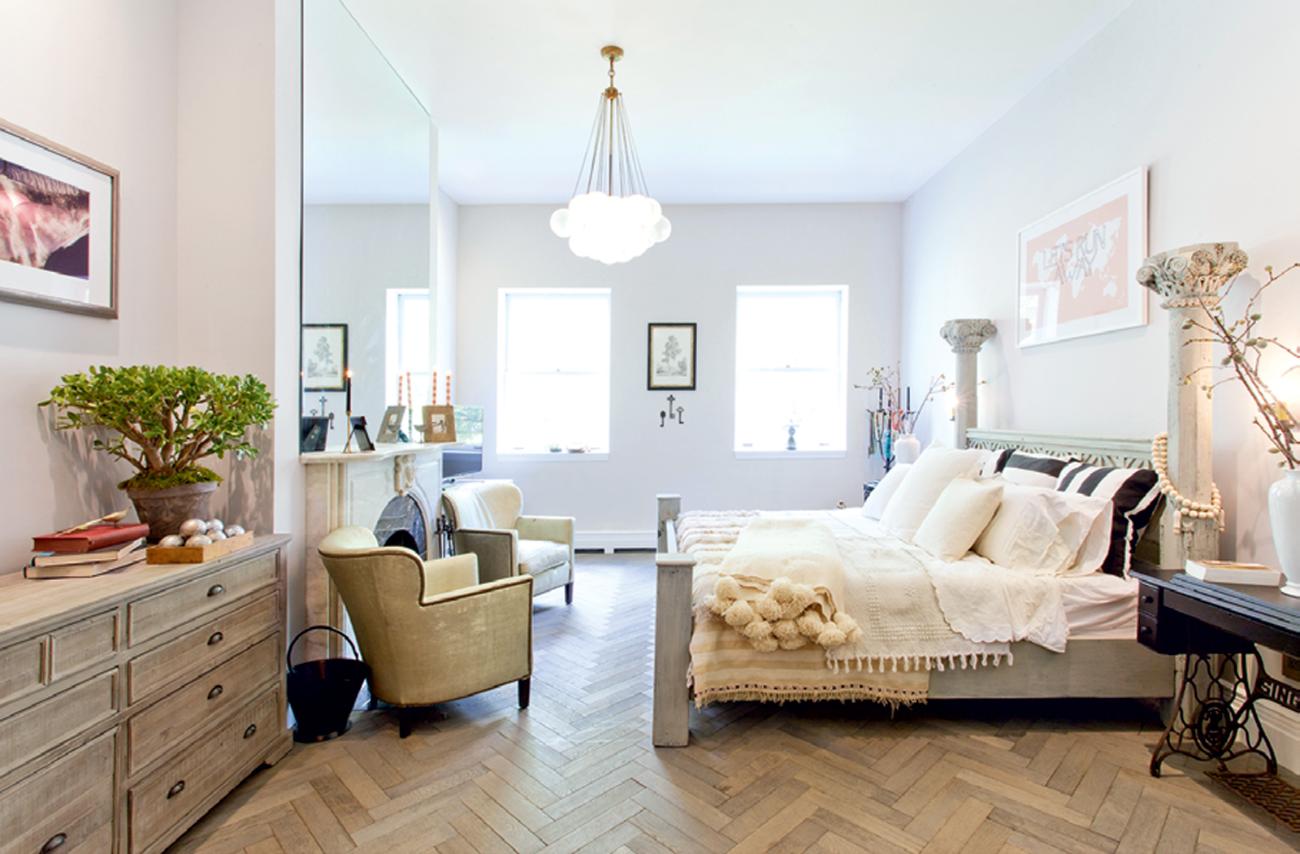 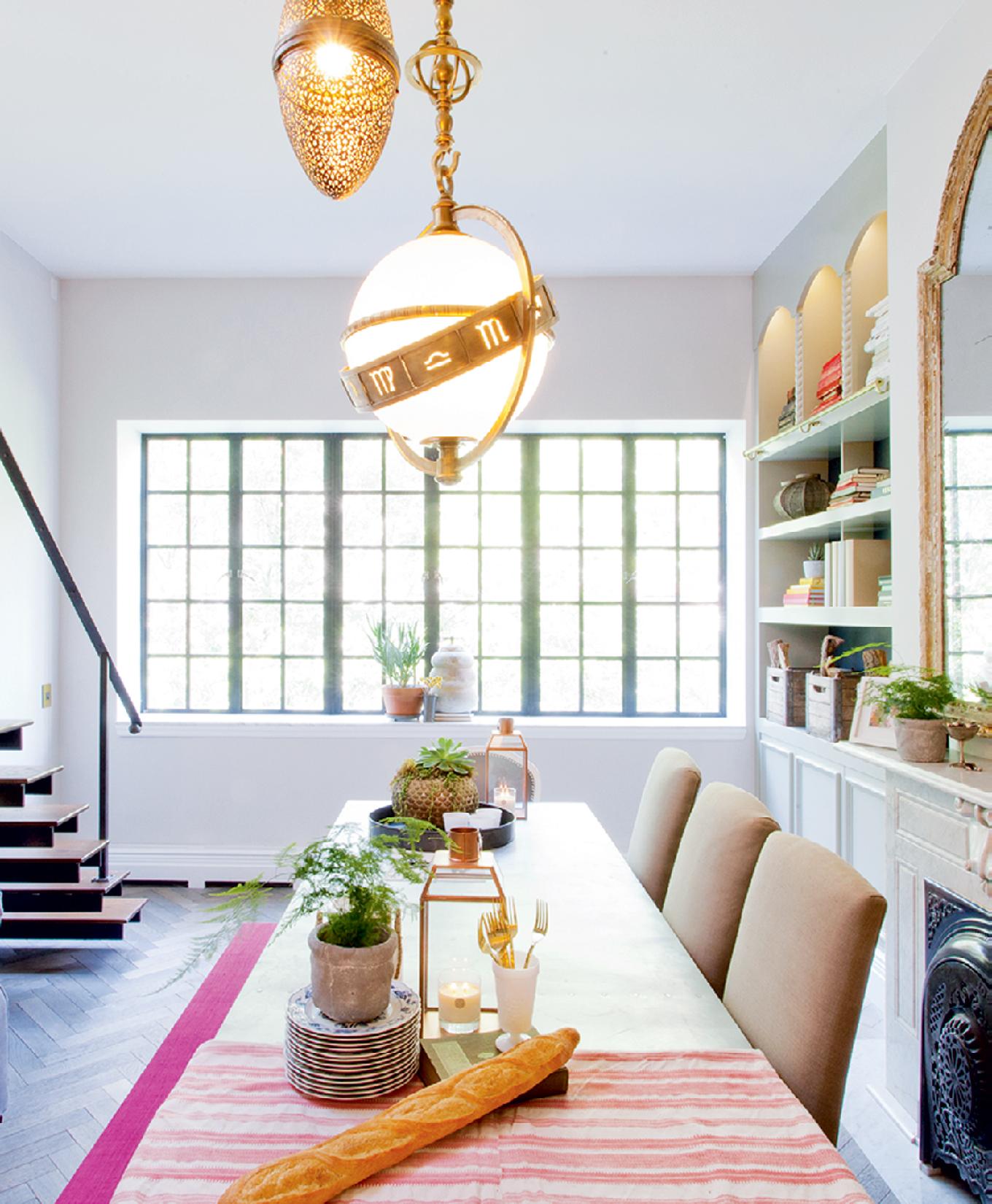 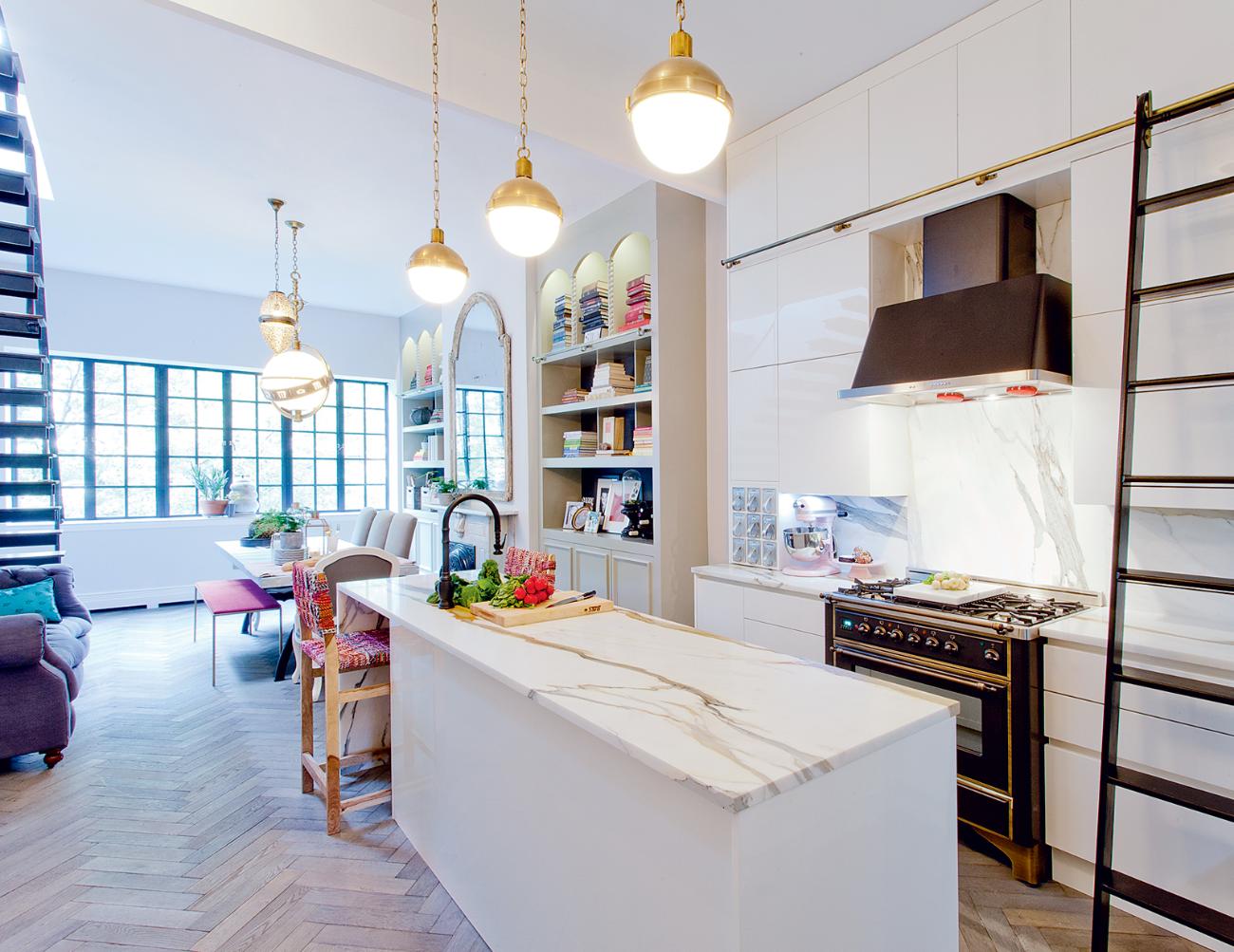 “Inspiration is everywhere. It can be in a song or in my bowl of soup,” says Genevieve. But to really fuel her creative tank, she travels – extensively. “If you stay in one place, that’s all you can create from. You have to fill your head with other lands – smell, taste and see them first-hand.”

What’s inspiring her now? “I go where the cockroaches have just left. That’s the design circuit. The artists go before anything pretty happens. So Detroit’s been really hot. And Mexico City,” she says. But she also has her favourite spots: Scandinavia and northern Africa. “I love that pairing.” (Which is obvious in her Moroccan-inspired bathroom shown left)

The nightstands in Genevieve’s master bedroom are made from antique sewing tables, one from each of her great-grandmas.

The dining area off Genevieve’s kitchen is kept casual via mismatched furniture and a long zinc-topped table made by a local blacksmith.

“We’re entering the era of the smart home,” says Genevieve, “and Samsung is one of the leaders in innovative technology for appliances, like fridges with customizable temperatures for storing food. It’s not about getting bigger. It’s about using space more wisely.” Right now, she’s super into black stainless finishes. “But appliance finishes don’t have to match,” she says. “I don’t match anything – I’m all about mixed metals. We don’t dress like that, so why would we style our house like that? It gets weird when your curtains match your garbage can.”