Share
Share
What happens when you take a former fashion PR and marketing rep in London, move them to Paris and have them study patisserie at Le Cordon Blue? You get Rachel Khoo, an English chef with her own BBC series who gave up her 8-year fashion career for her love of pastries. Before she knew it, she had two cookbooks in the works with a French publisher – cookbooks filled with delectable and irresistible French pastries and much more tasty dishes. “After publishing my two cookbooks I decided I wanted to write one in English about my story and the recipes I discovered from living in Paris,” Khoo says. “I pitched an idea to Penguin UK and they gave me a book deal. The rest is history.” History that we’ll gladly cook and eat up. 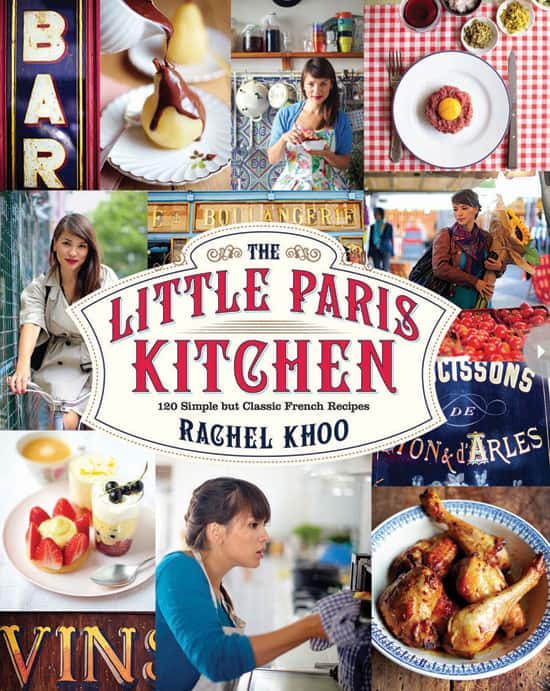 1 What tools do you use in your kitchen on a daily basis?
Rachel Khoo A sharp chef's knife, a silicone heatproof spatula, and a speed peeler.

2 What tools do you love, but don't use quite as often?
RK A mandolin for slicing and my Eiffel Tower cookie cutter.

3 What is the one kitchen item you can't live without?
RK My battered enamel blue and white mixing bowl. (With all her pastry baking, we’re betting that bowl gets a workout.)

5 What are some of your favourite cookbooks?
RK The Flavour Thesaurus by Niki Segnit and Asian Dumplings by Andrea Nguyen Momofuku.

6 What is your favourite thing to cook/bake?
RK One of my all-time favourites is dulce leche brioche buns. You can find the recipe in my new cookbook, The Little Paris.

9 Strangest thing you have ever eaten?
RK Snails with foie gras in a choux pastry bun.