Coated in a sweet glaze flavoured with maple syrup, these deep-fried treats are the perfect accompaniment to your afternoon cup of coffee.

It’s a truth universally acknowledged that homemade tastes better than store-bought. These delectable fritters are cooked up from scratch in your own kitchen and are miles above their purchased counterparts. Doughnut miss out on these tasty bite-sized goodies! 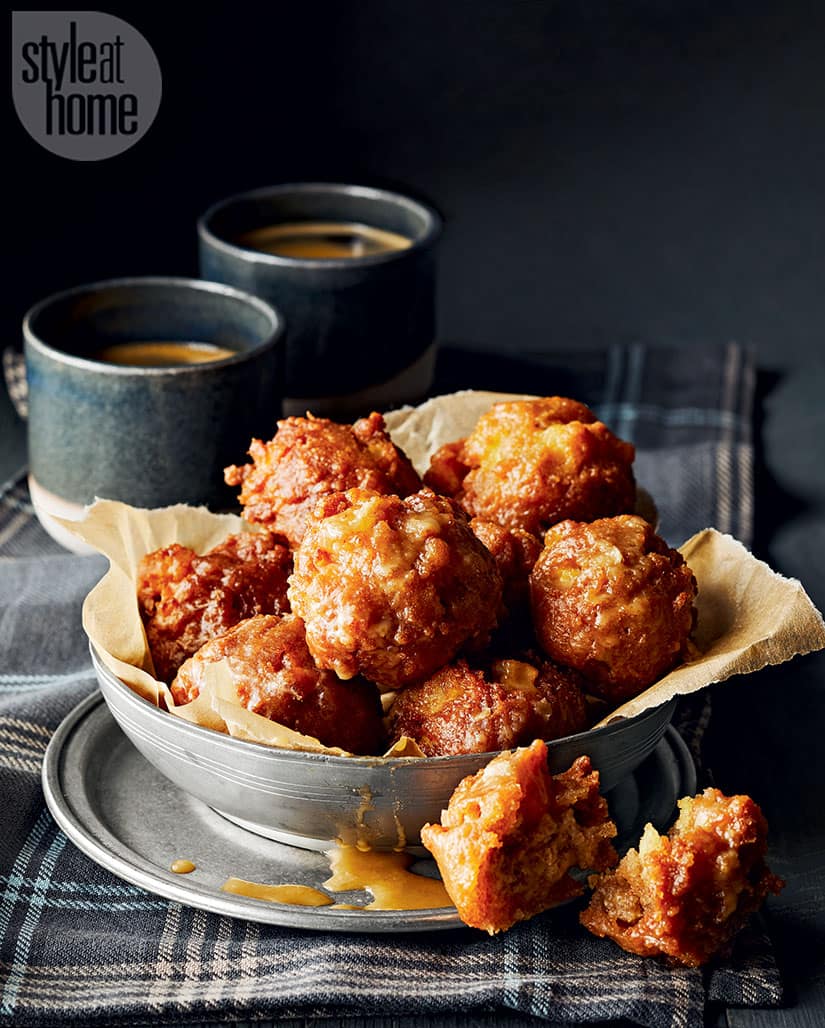 1 In a large bowl, mix together the flour, sugar, baking powder, cinnamon and salt. In a small bowl, whisk together the cider, butter, vanilla and egg. Make a well in the flour mixture and add the cider mixture, stirring until just combined. Gently fold in the diced apple.

2 Heat the oil in a deep heavy-bottomed pot to 360°F. Working in batches of five or six, depending on the size of your pot, scoop the batter out by heaping tablespoons and gently lower into the oil. Fry the batter for 2 minutes, then flip and fry until golden brown, 1 or 2 minutes more. Place the fritters on paper towels to drain the excess oil.

3 To make the glaze, whisk together the icing sugar, cider, maple syrup and vanilla in a small bowl until smooth. Dip the fritters one at a time into the glaze to cover completely, allowing the excess to drip off. Place the fritters on a wire cooling rack until the glaze has set; serve.

Add a pinch of cardamom or ginger to the batter to switch up the flavour.