This yummy cinnamon bread is the perfect treat to serve your guests. Author: Joe Kim

Cold winter evenings call for something warm and hearty in the tummy - at this time of year, a bowl of berries and Greek yogurt for dessert just isn’t going to cut it. Luckily, we’ve got the remedy for those blustery January days. This deliciously decadent cinnamon bread drizzled with espresso glaze is actually one of the easiest things you’ll ever make, thanks in large part to the ready-made pizza dough that acts as its base. Save on effort, splurge on taste - and start the year off right. 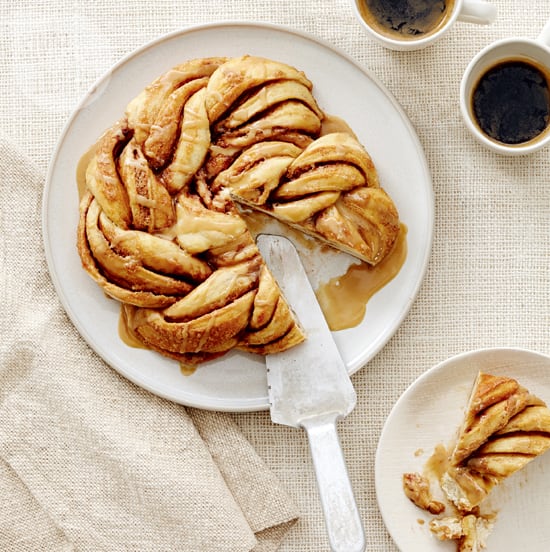 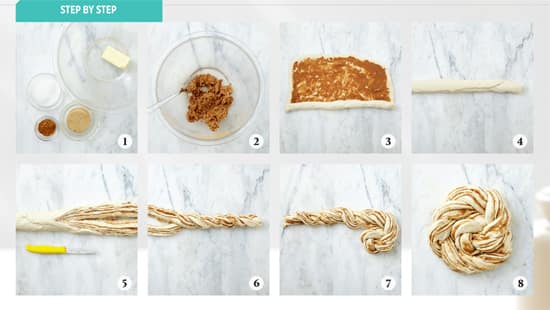 Directions
1 On a lightly floured surface, roll out the pizza dough into a 1/4”-think 12”x18” rectangle. In a bowl, combine the sugars, butter and cinnamon; spread the mixture over the dough, leaving a 1/2” border around the edges. With the long side parallel to you, firmly roll up the dough into a log.

2 Preheat the over to 350°F. Using a sharp paring knife, slice the long in half lengthwise. Starting at one end, cross the two halves in a twist and repeat the motion to form one long and twisted log. Curl one end toward the middle while wrapping the other end around to form a circle.

3 Transfer the dough to a parchment paper-lined baking sheet and bake for 25 to 30 minutes, until the edges are light golden brown and the centre of the cinnamon bread is cooked through. Let cool for about 10 minutes, while you’re making the glaze.

4 To make the glaze, whisk together the icing sugar, milk, and espresso powder until thoroughly combined. Drizzle over the bread and serve warm. 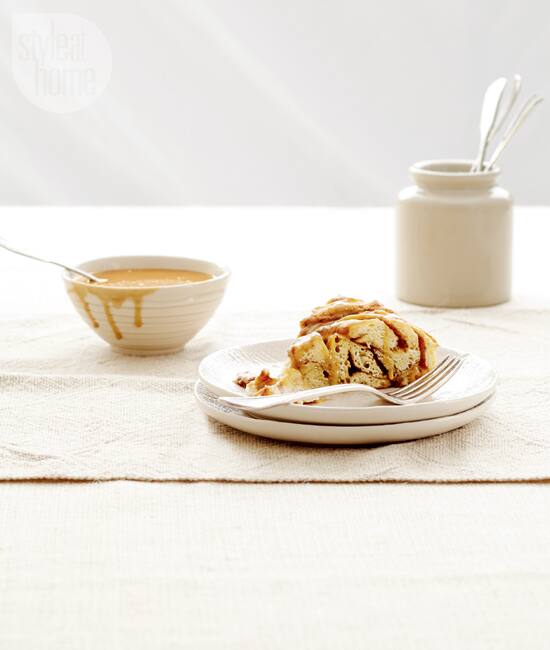