Spread it on crostini and top with goat cheese for an easy, fail-proof appetizer. 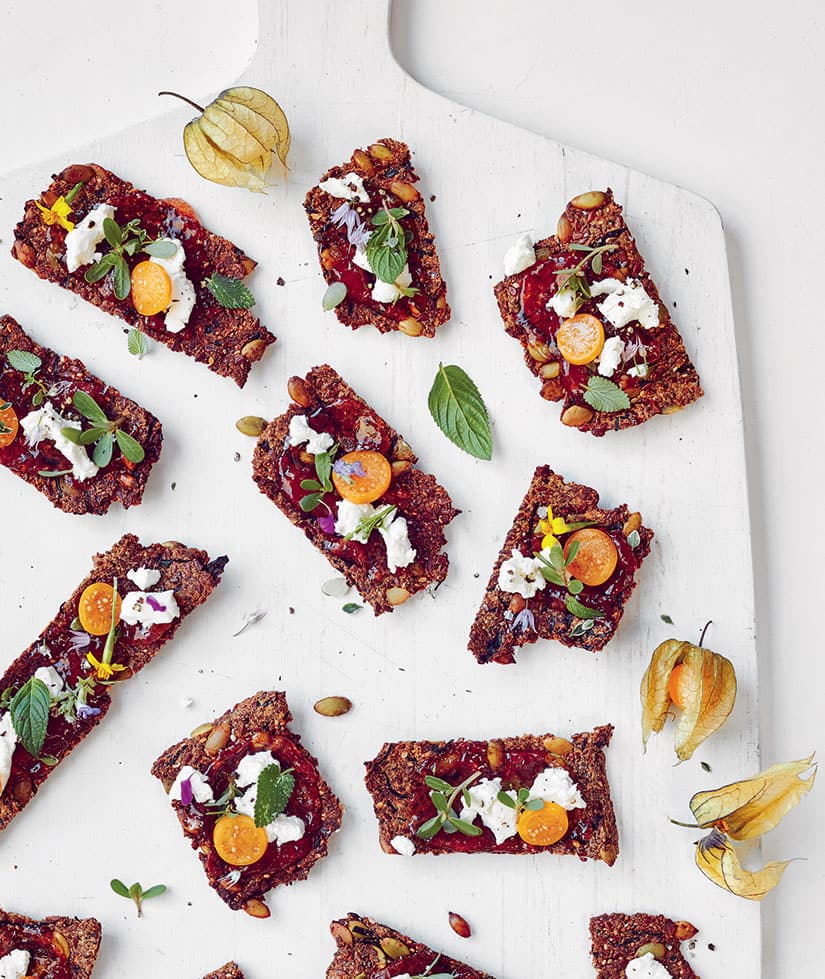 1 Bring a large pot of water to a boil. Carefully place the tomatoes in the pot and return the water to a brisk boil until the tomato skins begin to curl, about 1 to 2 minutes. Drain and transfer the tomatoes to an ice bath to cool. With a paring knife, peel away the skins and discard them. Coarsely chop the tomatoes, removing the cores, and place them in a large bowl. Toss the chopped tomatoes with the remaining ingredients and let the mixture rest at room temperature for at least 1 hour, or cover and refrigerate overnight.

2 Place a plate in the freezer for a set test and assemble your water-filled pot and jars for sterilization. Transfer the tomato mixture to a large heavy-bottomed pot and set the pot over medium-high heat. Bring the mixture to a boil, stirring constantly, for about 5 minutes. Lower the heat and simmer for 1 to 1 1/2 hours, uncovered. Stir frequently in the last half hour of cooking so the thickened marmalade doesn’t stick to the bottom of the pot.

3 During the last half-hour of cooking, sterilize your jars. When the marmalade is thick enough to hold its shape almost solidly in a spoon, test for set using the chilled plate.

4 When the marmalade passes the set test, skim off and discard any foam that may appear on the surface and remove the cinnamon sticks. Ladle the marmalade into hot sterilized jars and position the lids and rings. Heat-process the jars for 10 minutes and then store.