Share
Share
If your walls are lacking pizzazz, try livening things up with a slight twist on a simple coat of paint -- and we're not talking about paint effects of the '90s (goodbye, sponge painting!). Whether it’s a hint of texture or a surprising graphic element, here are four modern paint techniques that are guaranteed to make your walls worthy of a second glance. 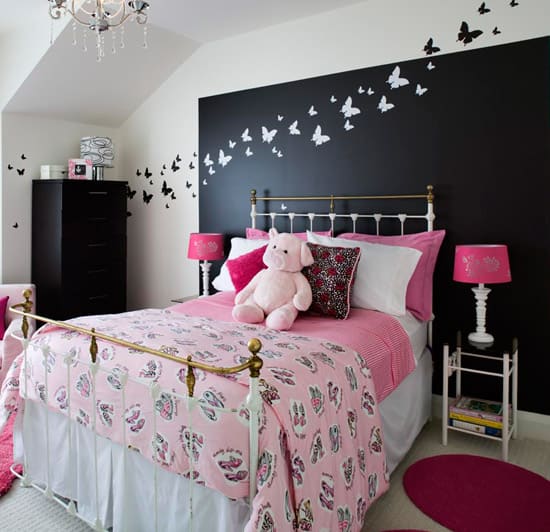 What it is: This popular painting technique involves adding a graphic element, such as circles or squares, to dress up an empty wall or highlight a particular fixture in the room.

Where it works: Colour blocking is best-suited for modern spaces, such as an open-concept house or condo, but you can do it anywhere: behind art to create a focal point, around a chandelier for a medallion effect on the ceiling, or simply as an alternative to conventional wall art.

How to do it:
• Plan the spacing and arrangement of your shapes on paper, then draw them in pencil on your wall and outline them with painters’ tape.

• "Choose a colour that relates to something else in the space," says Sharon Grech, colour design manager for Benjamin Moore. Pull a colour out of a piece of art you wish to highlight, or tie in a colour from an adjacent room. You can be more daring and adventurous when you’re colour blocking, she adds. "It’s a good way to bring in a trend colour and you can always paint over it later." 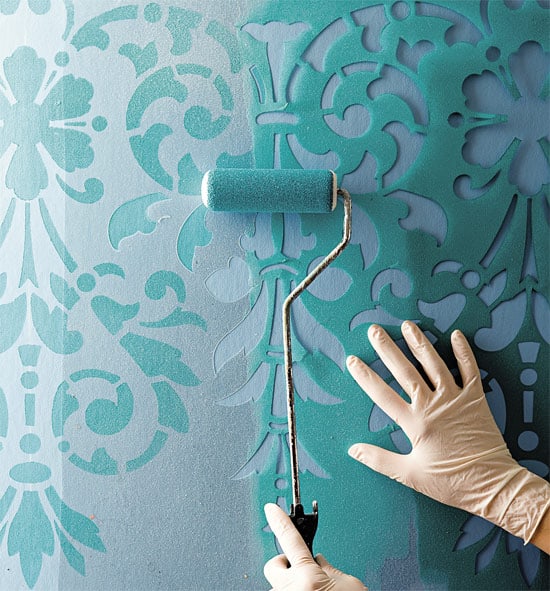 What it is: A paint technique that never goes out of style, stencils add drama to any wall and are a great alternative to wallpaper. These days, there are tons of stylish stencils, so don't worry about it looking too '90s.

Where it works: Stencils work anywhere you want to add interest with a graphic element. "The technique tends to be used as an accent or border, rather than on an entire wall," says Sharon. “You can use stencils behind mirrors, on stairs, or even on part of a wall to give the appearance of wainscotting."

How to do it:
• When it comes to choosing a stencil, your best bet is to go with something that isn’t too intricate, just in case it bleeds.

• Simply adhere the stencil to your wall and apply the colour. "Don’t rely on tape – use a low-tack adhesive spray to adhere the stencil instead," says Sharon. "And a high-density foam roller works well, just make sure to remove any excess paint to prevent bleeding." 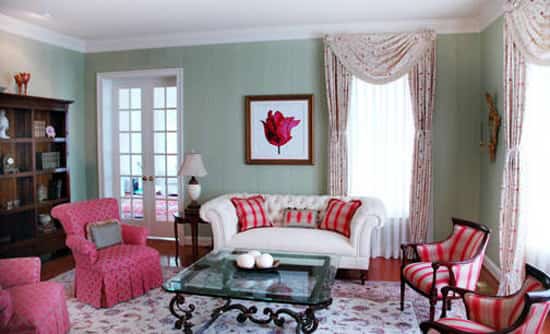 What it is: From the French word for "stripe", strié is a faux finish effect that gives walls a subtly streaked appearance. "It creates the look of textured fabric, such as silk or denim," says Sharon.

Where it works: This versatile technique can be used in any room. While finer lines and neutral colours create an elegant, contemporary feel, there’s recently been a return to a more rustic, burlap-like look, reflecting trends on fashion runways.

How to do it:
• Apply a glaze mixture over your base coat, then run a dry brush over top before it has a chance to dry, cleaning the brush with a rag between strokes. "I use a white-washing brush with heavy bristles," says Sharon.

• Using a pearl or gloss finish for the base helps the glaze move better. "When mixing colour with the glazing liquid, make sure it's about three shades darker than the base," says Sharon. "Also, use two to four parts glaze to one part paint to make it more translucent, adding more paint as needed." 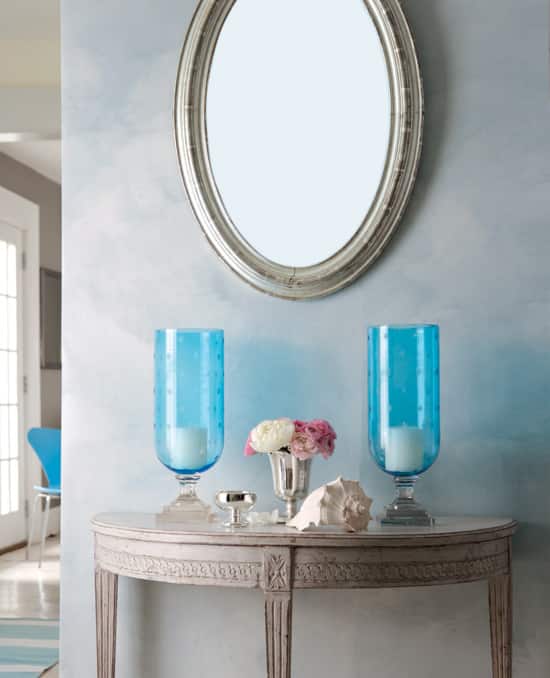 What it is: "Colour washing is a great way to create a soft, cloudy effect without actually adding texture to your walls," says Sharon. The current trend is to apply the technique more subtly than in the past, she says, so it looks like a soft water colour rather than a heavy plaster.

Where it works: Perfect for powder rooms, bedrooms and bathrooms, for creating a dreamy atmosphere.

How to do it:
• You can use a rag to "wash" the glaze over the base coat, or a large brush to apply the glaze in random criss-cross strokes for a more textured look.

• "It’s important to use colours from the same family, such as a pale blue with purple," says Sharon. "And usually your base coat should be lighter (about two value changes on a paint chip) than your glaze."