Where else would suit a rocker like Bon Jovi than this stunning SoHo, New York, penthouse with panoramic views, wall-to-wall windows and modern features?

At the top of the New Museum Building in New York City, is the famous abode of rock star, Jon Bon Jovi. The musician first bought the 7,452-square-feet duplex penthouse with 11-feet-high ceilings, in 2007 for $24 million. Soon after, Bon Jovi renovated the property into an ultra-modern condo.

When it was first listed in March 2013, the residence received lukewarm reception due to the steep asking price of $42 million -- almost double of what he spent -- and it was immediately taken off the market. In April 2013, the home was listed for a second time, dropping the price to $39 million, but failed to sell once again.  The two-level home features two master bedroom suites, two chef’s kitchen, six bedrooms and six baths and three terraces. The Wanted Dead or Alive singer has now changed real estate agents and lowered the amount to a listed price of $37.5 million, furnished.

Is third time the lucky charm in selling this rocker penthouse? Check the listing and details here. 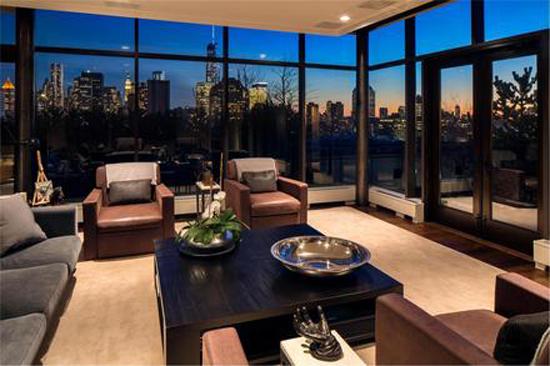 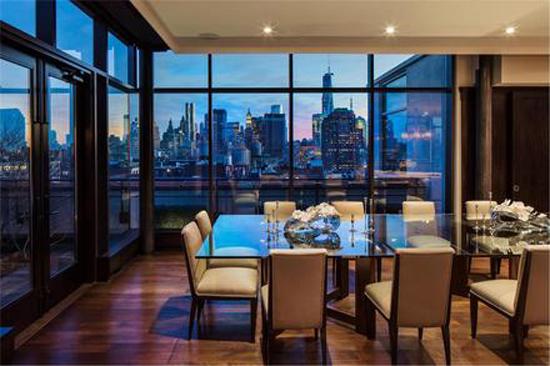 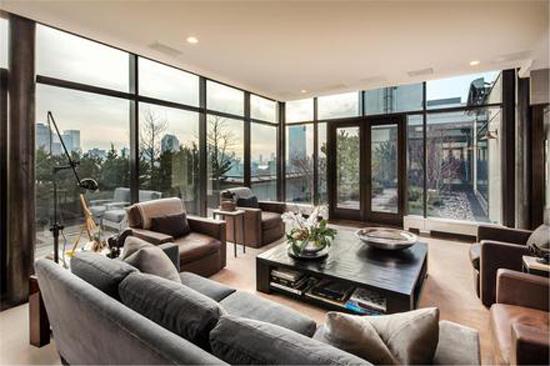 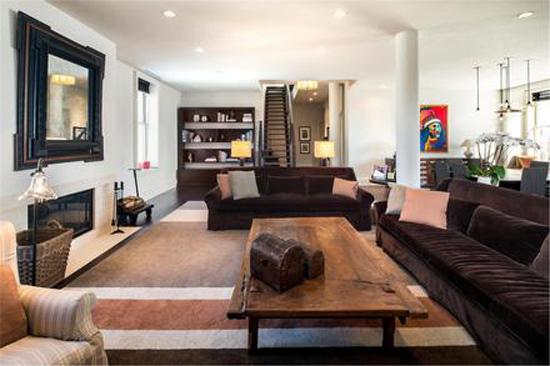 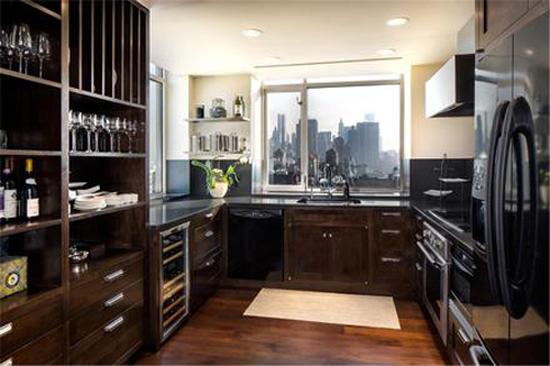 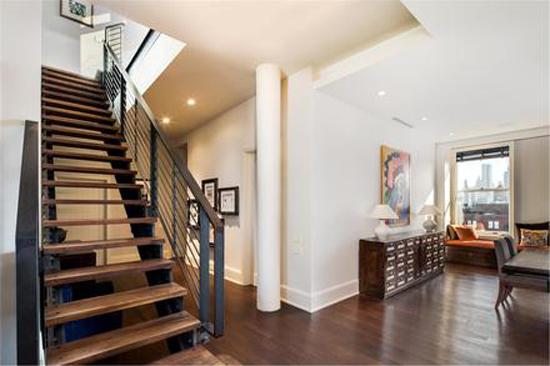 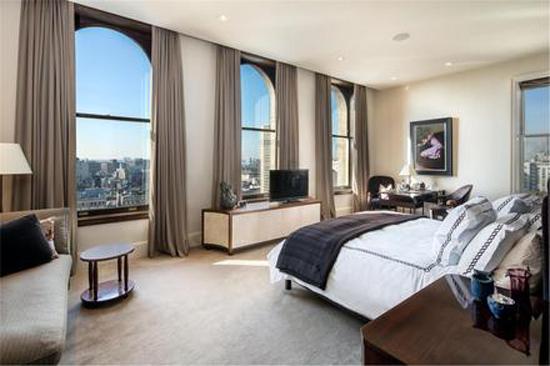 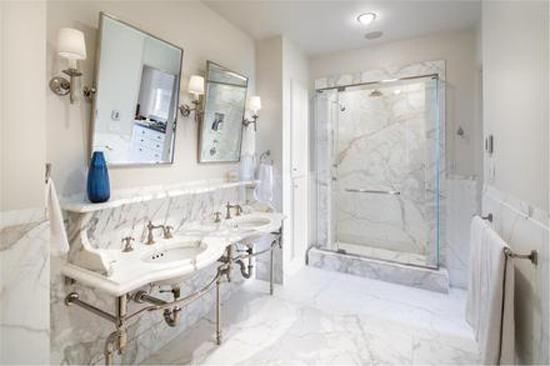 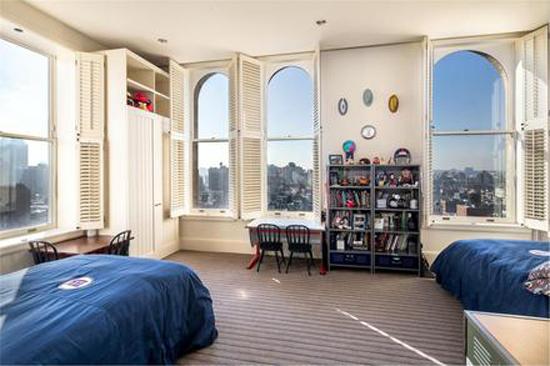 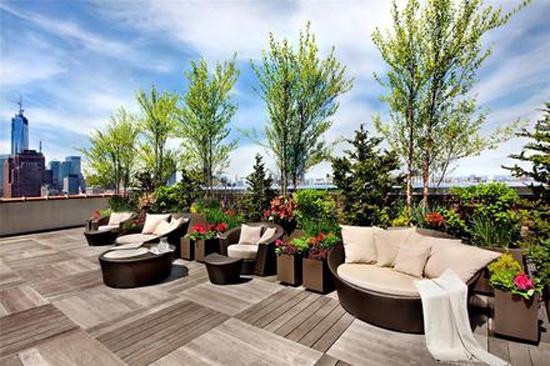 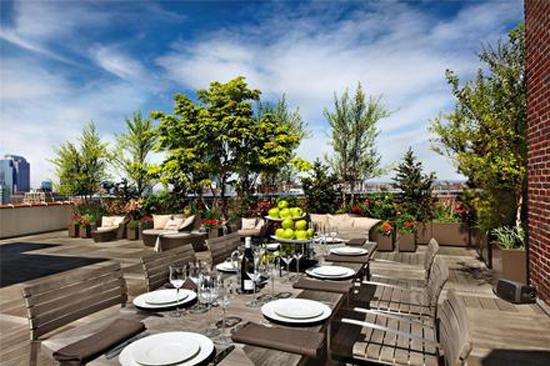 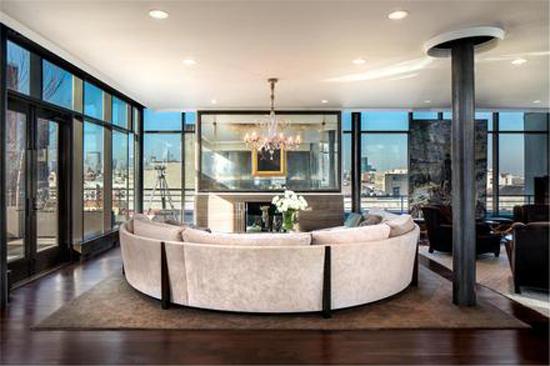 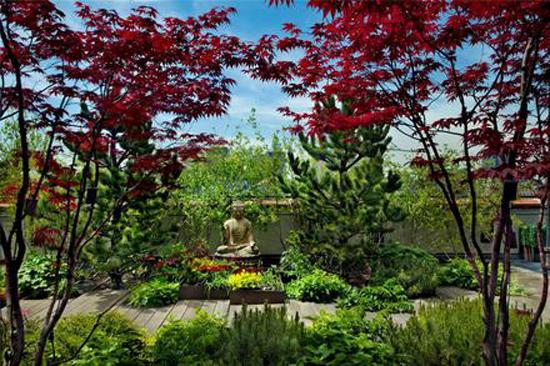 This elegant dining room has a glass table set, floor-to-ceiling windows paired with rich hardwood flooring that flows through the entire home. While eating a fine meal, enjoy the panoramic views of the city from each part of this penthouse.

Who needs indoor lighting when there's plenty of natural light, thanks to the grand windows throughout this penthouse. The rich masculine dark tones play well with the lighting and neutral flooring.

This suite may have a masculine feel, but decor accessories like the black-framed mirror above the wood-burning fireplace, and pop of art give a contemporary feel and splash of colour back to the room.

One of two -- yes two! -- chef's kitchens, equipped with dark cabinetry and a built-in wine cooler, high-end appliances and deep sink. The chocolate brown cabinets provide a great contrast against the neutral walls, while an oversized window brightens up this first floor kitchen.

A modern steel staircase creates a Manhattan loft-like vibe and leads to the upper level of bedrooms and entertainment rooms.

Imagine waking up to that gorgeous New York City view! Well, you could from one of the two modern-style master bedroom suites. Arched windows and a mix of neutral and dark tones are used in the master to mimic the upscale look similar to the rest of the home.

Can we say marble? From floor tiles to the double vanity and walk-in shower, everything is marble in this all white master bathroom. Also, tilt vanity mirrors and sconces, with exposed piping, turns this bathroom from ordinary to modern-industrial.

Here's a children's bedroom that can also act as a kid's playroom. Following its own scheme, it's by far the most colourful space in the house. With small tables for crafts or homework, a built-in shelf for books, the fully carpeted room also has extra storage thanks to the tall corner cabinet.

If you're like Bon Jovi, then you may be entertaining guests with great food and rocking out to some music at this outdoor dining space with plenty of seating for all his guests.

Have some peace of mind at this zen garden. Lush greenery and a massive Buddha sculpture allow for meditation and will have you thinking about the tranqulity of Tibet right in the Big Apple.