The story of one creative couple, their power tools and their adventures transforming their house into a home.

A reciprocating saw is not what you’d expect to find on a bridal registry. But Jennifer Flores and Sean Stanwick had a specific plan for their wedding booty. Shortly after the couple married in 2007, they purchased a modest 1950s home in midtown Toronto. It was boxy with a red brick exterior and was owned by an older woman who shared the space with her cats. Most notably, the interior was blanketed in pink shag carpeting, including an upstairs bathroom.

Most people would’ve taken one look at the sea of Pepto Bismol and ran, but not these two: “We saw the house as a laboratory we could experiment in,” says Jennifer, the perky design blogger behind Rambling Renovators – a site that gets 4,000 readers a day and more than 100,000 page views a month. Sean, an architect, is the muscle behind many of the couple’s DIY projects at home. “I design, he builds – it’s a perfect match,” says Jennifer. “When we got married, we put a lot of power tools on our wedding registry. When we moved from our condo, we got to try them out,” she says with genuine excitement, which explains the picture-perfect DIY wainscotting in the dining room and nearby marble fireplace surround installed by Sean. 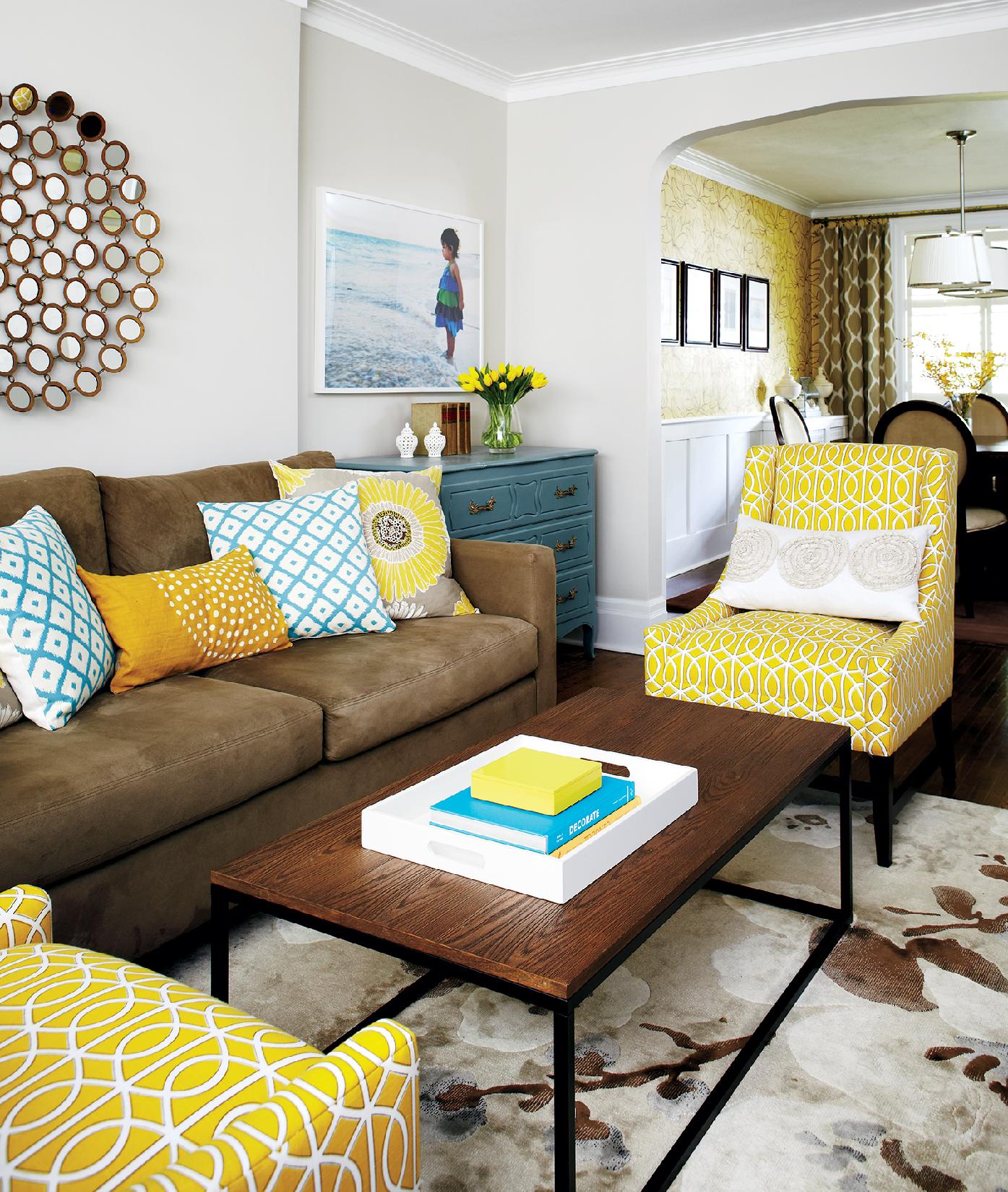 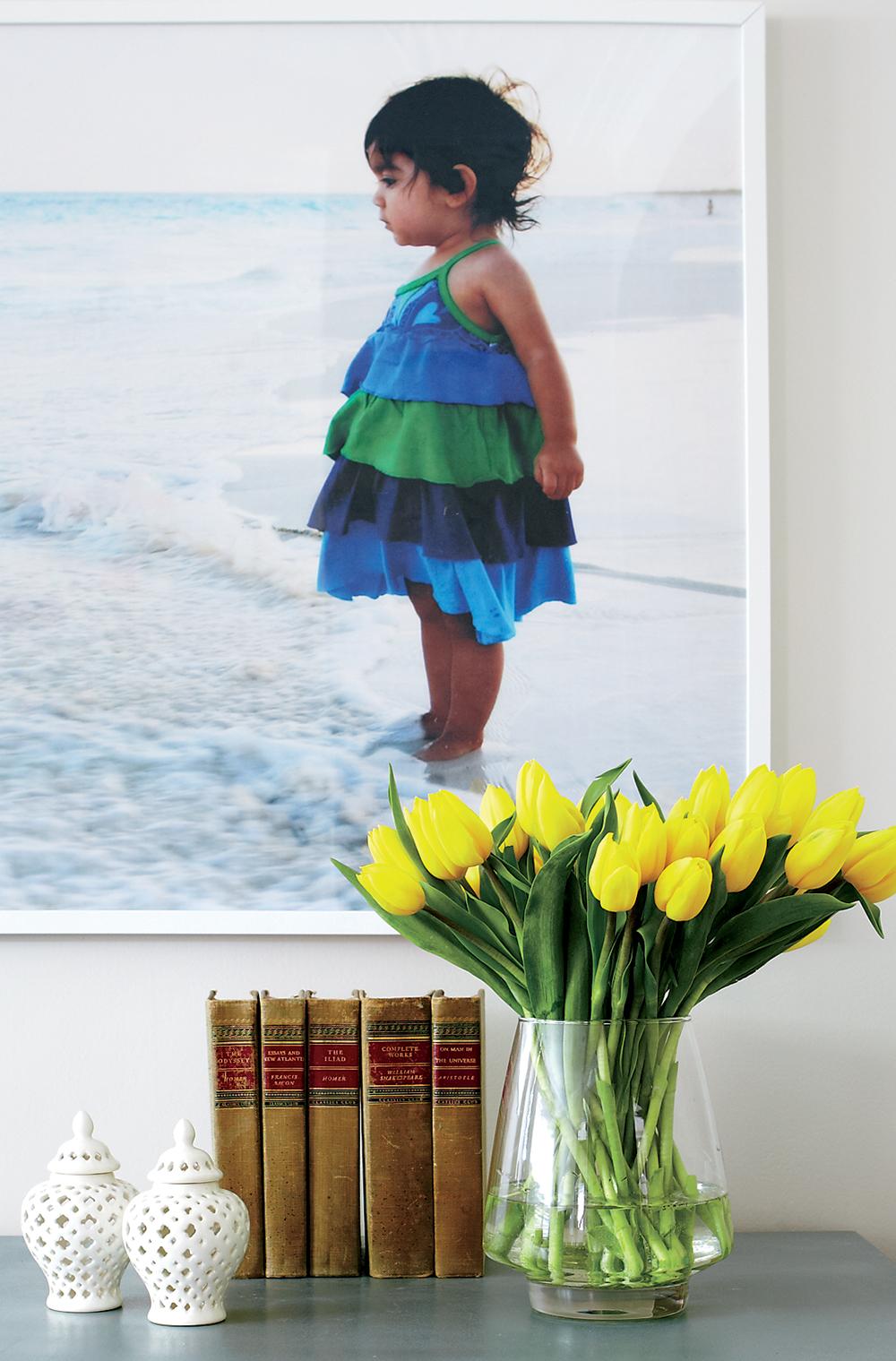 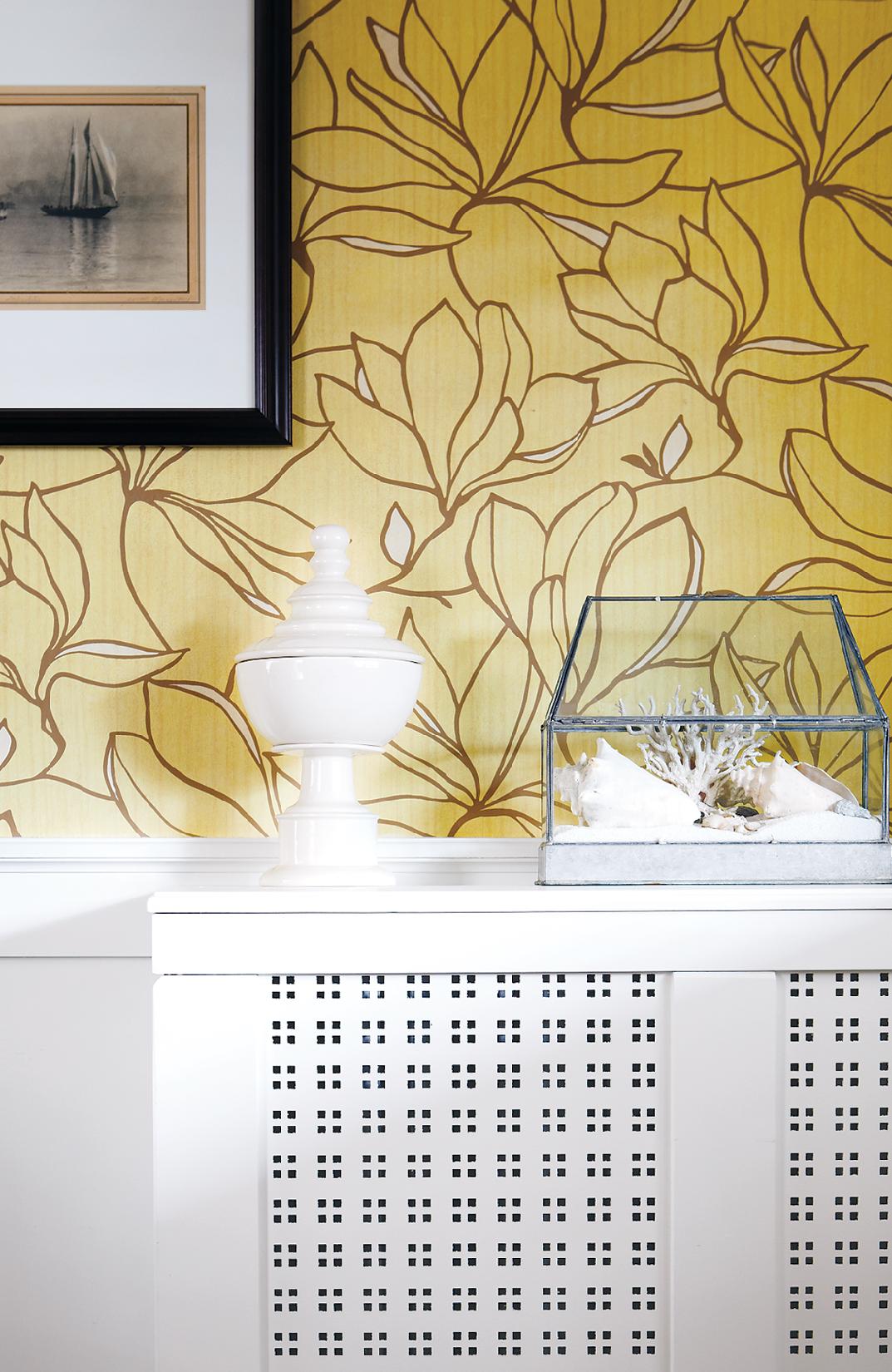 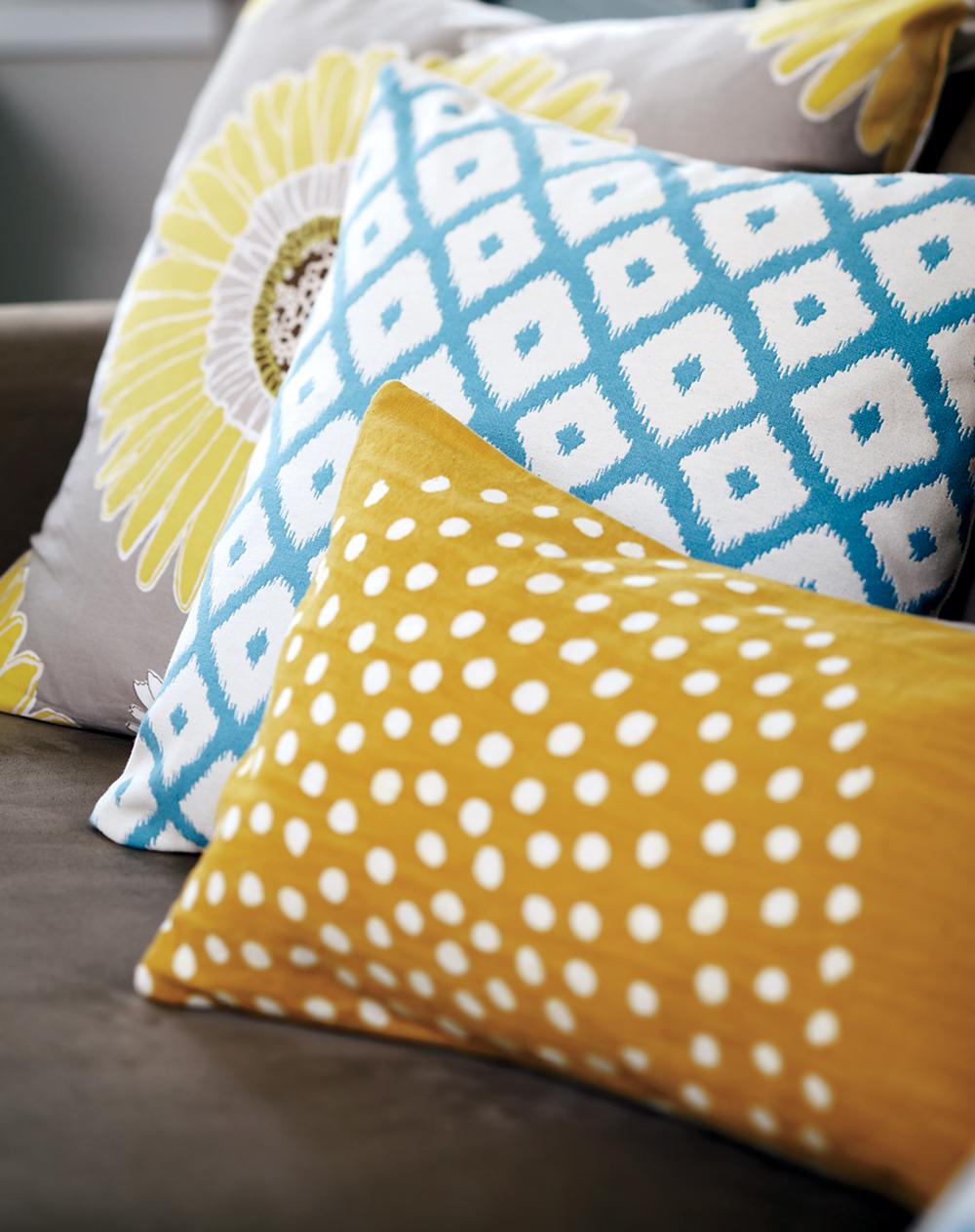 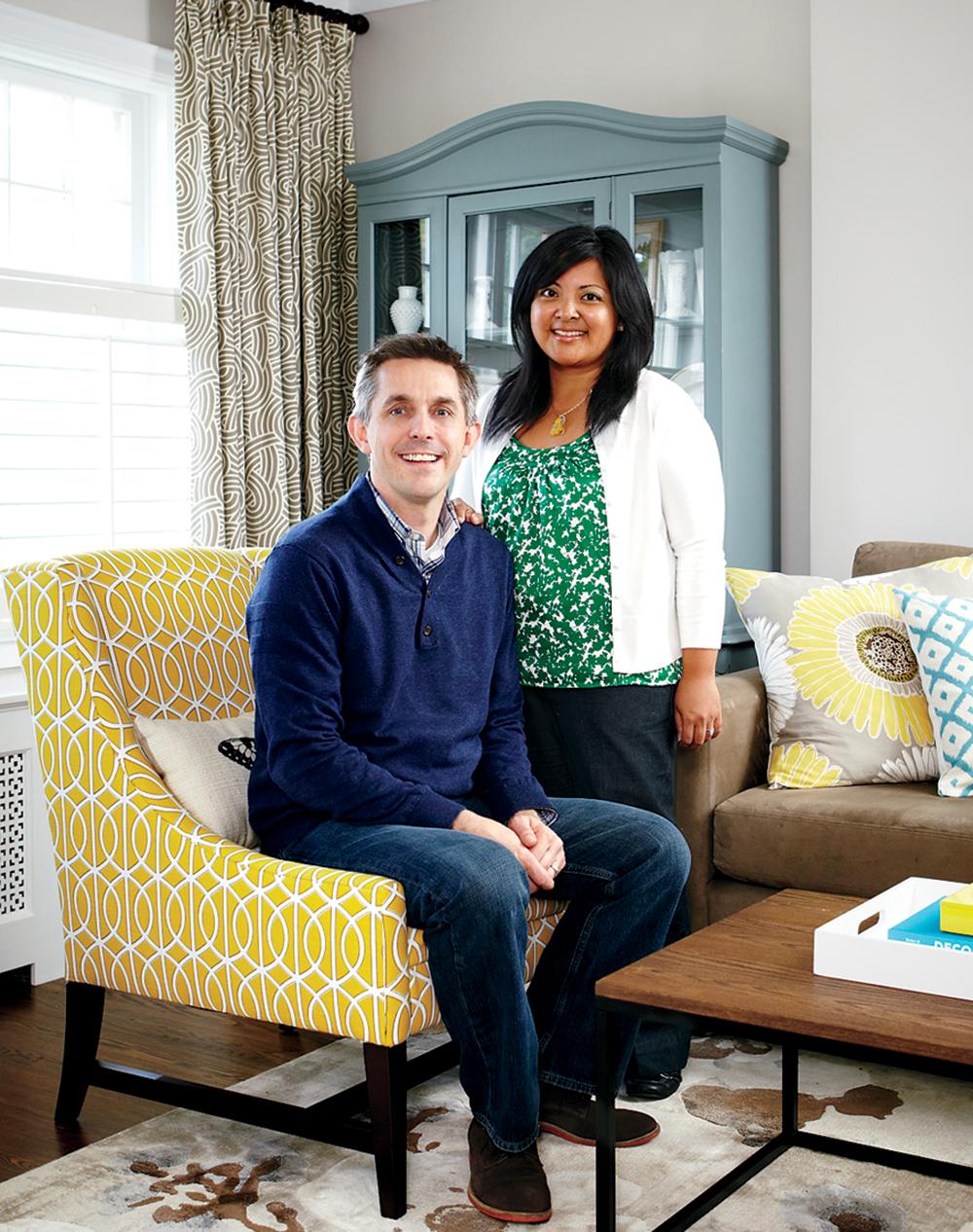 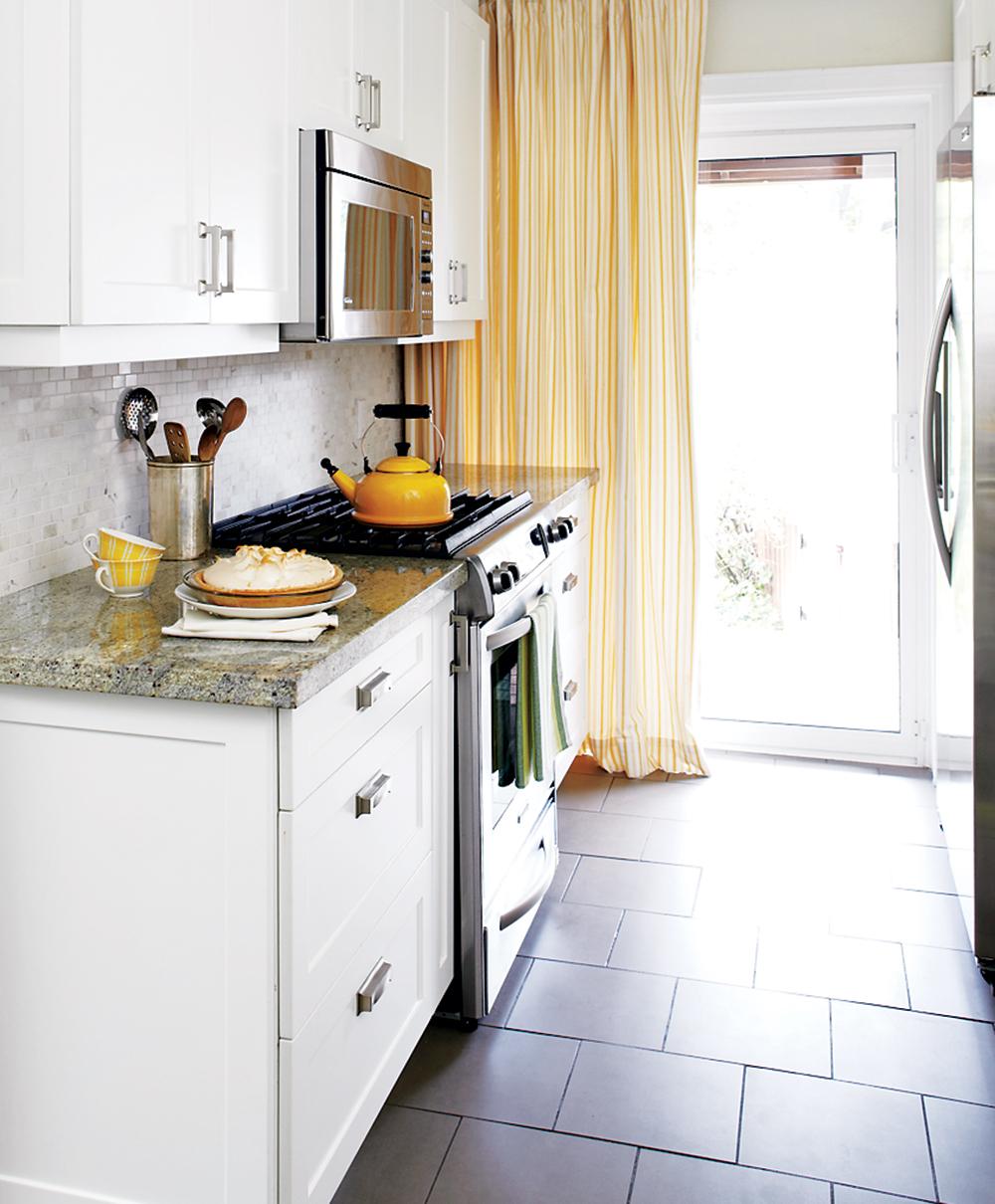 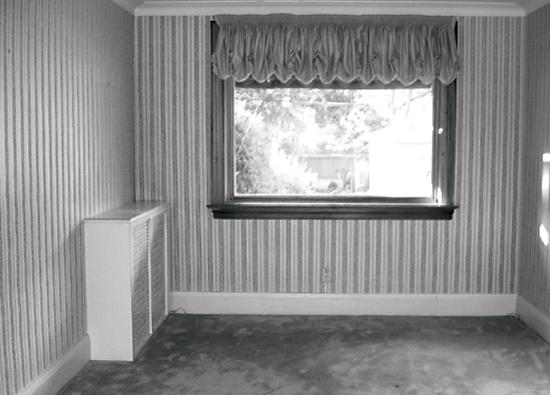 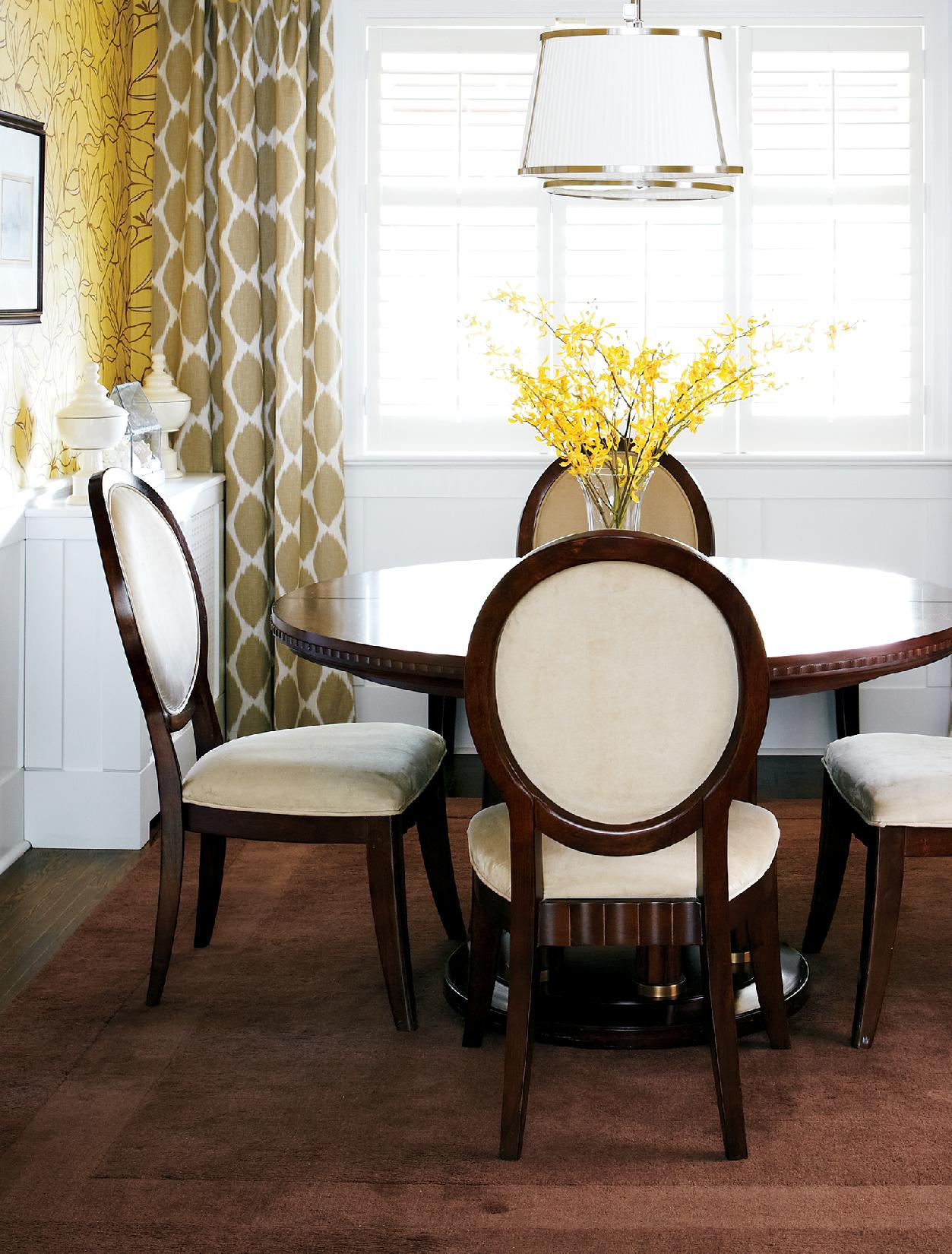 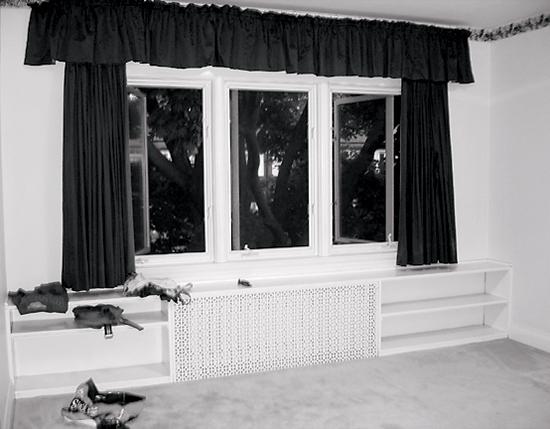 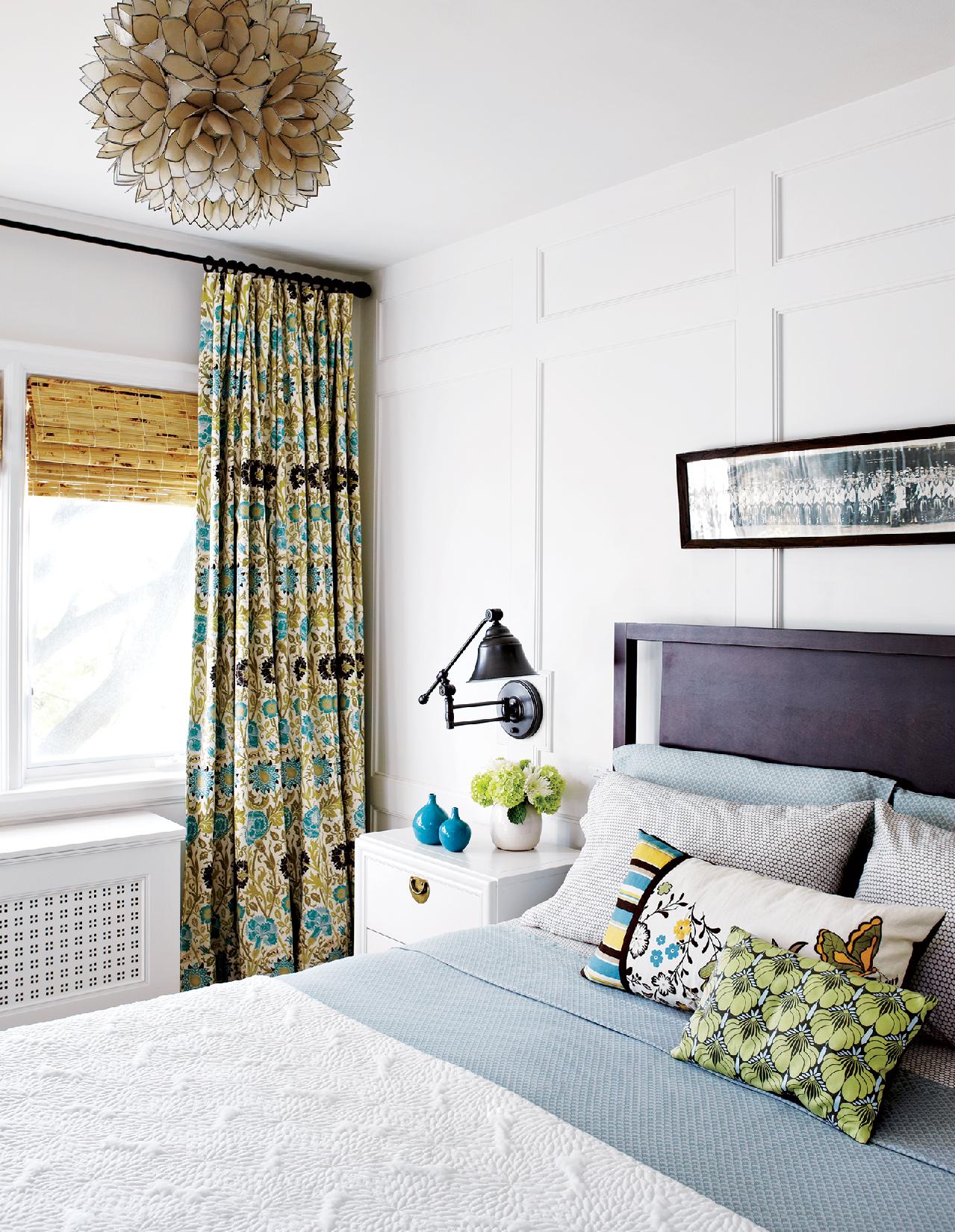 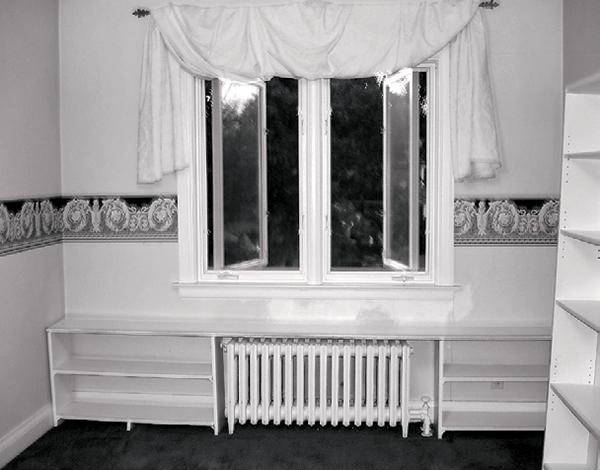 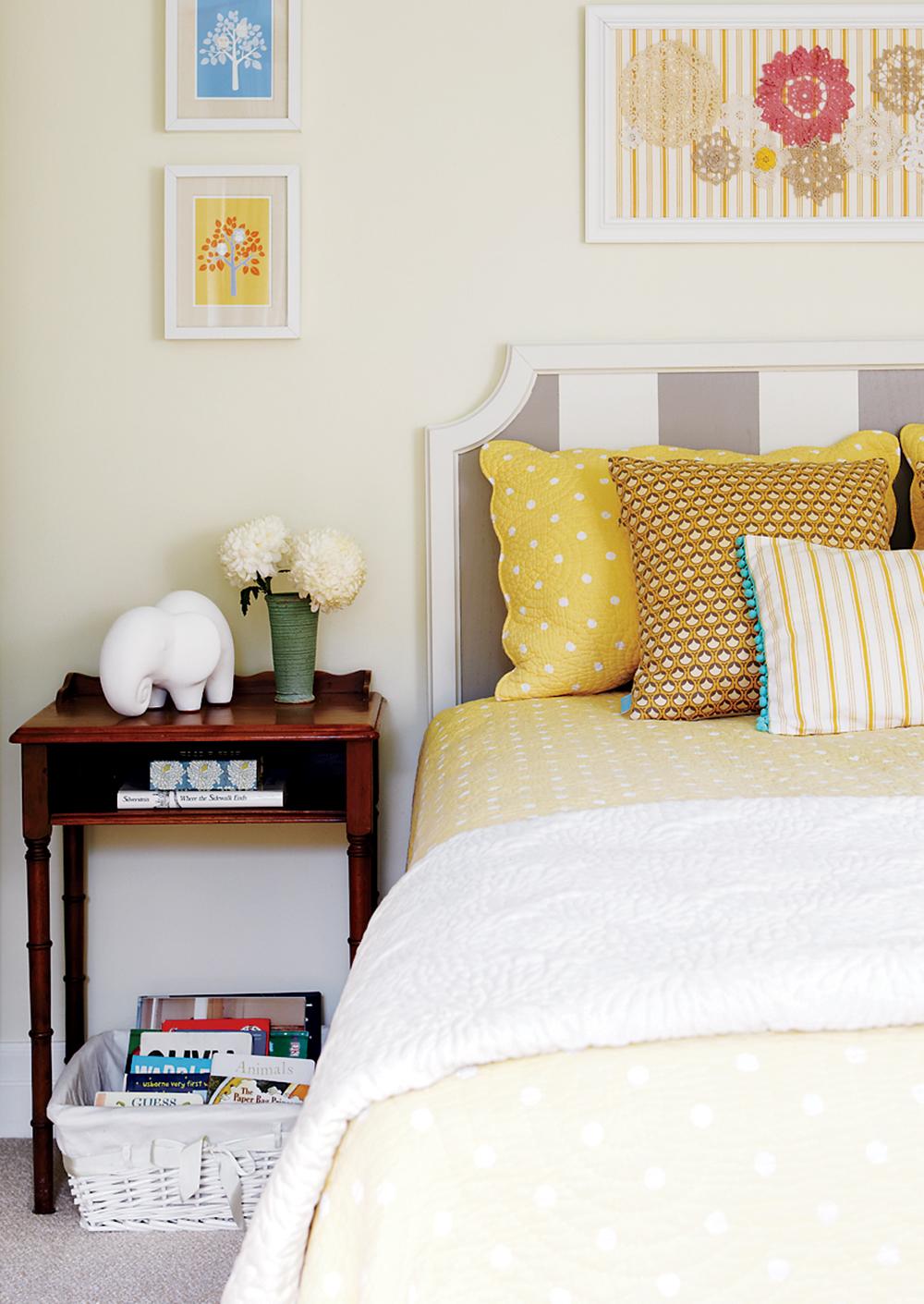 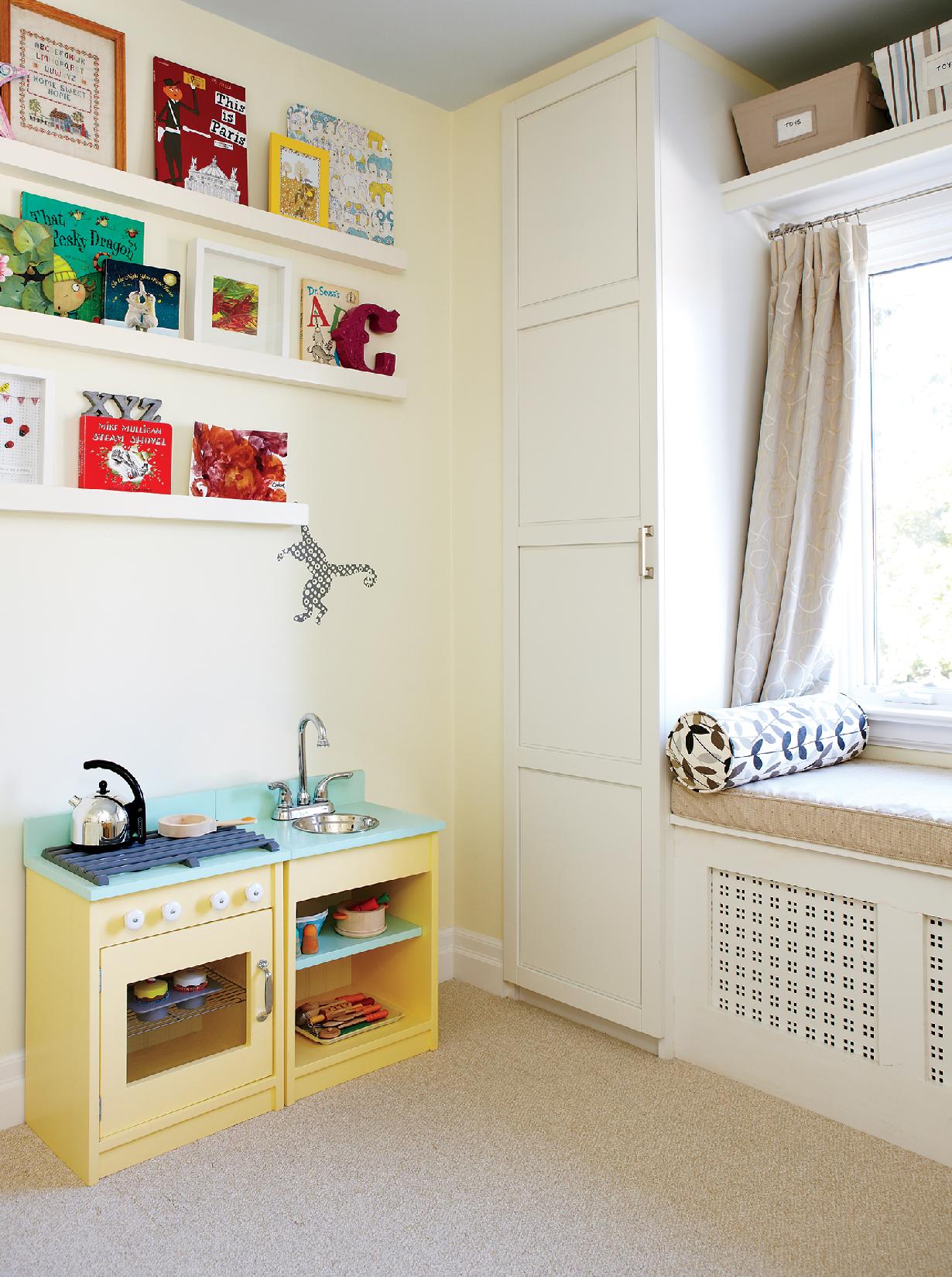 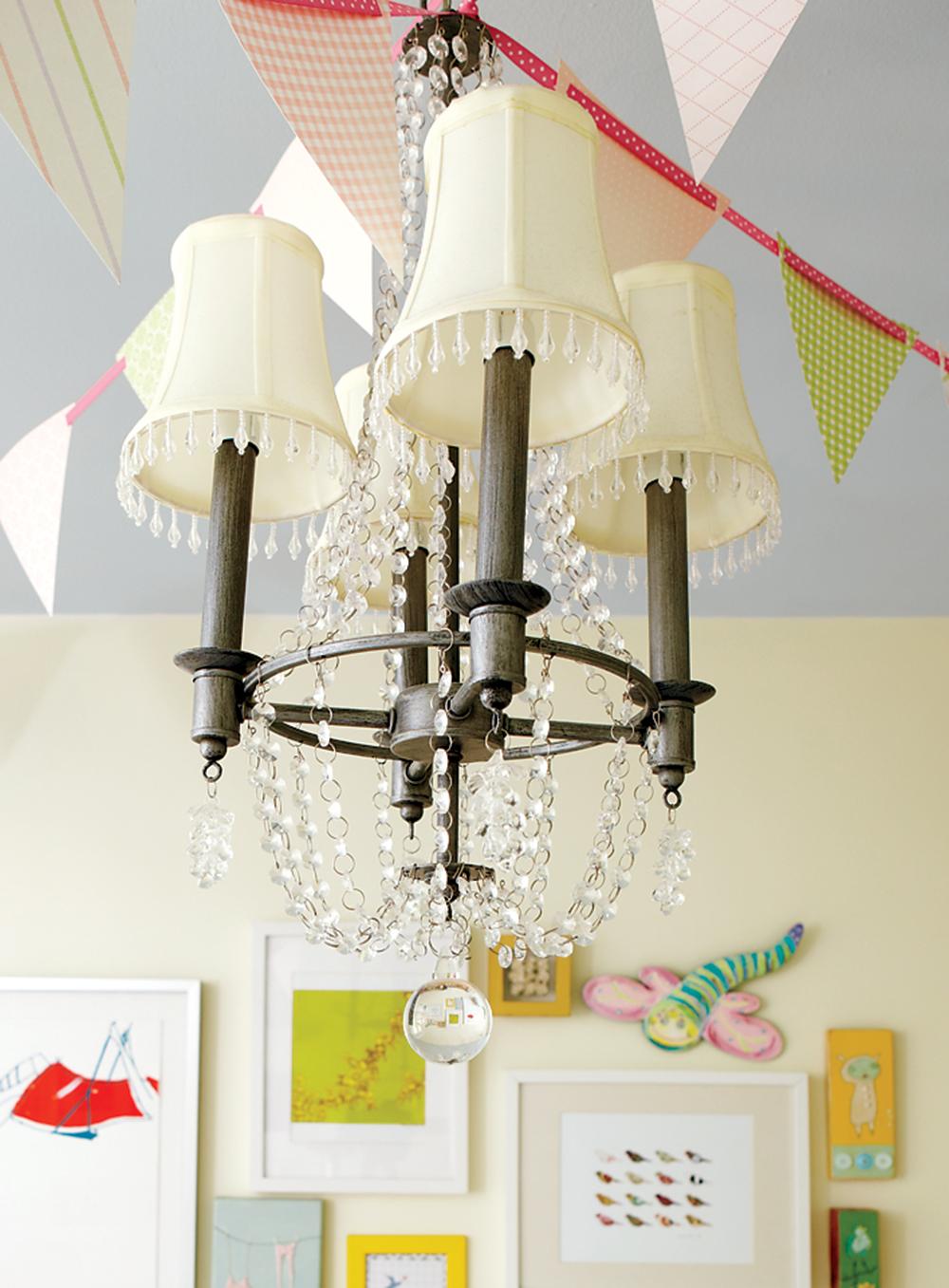 Rhapsodic variations of blue and yellow are used throughout the magnificent living room decor - the first room one sees when entering the house.

Homeowners Jennifer Flores and Sean Stanwick blew up a photo of their daughter, Chloe, which takes pride of place in the living room.

Custom raditaor covers made from white-painted perforated metal, built by Sean, are meant to resemble pieces of furniture.

Homeowners Jennifer Flores and Sean Stanwick are the dynamic duo behind the Rambling Renovators blog.

After: Bright and formal dining

"I like the formality of an intimate dining room. If it's open to the kitchen you see the mess and hear the chaos," says Jennifer. The couple added wainscotting to the dining room, which lends formality and a custom look to the space.

After: Cozy and fresh master bedroom

Jennifer bought the capiz chandelier on eBay seven years ago. Its sculptural shape is emphasized by a ceiling medallion the couple added. The sophisticated panelling behind the bed (installed by the DIY duo) is made of inexpensive MDF.

After: Charming and fun retreat

The headboard, found by Jennifer at a hotel liquidator is painted with fun fat stripes.

Jennifer and Sean built the play kitchenette - it's one of Chloe's favourite toys.

1 Get acquainted with your home. Spend time living in your space so you can better understand how you want it to function. 2 Set Priorities. Knowing your priorities (more space, updated finishes, improved layout) will help you decide where to spend your renovating dollars. 3 DIY or tradespeople? Do you have the time and skill to DIY? Bring in the professionals for those tasks you don’t have the knowledge or inclination to do yourself. Do your research and find a tradesperson that’s reputable, licensed and insured. Ask for references from past customers. 4 Communicate clearly. Ensure tasks and responsibilities are laid out and agreements are in writing. Always hold back a percentage of the fee until after final inspection to ensure the work meets your expectations. 5 Follow the code. Always find out which permits are necessary before you start any work. 6 Seek inspiration. Tear images out of magazines and bookmark inspirational ideas from your favourite design blogs. Compile these together and refer to them through your renovations. 7 Do your research. Research the materials, appliances and fixtures you want to include in your remodel. Create a wish list. 8 Draw a floor plan. Incorporate the proper measurements and locations for furniture, appliances and fixtures into your layout. 9 Measure twice. Keep detailed measurements of your rooms, doorways, stairwells and entranceways. That way, when you’re in the store pondering if the new gas range you’re considering will fit down the hallway, you’ll know! 10 Map it out. Use painter’s tape on the floor to mark furniture and appliance placement. Want to have sconces over your bedside table? Plan for an outlet nearby. Putting in an extra-long tub? Decide that before you do the framing. 11 Think about the details. Consider how the room functions. Which way should the door swing? Where should you put the refrigerator so that it doesn’t block traffic? These small details impact the comfort and enjoyment of your room. 12 Know your scope. Know what home renovations you want ahead of time. Be aware of “scope creep” and resist the urge to expand a kitchen reno into a whole house remodel. However, recognize there may be certain things that are cheaper to do if you tack them onto your existing renovation plans. 13 Budget wisely. Create a realistic renovation budget and allow 10 to 15 percent for contingencies. If you’re close to your limit, consider ways you can save. 14 Splurge and save. A well-designed room has a mix of things that catch your eye and ones that blend into the background. Pick just a few highlights to spend your money on. 15 Expect the unexpected. Don’t be surprised to open up a wall and find unforeseen damage and repairs that need to be made. These surprises are just part of the renovating adventure!