Share
Share
What designer wouldn’t want to hear this from a client? “Just design this home as though you’d live in it yourself.”

That’s what happened to designer and media personality Kelly Deck. Her client, a builder with whom she’d worked before, brought her to see a 1920s cottage-style home, which he planned to renovate and sell, in Vancouver’s trendy Kitsilano neighbourhood. She remembers standing at the front door on that first visit: “I laughed and said to him, ‘What have you gotten yourself into?!’ It was modest – just 2,320 square feet – and, having been owned by the same person for so many years, it hadn’t been touched in ages.”

Despite the home's less-than-favourite first impression, Kelly just couldn’t refuse a carte blanche project like this one and the opportunity to design a house a mere five blocks from the shore in her favourite cottage-casual style. 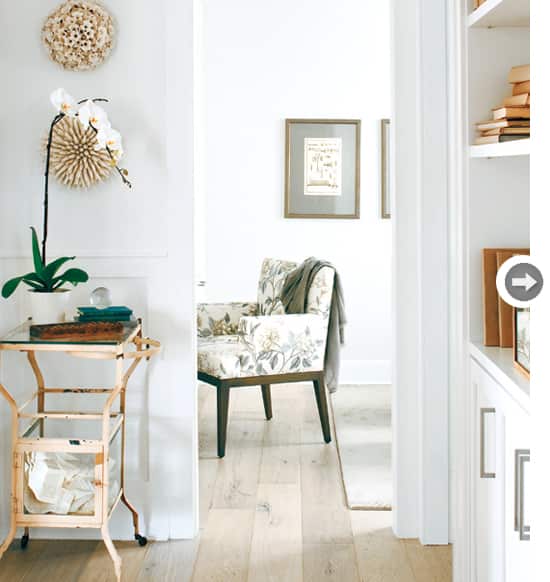 Front hallway
In the front entry, a metal curio cart strikes a nostalgic note while built-ins maximize storage. Kelly chose a more formal desk chair in a pretty floral for the den, since it would be in the direct sightline of people entering the house. 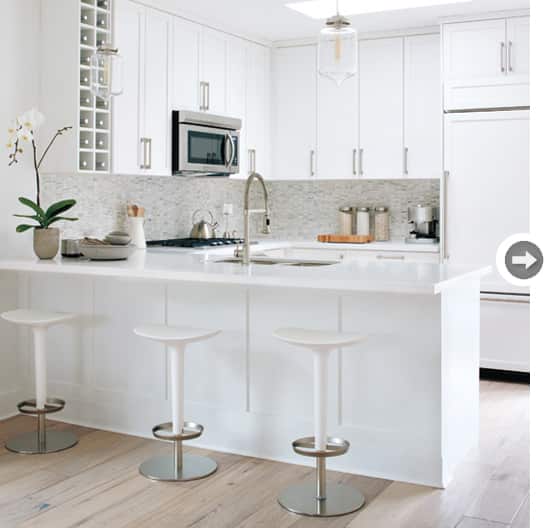 Kitchen
Shaker-style cabinets suit the informality of the open-concept kitchen. Kelly loves giving style to a space through lighting - the pendants at the breakfast bar are modern, but with an industrial edge. 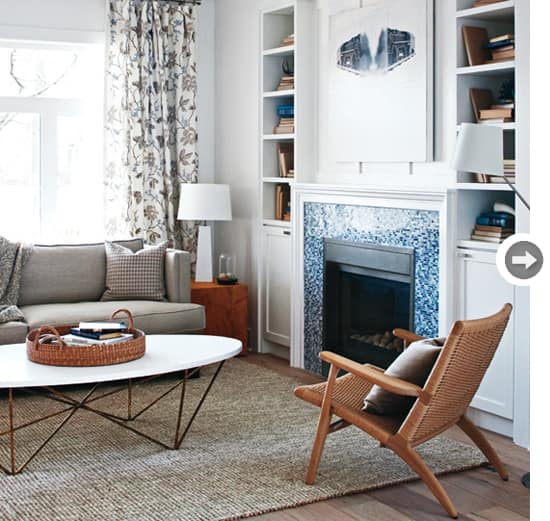 Living room
A recent trip to Scandinavia influenced Kelly's picks for the living room, such as the Danish modern chairs, floral drapes and checked cushions. The contemporary cottage-casual vibe is captured by the soft, watery colours (like washed-out wood tones and iridescent blues) and natural fibres (linen, wool and jute). 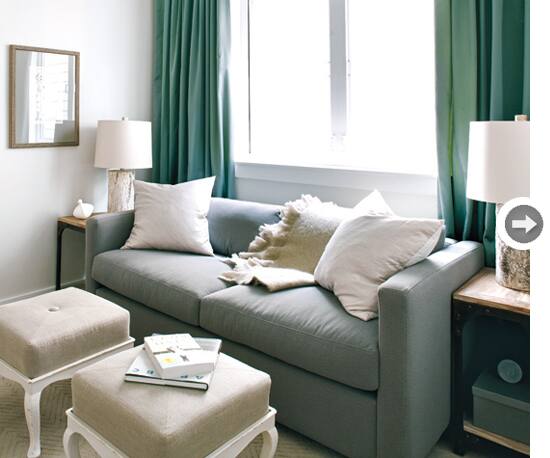 Den
"I added the blue silk drapes because the room is so small it needed something to ground it," says Kelly. The ottomans are a secondhand find re-covered in linen. The tables were pricey but you can balance the budget, Kelly advises, by making smart trade-offs. 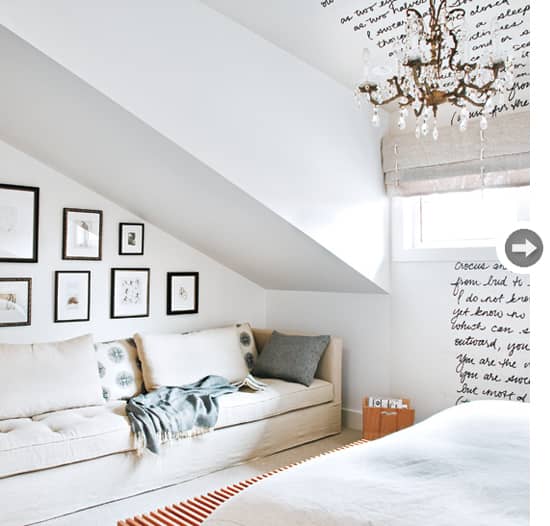 Lounge
The long daybed-like sofa under the eaves is – ingeniously – two sofas covered by a single slipcover. “We couldn’t fit something that big up the stairs,” says Kelly. The piece, with its inverted-tuft seat cushion (no uncomfortable buttons to sit on) reminds her of big Moroccan floor cushions. The back cushion’s graphic pattern plays up the bohemian feel. 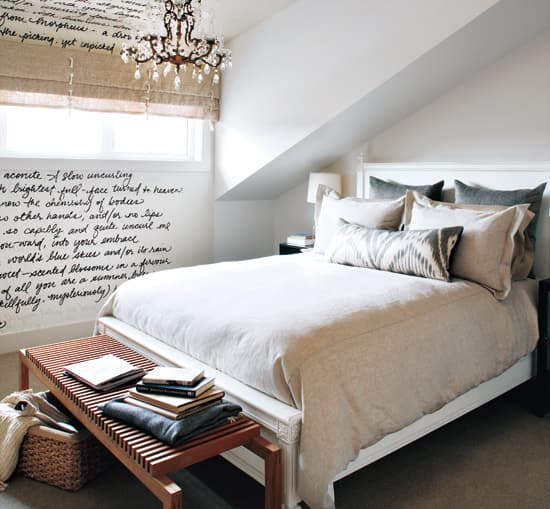 Bedroom
An ornately detailed bed suits the romanticism of the room. The Scandinavian-style bench draws a connection to the Danish modern pieces elsewhere in the house. The eclectic mix is characteristic of Kelly’s personal style.