Share
Share
Nam Dang-Mitchell saw the light. The designer’s “aha!” moment happened on her first walk-through of the model home she’d been hired to design and decorate at Mission Home’s exclusive StonePine enclave near Calgary. “The house has tons of northern light, which is beautiful and soft, and the lot is so treed in the back,” says Nam. “It’s bucolic and peaceful, so I decided to do my version of a romantic country house, but make it relevant to today’s lifestyle.”

Nam was also inspired by an artist who was once captivated by light. “I had in mind the paintings of Vermeer, with their soft, rich, warm, moody colours,” she says. That conjured thoughts of country homes in Northern Europe – Belgium, in particular. “Belgian design can be traditional and modern at the same time, and it all looks right,” says Nam. 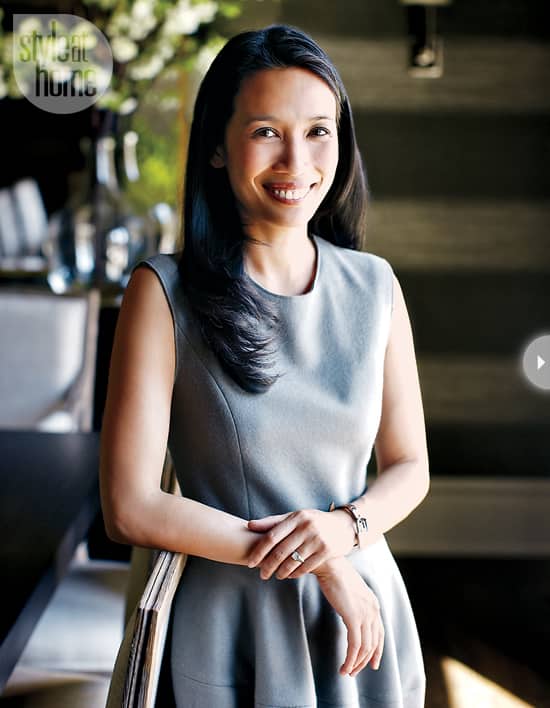 The designer
The concept – Belgian country house dressed to evoke the atmosphere of a 17th-century Dutch masterpiece – solved a challenge the designer faced. “The issue with new houses is that you don’t want them to feel brand new,” says Nam, who has worked on model homes before. The StonePine house already had traditional architectural elements like coffered ceilings, wood panelling, and cabinetry that created an aged pedigree. But, says Nam, “I’m not interested in having one note throughout a house. The envelope here is traditional, but I’ve got a modern element in every space. In the living room, it’s the cube coffee table; in the dining room, there’s a slab table. The modern sort of cleanses the palette.” 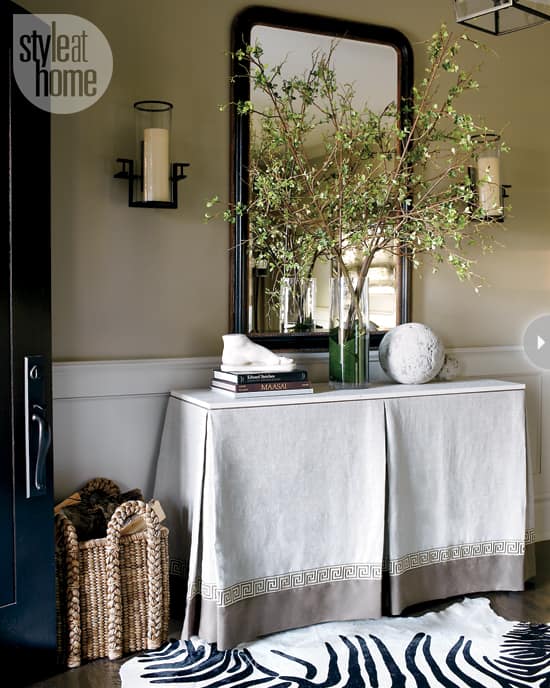 Entryway
The wall panelling in the entryway establishes the traditional feel of the architecture, while the zebra-printed rug lends exotic flair. 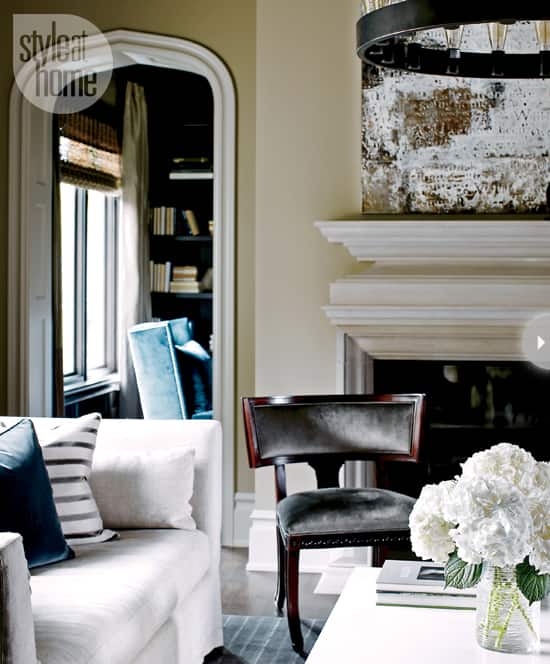 Living room
A classic klismos chair - an ancient Greek design - is balanced by a clean-lined sofa in the living room. 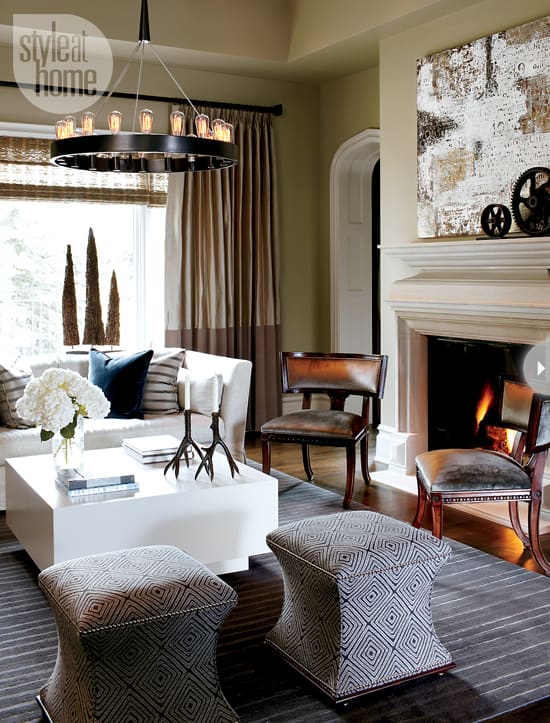 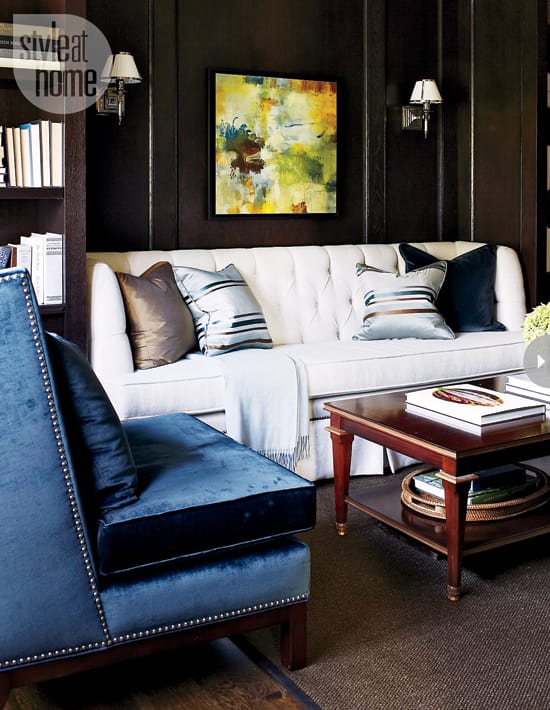 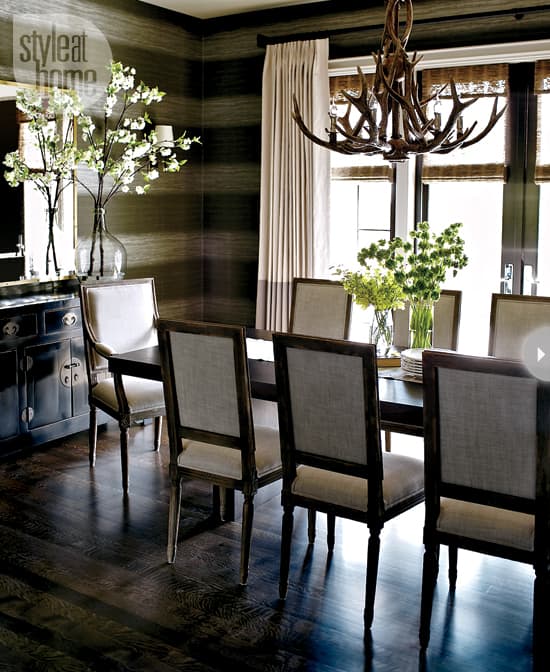 Dining room
Nam started with moody, modern wallpaper in the dining room while the tall mirror amplifies light from the windows. 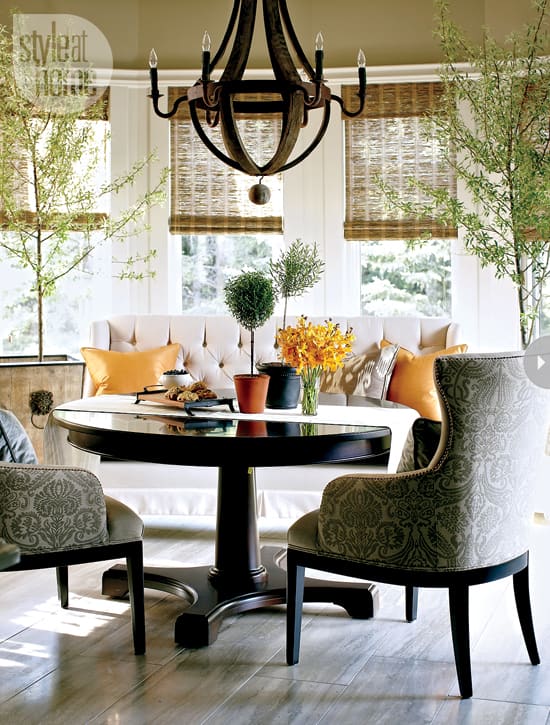 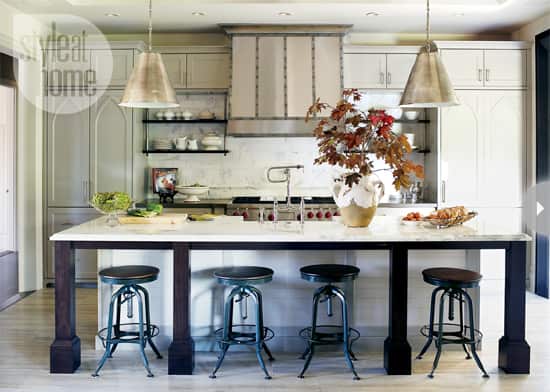 Kitchen interior
"You can see that I love symmetry and I love the stove as a focal point," says Nam. She repeated the gothic arch from the living room in the kitchen cabinetry, which is traditional and reminiscent of a European manor house, but the island injects a more casual profile. 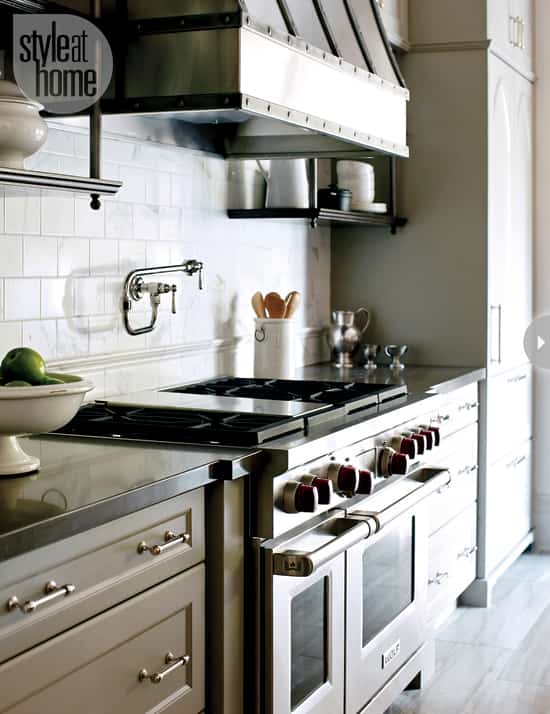 Designed details
Nam designed the stainless-steel fan hood, with its aged-pewter detailing. "it has a handmade feel, which people appreciate," she says. 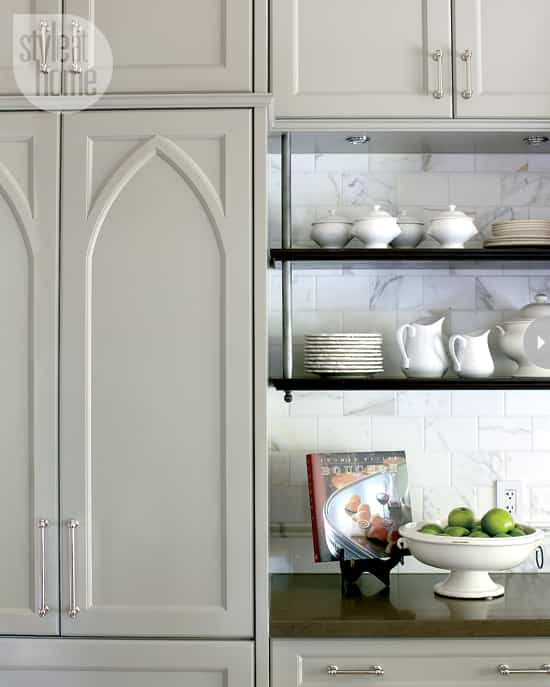 A touch of colour
"I'd been doing so many white kitchens that I was very excited to use a beautiful putty grey," says Nam, who likes the way subtle greys and taupes come to life in Calgary's bright, even light. 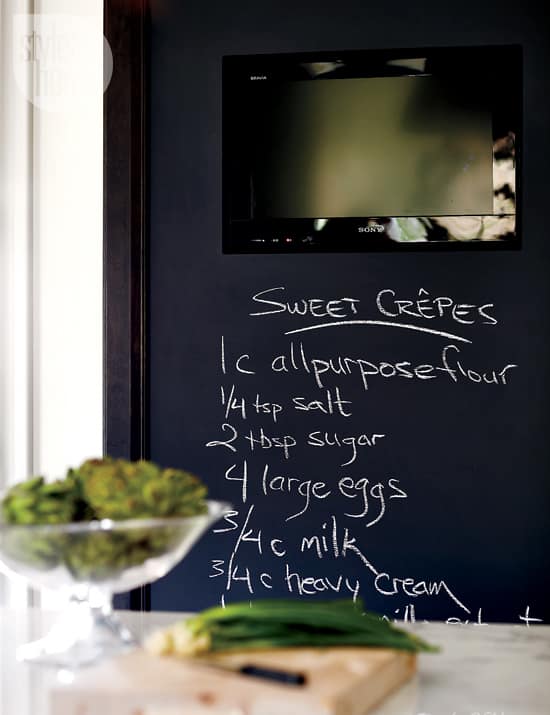 Design trick
Mounting the TV onto a kitchen wall finished with blackboard paint allows it to disappear when not in use.