There’s a saying that goes “Love at first sight saves a lot of time.” That’s only partially true in this story. It was certainly love at first sight for Heather Waugh Pitts and Tom Pitts when, in 1979, they first saw a certain stately 1915 Georgian-style home overlooking Lake Banook in Dartmouth, N.S. “We fell in love with the house,” says Heather. The problem was that the developer selling the house had subdivided and sold off pieces of its large property. Heather and Tom, who already owned a lot elsewhere and were considering building their third home from scratch, opted to walk away from the deal. “I always regretted not buying the house,” says Heather.

Fast-forward to 2003. The heritage home had changed owners twice since the ’70s and was now a private school. But Heather had heard the school would be relocating, so she contacted the owner, went for a tour, they agreed on a price and the rest is history – history, that is, made new and improved. Armed with the home’s original architectural plans, Heather and Tom used their house-building skills to painstakingly restore the heritage building to a gracious residence, doing most of the work themselves. “We tended to take things back to the way the original house was footprinted, only changing one of the rooms into an ensuite,” says Heather, an artist and designer.

That said, Heather didn’t want to live in a museum. “My style is European influenced,” she says. “It’s always been a real mix of older antique pieces that I feel are strong and some ultra-modern stuff. I like the freshness of that look.” The effect is striking and unique, with a tension between old and new that’s intensified by contrasting rough and rustic decor elements with finer pieces. 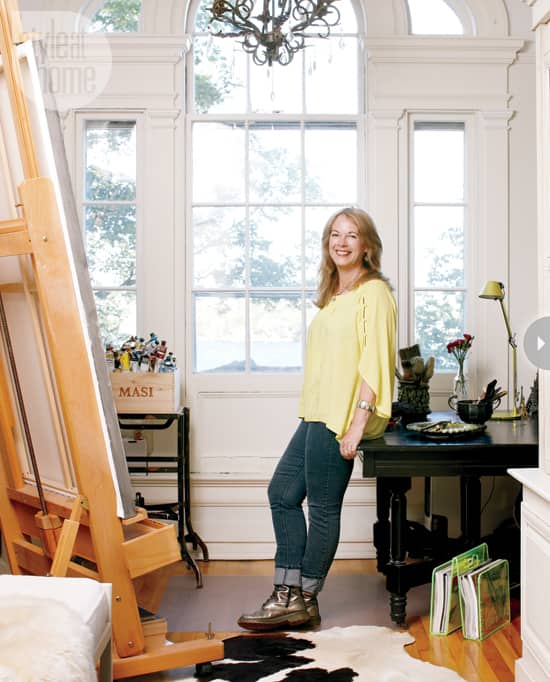 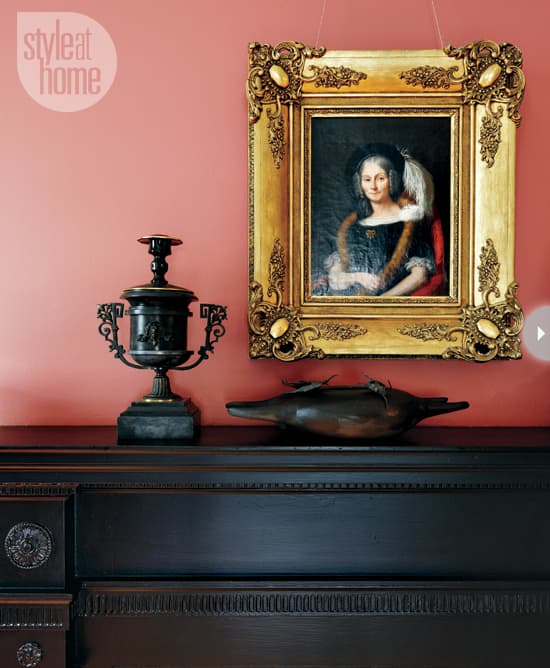 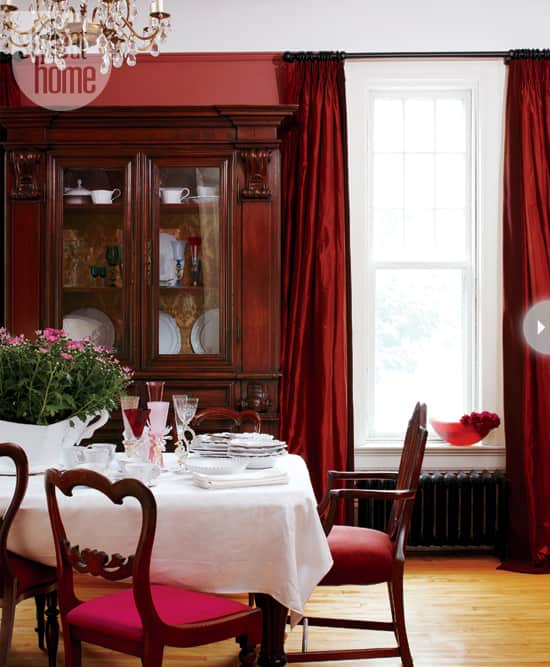 19th century dining table
Homeowner Heather Waugh Pitts first spied the 19th-century dining table at an auction. She bid on it and lost to someone who, years later, became a client. “I did work for her in exchange for the table,” says Heather, who’s been known to trade art and design work for a coveted piece. 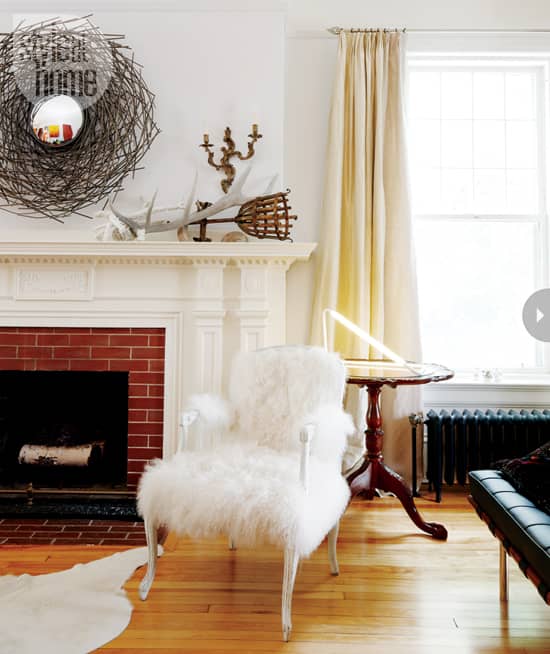 Dressing up the mantel
Heather’s own artwork (the mirror), antique Parisian gas lamps and animal horns add sculptural interest to the fireplace mantel. 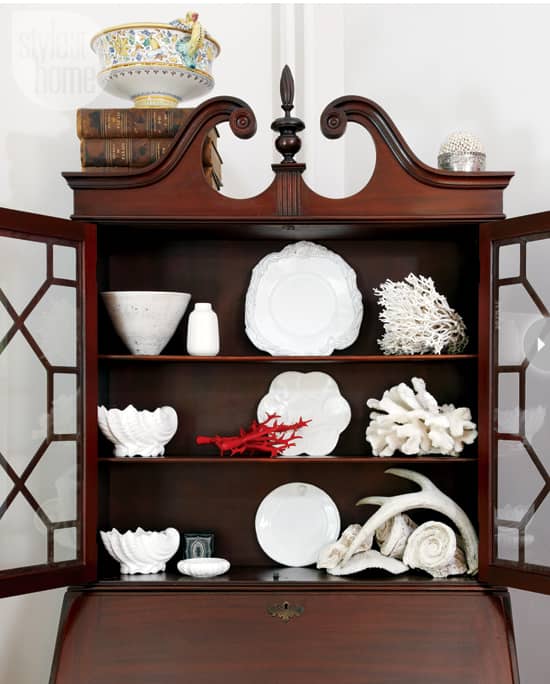 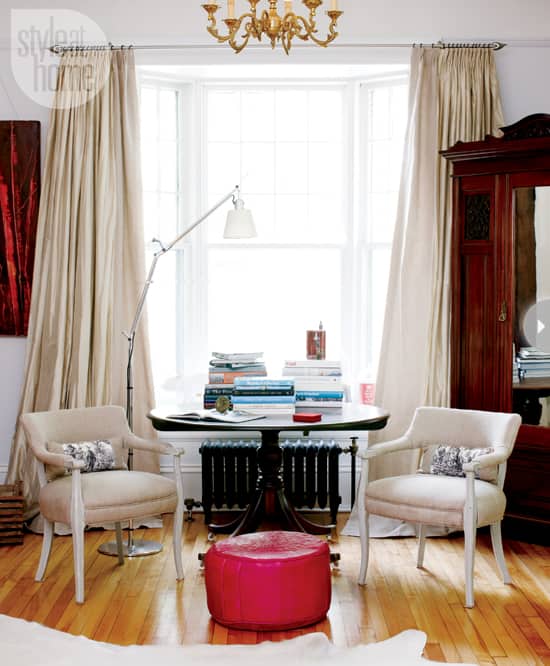 Years of collecting
Heather credits years of travelling, scouring antiques shops and attending auctions for her eclectic style in furniture. 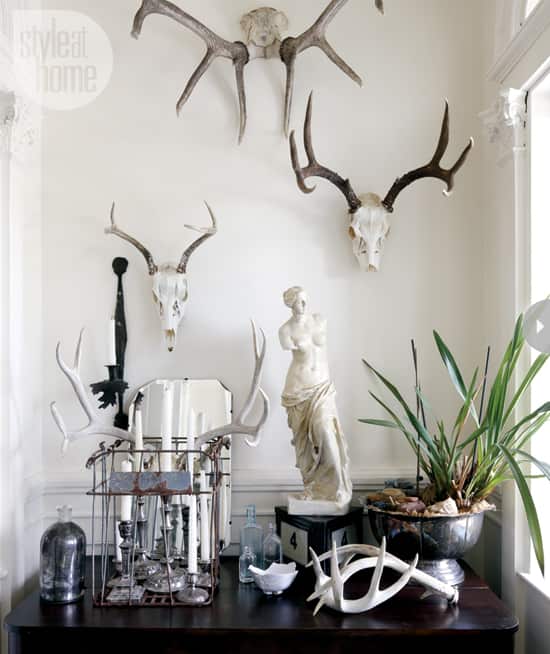 Antler collection
In the vestibule, antlers and silver sit side by side. 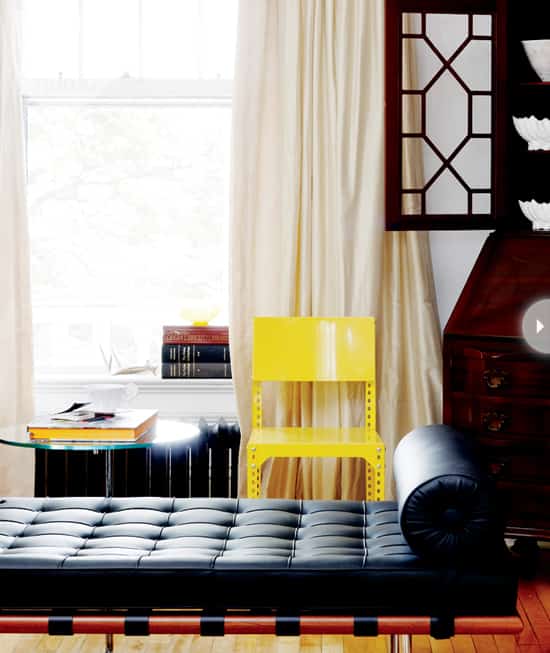 Eclectic mix
The eclectic mix of furnishings in the living room is dynamic yet cohesive. 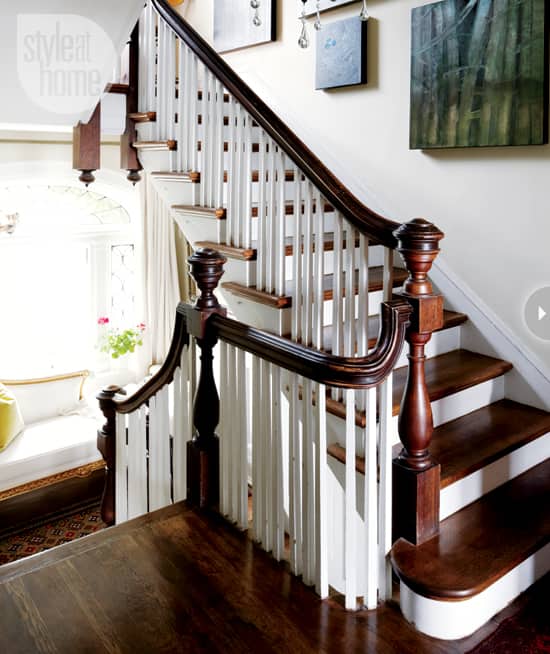 Gallery wall
The stairway leading to Heather’s home office is used as a gallery wall for her work. 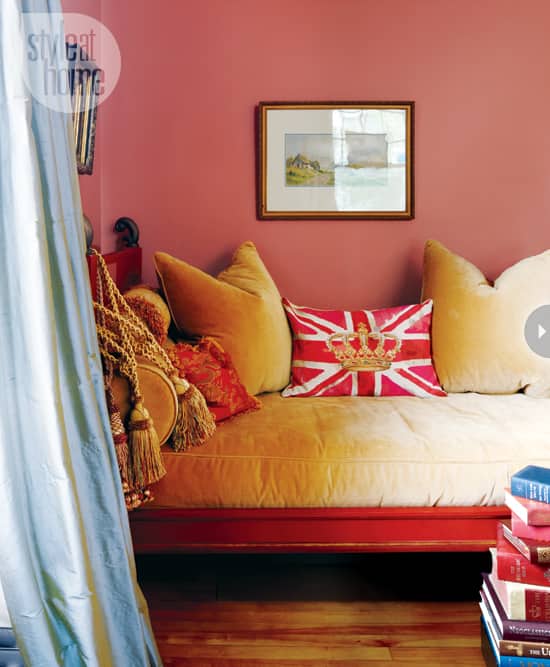 Daybed in the upstairs library
A decorated daybed decked out in plush throw pillows in the upstairs home library would prove an irresistible draw for any bookworm. The room is heavily used, says Heather, being a destination for Scrabble games and quiet dinners. 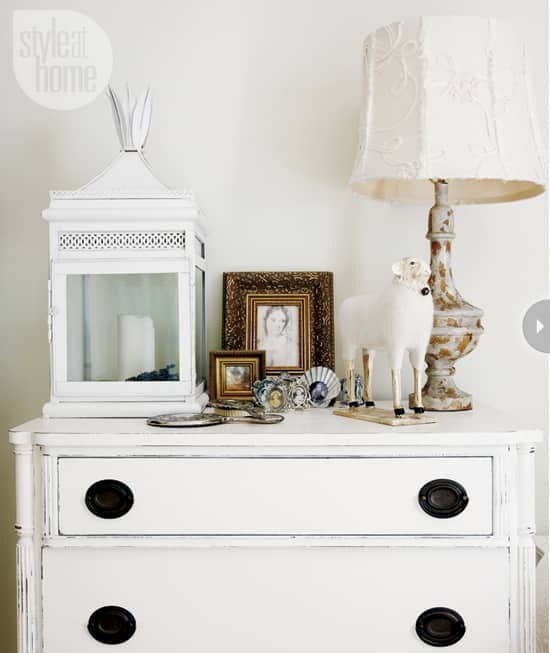 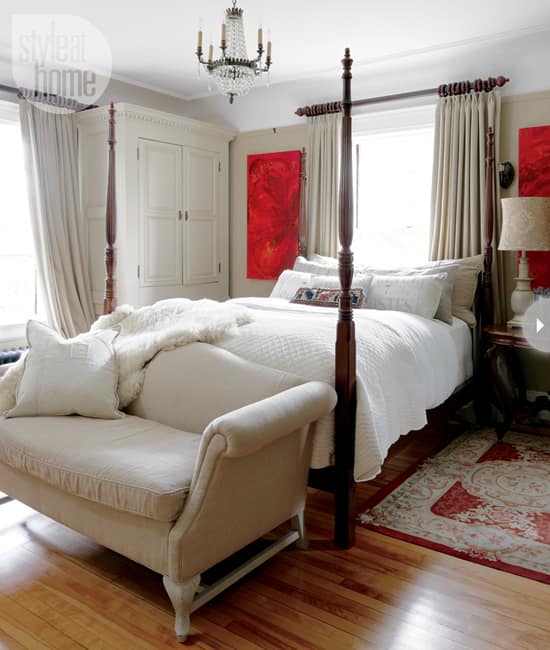 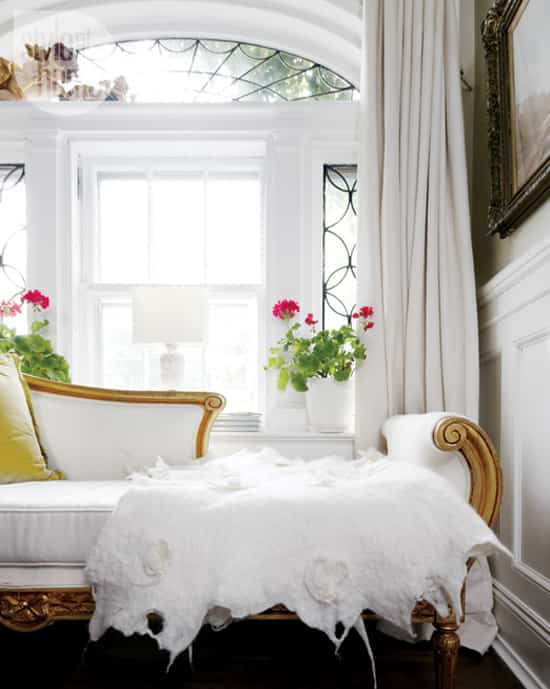