Victoria Mifsud-Teti can’t decide whether she’s sorry she doesn’t have before pictures of her house or whether she’s relieved. Sure, it’d be fun to show people the dramatic transformation. On the other hand, the state of the house was so bad when she and her husband, Tony Teti, bought it, she’d almost prefer to forget.

Built in 1922 in the west end of Toronto, the part-brick house had been in steady decline for more than 20 years when the Tetis moved in. And patch-ups by the previous owner, an absentee landlord, seemed only to have made things worse. But Victoria and Tony – newlyweds at the time and fresh from their parents’ nests – were drawn to the home’s architectural bones with stars in their eyes about the possibilities.

After a lengthy renovation, the home is now this family's dream house. That’s partly why Victoria advocates a slow, steady approach to renovation. “Let your house tell you what to change,” she says. “There’s no need to rush – a true family home takes time to get right.” For the couple, in renovation, as in relationships, life teaches you what you need. 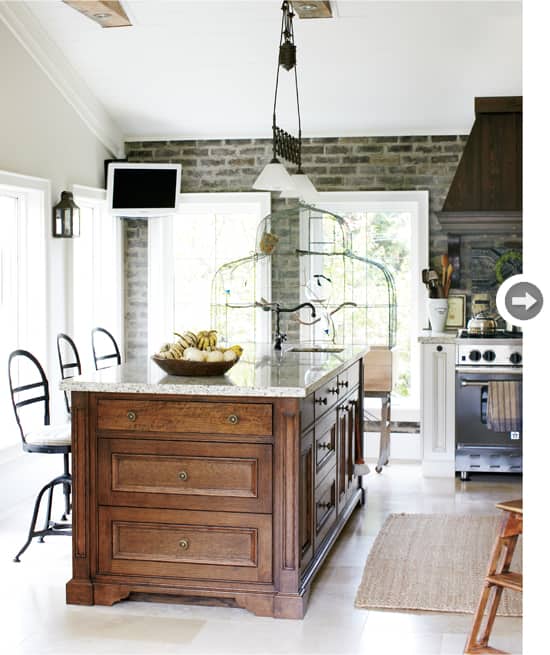 A lengthy renovation
The original deck space now accommodates the kitchen extension with its tall windows. The 4' by 9' stained-oak island serves as a dining area as well as prep space and all-round hangout. To keep the millwork and island from making the kitchen too dark, homeowner Victoria Mifsud-Teti chose antiqued white cabinets, travertine floor tiles and a commercial-grade stove. 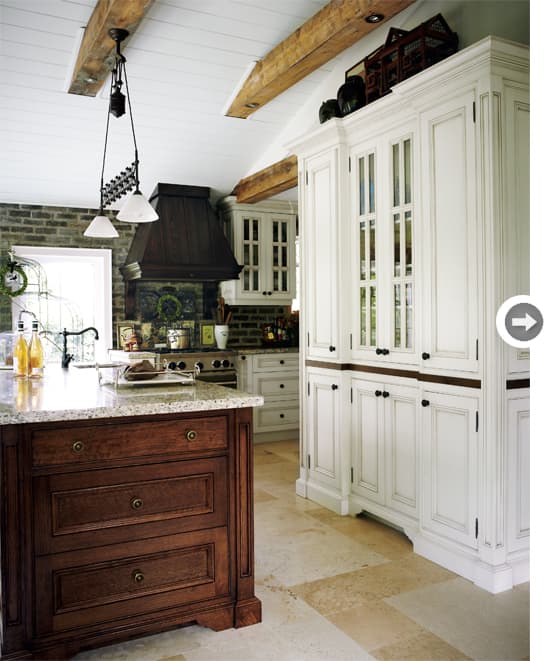 A homey kitchen
The range hood was made from recycled wood. In a brave move, brick veneer was used as a backsplash. “My idea was to allude to the brick exterior of the house and to suggest an inner chimney,” says Victoria. 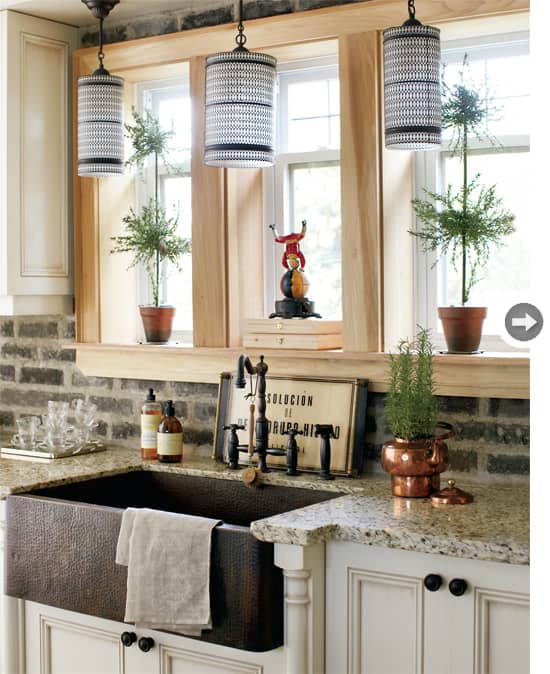 An earthy feel
The hand-hammered copper sink is a find from Mexico, while the lighting is made of sandblasted glass wrapped in netting. 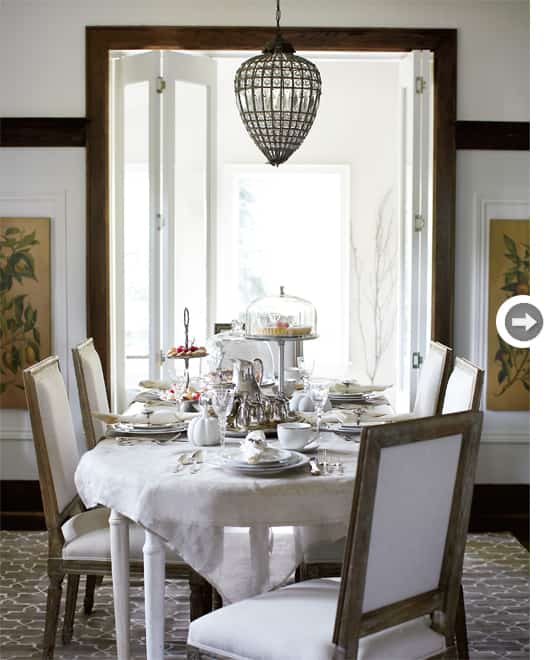 Euro-style dining room
A wide doorway opening off the dining room gives the space an open feel. The panelling and plate rail are original, but were covered in paint when Victoria and Tony moved in. Antique oak chairs complement the millwork. The antique chandelier, linen tablecloth and silver serving pieces are finds from the Tetis’ store, Rizo Lola and Company in Toronto. 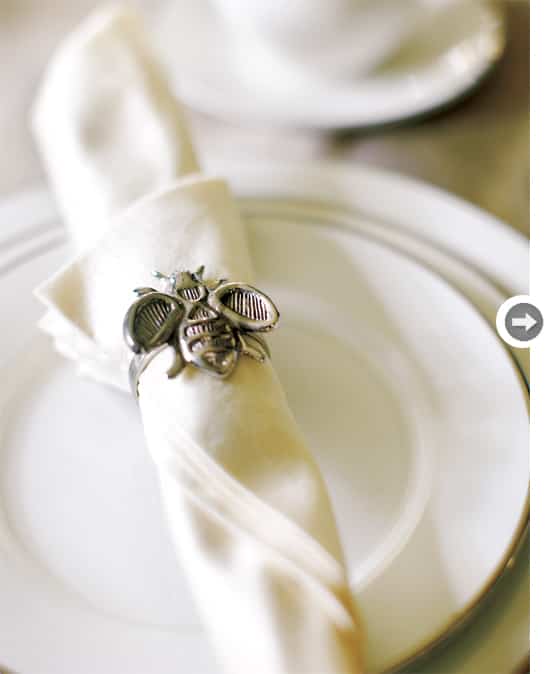 Pretty tableware
White c hina goes whimsical with a bumblebee napkin ring. Elegant serveware is enjoyed at home as well as sold in the family’s store. 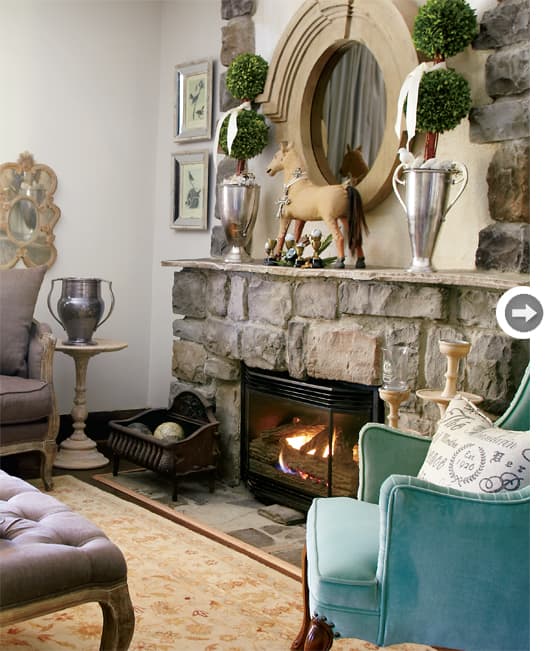 Meaningful pieces
When Victoria and Tony bought the house, the fireplace was a rude purple plaster affair. After removing its exterior, they covered the fireplace with faux stone veneer – but you’d never guess it. The room is comfortably finished with linen furnishings in neutral tones plus a chair in soft teal for a pop of colour.

The mantel displays some of Victoria’s favourite things, such as the handmade horse figure and a few antique trophies from Malta.
The mirror, sold at Tony and Victoria’s store, has an eye shape that’s said to keep bad luck at bay; the bell originally graced the counter at the couple’s shop. 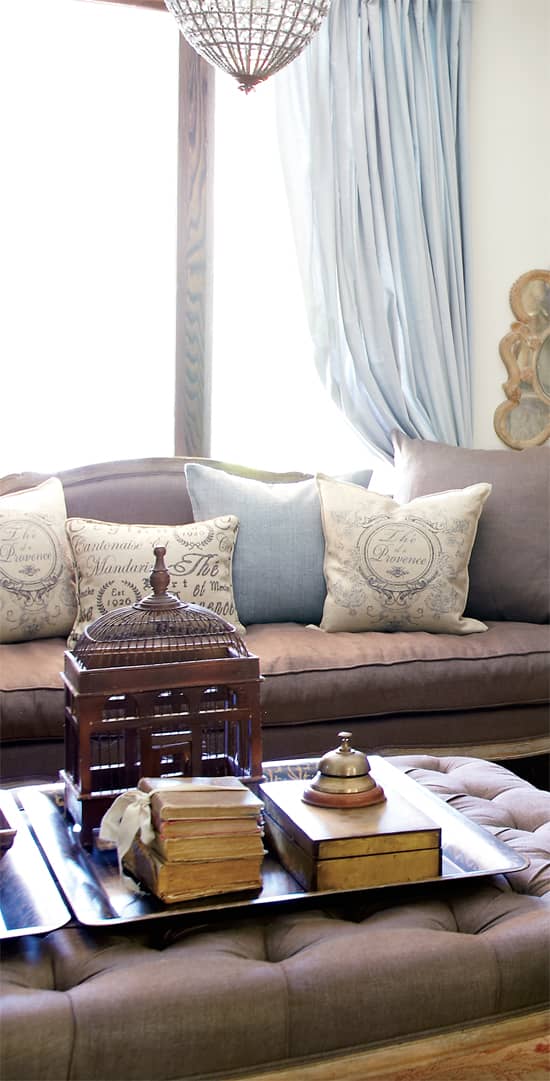 Pretty accessories
The coffee table is adorned with beautiful books placed on large trays, and the couch accessorized with patterned pillows.