Share
Share
Ric and Shirley Riordon are passionate about old architecture and also love Oakville’s small-town vibe. But a heritage home that met their 21st-century needs – big enough for their design studio and its employees and also to potentially share with their elderly parents – was hard to come by, so instead they built one. 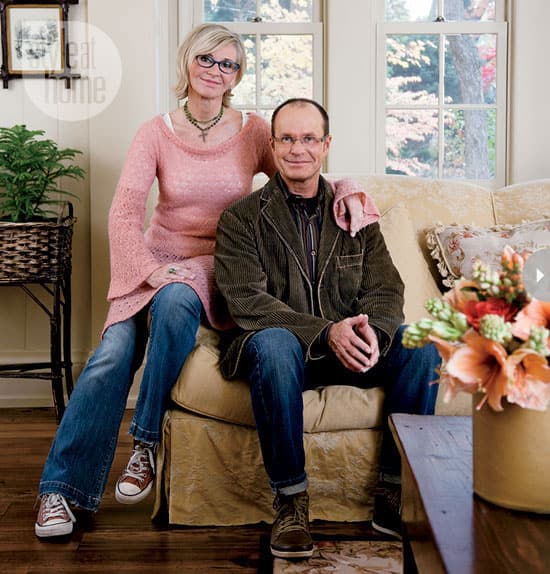 The Riordon's brand new home
Their brand new 4,200-square-foot home has the gracious feel of an early Canadian Georgian building, from the symmetry of its facade to the meticulous interior millwork to the reclaimed wide-plank elm floors. Even its park-like setting adds to the rural, yesteryear character. And, though the Riordon's are quick to credit their top-drawer team of architect, landscape architect and builder with achieving an old-fashioned home that accommodates their modern lifestyle, their own arts and design backgrounds and rigorous devotion to historic details deserve credit, too. 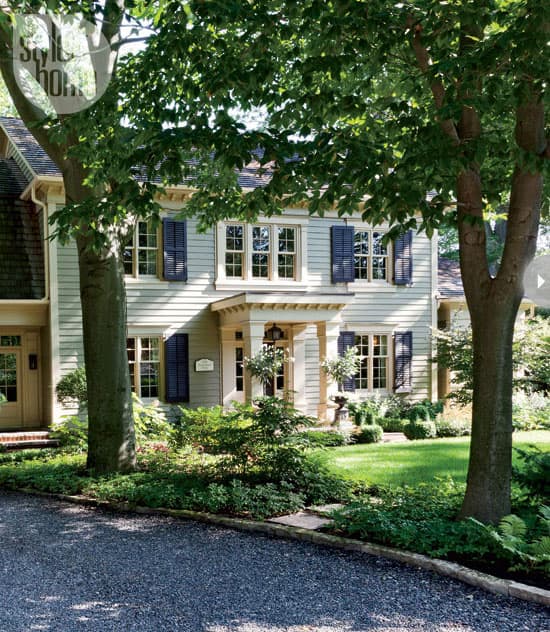 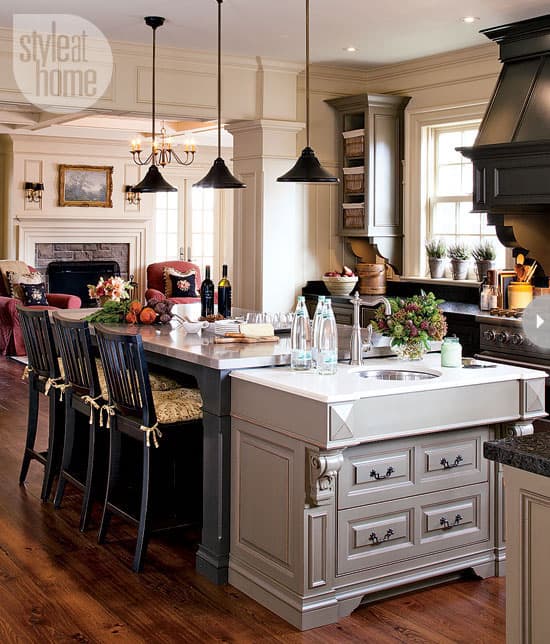 Farmhouse kitchen
Ric and Shirley worked with their cabinetry company to create the look of an unfitted farmhouse kitchen. The large island was in their dream book after living with a small galley kitchen in their previous home. One end of the island is equipped with a prep kitchen sink for modern functionality, but its added-on appearance makes it look like an old-fashioned pastry counter. 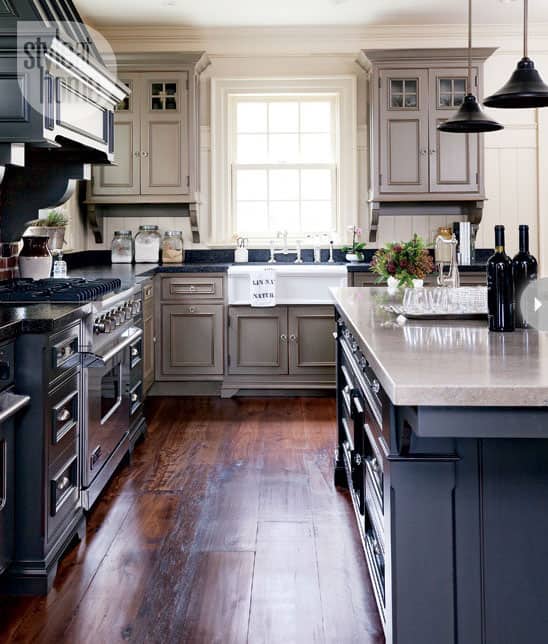 Kitchen cabinetry
The kitchen’s colour scheme contributes to its 19th-century flavour. “We didn’t want to go with black (on the range hood) – we felt it would be too harsh,” says Shirley, explaining that the couple used a deep charcoal shade that makes the feature a focal point but doesn’t overwhelm the green-toned kitchen cabinetry. 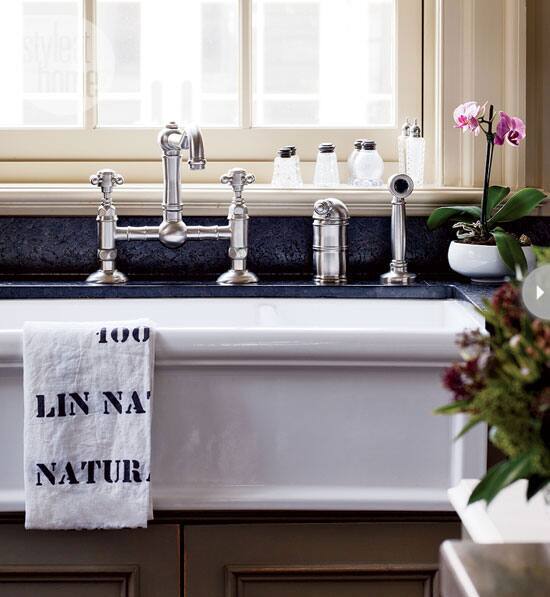 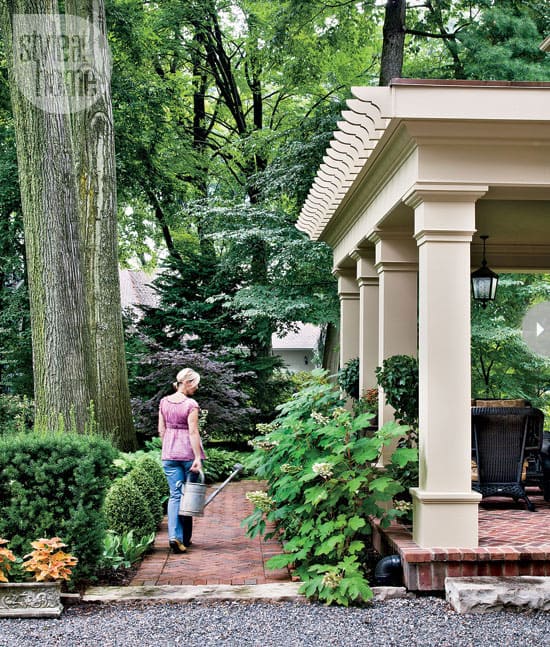 Luscious landscaping
More than 25 of the property’s original mature trees were preserved when the new house was built. 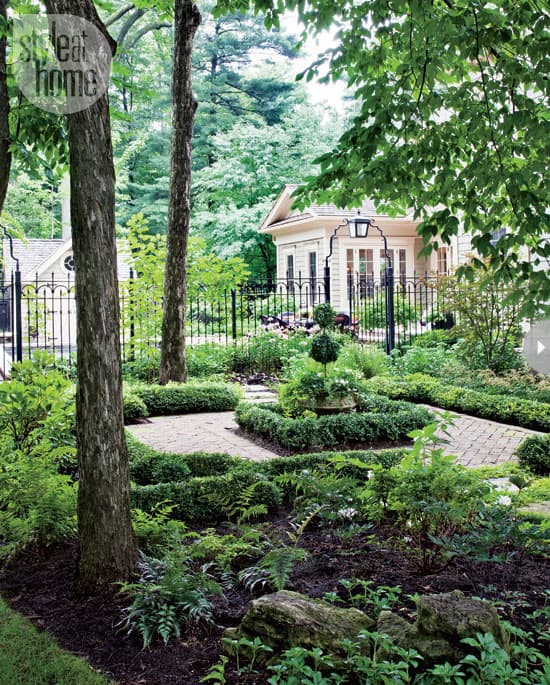 Gardening
Ric is a passionate gardener and active garden blogger (fussygardener.com). “He starts every day in the garden,” says Shirley. 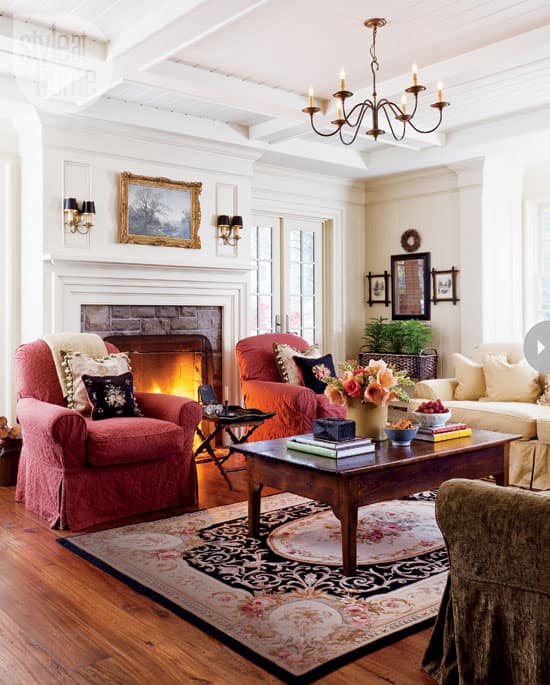 Cozy family room
The family room has the feel of a Maine cottage, with its tongue-and-groove walls and ceiling and chiselled fieldstone fireplace. Slipcovered furnishings in soft yellow, cranberry and sage continue the main-floor colour scheme. 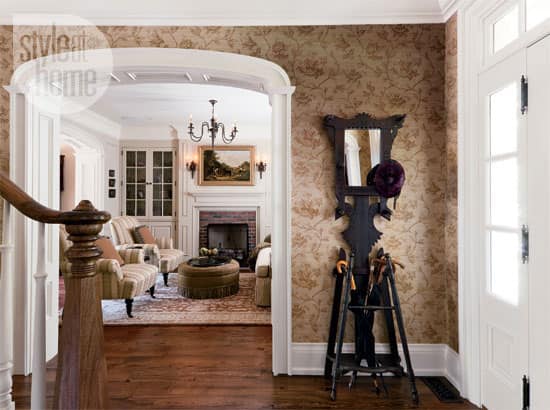 For more beautiful and inspiring design ideas, check out our selection of home interiors.