For two world-class cities that stand out as cultural epicentres, Paris and New York couldn’t be further apart – and we’re not talking about distance. Paris has charm while New York has edge, so when Pierre Frey moved from the City of Lights to the Big Apple, he closed the distance between those two worlds by bringing colour and warmth to a cold, industrial loft in Manhattan’s Nolita neighbourhood.

After leaving Paris and his cosy apartment, with a kitchen that could comfortably seat 10, Pierre found himself in a space with soaring ceilings, exposed brick, concrete floors and a diminutive size – 900 square feet – that made his previous one-bedroom abode seem sprawling. “It was a huge change,” says Pierre. “But I made this place pretty comfy and warm.” 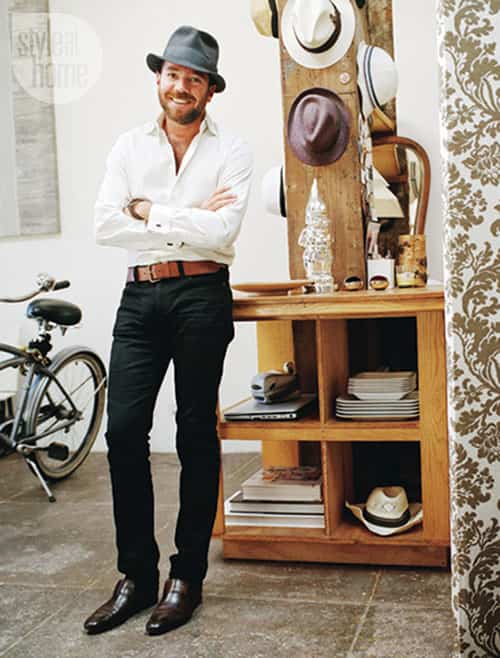 Runs in the family

When the time came to turn the hard-edged loft into a haute home, it didn’t hurt that design runs in Pierre’s blood. The grandson of the Pierre Frey (the name behind one of the largest, most luxurious international fabric houses in the world), Pierre grew up surrounded by style and is now in charge of North American sales and business development for the family company. “This is my life. This is my passion. This is my company, my industry,” he says. And it’s with that kind of confidence that Pierre breaks rules and mixes styles to imbue his home with that certain eclectic je ne sais quoi. 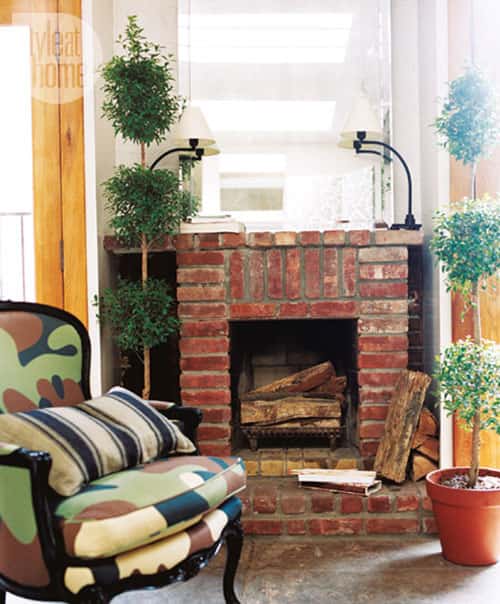 Pierre refinished this classic bergère chair (a flea market find that was “near death”) in an unexpected mix of high-gloss black paint and camouflage fabric by fashion designer Jean-Charles de Castelbajac, who’s known for breaking a few fashion rules himself. 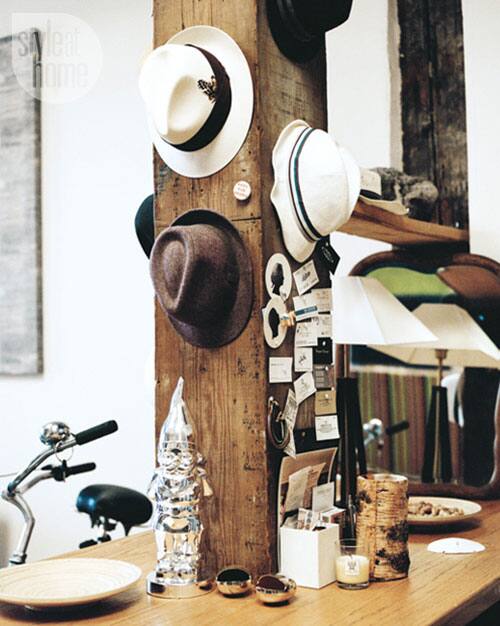 Displaying his hat collection on this rustic exposed beam near the entry happened organically for Pierre. “There already was a hook on it when I moved in, and I just put my hat there one day,” he says. “I thought it looked cool, so I hung my second and third and so on.” 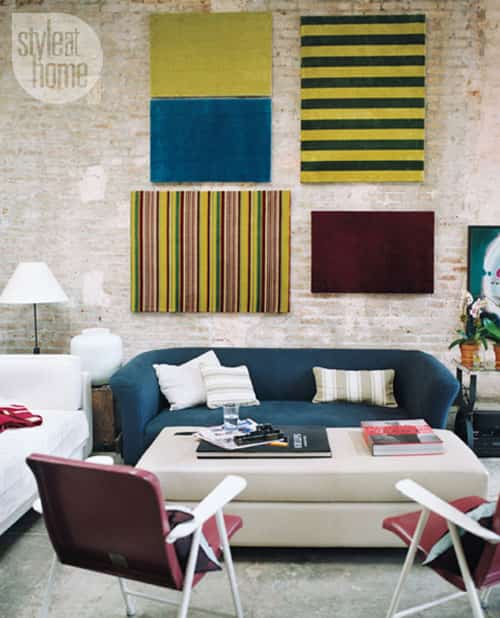 Make your own art

Stretch pieces of fabric in bold-coloured solids and stripes over canvases or wooden frames for a cohesive collection of punchy, geometric art. Pierre used fabric exclusively from his family's eponymous textile company. 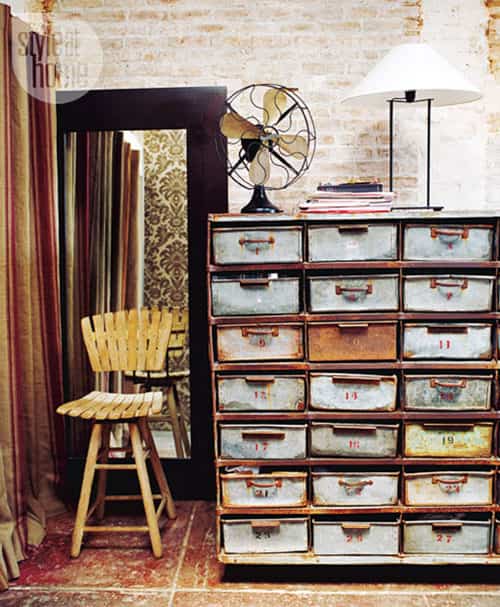 Not everything needs a function

Although Pierre sometimes uses this industrial drawer unit for storage, it ultimately serves as a show-stopping conversation piece. “I will keep it until the day I die,” he says. What's inside? “Electronics cables, kitchen accessories ... half of it is still empty, really!” 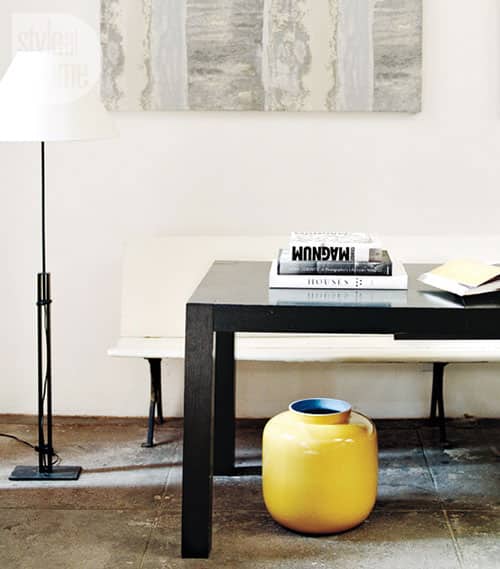 To accommodate his entertaining needs – regularly hosting everything from small client gatherings to large get-togethers with friends – Pierre incorporated an expandable table that can seat up to 12 people.

Although the dining room is mostly neutral, a solitary hit of lemon yellow provides low-commitment colour that can be switched out seasonally.