Share
Share
Call it serendipity: At a party in Toronto, a guest was lamenting how difficult it was to find dining room chairs for her new table. As it turned out, that homeowner was talking to interior design consultant and visual artist Penny Dimos. What luck!

After chatting about their shared love of contemporary art, classic modern furniture and non-fussy interiors, Penny – sight unseen – suggested that the Sala chair by Ligne Roset might be the perfect fit for her new friend’s dining table. And of course it was – the homeowner went out and bought eight.

Having recently moved into a house big enough to fit their young family, the owners subsequently hired Penny to head the design. Located in midtown Toronto, the 2,600-square-foot, four-bedroom brick-and-stone house had an unwieldy scheme: beige walls, moulding ad nauseam, Tuscan-style terracotta floors and an astonishingly badly proportioned fireplace in the centre of the living room. But the house was structurally sound, so the owners left it to Penny to suffuse it with style, making sure the modern elements worked within the ultra-traditional bones of the home. 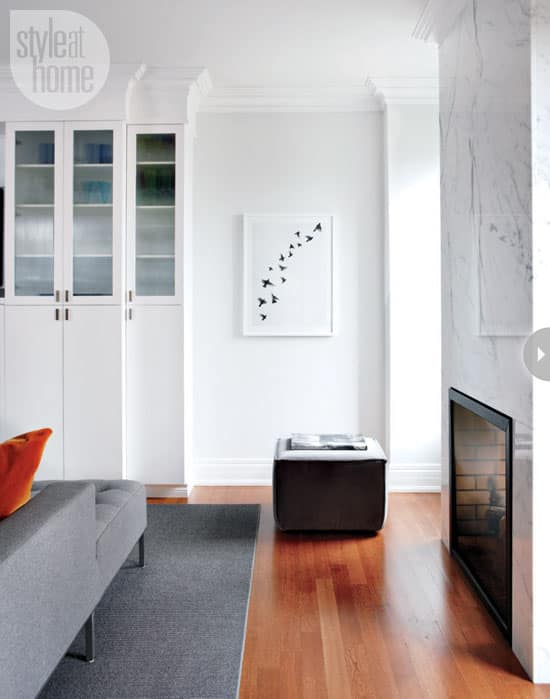 Adding art
A placid view shows Toronto photographer George Whiteside’s image of birds in flight. “I love the piece and how it plays off the veining in the marble and connects to the outdoors beyond the nearby windows,” says Penny. 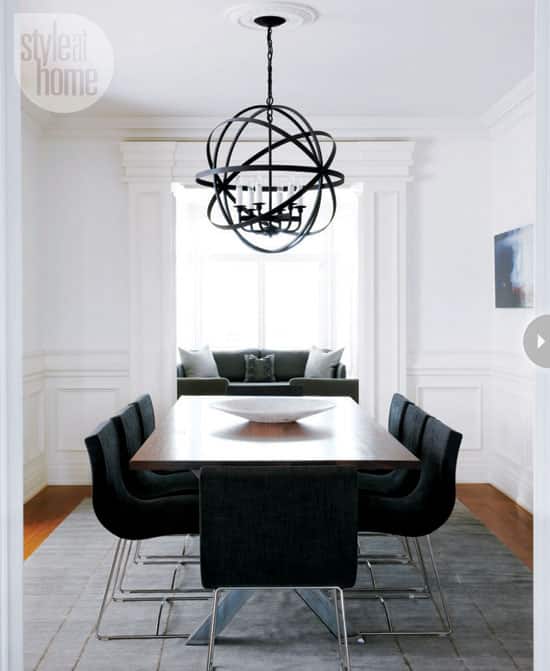 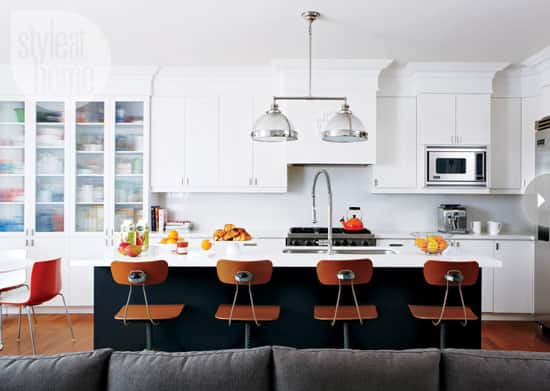 "The comment I hear all the time is that this house looks so traditional from the outside, but open the front door and it’s an unexpected, modern interior."

Knockout kitchen design
Traditional features like the crown moulding marry well with the modern elements of this knockout kitchen. Contemporary bling comes from the slick lacquered cabinetry and Caesarstone kitchen countertops, while the stainless steel gooseneck faucet and island pendant light tie in the hardware and appliances. 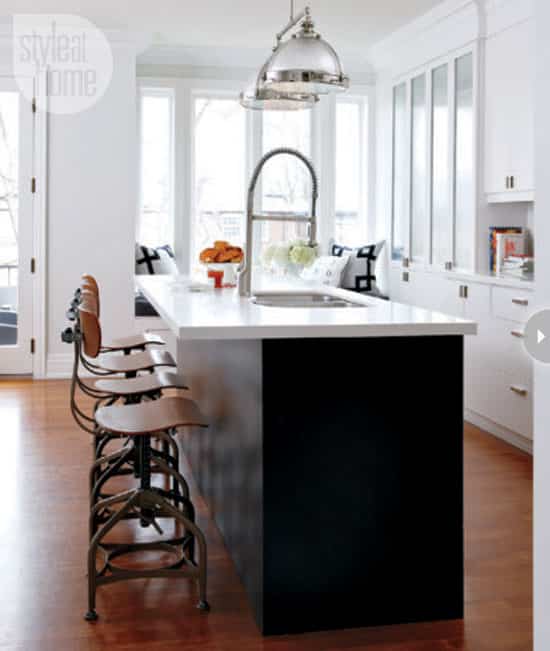 Kitchen island
The kitchen island’s almost-black base is key to giving the space bravado. “The weight of the island pulls the eye away from the traditional crown moulding,” says Penny. Industrial stools, meanwhile, establish edginess – sleek white ones would’ve looked too delicate, predictable and monochromatic. 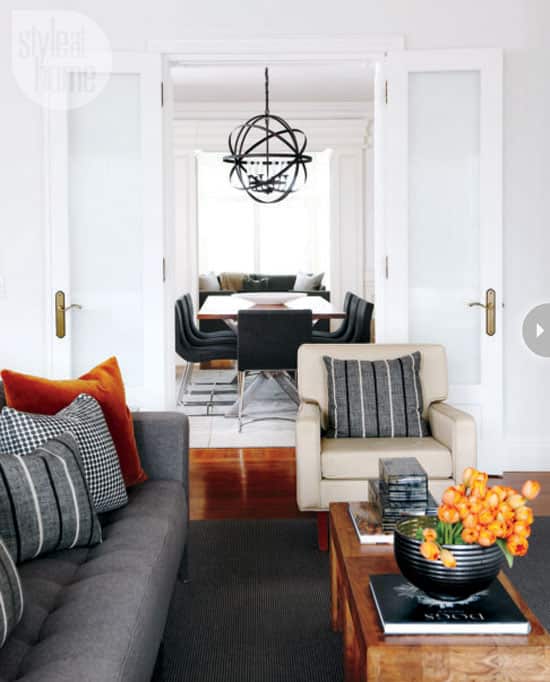 Celestial family room
Bathed in light, the celestial-inspired family room is composed of a low-slung sectional that keeps the sightlines open and lends warmth, as does the rich grey area rug. 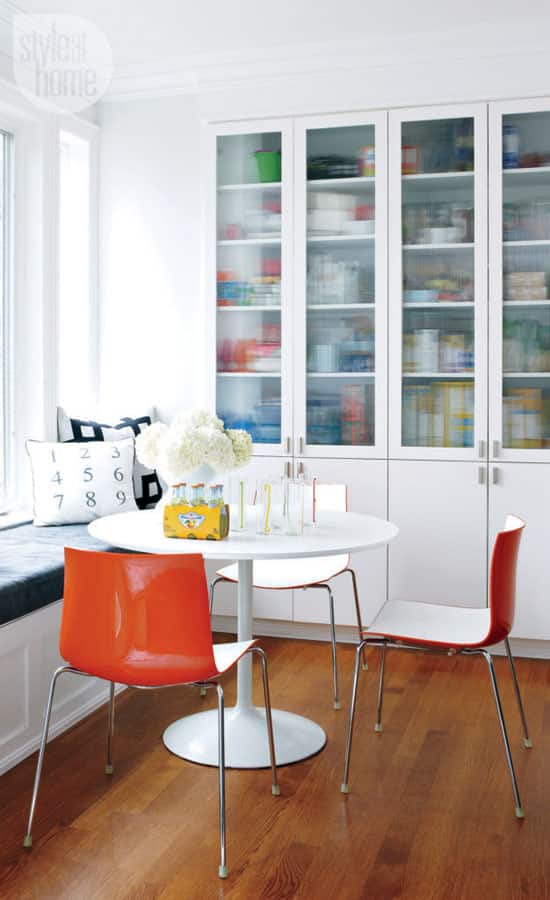 Eating area
While the homeowners cook, the children often do crafts here at the breakfast table or on the window banquette. “Instead of solid pantry doors, I opted for ones with ribbed glass,” says Penny. “I wanted the effect of an art installation, and it worked – the contents read as murky and interesting.” The orange-backed chairs play to the pop art pantry doors.