Share
Share
Decorator Stephanie Lees had dreams of a home influenced by refined English style. She knew she could transform this dilapidated building in  Toronto's leafy Riverdale neighbourhood into a contemporary showpiece, with a playful nod to the famed townhouses of London. 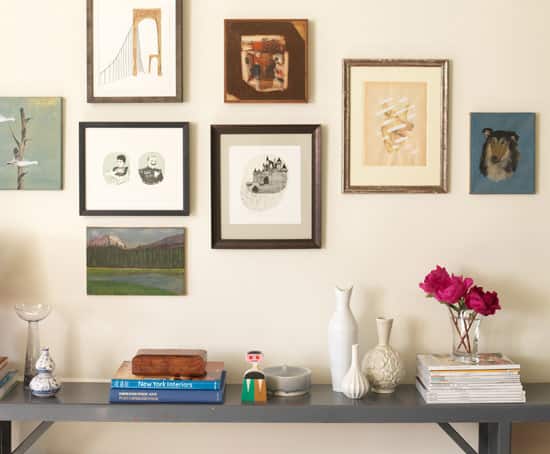 Inspired view In the living room, an art collection captures the imagination. The dog (far right) and landscape paintings are by Stephanie's late father, Peter. The secondhand industrial bench below is topped with a simple collection of Klein Reid, Rosenthal and Jonathan Adler vases. 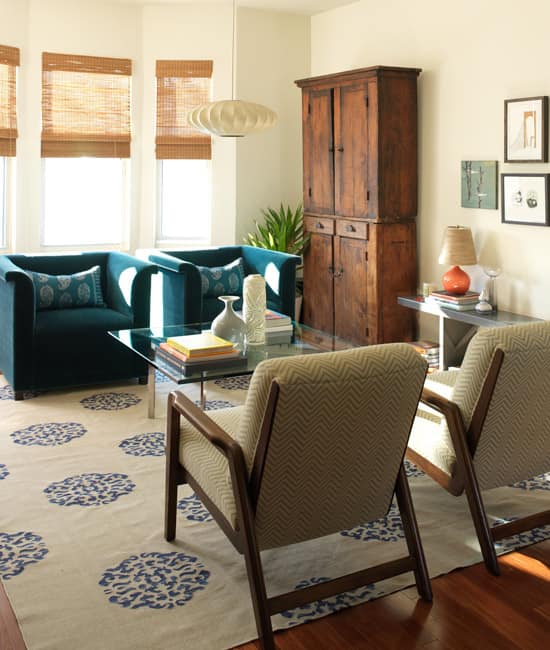 Sitting area "My husband has had the two blue chairs forever. They're upholstered in mohair and came from an office in Montreal during the '80s. I just added pillows," says Stephanie, referring to the hand-blocked Peter Dunham linen cushions. Accented with a Madeline Weinrib cotton dhurrie rug and a Mies van der Rohe coffee table, the living area has a relaxed feel. 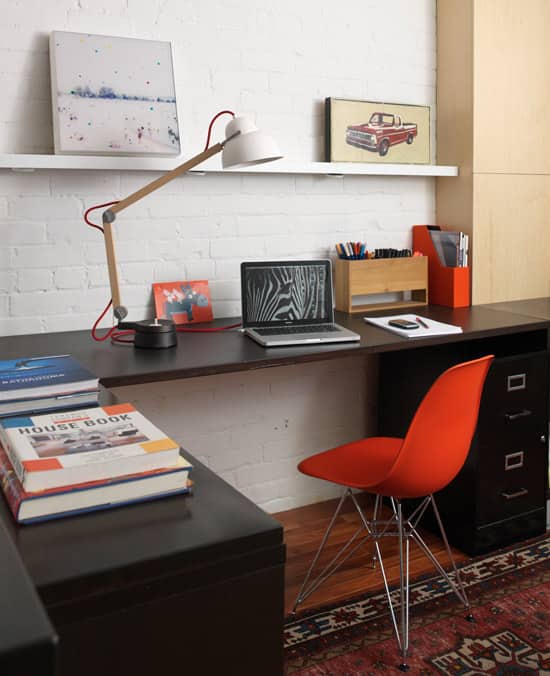 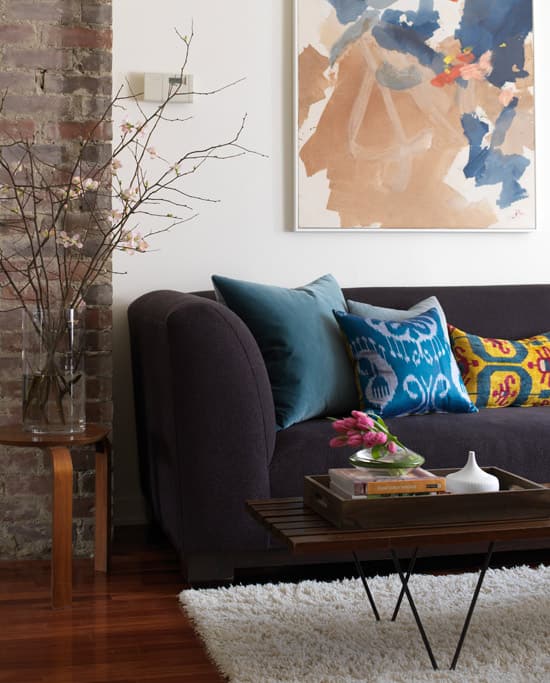 Colour wonder Once brown with loose, chunky cushions, the sofa was reupholstered with a "tight" (no removable cushions) seat and back. Bright patterned pillows imported from Istanbul are from the boutique Snob, which is in the same building as Stephanie's studio. The coffee table is from midcentury modern furniture store Zigzag. 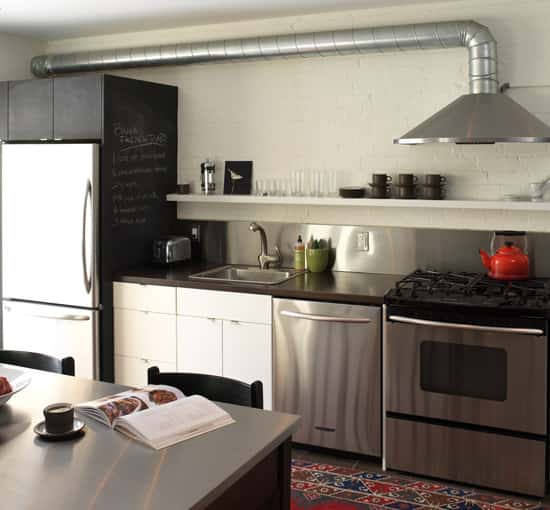 Basement kitchen An IKEA butcher-block countertop was professionally stained and sealed, a job that should be left to the experts if you want it to last, Stephanie advises. The cabinetry is a mix of stock IKEA boxes and custom doors. Salvaged from a nunnery, the table seats eight; its top was wrapped in stainless steel so it could serve as extra prep space. 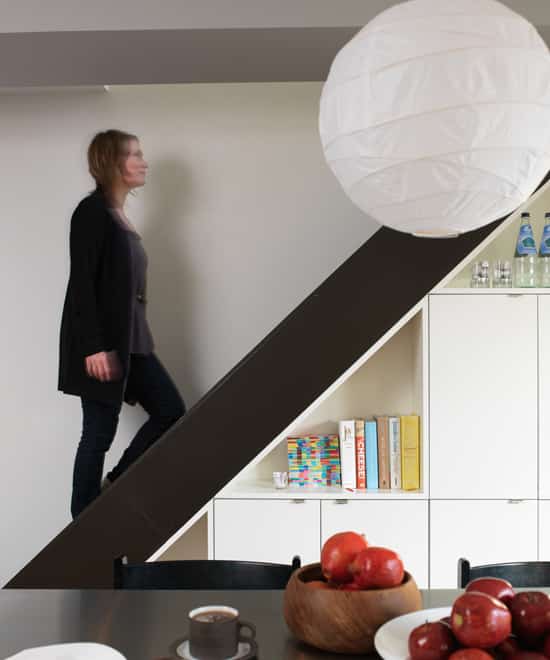 Storage and lighting Stephanie heads to the main floor from her beloved lower-level kitchen. She designed the under-stair cabinetry with clever open nooks for display. The hanging paper lampshade from IKEA - a bargain at just $5 - was meant as only a temporary fix  for a bare bulb, but Stephanie and husband Rob Hepburn liked it so much they kept it in place when they'd finished the reno. 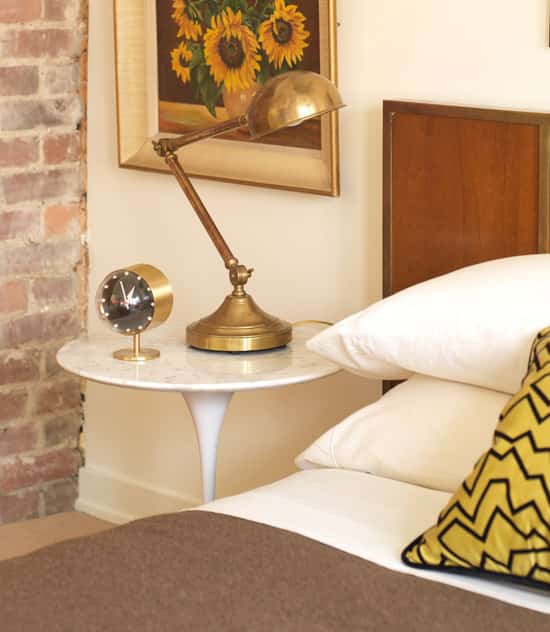 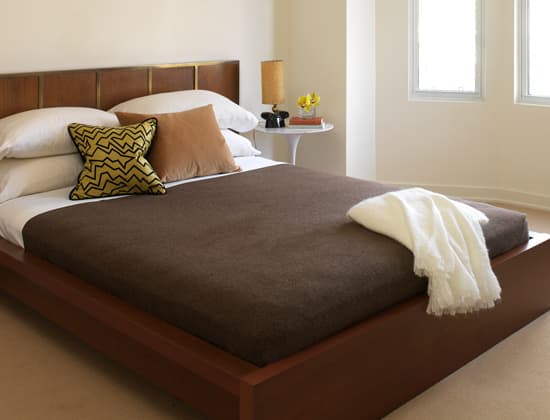 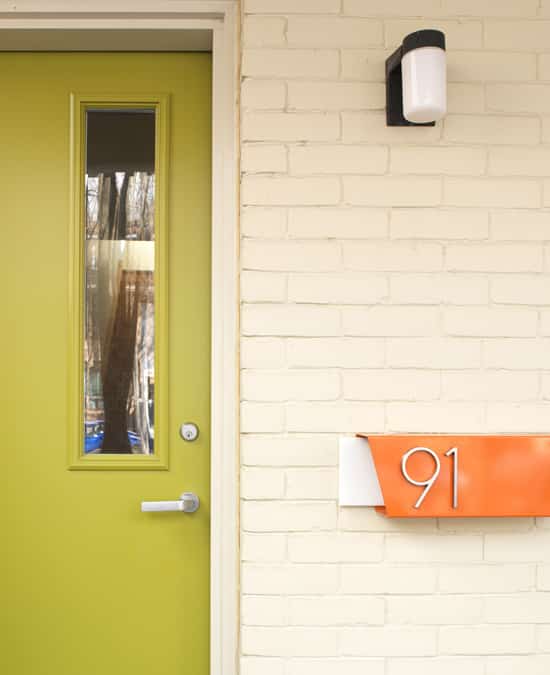