When first walking through this fixer-upper for sale in Vancouver’s east end, this homebuyer's initial reaction was “Forget it!” She was upgrading from an apartment to a house and wanted an older home, but this one had been a rental property for many years – and had been neglected for much of that time. “It needed everything,” recalls the single mother of twin girls. “It was just so overwhelming.” But with much trepidation she purchased the property anyway – thanks to the encouragement of designer Rebecca Lapres of Riesco & Lapres Interior Design.

Rebecca pointed out that the home, while neglected in many ways, was also relatively unscathed by the insensitive renovations often seen in older homes: Heritage details, such as wide mouldings, old windows full of character, original fir floors and high ceilings, still remained. Three full months of major upgrades followed, which included getting the home’s plumbing, heating and electrical systems up to code and installing a new bathroom and kitchen. “When the workers started opening up the walls to replace the wiring and update the plumbing, they kept telling me how well the house was built,” says the homeowner. “It was only then that I relaxed and realized I’d done the right thing." 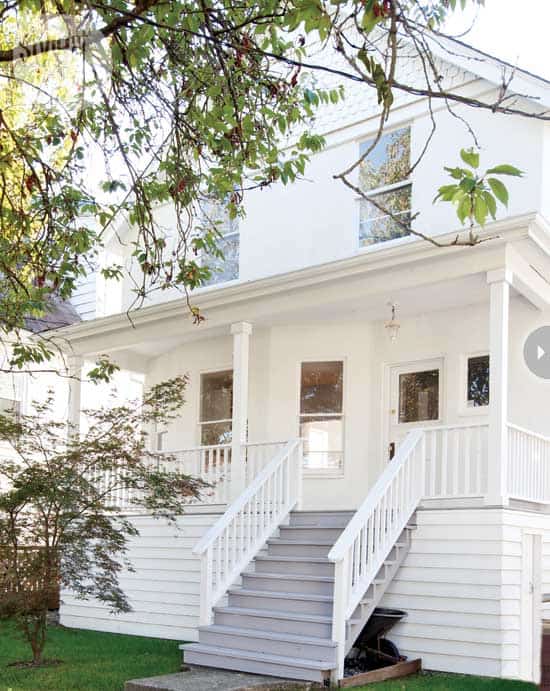 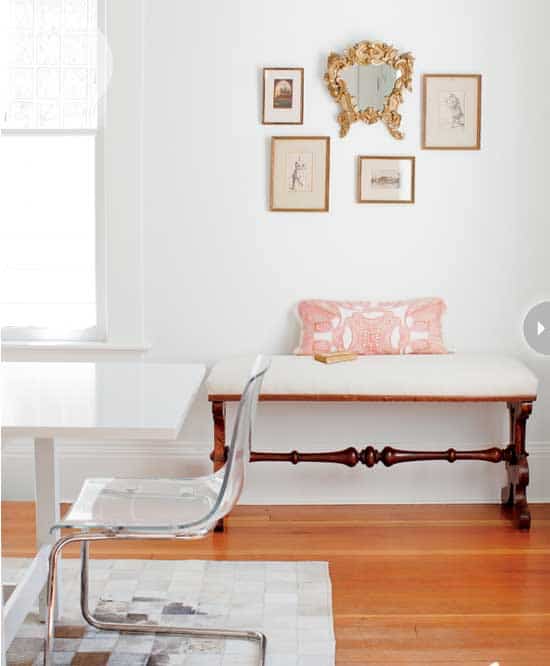 Antique accents
An antique bench that belonged to the homeowner’s parents was recovered in white fabric. “I had to find ways to blend in my parents’ dark, formal antiques with my own light, beachy aesthetic,” she explains. All of the small pictures and the mirror hanging above belonged to her mother, as did the scarf that she used to cover the small toss cushion. 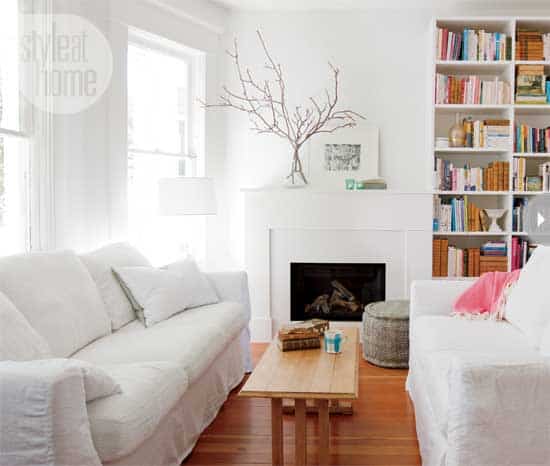 Bright, white living room
The new gas fireplace and bookshelf act as focal points in this bright living room. The homeowner’s old sofas were refreshed with white slipcovers. Many of her parents’ 18th- and 19th-century French books line the shelves. 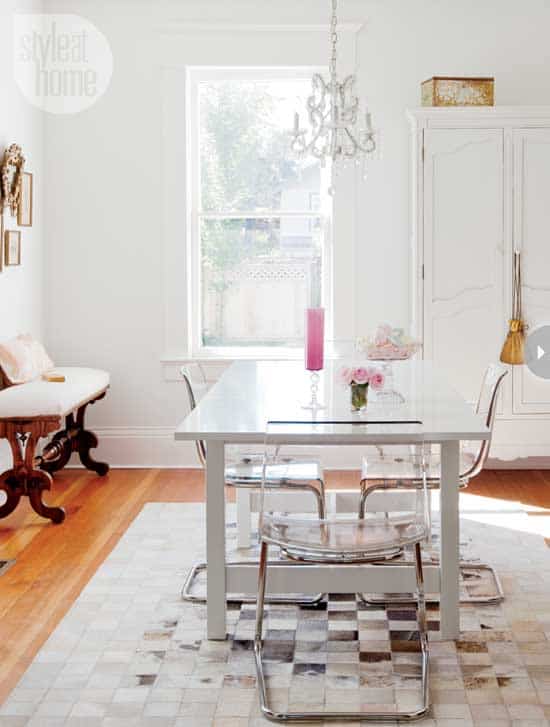 Family-friendly dining
A very simple white table and clear acrylic dining chairs offer family-friendly dining, while a pretty pressed-glass footed bowl serves up some sweet treats. The antique armoire was painted pale grey and acts as a china cabinet, helping to keep clutter out of sight. Windows left uncovered give the home a spare look and let light in. 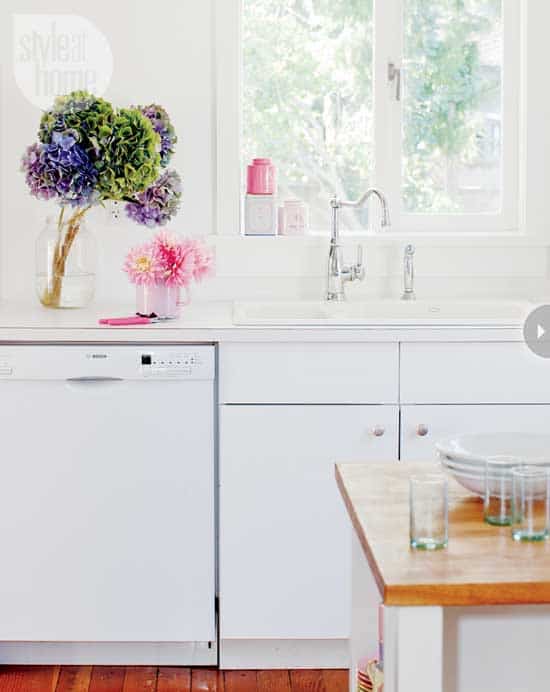 Beautiful white kitchen
The kitchen is made up of just the essentials: Simple white cabinetry, white appliances, white countertops and a few white decor accessories on display make for a serene cooking experience. A tiny window above the sink was replaced with this larger one (salvaged from another home renovation the contractor was doing at the same time) to let more light into the space. 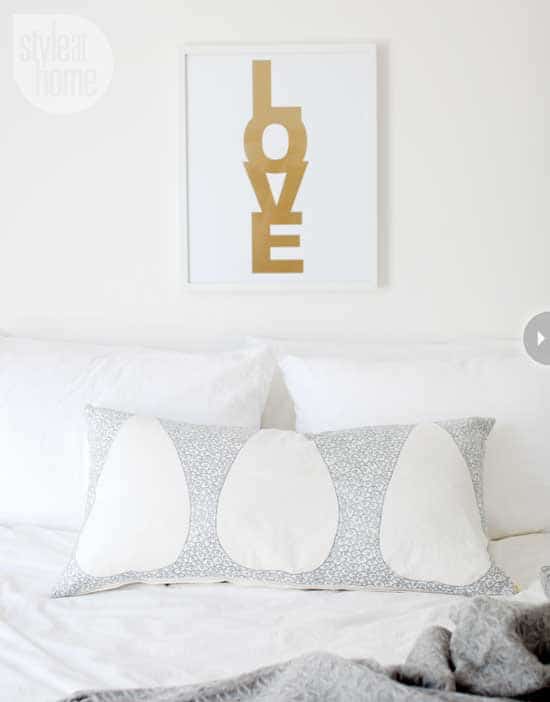 Soothing master bedroom
Decorating with white was the plan for the master bedroom, with hits of soothing grey in the toss cushion and throw blanket. 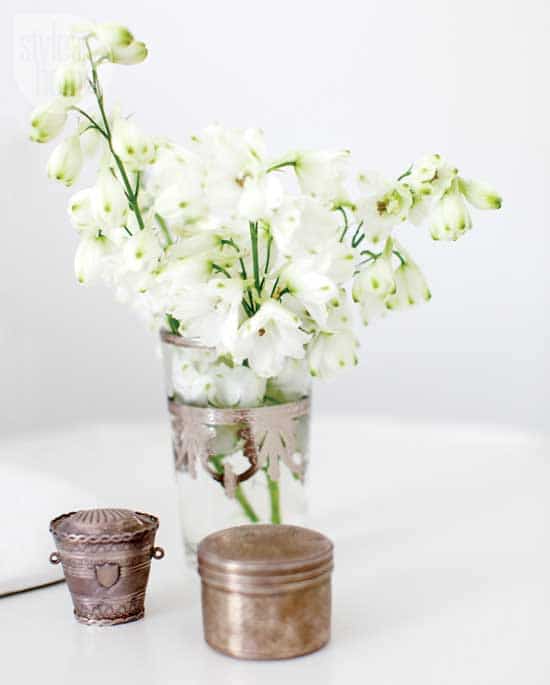