Share
Share
When it comes to building a house, some people might count their pennies – scratch that, nickels – but this young couple went for the gusto: From commissioning furniture by local artisans to made-to-order stair railings, their 3,900-square-foot waterfront dwelling in Vancouver’s prestigious Point Grey neighbourhood is a spendthrift’s dream. But despite the robust budget, there’s nothing garish or nightmarish about the three-storey, five-bedroom house. There are no mother-of-pearl toilet seats or effigies of past pets; rather, “it’s tastefully personalized,” says interior designer Angela Robinson of the project, which took a year to complete with fellow interior designer Tanya Schoenroth. (Tanya took care of the finishes, fixtures and millwork, while Angela selected the furnishings and wallcoverings.)

The thirtysomething homeowners, with two kids under the age of six and another on the way, lived elsewhere during the dust-filled construction process but gave specific instructions to the designers about their desired aesthetic. They requested a classic and sophisticated Restoration Hardware-style look, but Angela and Tanya wanted to add a more lighthearted touch. “They’re so vibrant and youthful, we felt we needed to freshen and personalize the look,” says Angela. The venture, evidently, was worth every nickel. 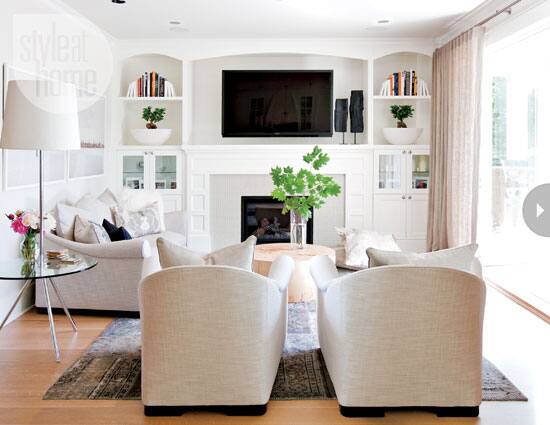 Coastal living
Hand-washed linen drapery cascades down the windows for a breezy, coastal feel. “It adds warmth and grounds the room. The palette is so light and fresh, it needed substance,” says interior designer Angela Robinson. 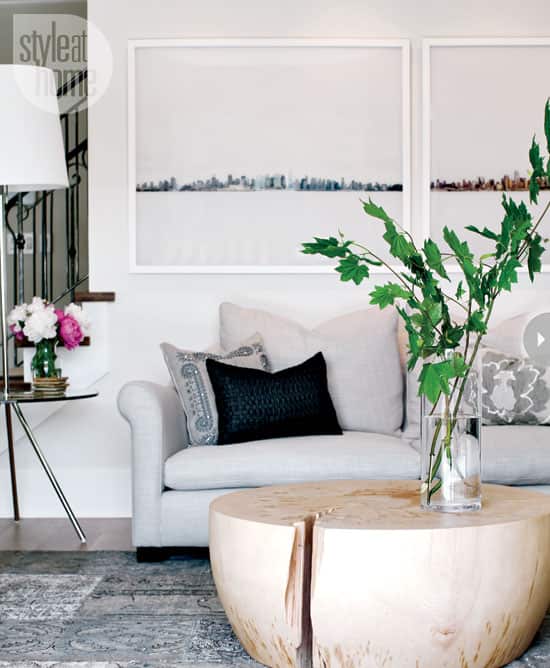 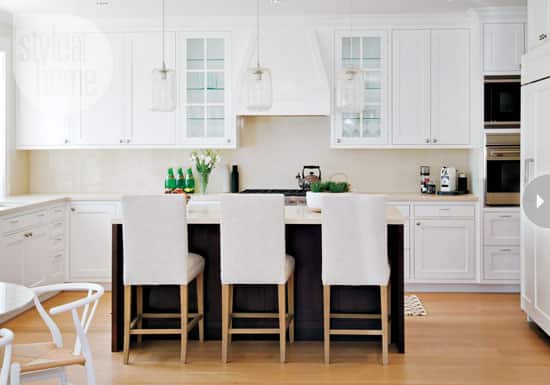 Spacious kitchen design
There’s no lack of storage or counter space in the kitchen. Most of the appliances, including the range hood, are neatly enrobed in the kitchen cabinetry for a pristine built-in look. When lit, the ethereal pendant lights look like vintage blown glass with tiny suspended bubbles. 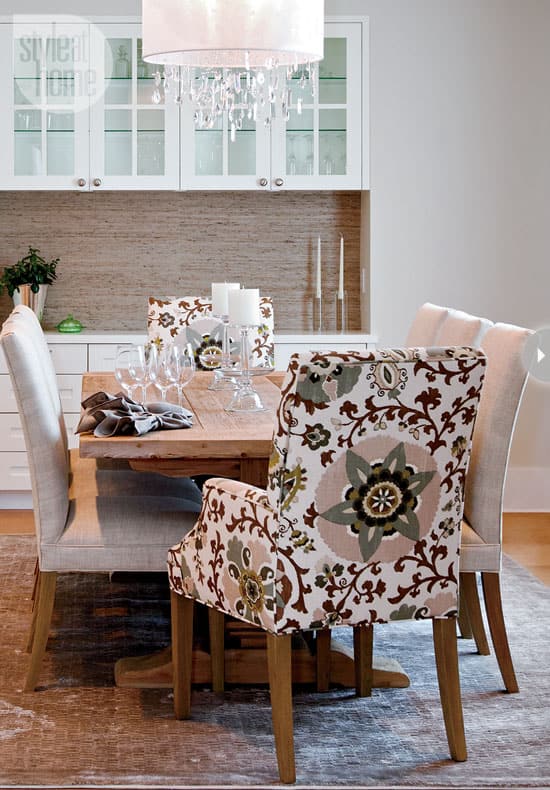 Pattern dining
To switch up a traditional dining room look, Angela added fun fabrics to the captain’s chairs instead of going uniform. 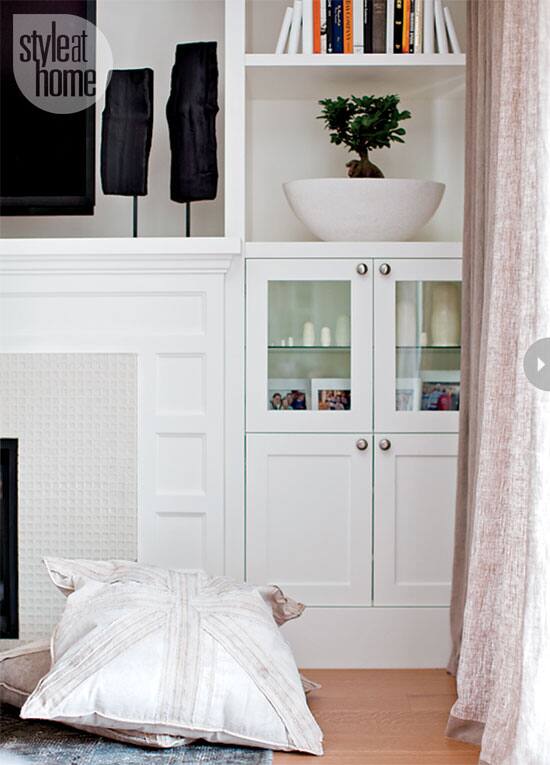 Cozy cushions
Floor cushions provide extra seating when there’s a full house and a cozy spot for the kids to sprawl out. 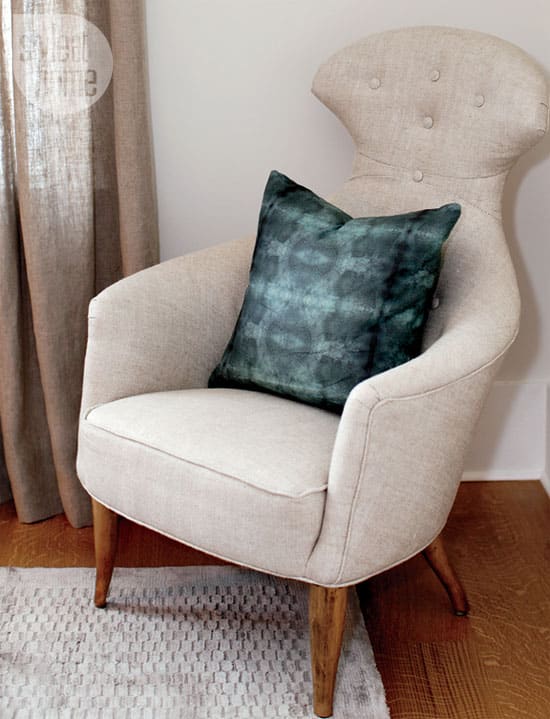 Sculpted seating
Although this tufted armchair sits subtly in the corner in a quiet neutral tone, its sculptural shape demands attention and adds interest.