Share
Share
Anne Sportun, Toronto-based jewellery designer extraordinaire, is surely telling tall tales. She’s gushing over how her family of five spent many years camping in two tiny bunkies on 10 remote acres in Haliburton, Ont. “We were so happy there,” says Anne. “We didn’t have electricity. We cooked and ate outside on a Coleman stove.”

As avid campers and canoe enthusiasts, Anne’s family had concerns about building a cottage. “We wanted to keep the intimacy with the land,” she says. “We still wanted that rustic feeling of being up north.”

Then, in 2008, Anne saw Dan Molenaar’s cottage in a magazine. His approach was exactly what they were looking for: minimal impact on the land, low profile and lots of windows. A carpenter by trade and the owner of Mafco House Architects, Dan has a business on the same street as Anne in downtown Toronto (her store is called Experimetal Jewellery). Anne saw the serendipity as a sign. She contacted him, and sure enough the two instantly got along. 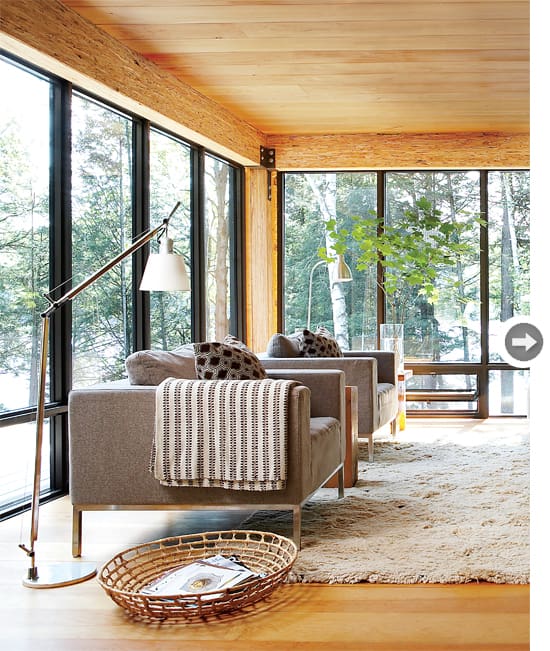 Living room Walls of south-facing windows flood the living room with warm light. The cottage’s unobtrusive design creates the illusion of sitting right in the woods, keeping the family connected with the land. 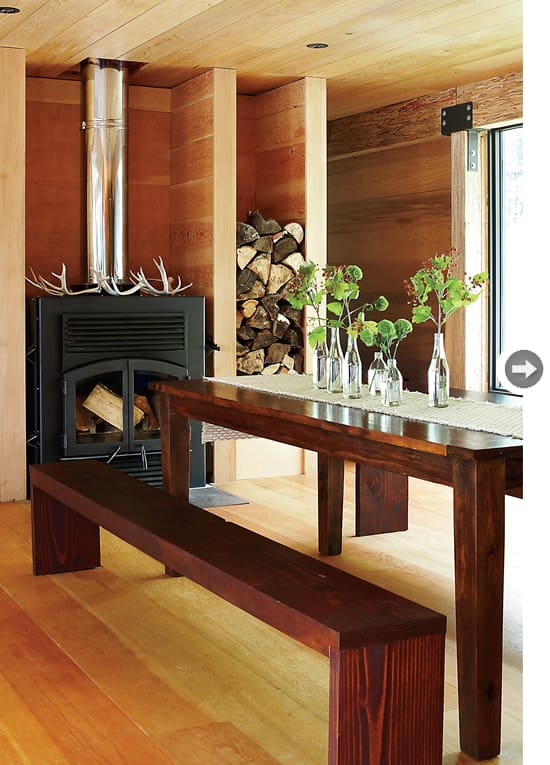 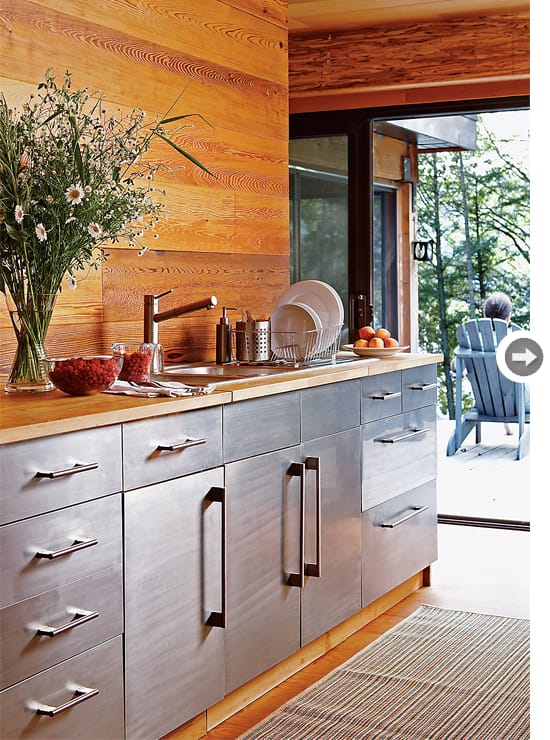 Kitchen Eschewing overhead units in the kitchen keeps the look clean while the cabinetry and hardware is simple and utilitarian. 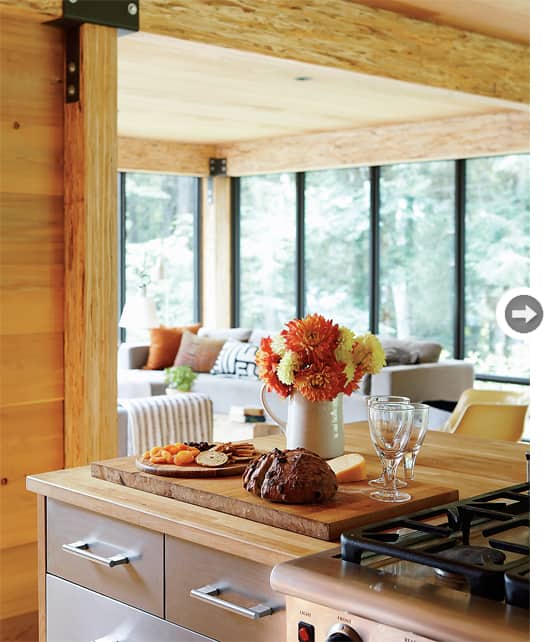 The view Floor-to-ceiling windows allow for a beautiful view wherever you are in the house. 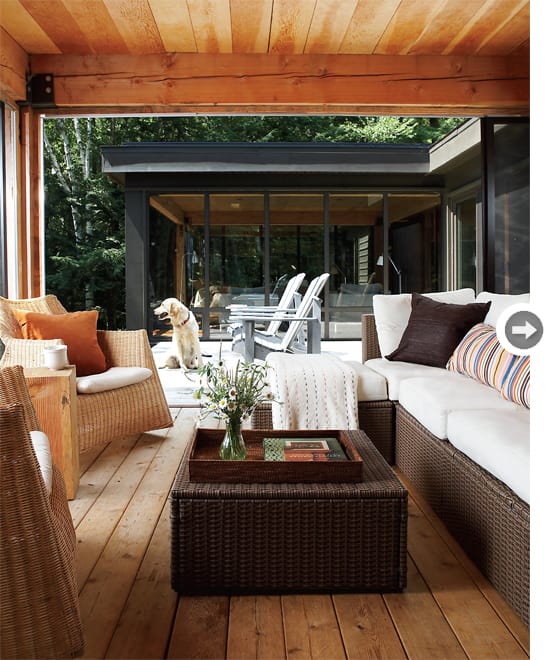 Porch The sliding doors of the enclosed porch can be whisked open for alfresco meals where plenty of comfy seating beckons – the family eats most of their meals outdoors in the summertime. 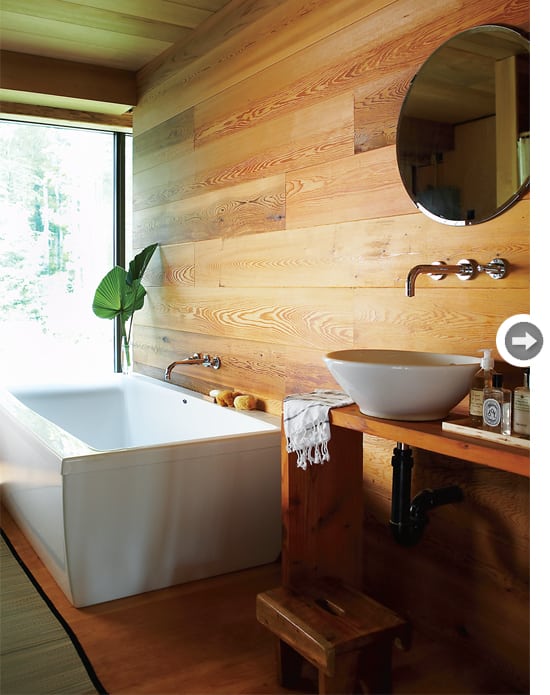 Bathroom A view to the outdoors, simple fixtures and “the best-smelling shower in the world” make for a serene, spa-like bathroom. 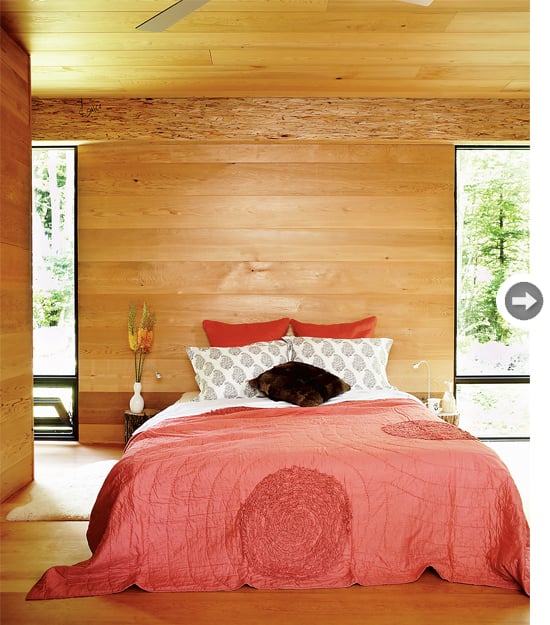 Bedroom Wall art would have distracted from the cedar’s natural beauty, which has a cocooning effect in the main bedroom. 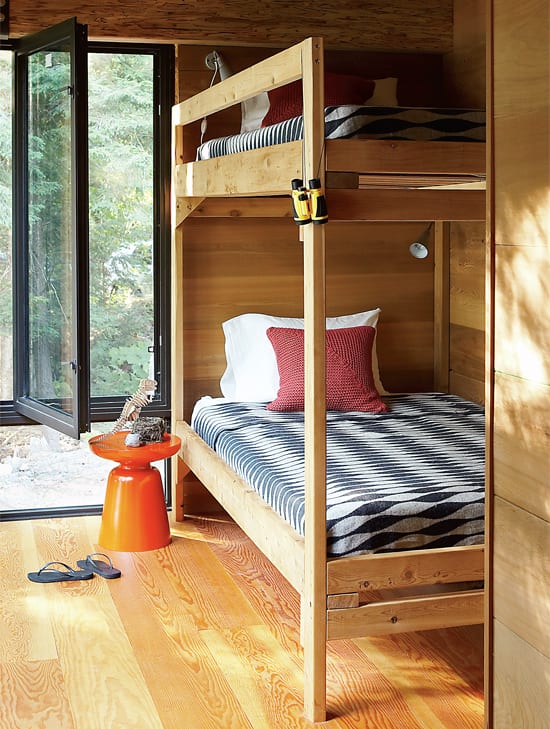 Kids' bedroom Ian built the bunk beds in Sean and Merron’s room, which deliberately has less square footage to replicate the cozy vibe of the family’s old bunkies – something the kids wanted.