Share
Share
Good interior design doesn’t always announce itself with pattern, paint or wow-factor wallpaper. Sometimes, it’s just about the way the eye moves around a room, skimming over a surface, pausing to take in the shimmer of crystal or mirror, then moving outward to the source of natural light. It’s found in the marriage of materials and the combination of finishes – and it’s the way Toronto designer Ingrid Oomen of Qummunicate approaches every project. “You have to focus on how things work together,” she says. “Not every piece can say, ‘look at me.’”

When approached by a couple to rethink the layout of their 3,000-square-foot Edwardian home that had been “sliced and diced” into three apartments, Ingrid focused on space planning before style. After all, these two busy parents with two kids wanted the home to accommodate a growing family (they’ve since had their third child). “I focused on the family’s needs, both now and in the future,” says Ingrid. “For me, form follows function.” She recommended increasing the home’s square footage by removing the back of the house and building an addition that would contain an open kitchen and family room and an additional bedroom and bathroom upstairs, giving the family room to grow. 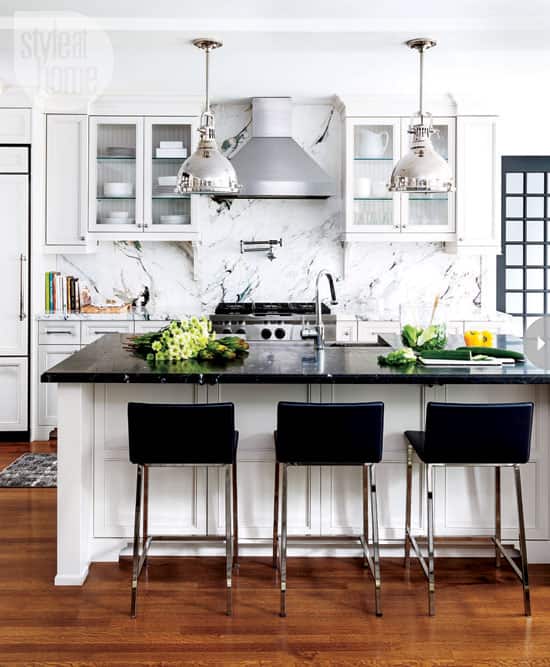 Marble in the kitchen
Designer Ingrid Oomen used corbels underneath the upper cabinets to hide the seams in the marble kitchen backsplash, making it look like one large slab. For contrast, she topped the island with black honed marble. 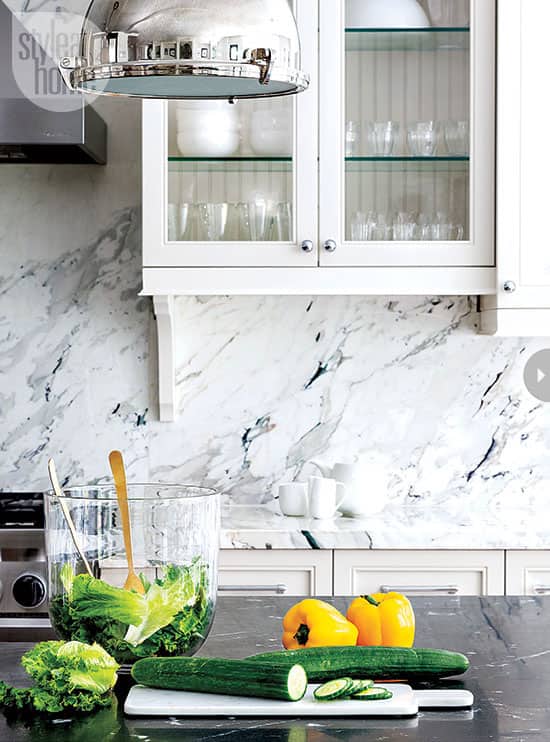 Kitchen backsplash
A close up shot of the kitchen's marble backsplash. 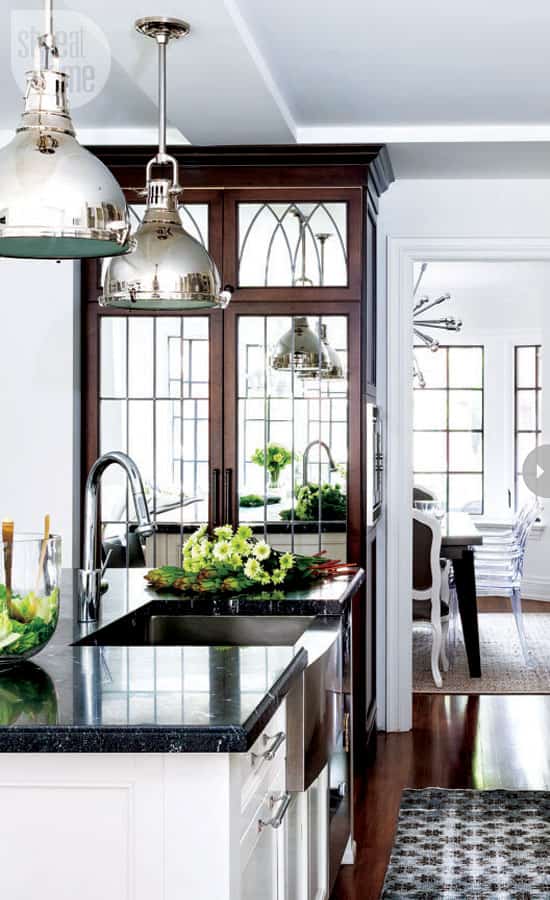 Mirrored pantry doors
A built-in pantry with etched-mirror doors helps frame the view from the kitchen to the dining room. Ingrid designed the piece in a darker wood to add some visual heft and focus to that side of the room. “The mirrored doors are great because they hide stuff inside and also reflect light on the outside,” says Ingrid.

“It’s a young family living in an old house, and the interior reflects that now.”

The kitchen nook
A banquette with storage drawers is the foundation for the kitchen’s cozy eat-in area. A milky Murano glass chandelier doesn’t distract from the view or all of the natural light from the windows. 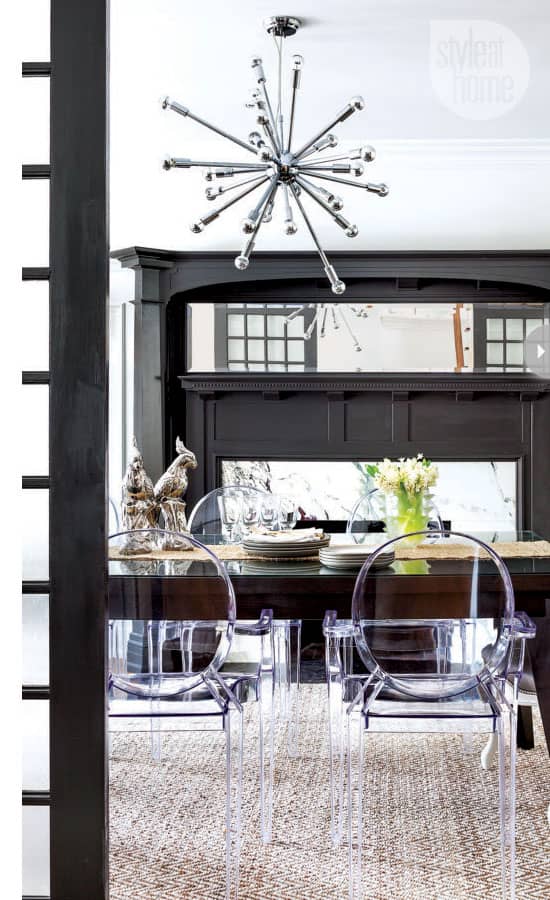 Modernizing the dining room
The mantel was salvaged from a home that was being demolished. Ingrid suggested painting it dark to act as a visual anchor for the airy dining room. Ghost-style chairs and a modern Sputnik chandelier give the space’s traditional bones a current feel. 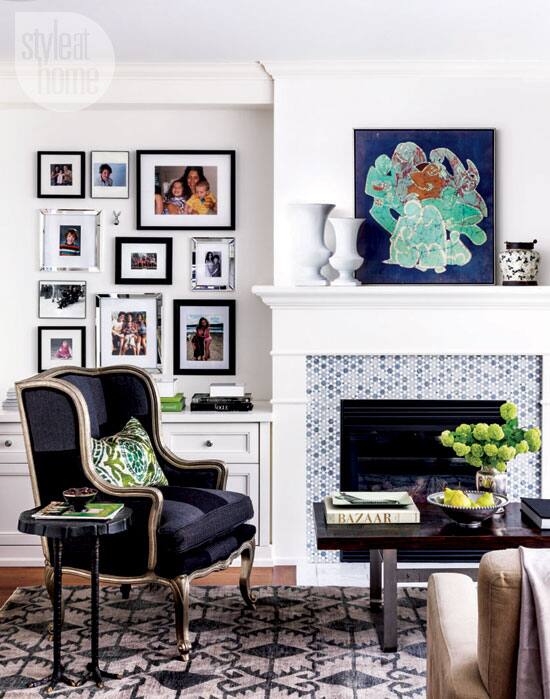 Family room
In the family room, the mosaic fireplace tiles have a slightly Moorish feel, which appealed to the homeowner’s taste. The homeowner chose the frames and the photos for the gallery wall, and Ingrid hung them in an eye-catching vignette.