Why we love it From the sparkling mosaic wall to the beautiful oversized round mirror and modern candelabra sconce, what's not to love? Designed by Sarah Richardson, the doyenne of easy home decorating, this bathroom is clean, crisp and oozes girly glam. 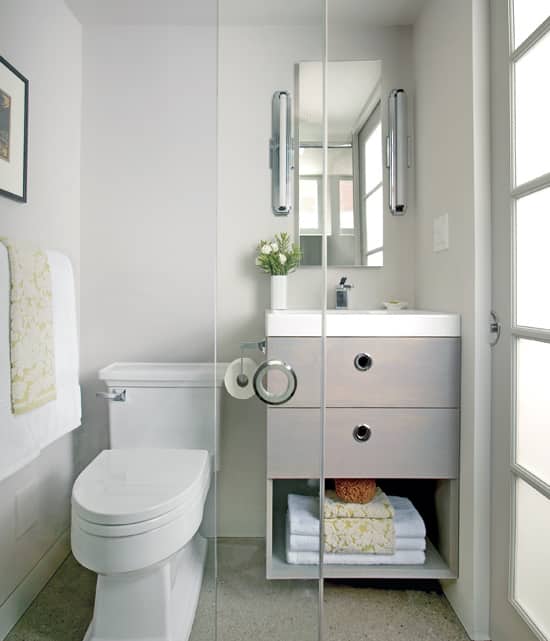 Why we love it This bathroom is a result of a successful renovation in the basement of Style at Home art director Susan Rogers' home. With not much space to work with, the design of the room stylishly fits all the amenities without giving it a cramped look. Sliding pocket doors save on space and also tie in to the sleek design of the bathroom. 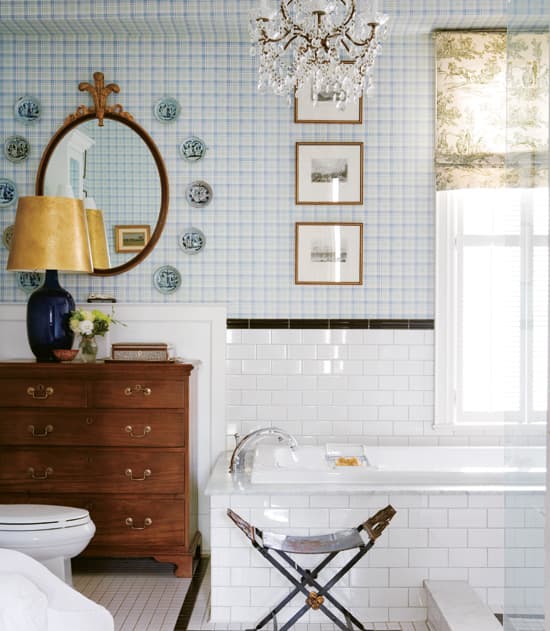 Why we love it This bathroom not only exudes the look of an old English country home, but also has the appearance of vintage hotel bathrooms. Retro subway tile surrounding the tub and lower wall contrasts nicely with the traditional plaid wallcoverings to create a classic design. Plus, check out that chandelier -- need we say more? 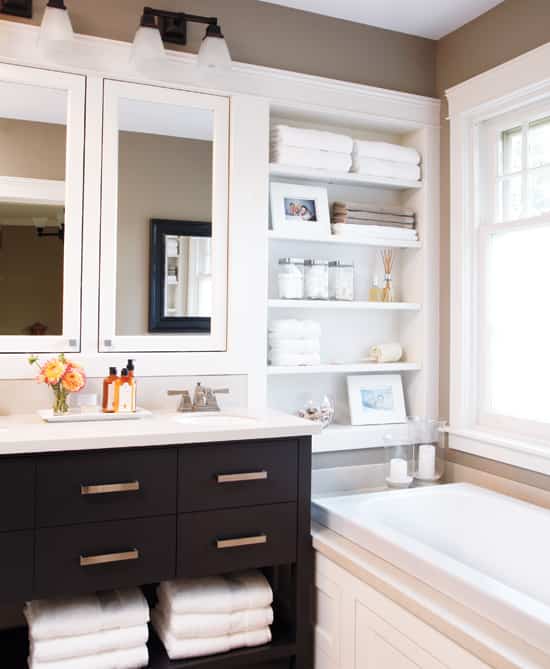 Why we love it This bathroom in a P.E.I. century home was part of a huge renovation -- an old servant's staircase was blown out to increase the square footage of the room. Now the bathroom is an organizer's dream, with storage below the sink, behind the vanity mirror and in the recessed shelving beside the tub. 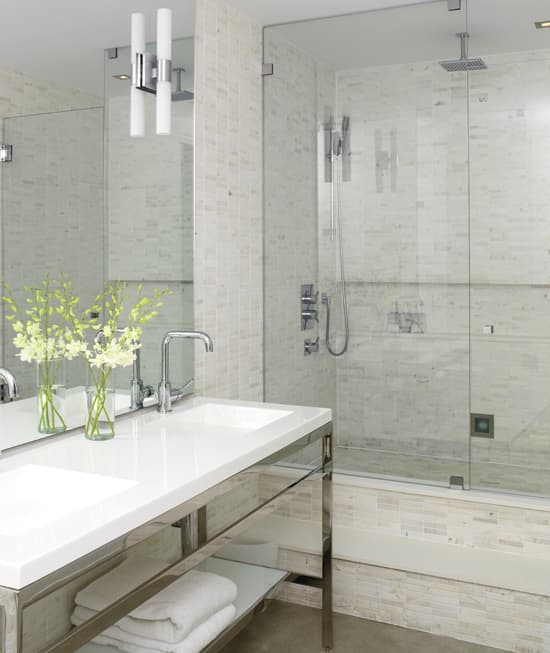 Why we love it As part of an artsy, industruial loft, the design of this master ensuite ties in perfectly with the look and feel of the other rooms. A glass shower and open vanity give the bathroom a light, airy feel, perfect for an open-concept space like a loft.