Though its lavish oak herringbone flooring, romantic clawfoot tub and champagne-gold fixtures suggest a Parisian boutique hotel, this light and bright 80-square-foot space is actually a busy family bathroom in Burlington, Ont. In fact, it’s the only one in the home designer Staci Edwards of Switch Studio shares with her partner, Chris Jackson, and their nine-month-old son, Spencer.

“You can create a room that’s pretty and practical,” says the designer, who didn’t compromise an ounce of functionality in her pursuit of a beautiful bathroom during a reno of her entire home in 2016. The chic bathtub, for instance, had to accommodate relaxing salt soaks and baby splash time, so though it looks like a vintage cast iron piece, it’s made of low-maintenance acrylic. And the pretty pale pink stool – a custom touch courtesy of Staci’s upholstery shop (also called Switch Studio) – is covered with water-resistant fabric.

Storage was a must, of course, and Staci found ways to make it look great, too. The generous tailor-made vanity is a case in point, boasting decorative details like curvy cabriole legs. The beautifully styled floating shelves (big-box buys Chris customized to fit) are not just for show: Those wicker baskets, a prop stylists’ go-to, are filled to the brim with necessities, from toiletries to Spencer’s bath toys. “And I’ve been asked if we use those folded white towels,” says Staci. “My answer is, ‘of course!’” Ditto for the hammam-style towels hung on the wall hooks below them.

This hard-working bathroom may not come with room service or a view of the Eiffel Tower, but it caters to this family’s many needs, including acting as a quiet end-of-the-day retreat for Staci. And that’s très magnifique. 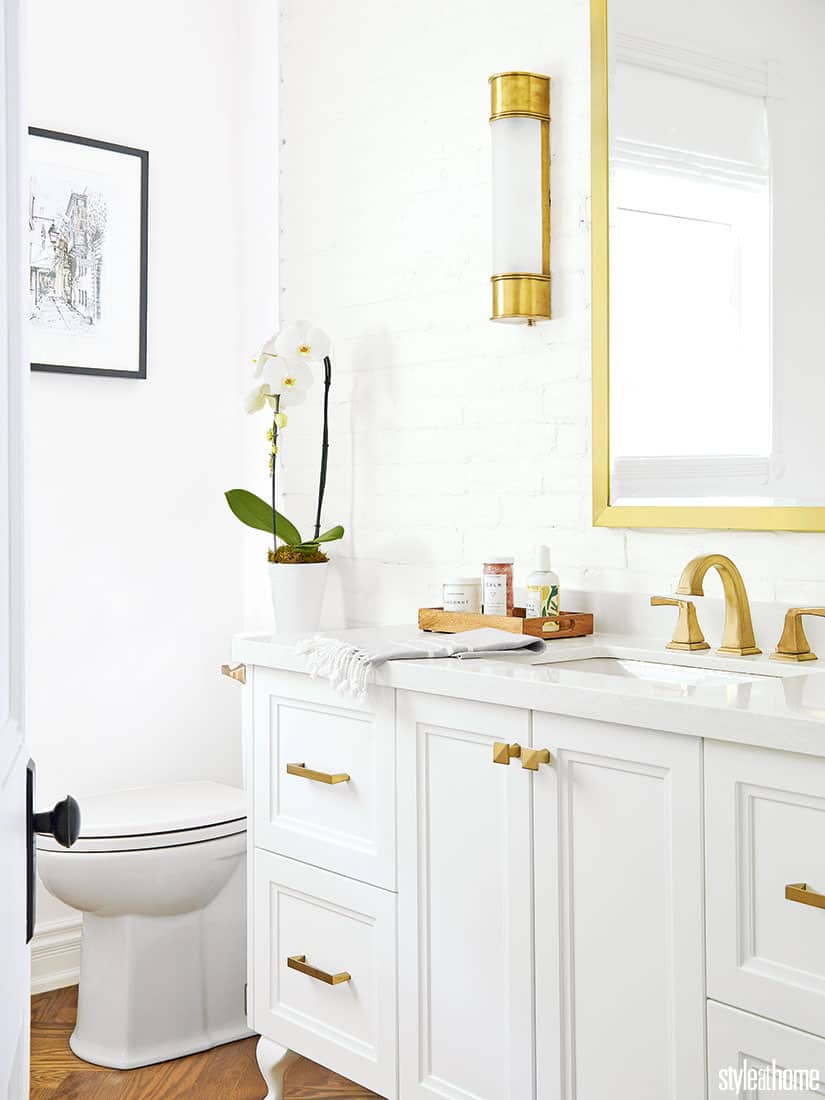 With double-recessed Shaker-style doors, champagne-gold hardware and cabriole legs, the custom vanity is flirty yet functional. The room got its pretty pale palette from the watercolour painting hung on the far wall, a souvenir from Crete. The sconces’ Art Deco feel, echoed in the silhouette of the toilet, contributes to the old-meets-new aesthetic. 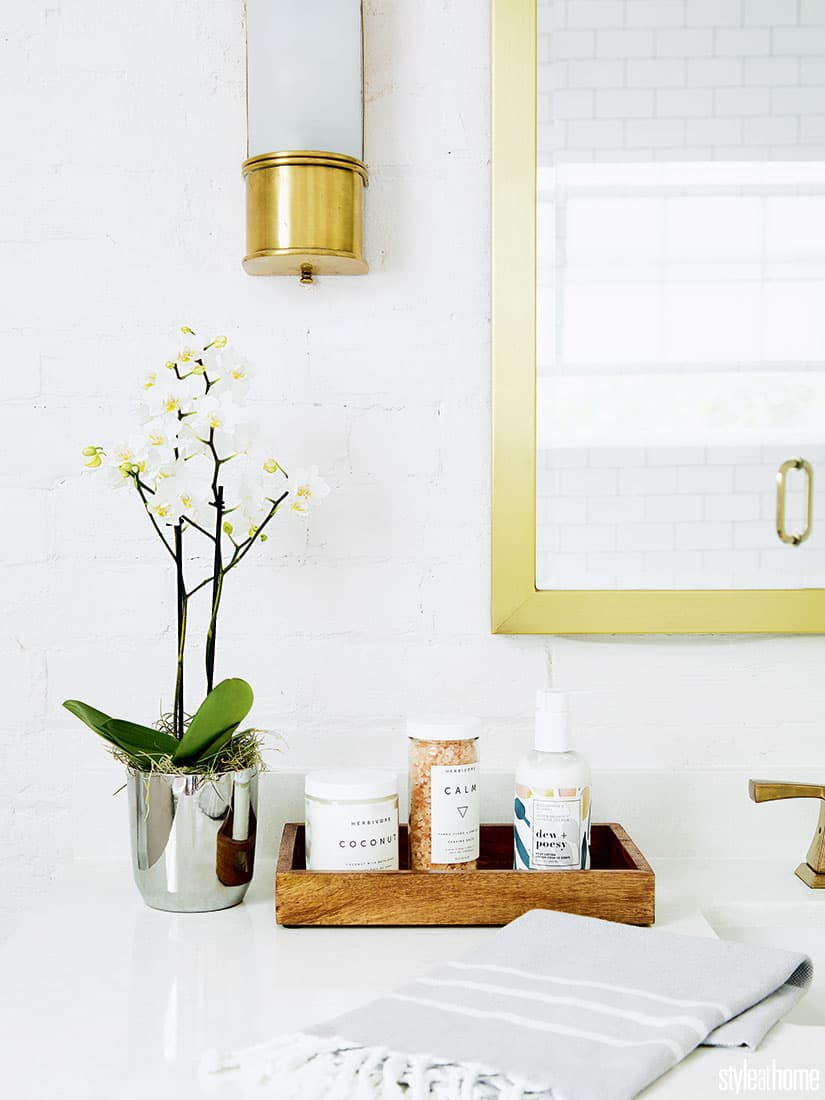 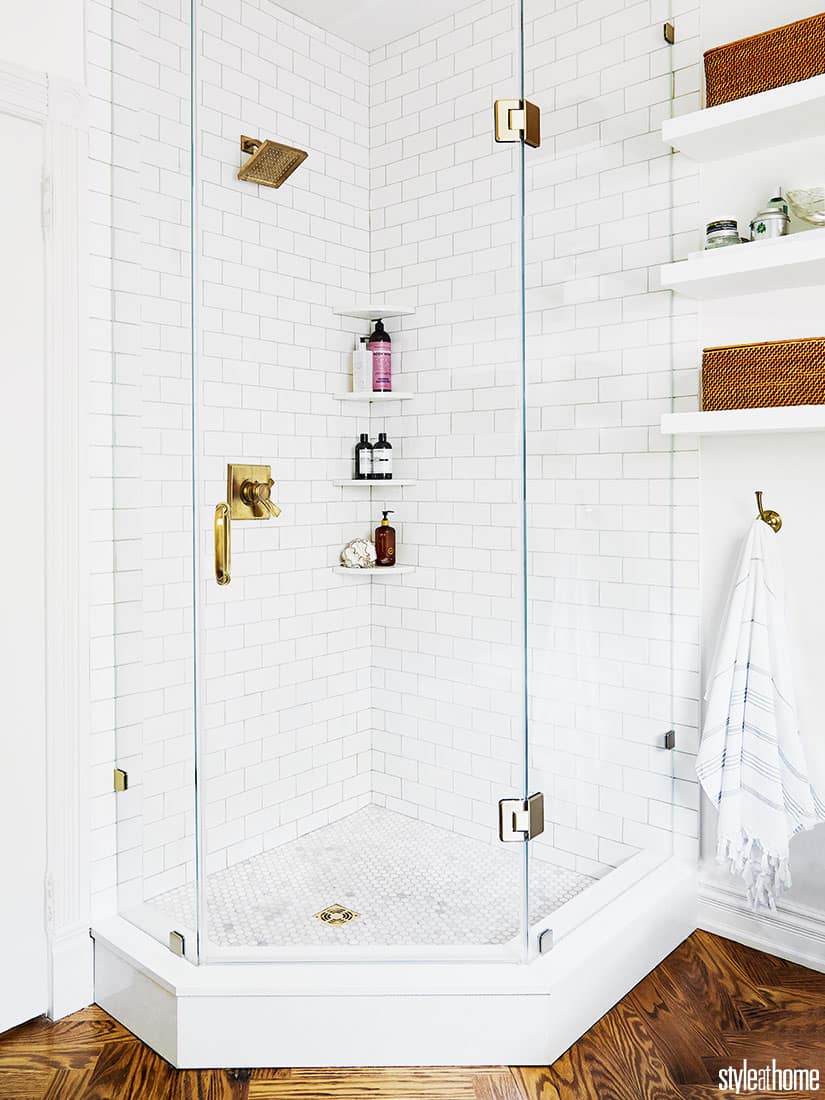 The sleek glass-enclosed shower tempers the traditional elements in the room. “We needed more shelving space than one of those little wall cubbies would have given us,” says Staci. A set of four quartz corner shelves is her take on a metal storage column. 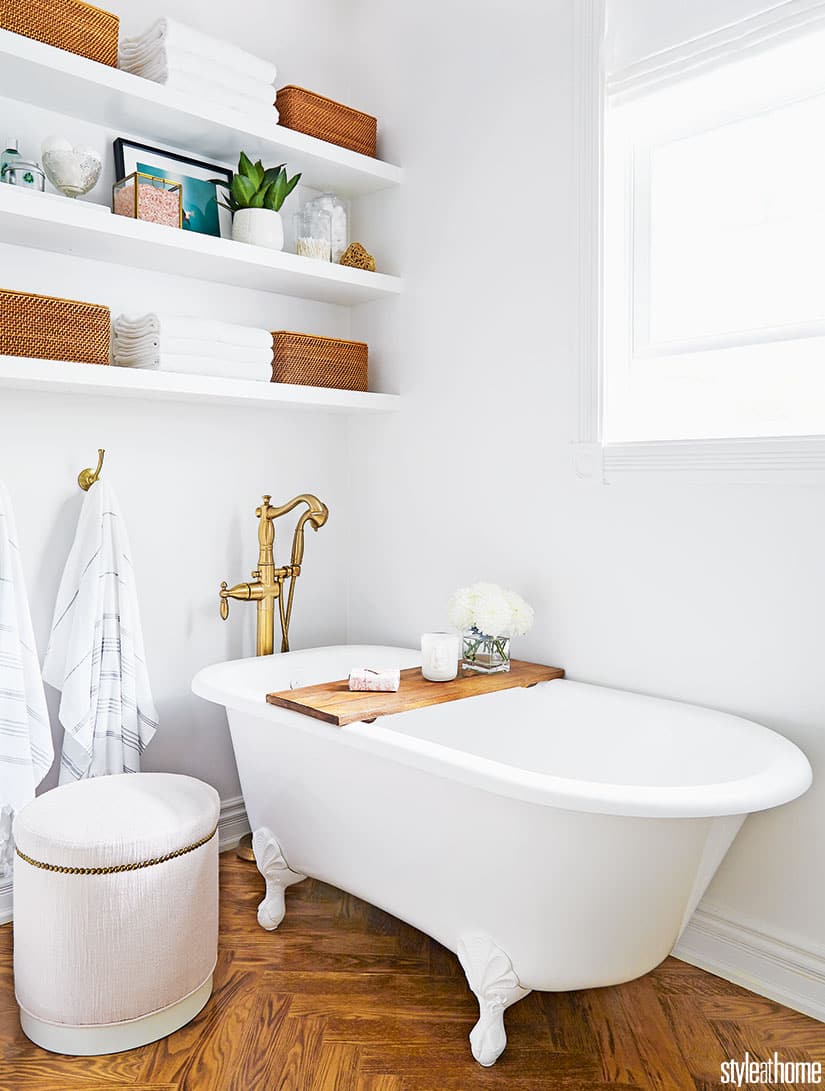 To honour the home’s 1895 roots, Staci wanted a clawfoot tub. “I looked into sourcing a vintage bathtub and having it refinished,” says the designer, “but aside from the fact that it’s costly, I didn’t like the idea of using someone else’s tub.” The new acrylic look-alike offers the best of both worlds.