Mirrors are an essential part of any bathroom design, if they’re on the wall, that is. “The original ensuite had a mirrored ceiling above the tub,” says designer Jodie Rosen. “It would have been distracting, to say the least, to have a bath underneath it!” Other deficiencies included a great divide in the 125-square-foot space, which featured two separate areas: one with a tub, toilet and sink, and the other with a shower and sink. By reconfiguring the bathroom, Jodie was able to make it more functional and give it a sophisticated countenance that reflects its owners’ style, rather than an aerial of the bathtub.

The custom vanity is wrapped on all sides with black marble. “It’s in the middle of the room and visible from both sides, so I wanted something extra special here,” says designer Jodie Rosen. The gold-trimmed black-and-white colour palette was repeated from the condo’s principal rooms, both for continuity and for a bit of glam. Gold pulls add depth to the black vanity, an effect that’s repeated in the gold-framed, custom-made mirror. “It spans the entire vanity to give the illusion of a larger space,” says Jodie. “Overlaying the sconces on it allowed my team and I to max out the mirror size.”

“My team and I came up with the concept of ‘layering’ the tub and shower in one area to avoid tiny separate spots for each,” says Jodie. An elevated platform hides the new drain that was required to accommodate the tub placement. Rather than disguise it, Jodie played it up with a backdrop of black marble that enlivens an otherwise all-white shower. Curbless glass panels make this area feel like a spa treatment room and keep the water well contained. Another lively effect: the floor tiles, which are the same as the ones on the walls, are placed at a 45-degree angle for subtle interest. 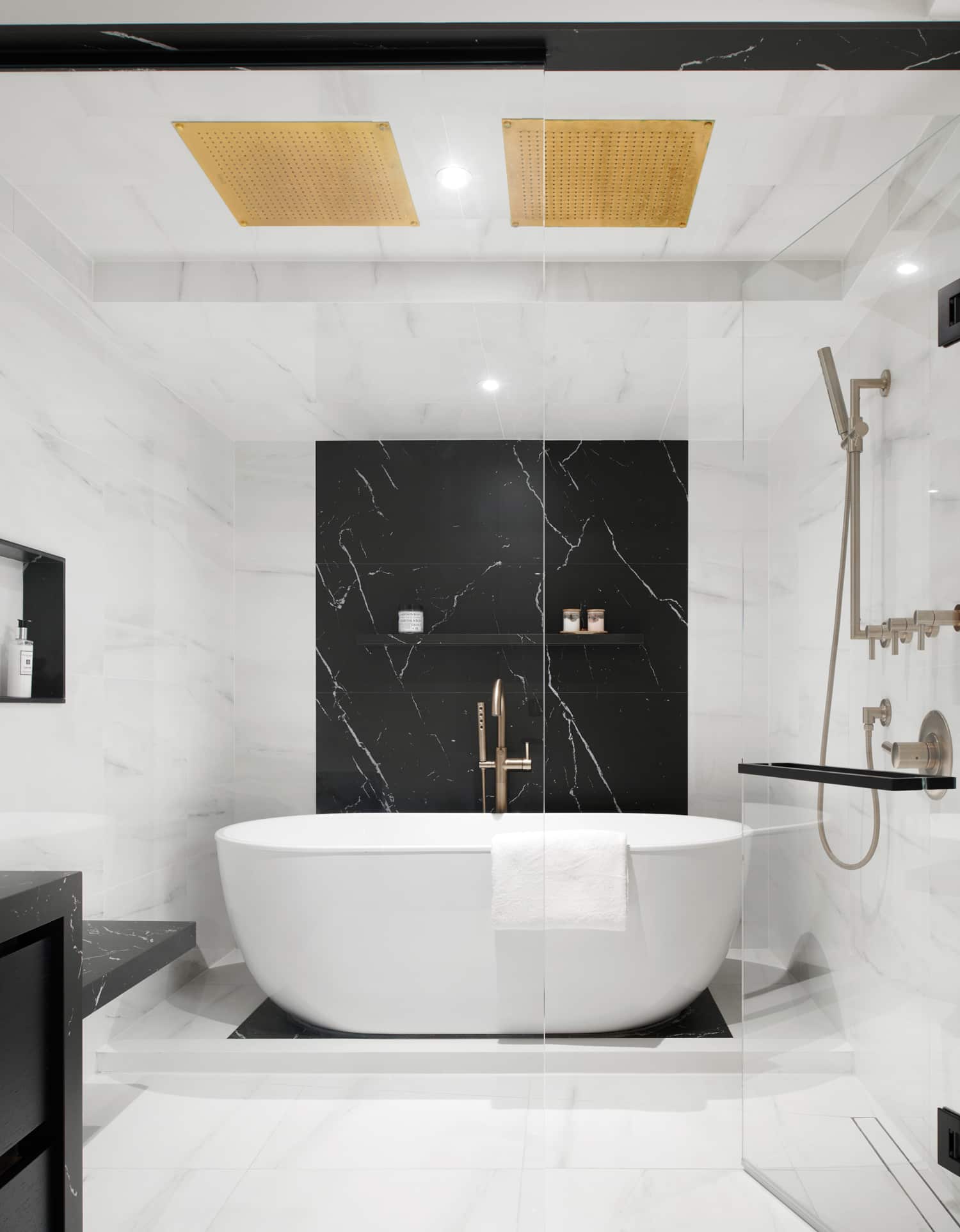 A Primary Ensuite That Brings A Luxurious Presence And Golden Glow