Share
Share
Luxury hotel room meets Belgian farmhouse. “The concept was fairly loose, but I tried to have a few key things be really juicy and tactile and then everything else be very quiet,” says Kelly Deck, Designer. “I wanted it to feel unpretentious but also luxurious." 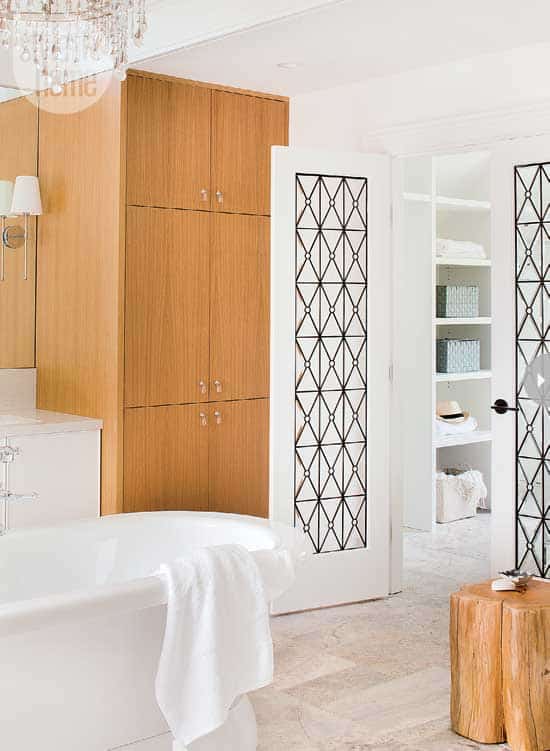 Dressing room
Leaded-glass dressing room doors play up the old-world reference and let in light while obscuring what’s in the closet. 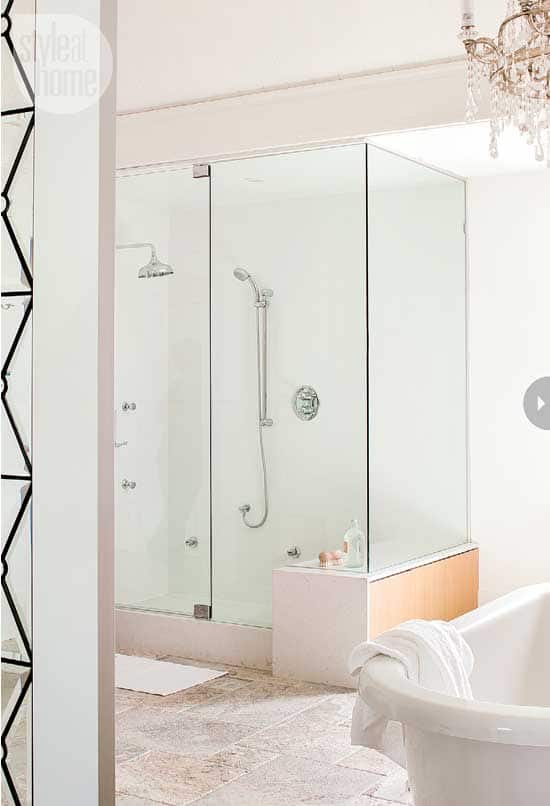 Steam shower
For the steam shower, Kelly chose a simple white bathroom tile with a smooth texture for a seamless transition from wall to shower. 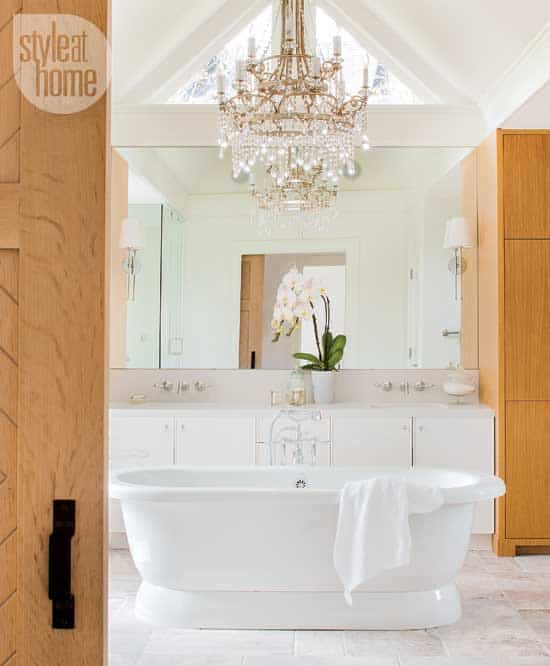 Ensuite architecture
The dramatic architecture of this master ensuite, including the peaked roof, called out for a light fixture with volume. “The chandelier really adds to the romance of the space,” says designer Kelly Deck.