Carte blanche: It sounds like every designer’s dream. When tackling the renovation of this guest bathroom in her three-storey condo, Toronto realtor Kara Reed gave designer Carol Reed free rein. The only stipulation? She had to use the striking Ming-green marble mosaic and the honed Calacatta marble tile they found while out shopping for inspiration one day. “I fell in love with it the moment I saw it,” says Kara. “It was pretty much the only influence I had in the entire design. I didn’t care how it was used as long as it was there.” Because designer and client are also very close friends, Carol was able to create a space that Kara would love. It wasn’t long before the entire bathroom, which was previously stuck in a 1980s time warp, was stripped back to its shell and meticulously rebuilt in a serene white and grey-green palette with plenty of sparkle and shine. 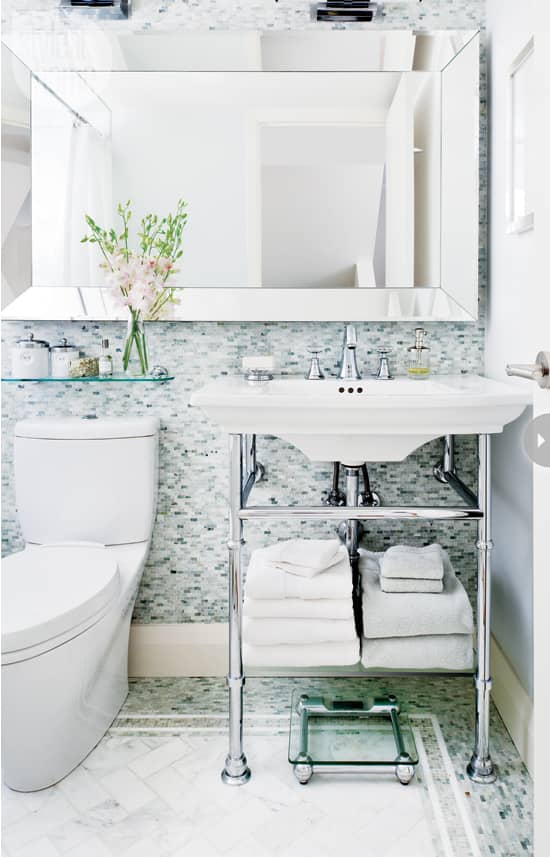 Marble mosaic wall
The entire back wall is covered in Ming-green marble mosaic tile, and the open design of the vanity shows it off perfectly. An open shelf below, plus the wide deck of the sink itself, offers just enough space for stacks of guest towels and soap. The stunning wall sconces, with their horizontal design, were chosen to fit into the tight space between the oversized mirror and the low ceiling. 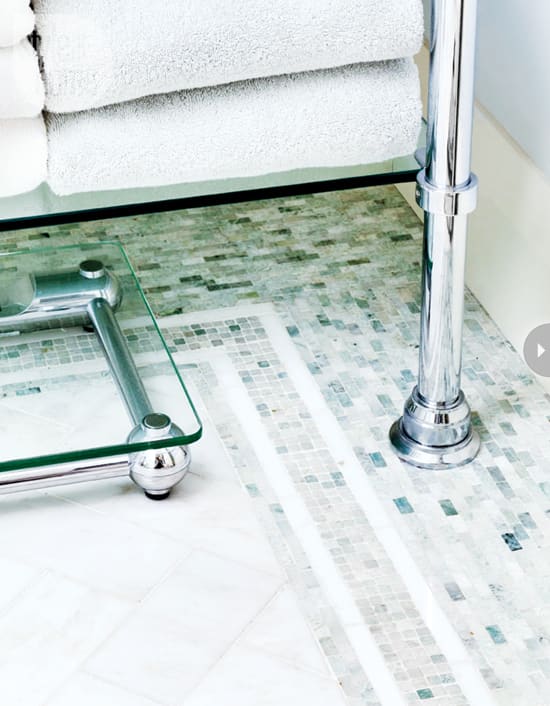 Bathroom tile design
The intricately detailed floor design is made up of honed Calacatta marble subway tile laid in a herringbone pattern and surrounded by borders of white Thassos marble and Ming-green marble mosaic tiles in different styles. 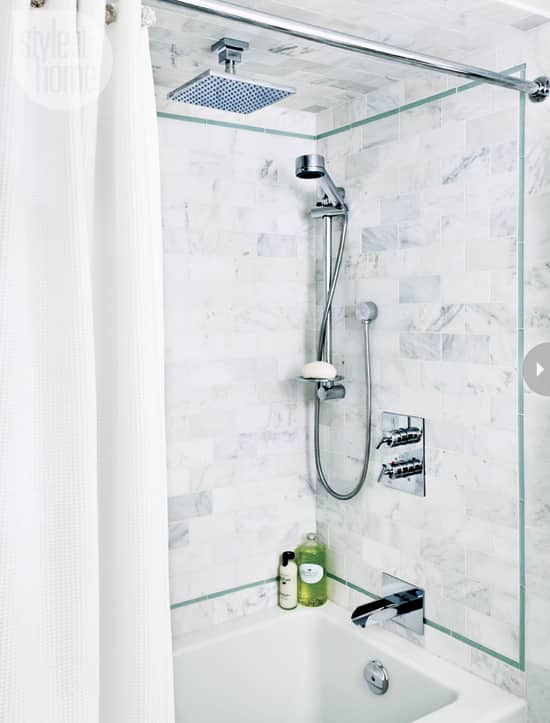 Shower and tub
Honed Calacatta marble subway tile wraps the shower and tub surround, as well as the ceiling. A thin strip of glass tile offers a hint of contrast. The large rain shower head makes for a spa-like experience for visiting guests. 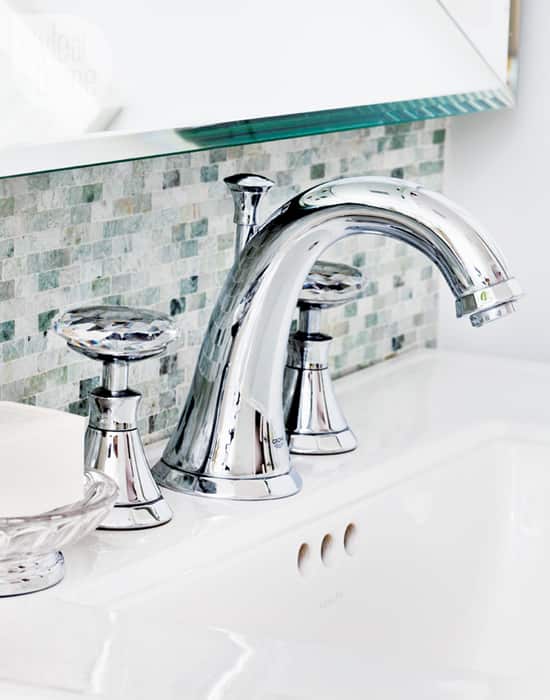 Bathroom faucet
“I saw this faucet and it was one of those ‘I have to have it!’ moments,” says homeowner Kara Reed. It was worth the splurge. The crystal handles, sparkly shower curtain rings, plenty of polished chrome and huge custom tray mirror add up to a stylishly sleek bathroom with serious bling.