A Parisian-inspired bathroom with traditional accents and a little sparkle and shine Author: Michael Graydon

A pretty Parisian bathroom with hints of sparkle and shine.


An 80-year-old clawfoot tub found on Craigslist was the jumping-off point for homeowner and designer Jenifer Glover’s refined master bath, which was part of a 1,000-square-foot addition she and her husband, Norm Brownstein, built onto the back of their 1930s house about seven years ago. “The idea was to create a calming space with a bit of a European feel to it,” says Jenifer. Vintage-inspired elements offer a sophisticated aesthetic reminiscent of an old Parisian hotel, while the combination of warm and cool tones enhances the serene look. 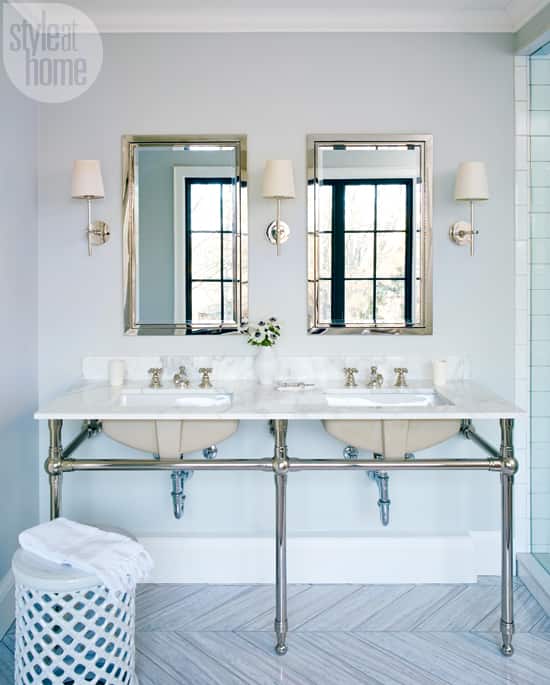 On the double
A dual-sink washstand with a Calacatta marble top sets an elegant tone in the bathroom. Its open bottom allows the eye to take in the stunning chevron-patterned floor, which is made of 12-by-18-inch marble tiles cut down to six by 12. “I got them for their striations,” says homeowner and designer Jenifer Glover. “The tile is interesting and works well in this application.” 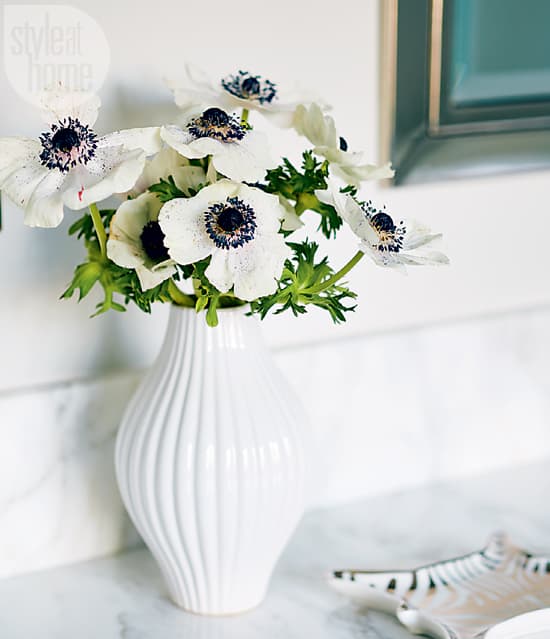 Finishing touches
Aside from the vintage clawfoot tub (which Jenifer had re-enamelled), elements like the wall-mounted towel warmer and porcelain and nickel faucet lend the ensuite an old-fashioned Parisian vibe. The wedding cake chandelier adds luxury and sparkle. “Those are the special touches, the jewels of the space,” says Jenifer. The marble mosaic tile in the shower and water closet complements the grey and taupe chevron-patterned marble floor. 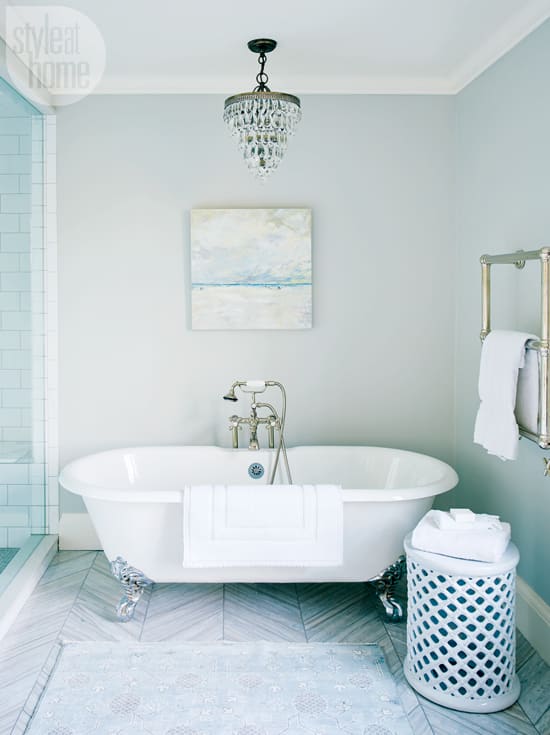 Behind closed doors
“Because there is no storage under the vanity, I had to make sure I could get storage in elsewhere,” says Jenifer. A small built-in cabinet features a glass-panelled door that allows her to display pretty toiletries, plush towels and other attractive items. “I decided to paint the back of the cabinet black to make the pieces that were in it pop a little more,” she says. 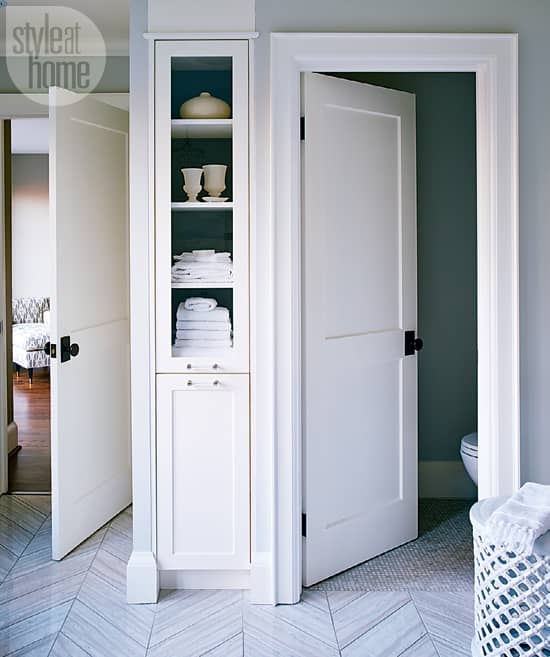