A clawfoot tub and marble herringbone flooring are just some of the beautiful vintage features in this stylish bathroom.


After moving into their 125-year-old rowhouse in downtown Toronto last year, Jane and Jeff Wood did a few cosmetic fix-ups to update the charming home, but the dark, cramped, showerless bathroom needed a complete overhaul. The couple enlisted designer Cameron MacNeil to create a bathroom that better accommodated their family. Expanding and reconfiguring the space, he incorporated the original tub and added an expansive shower and double vanity. He used classic materials like marble and brass for a fresh, light look that suits the rest of the house. 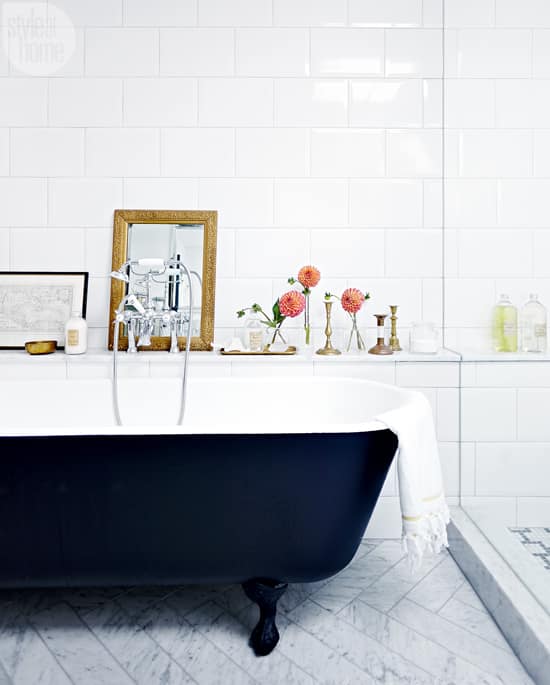 The inside of the original clawfoot tub was re-enamelled and its outside painted black. “The bathtub is really beautiful,” says homeowner Jane Wood. “It’s six feet long but quite narrow, and apparently it’s a style that’s hard to find now.” A wall of oversized eight-by-12-inch bevelled subway tiles (which offer visual interest without being too busy) and a marble-topped ledge continue from the glass-enclosed shower for a seamless look. 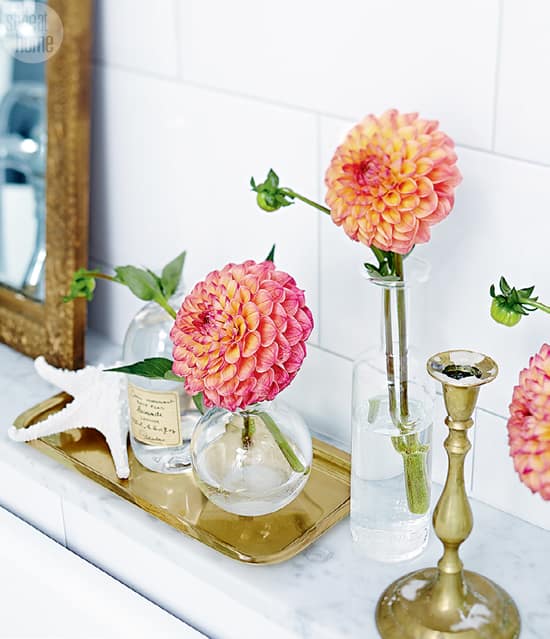 Floor show
The elegant herringbone-patterned floor is both current and timeless. “We went to the store and picked the marble tile with the nicest colouring,” says designer Cameron MacNeil. “It was 18 by 18 inches, so we had each of them cut down to four by 18 inches.” The same tile, combined with black marble, was used to make the graphic mosaic on the shower floor. The shower also featuresa luxurious water system with jets, along with hand-held and rain shower heads. 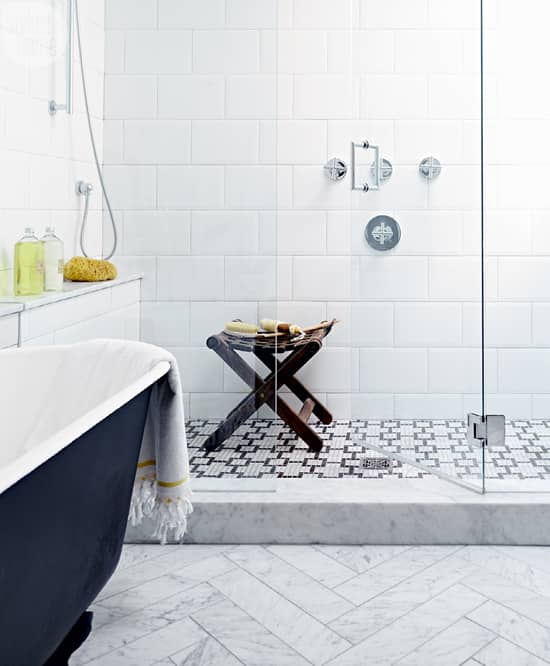 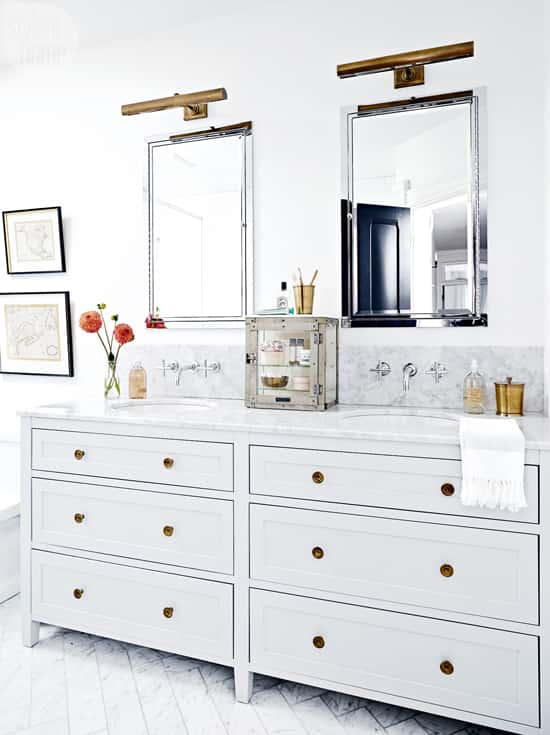 Mix master
With Shaker-style drawers and legs instead of a toe kick, the marble-topped vanity has a traditional furniture-like look. Its brass knobs as well as the brass sconces hung above the inset mirrored medicine cabinets pleasantly contrast the contemporary chrome fixtures. The sinks’ wall-mounted faucets are a practical choice: “They’re easier to clean, and you can put more stuff around the sinks,” says Jane. An old barbershop display cabinet, which Jane found on eBay, serves as a fun storage piece. The bathroom’s combination of grey, black and white elements creates a fresh, neutral palette. “And it’s not all white, which is nice,” says Cameron.