The phenom behind your favourite sophisticated comedies, Nancy Meyers, is at it again with her new film The Intern. Written and directed by Nancy herself, you can rest assured it is not only witty and heartfelt, but also serves up her signature stylish set designs that we all covet scene after scene. 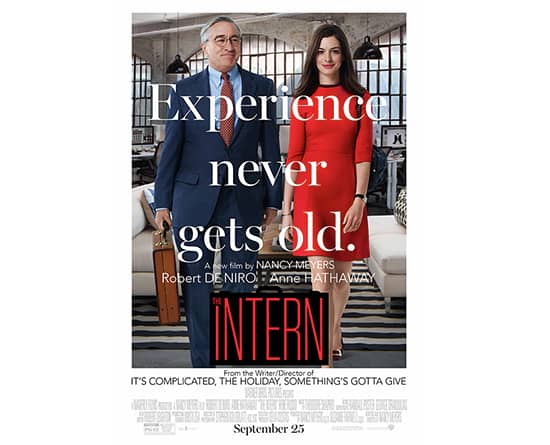 The storyline follows the working relationship of Ben Whittaker, a 70-year-old retired widower, and Jules Ostin, a young, successful founder of an e-commerce site, as they learn to mind the generation gap and role reversals between them. The challenge for Meyers was to capture an aesthetic that reflected a digital world with minimalistic contemporary design, while fitting in the appropriate amount of traditional and eclectic touches to balance the two characters.

In developing these sets, even Meyers's adopted a tech savvy approach by creating Pinterest boards for each character and all the main sets. "I love Pinterest," she says. "It was a great way for everyone to just breathe in a little bit of the charcter's essense and the world they lived in." And we invite you to do the same, as Nancy Meyers and production designer Kristi Zea guide us through their design decisions from set to set. Plus, shop the set with One Kings Lane and their exclusive sale of authentic props and products from the set! 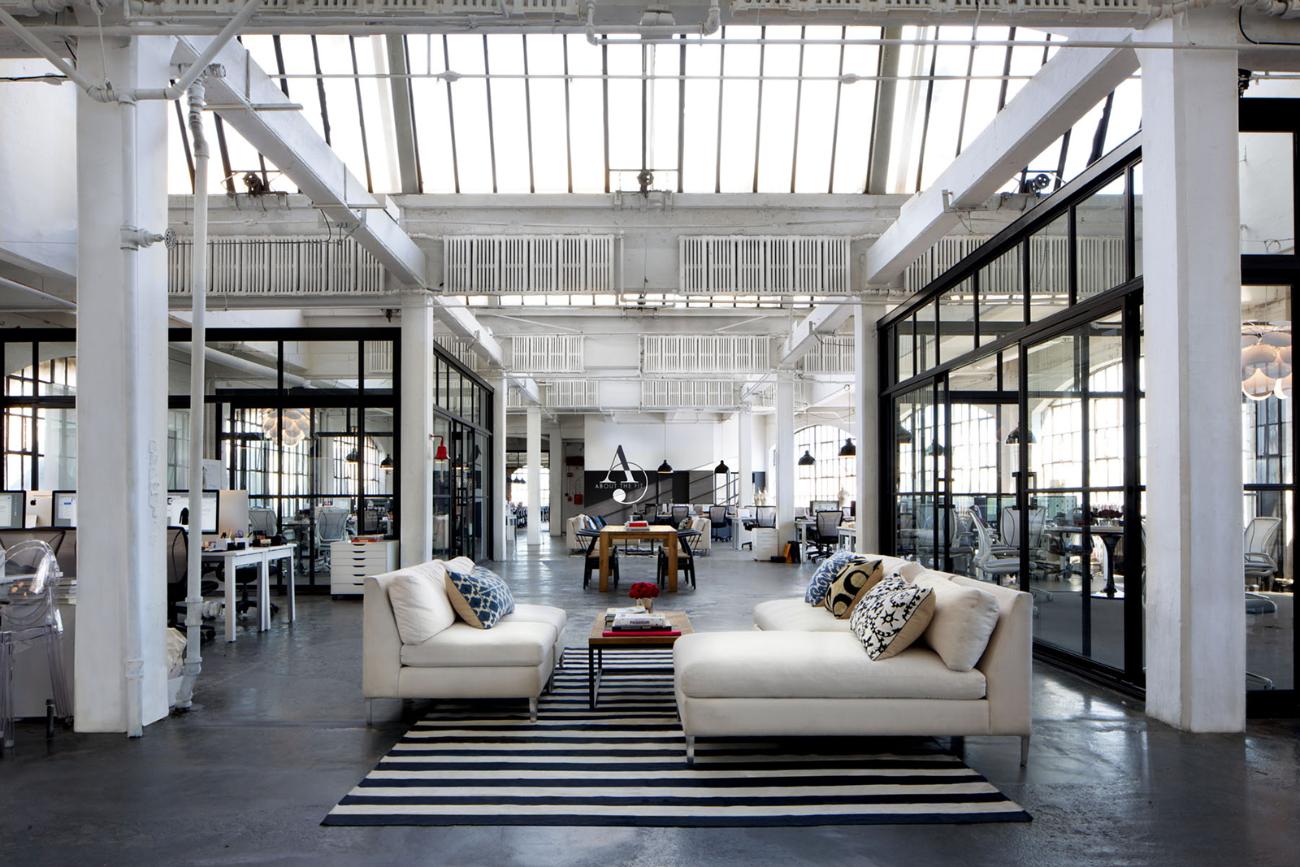 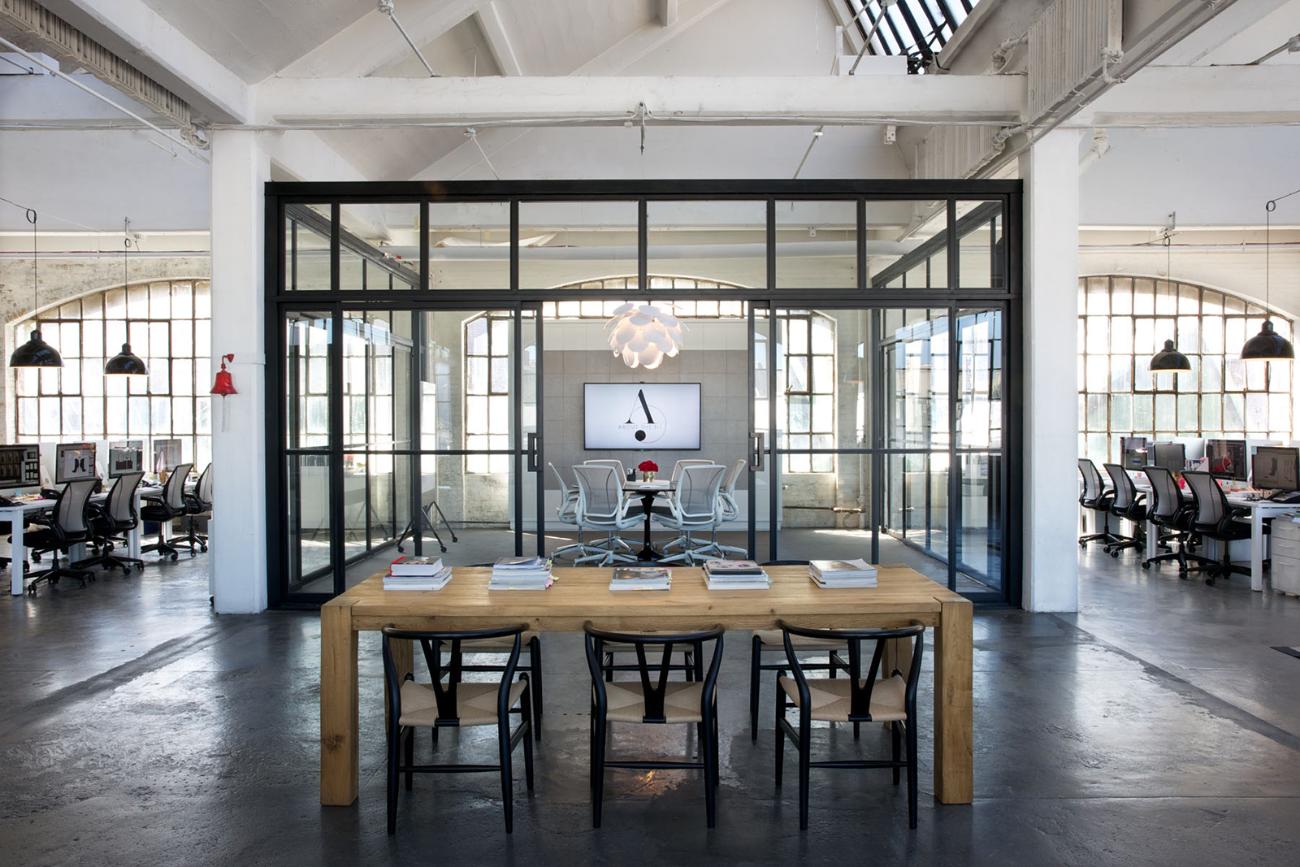 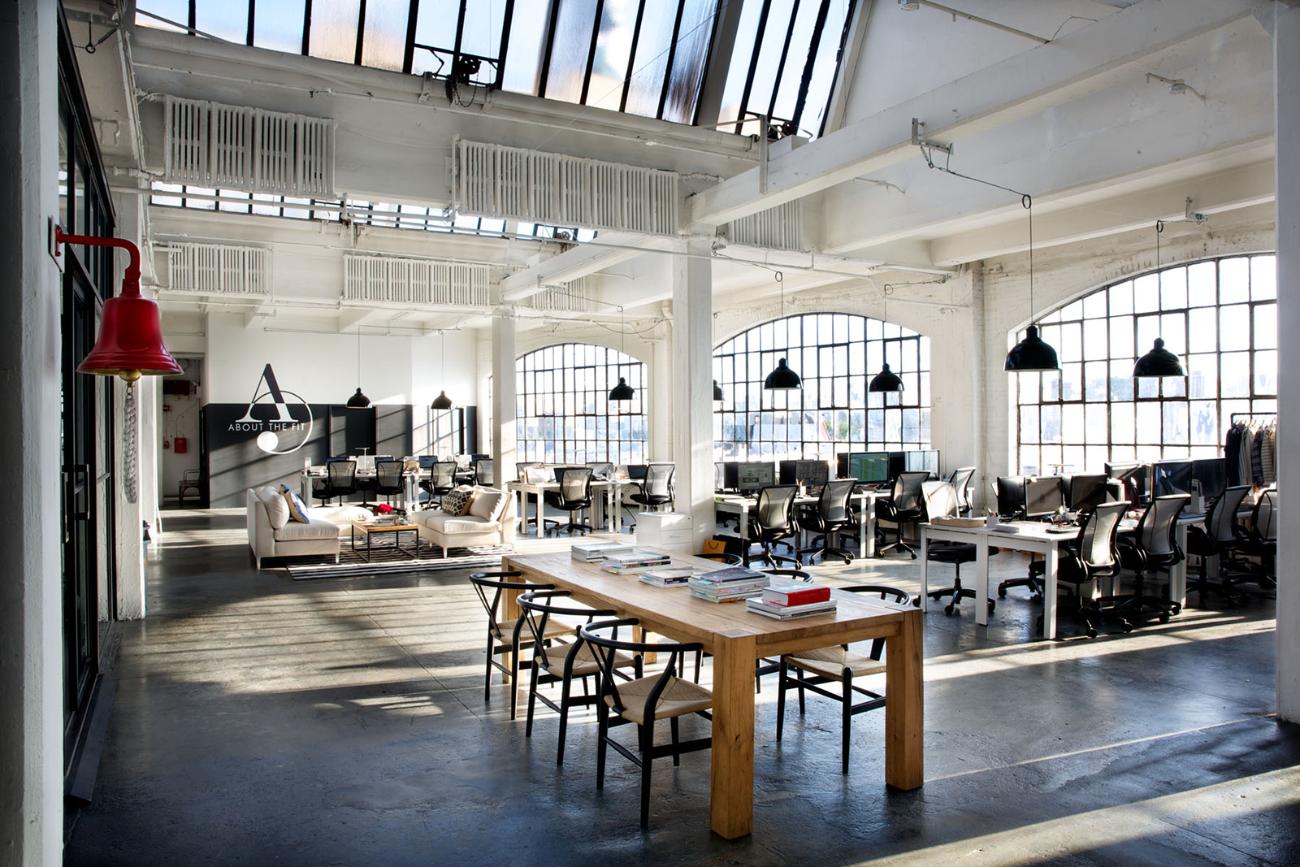 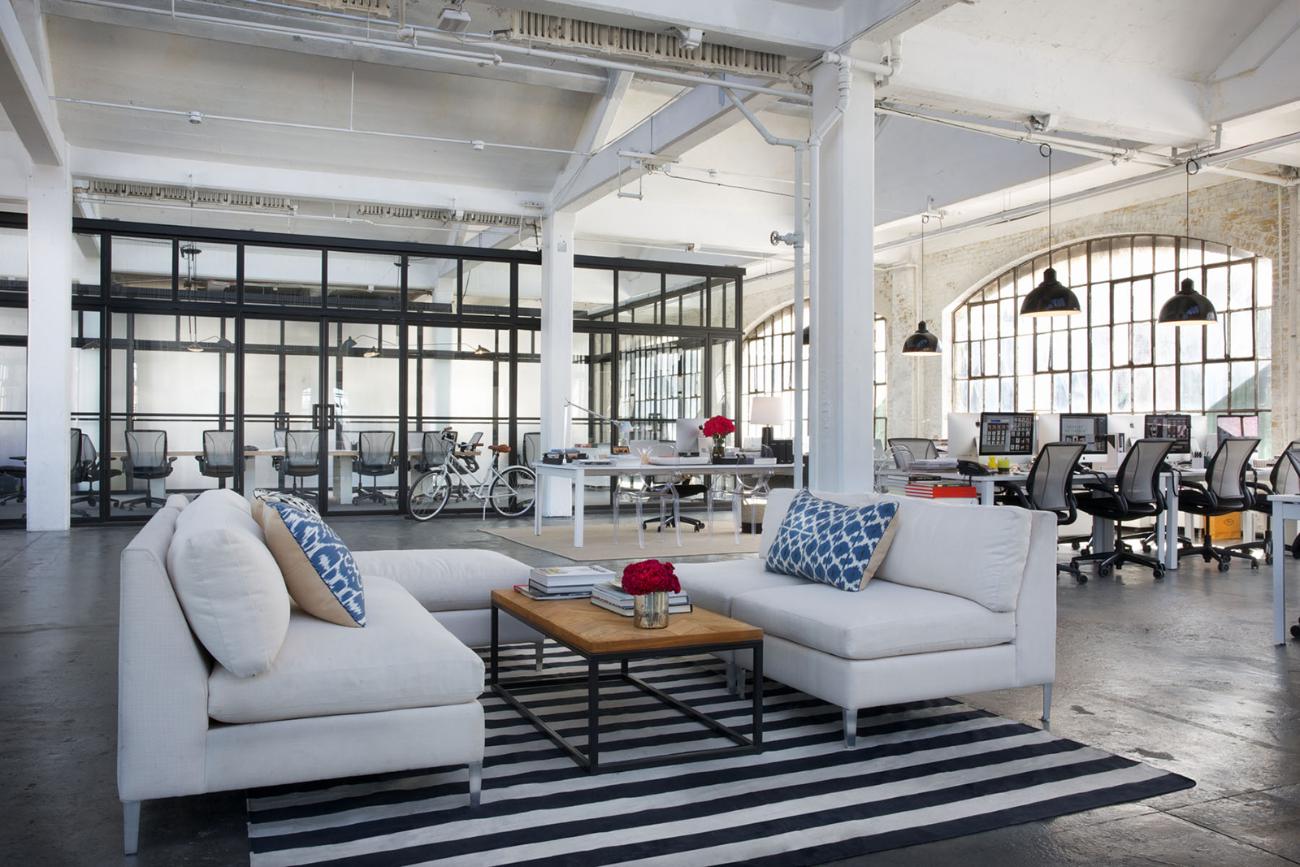 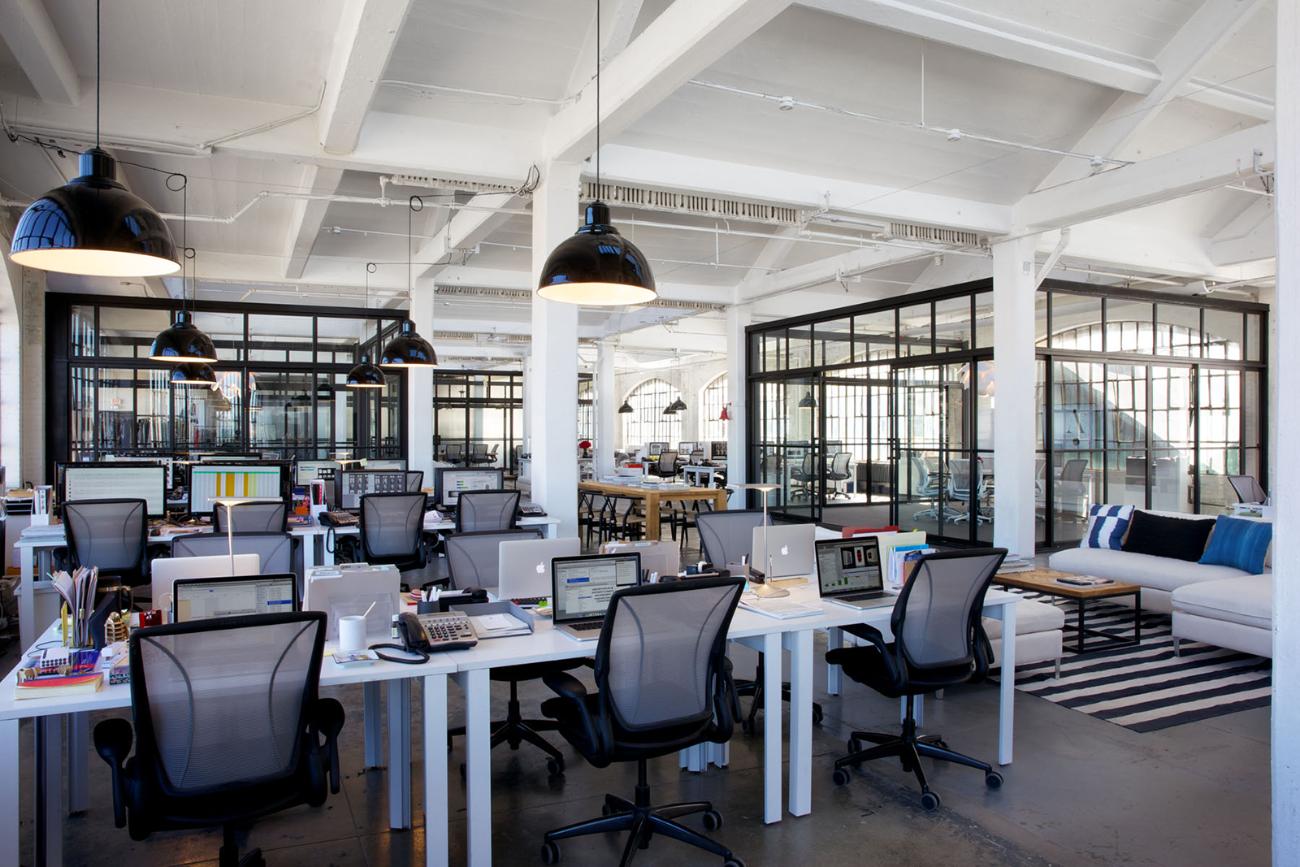 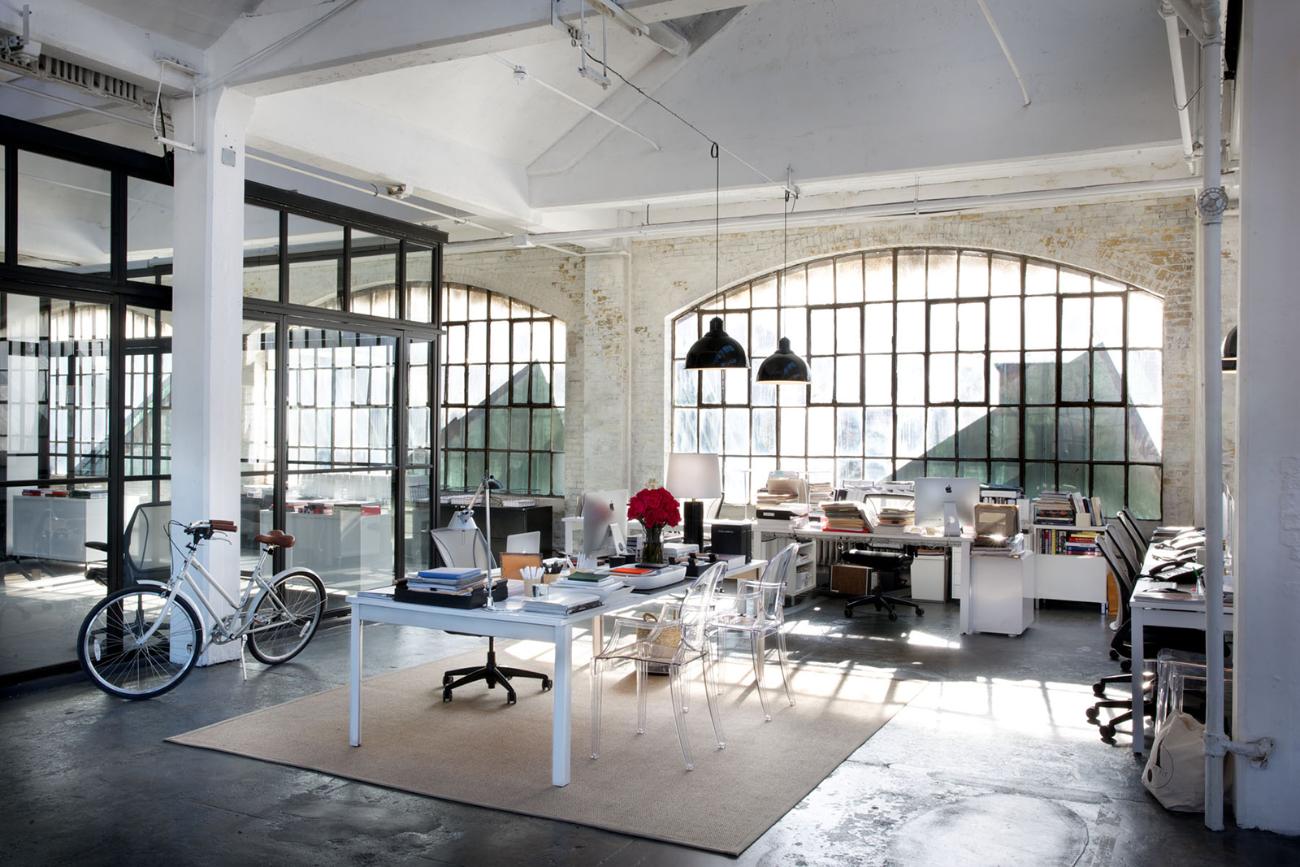 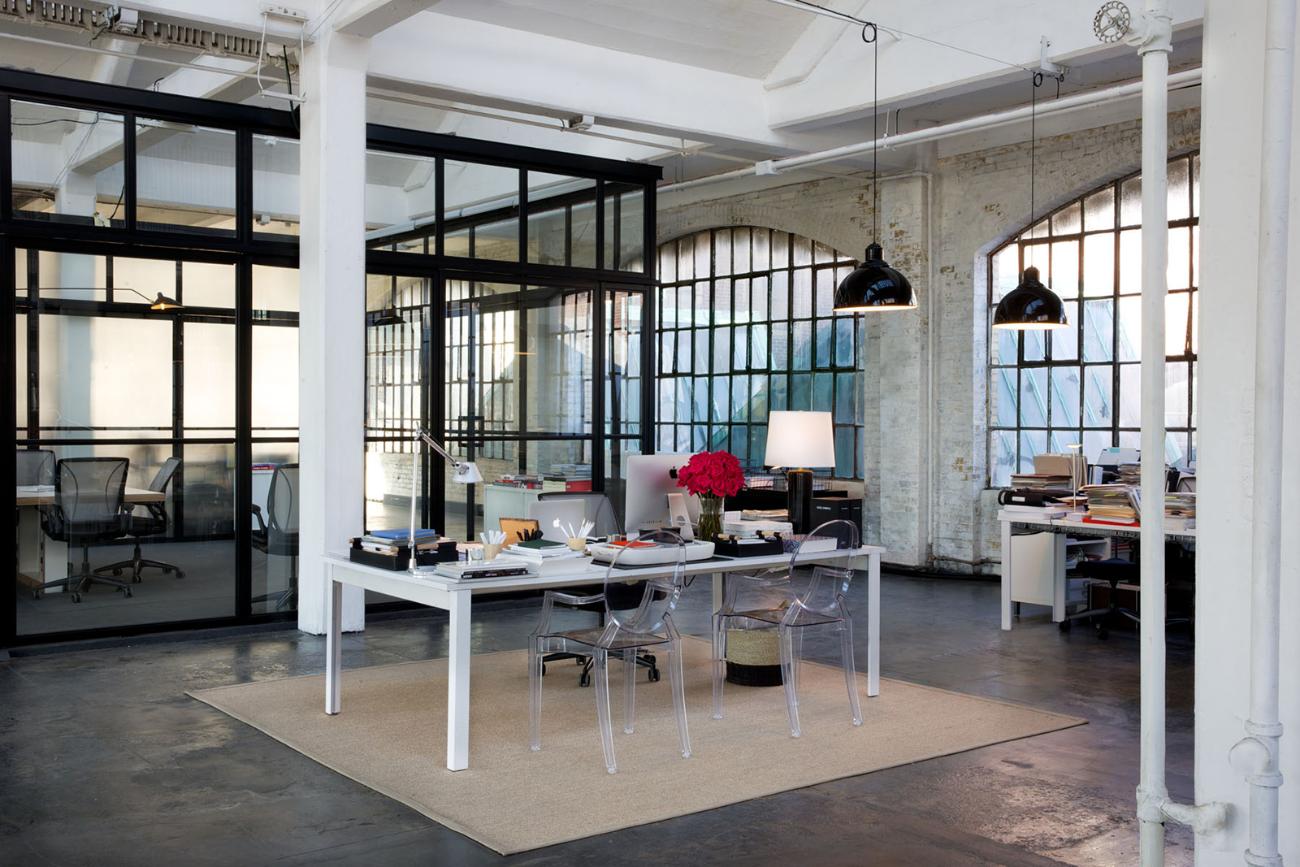 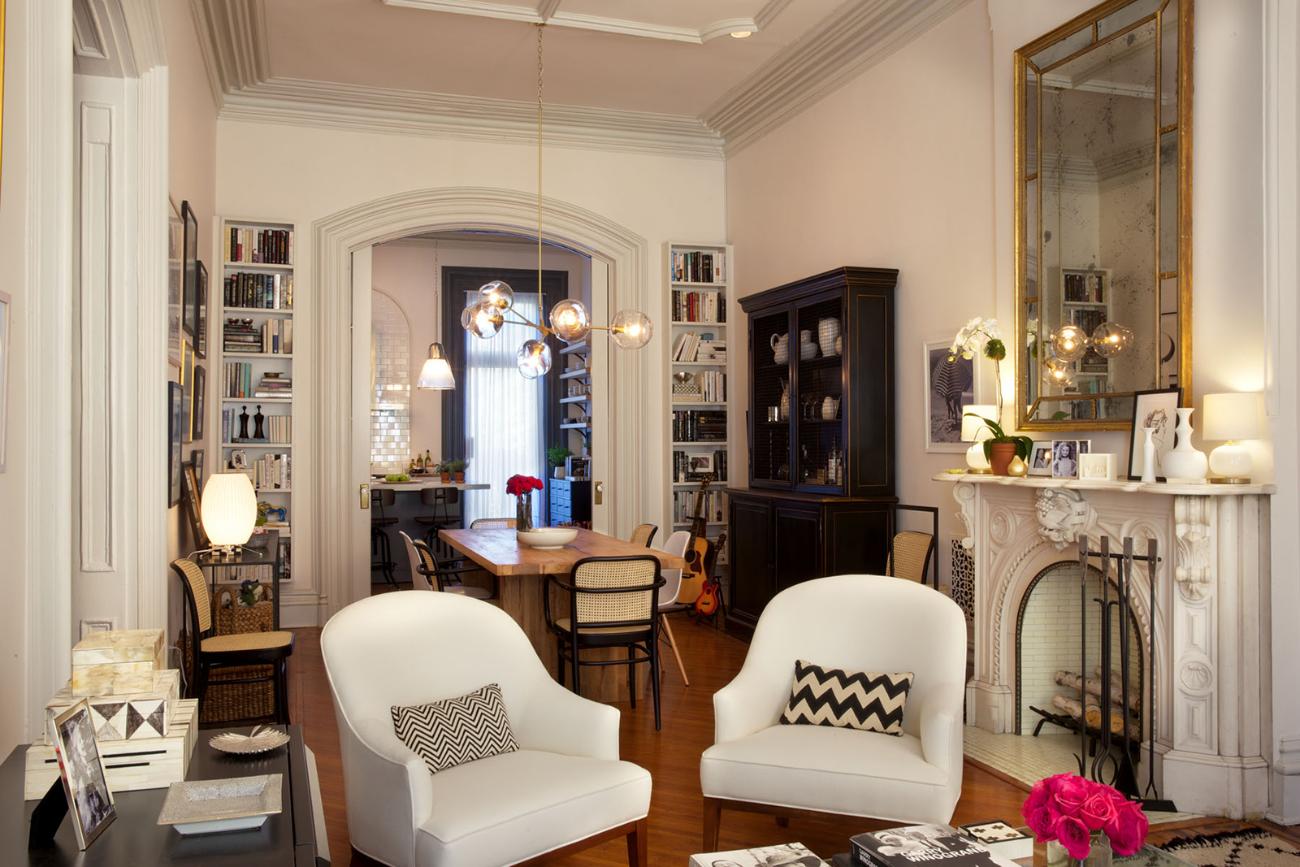 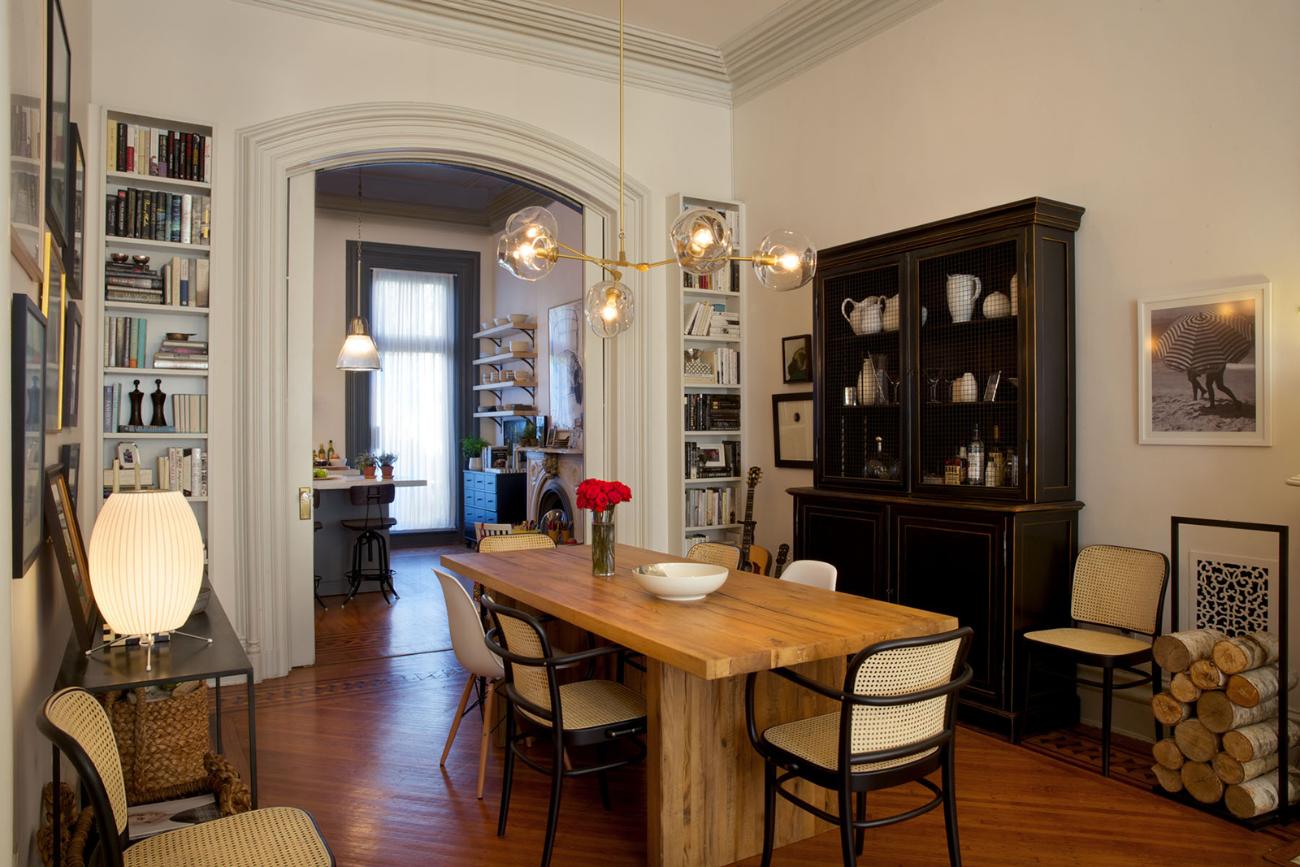 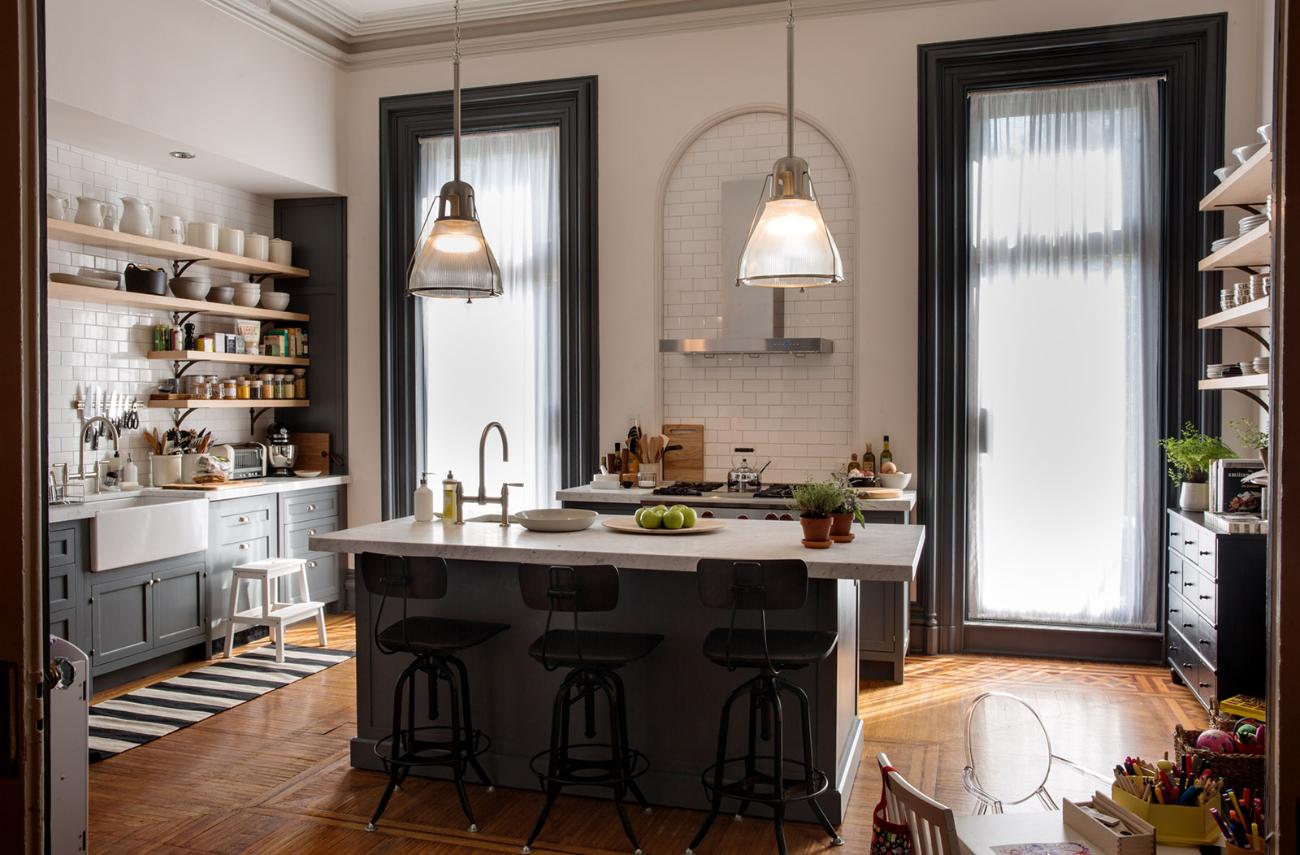 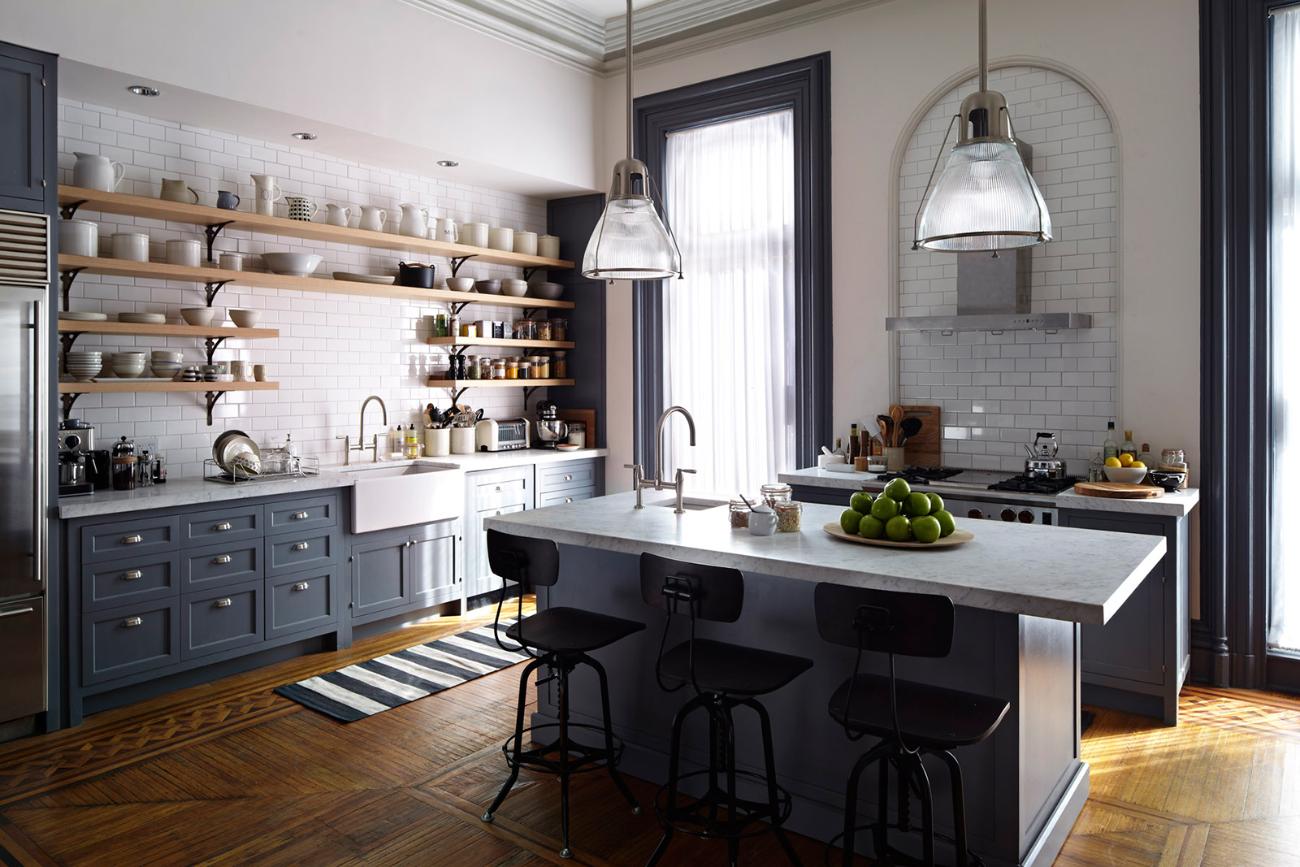 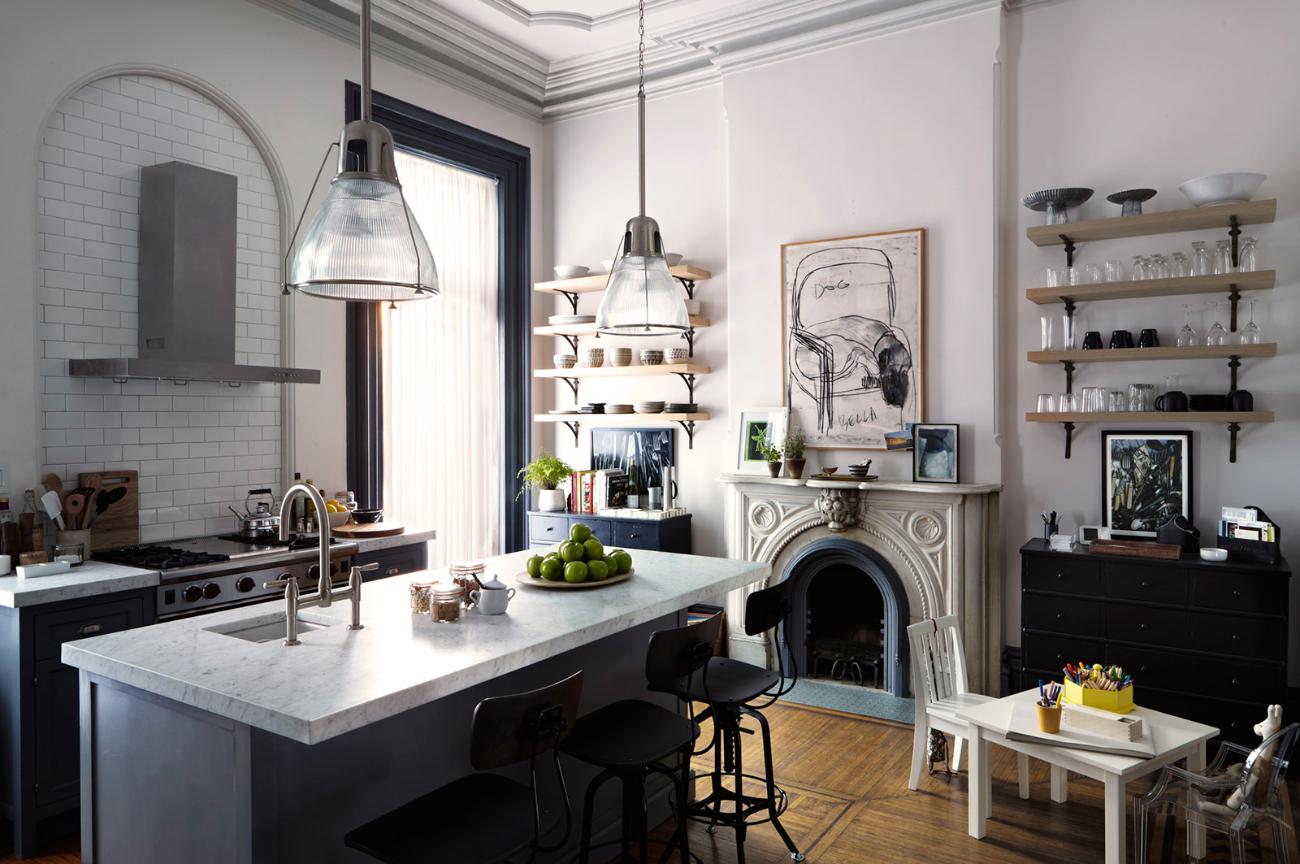 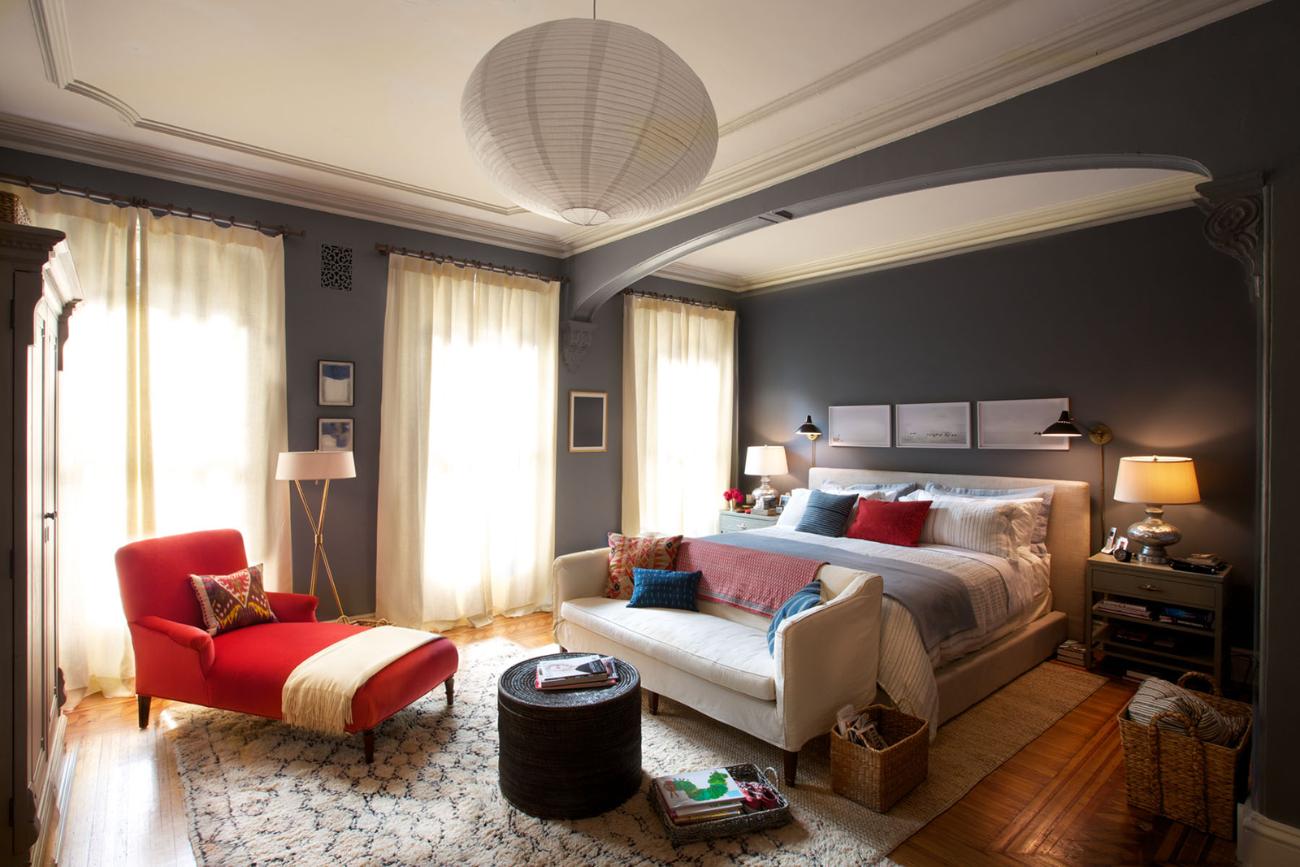 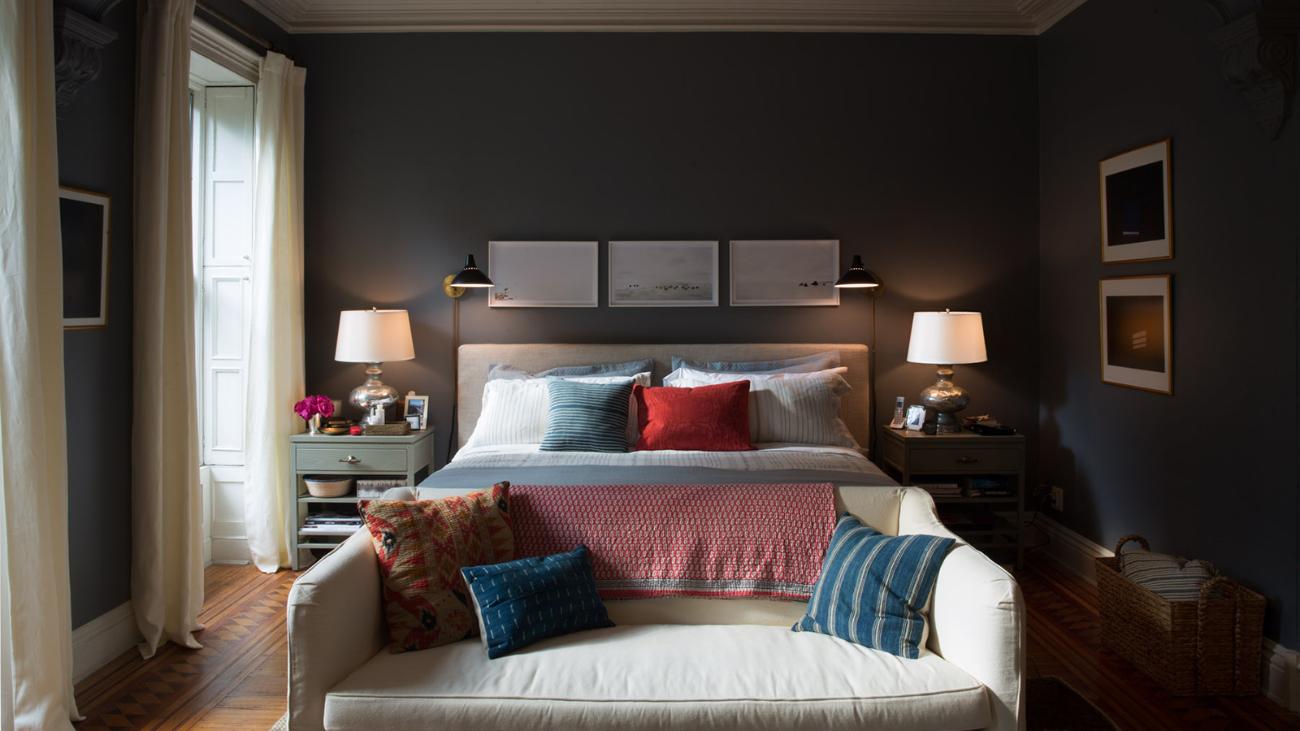 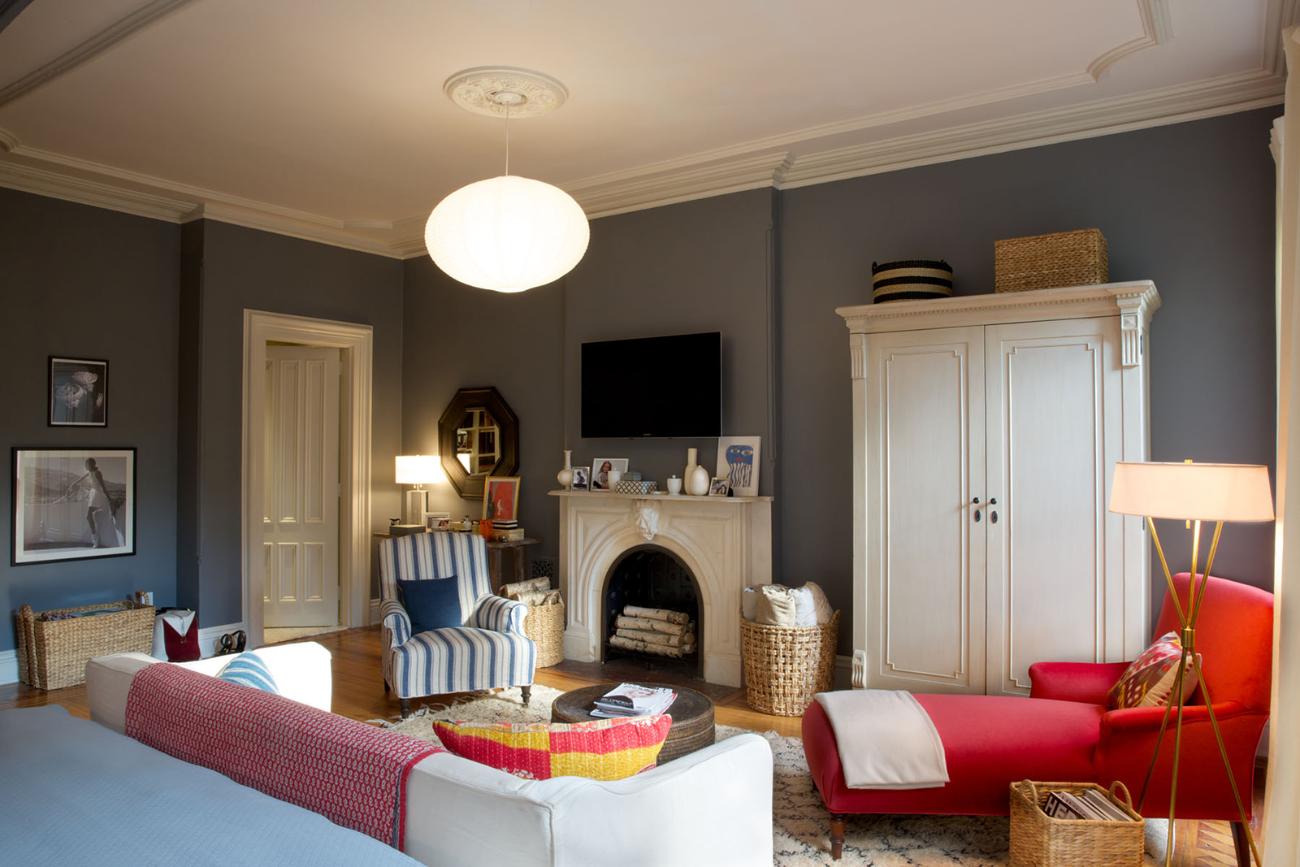 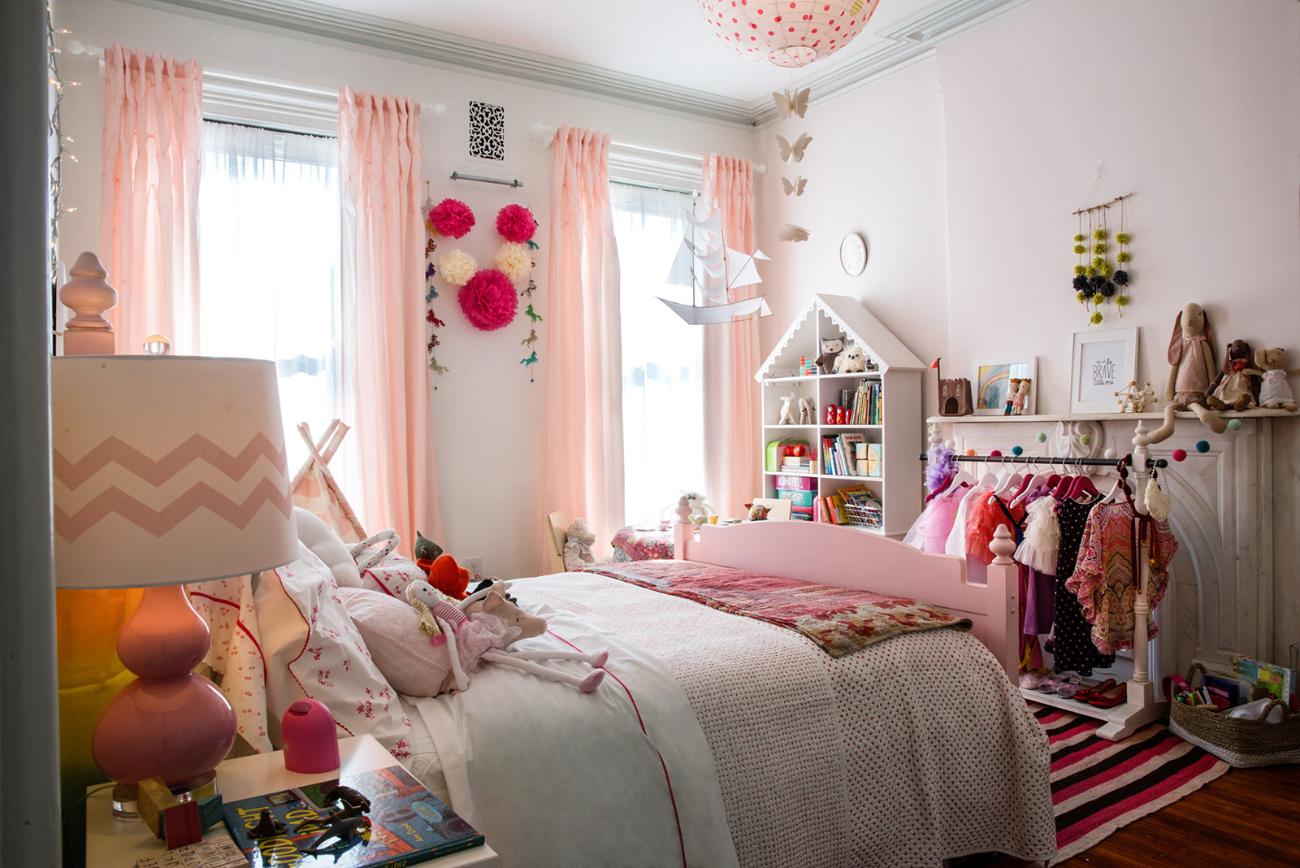 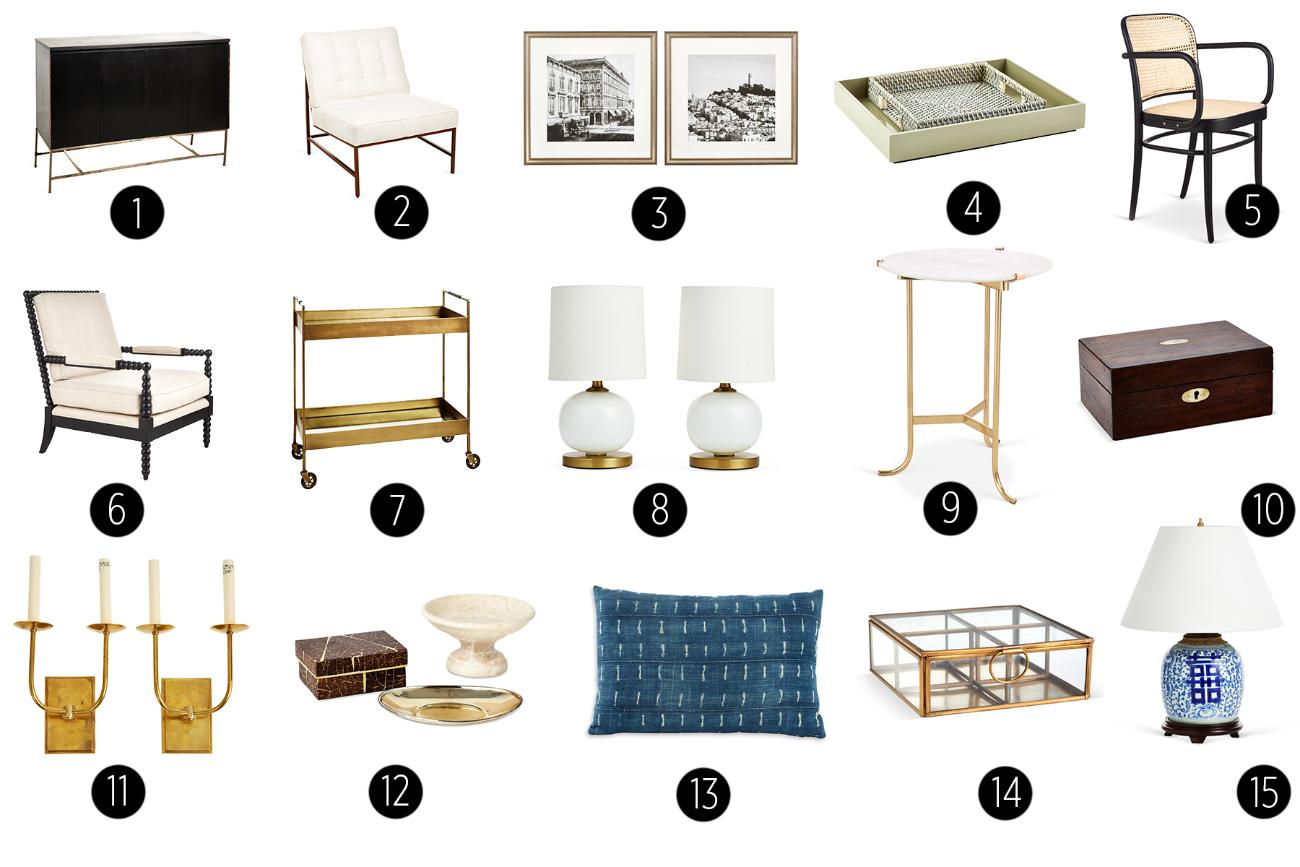 Welcome to About The Fit's office

Based around an e-commerce start-up company in Brooklyn, writer and director Nancy Meyers researched real start-ups to capture the appropriate look and functionality for the office design. After touring real companies, Meyers came to one conclusion: They were typically "all big spaces with a very contemporary vibe”.

"The most exciting part of our start-up set was building the conference rooms and bringing in all those desks and computers. Once it came to life and the actors were sitting behind their computers it all felt real and truly thrilling for all of us.” - Nancy Meyers

“The start-up work space is an exciting work environment, and a few that I researched were in old buildings or factories. We created Anne Hathaway’s start-up in an old factory in the Bronx that once printed currency.” - Nancy Meyers

The common areas of the office were furnished with budget in mind. Not the film's budget, but the character's. When decorating the set it was important to keep in mind that this is a new company with a young founder so they couldn't bring in pieces that would have been out of her price range. (Hint: Those are CB2 couches we spy).

The office is an open-concept layout - not even Jules, the founder of the company, has a private office. Even with conference rooms and designated work areas, the space is kept bright and open with glass walls and polished floors populated with clean rows of white desks and grey chairs.

Meyers chose this particular space (a photo studio in real life) for its original, expansive windows, aged brick and overflowing natural light. "Its large windows and huge open spaces were even more beautiful than I had imagined," she says.

“We wanted Jules’s place to be the home of a young family with the kinds of furniture and belongings young families might have: some mid-century pieces, black-and-white photography, Moroccan rugs, and lots of toys! And in her kitchen, open shelving, no upper cabinets. I love that look—feels very modern.” - Nancy Meyers

“I always imagined Jules had a friend who was an interior designer who helped her out. I know starting an e-commerce business is very time-consuming, so I imagined someone had to give her a hand in pulling it all together. Our set decorator found a great Lindsey Adelman light fixture, which sits over the dining table.” - Nancy Meyers

"All of Nancy's movies have a kitchen everyone wants for their own. This one is no exception." - Anne Hathaway

From making pancakes in Something's Gotta Give beach house kitchen to casual family gatherings around the kitchen island in It's Complicated, there is one thing Nancy Meyer kitchens have in common: Everyone wants to live in them.

A kitchen to love

Even The Intern co-star Anne Hathaway states, "I was thrilled to get to live in a Nancy Meyers kitchen even for a little while. Let me tell you, you could cook in there."

While the company headquarters has a clean, bright and white look, the home, a renovated brownstone in the Clinton Hill neighbourhood of Brooklyn, has an overall palette that leans towards darker charcoals with pops of colour.

There was one important detail made when it came to the set decor: artwork. Much thought was put into the art chosen for each character's home. Jules's home showcases a collection of prints and black and white photography with Paige's colour drawings thrown into the mix. Fun fact: Ben's home is decorated with artwork by Robert De Niro's own father who was a figurative painter.

A new challenge for Nancy Meyers

“The spaces were all really good, fun spaces to create, and all were challenging in a new way for me. All of the houses in my movies have been sets constructed from scratch. But in The Intern we were in real locations 100% of the time, so the most exhilarating part was finding what I had imagined or, in some cases, even better! It took some time, but once we found the right locations it all got very exciting very quickly.” - Nancy Meyers

Difference between the home and office

“I wanted both Jules’s home and office to feel authentic to her character. However, at home, there’s more colour, and the architecture is, of course, warmer as well. Jules lives in a brownstone in Brooklyn, with big beautiful trees lining her street. And inside, there are lots of toys belonging to her five-year-old daughter, Paige.” - Nancy Meyers

Tour the set of Nancy Meyers's film The Intern