A Vancouver Victorian gets a family-friendly update inspired by Scandinavian style.

When interior designer Rebecca Hepburn and her husband purchased their East Vancouver home in June 2016, the 1908-built beauty had good bones – but they could tell that it hadn’t been shown much love. In fact, the 3,000-square-foot abode was desperate for some TLC. Rebecca knew embarking on a major facelift would come with challenges, but she was excited and totally in her element. “I love renovating older homes because there’s so much room for creativity and problem solving,” says the designer. To make things even more interesting, the couple, who at the time had a one-year-old and a baby on the way, would be living on-site through it all. “It was a stressful process, but we knew it would be worth it in the end, even if it meant doing dishes in the bathtub on occasion!” says Rebecca. She was ready and willing to get started, so the family moved into their new digs and the seven month-long remodel commenced.

Rebecca’s idea was to create a family-friendly Victorian-meets-Scandi aesthetic with a subdued palette and a few show-stopping focal points. Some structural changes would allow her to take advantage of the home’s excellent orientation and brighten and lighten the space. A wall was removed between the kitchen and the dining room, creating open sightlines from the entryway to the back of the house, and small windows in the kitchen were replaced by one large window and French doors that lead to the backyard. Wherever possible, the designer kept original features, including mouldings and casings throughout, as well as the hardwood floors, which were bleached and refinished to retain their character. But Rebecca didn’t shy away from using modern elements like new appliances and contemporary furniture.  “I wanted the juxtaposition of maintaining the 110-year-old influence and beauty of the home while bringing something new and modern to the table,” she says. In the living room, this meant keeping the style as minimal as possible while incorporating features that pay homage to the home’s heritage. “We added a vintage-look gas fireplace and a mantel that plays off the details on the baseboards,” says Rebecca.

The kitchen saw the biggest change, including the addition of Corian waterfall countertops and custom white oak cabinetry. A burnt-orange-tiled floor was replaced with patterned grey and white tiles, creating a focal point that draws the eye to the back of the house. “The tiles are beautiful and they wear tremendously well,” says Rebecca, “and our kitchen sees a lot of action, so they’re perfect for us.”

The designer was looking for the same family-friendly features in the dining room chairs but finding the right seating to complement the custom live-edge walnut table wasn’t easy, so she chose chairs with simple mid-century silhouettes. “Functionwise, they tick all the boxes – they’re very comfortable and easy to clean, which is super-important when you’re tidying up after little ones,” says Rebecca. The soft grey rug was used to ground and warm the space, while the ceiling was painted pale pink for a subtle surprise.

For final decorative touches, she peppered the rooms with potted greenery to promote good air quality and bring in a hint of the outdoors. The artwork, too, echoes the outdoors by showcasing an organic aestheic.

The project was a labour of love, and it may have taken several stressful months to complete, but the end result makes way for many years of easy breezy living to come. 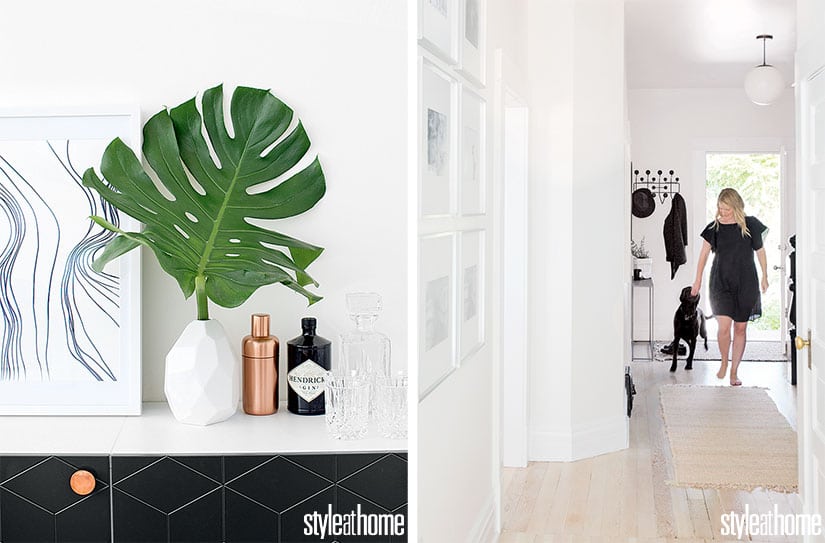 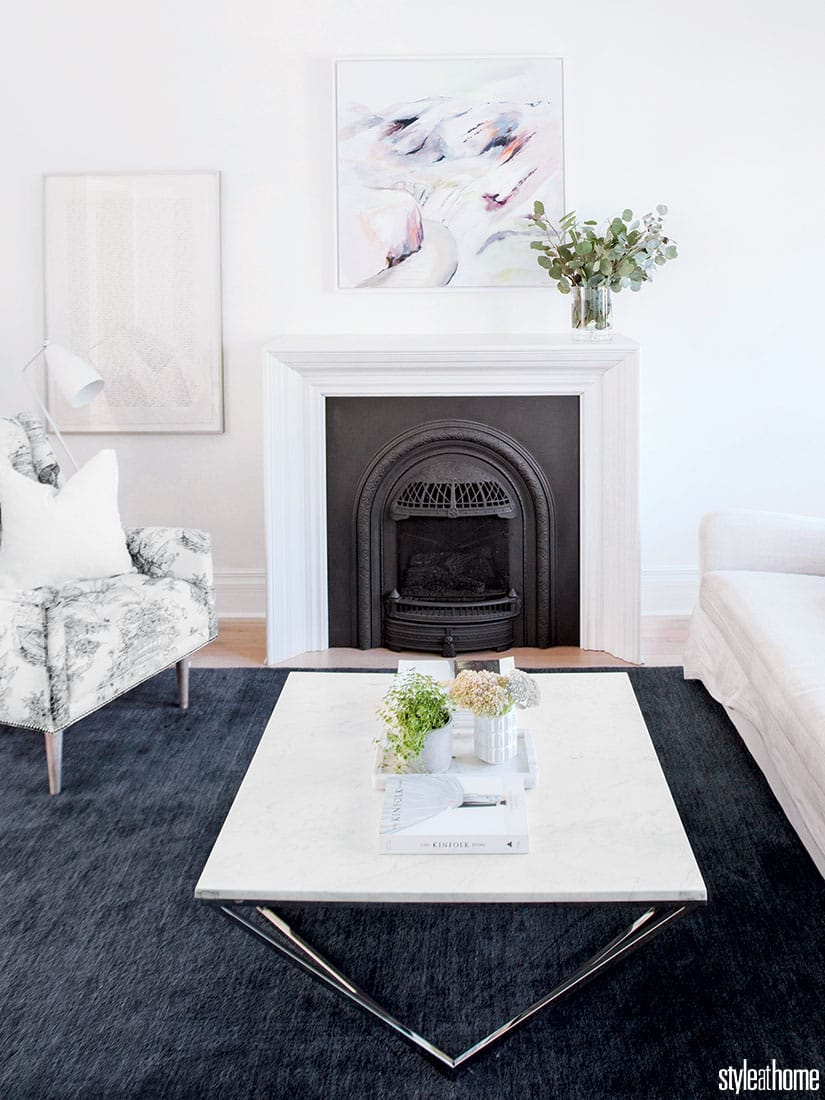 A deep blue rug acts as an anchor in the living room, where white walls and delicate artwork give off a light and airy vibe. The modern silhouette of the coffee table contrasts the classic features in the room, such as the tufted-back armchair, with its traditional yet playful upholstery. “That pattern has been a long-time favourite of mine,” Rebecca says. 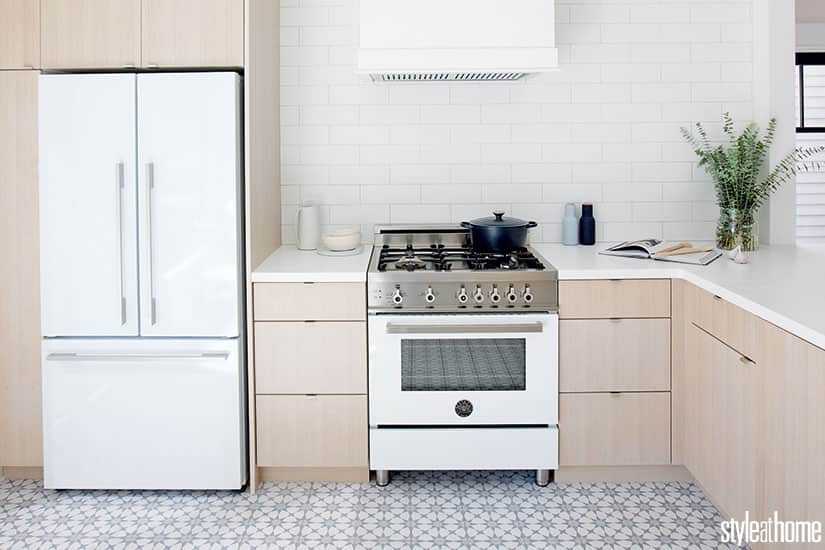 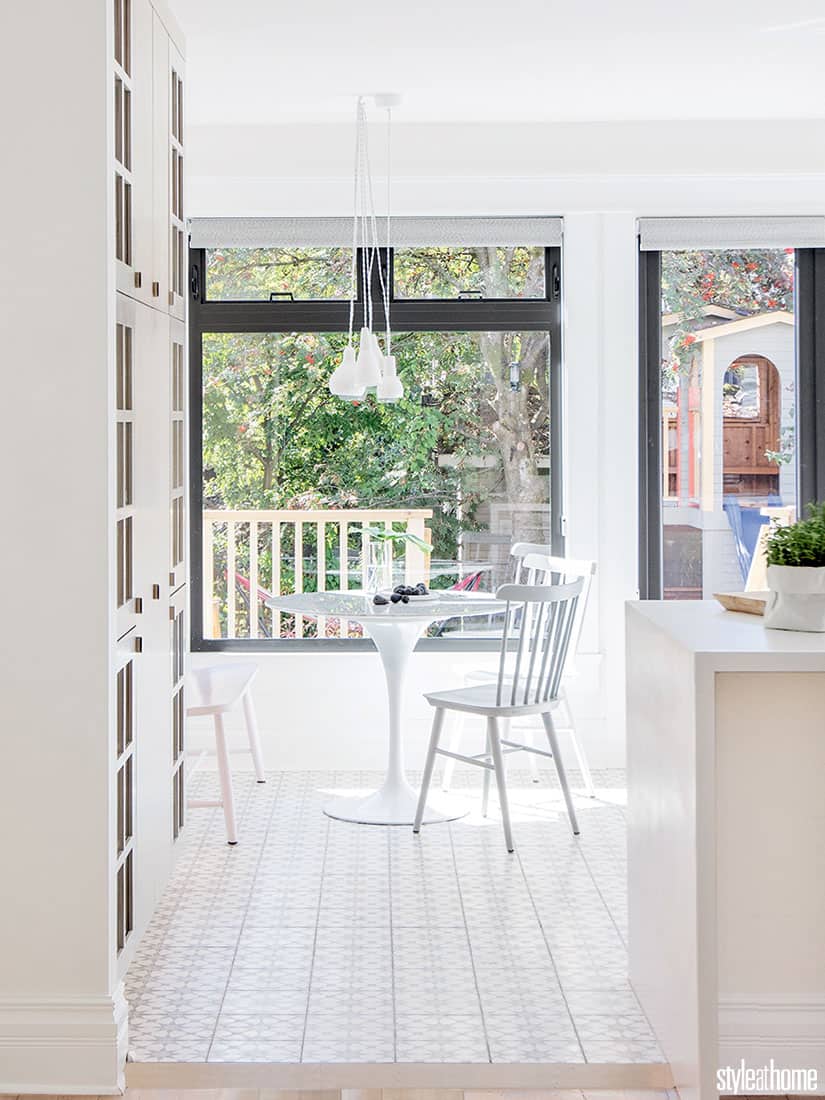 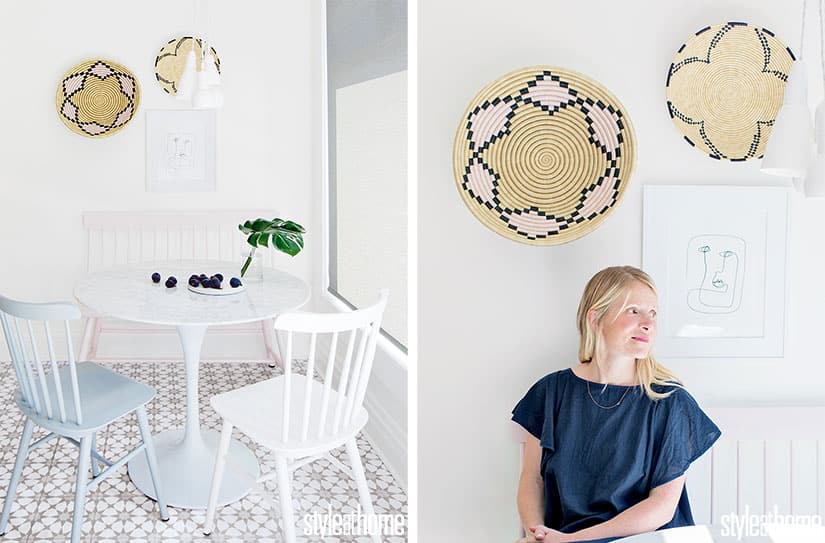 A wall that once divided the kitchen and dining room was replaced with a peninsula, allowing light to flood in through a new large window at the rear of the home. 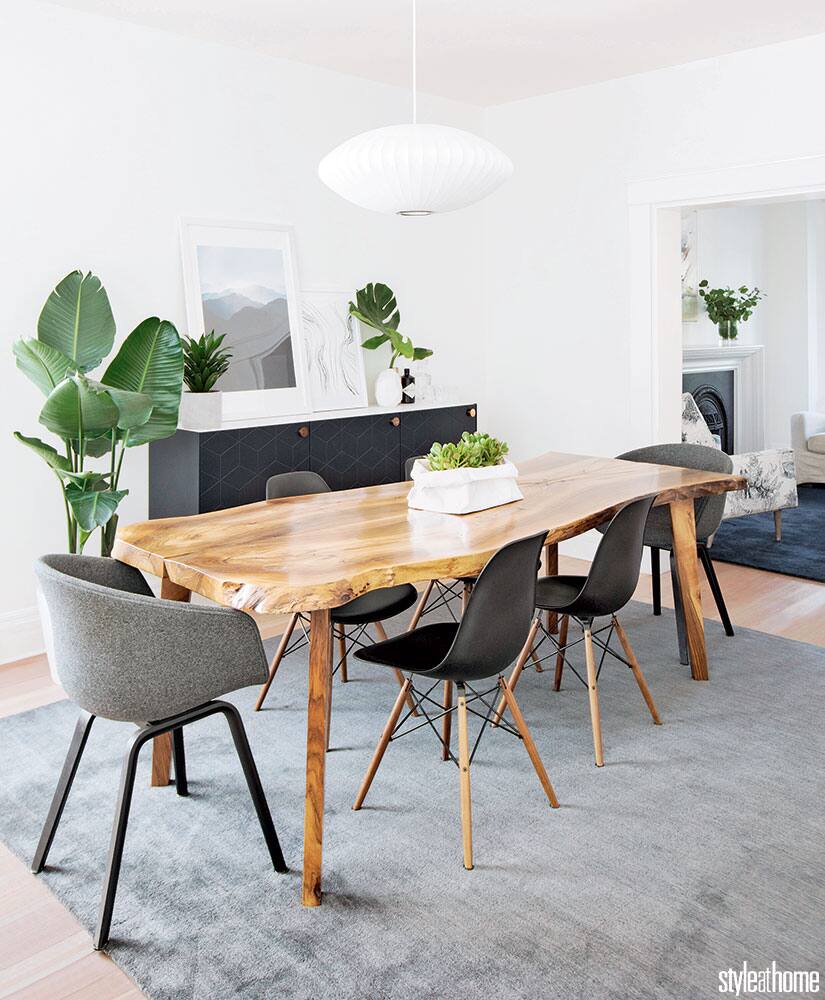 The dining room design revolves around the grand live-edge table. “It was a wedding gift that was custom made. It’s very special to us,” says Rebecca. A floating sideboard purchased from a big-box store was beautified with panels the designer ordered from Europe. She also chose a minimal white pendant light to keep sight-lines open through the house and a print of a mountain vista to echo the surrounding West Coast landscape.

Can you tell the difference between the high end and low budget Scandi-inspired dining room?