A family of five takes a relaxed no-nonsense approach to personalizing their summer retreat.

Use what you’ve got. That’s the motto that guided the decorating of this 3,000-square-foot cottage on Lake Muskoka, purchased in 2013. “We’re on an island,” says  one of the busy Ottawa-based homeowners, “so getting things in and out is really cumbersome.” And cumbersome was not on the agenda for the summer refuge she and her husband wanted for themselves and their three kids, aged 8 to 13.

Fortunately, the 1972-built cottage was well-kept, so aside from replacing the carpeted floors with more practical pine planks and giving the kitchen a facelift, the family embraced the cedar structure as it was. They also made use of the many furnishings and accessories left behind by the previous owners, but they transformed them with generous coats of white paint. “That much wood is really busy,” explains the homeowner, who painted everything from the dark cherry kitchen cabinets to the honey-hued pine dressers to tone things down.

Building on the serene scene, the family stuck to a grey-scale palette when furnishing the main living zones; in place of strong hues, they played with texture, emphasizing all things natural like sheepskin throws and driftwood. But colour makes  a cameo in the kids’ rooms, as do special homespun touches. “At the cottage you can take more risks,” says the homeowner of the bold blue DIY stencilled canvas headboard in one room. “If it doesn’t work out, well, it’s just a cottage.” That’s a laid-back attitude befitting lakeside living. 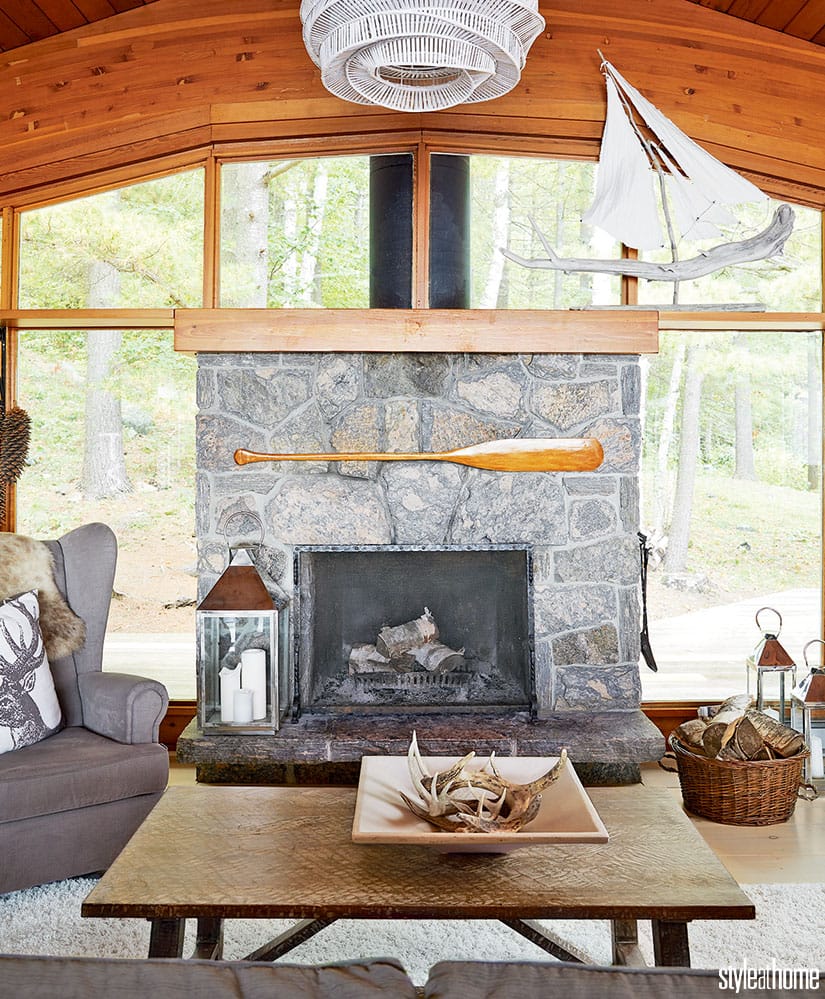 To create a relaxing feel, the main living areas were kept neutral, but the kids’ bedrooms are animated with hues. The nautical theme in the boys’ zone (opposite, top left), inspired by a model sailboat left by the previous owners,  is reinforced by red and blue accessories. Meanwhile, the girl’s room (opposite, bottom right) celebrates blue and white patterns. 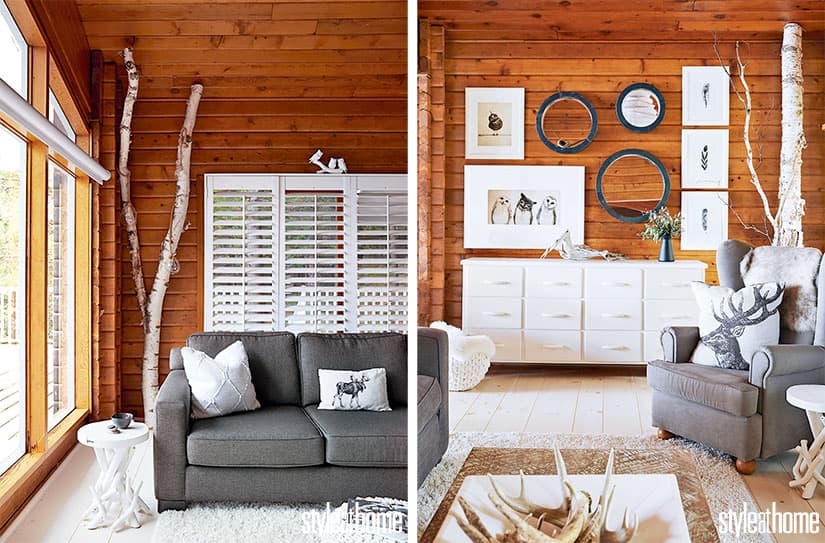 “The kids love animals,” says the homeowner, adding that the woodland theme evolved naturally. Propped in the corner, a birch trunk cut on site fits right in. 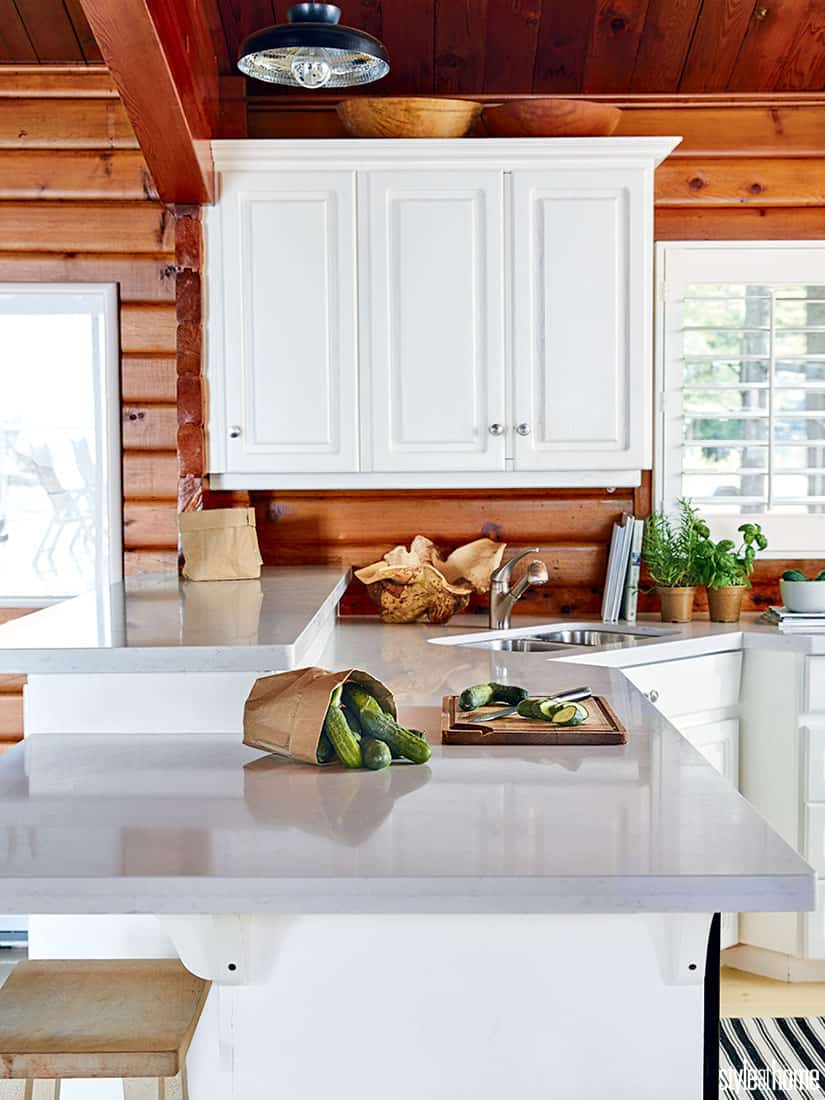 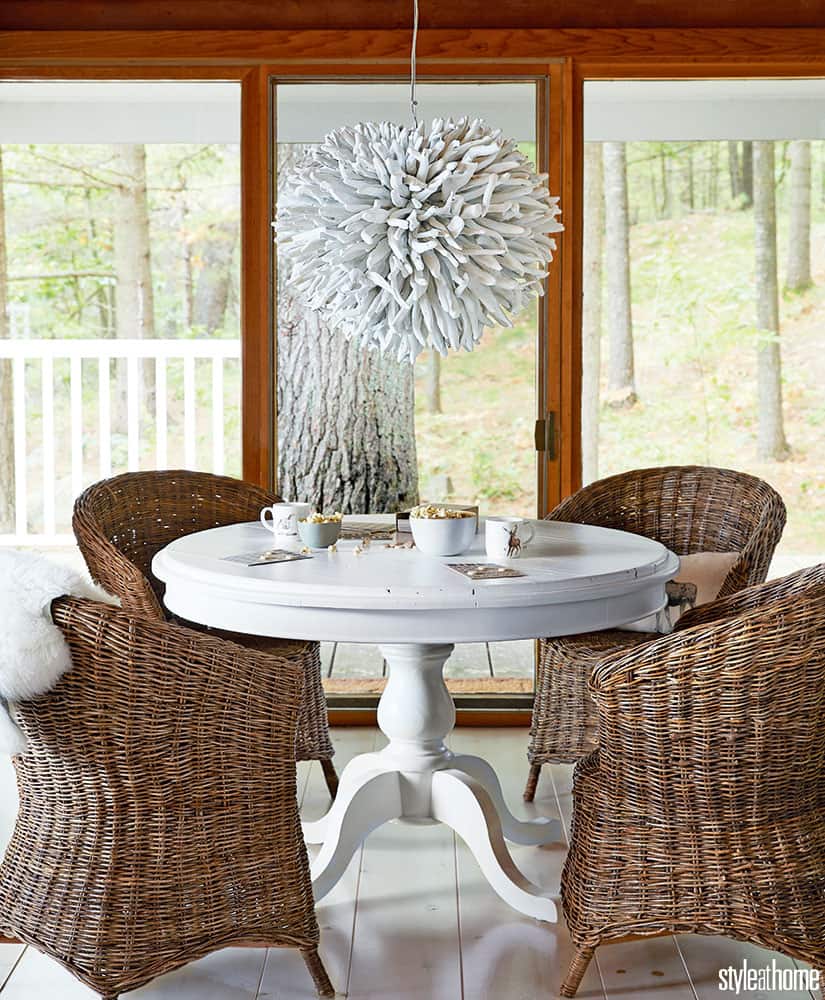 Cedar grove views, laid-back furniture and a playful twig chandelier define the peaceful games room of this cottage on Browning Island in Bracebridge, Ont., which sees many a family bingo game. 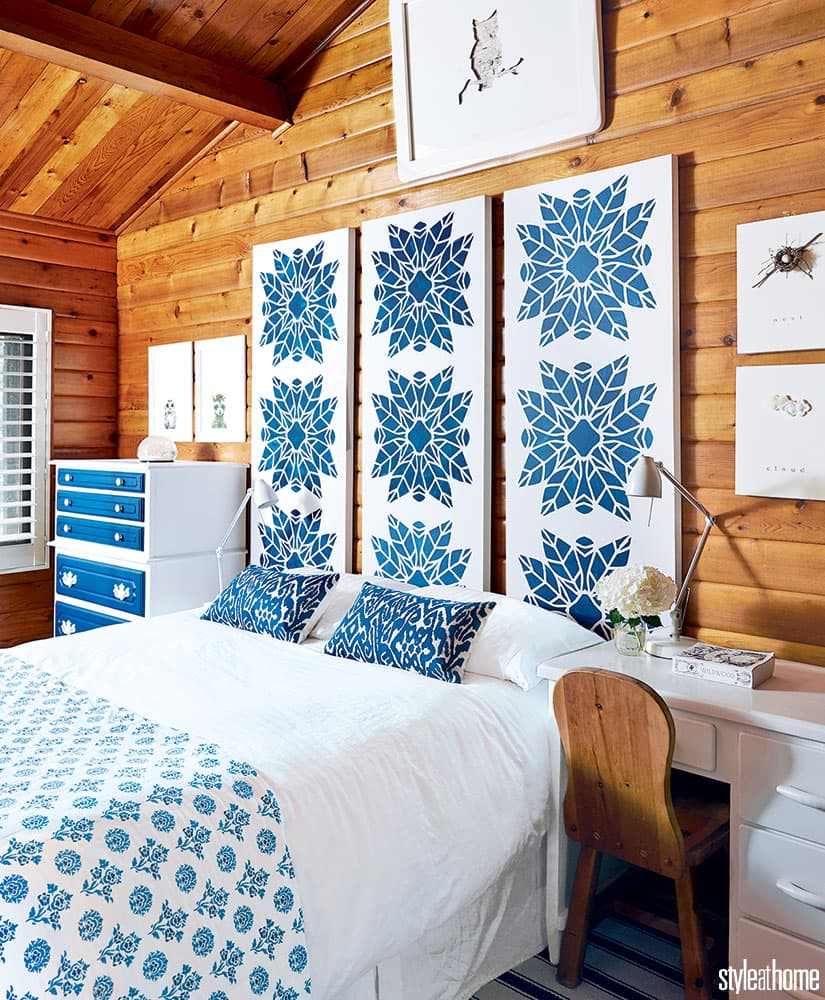 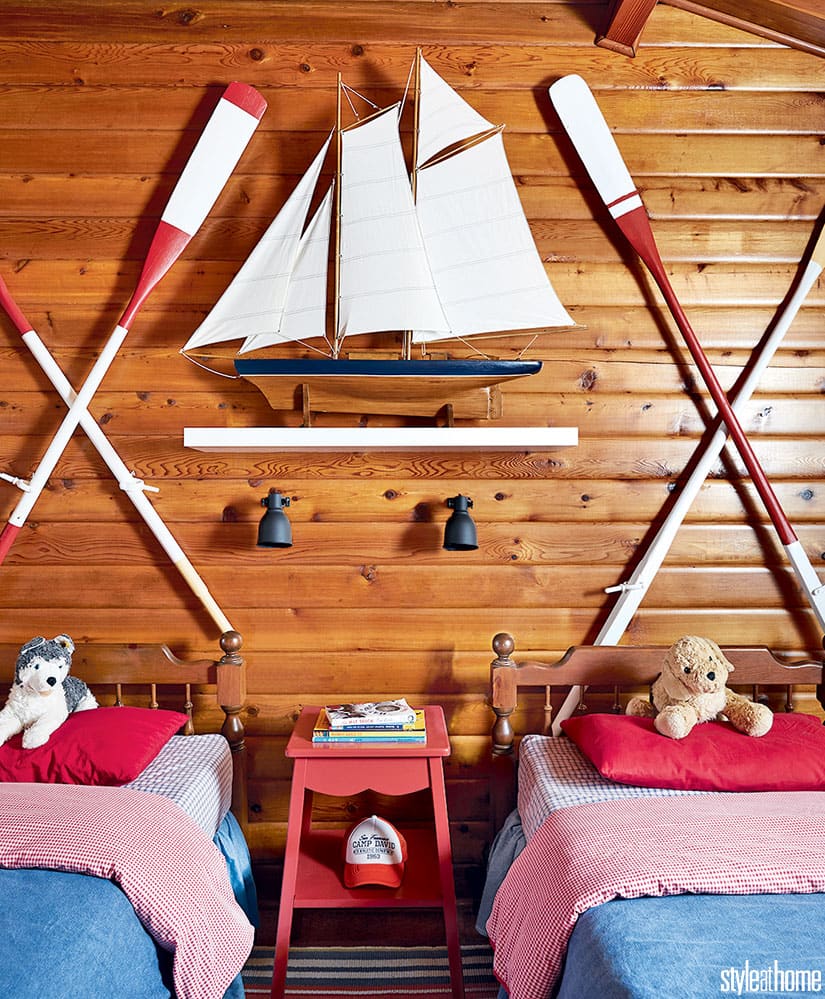 Here, five easy ways to make a cottage your own:

1 Pick Paint
This cabin came with some furniture and accessories, such as picture frames, but most did not suit the homeowners’ calm vision. Rather than replacing them, they simply painted them white.

2 Reimagine it
Old paddleboat oars become nostalgic art when hung on the wall, while a bedroom dresser stands in for a living room console.

3 Love what you have
The homeowners liked many of the existing features, such as the cabin’s exterior, so they left them unchanged.

4 Nature nurture
Elements from the property hold pride of place inside, including the trunks of birch trees that had to be cut down.

A quintessential Canadian cottage in Muskoka