A modern makeover enhances the traditional bones of this exquisite Montreal home.

In real estate, as in love, it's often when you're not looking for something that you find it. This was the case for Sabrina Narbonne. Searching online house listings for friends, she happened upon an inspiring older home in a great Montreal neighbourhood. “It was in rough shape, with an old oil furnace and small closed-off rooms that felt suffocating,” she recalls. “But still, there was something about it that clicked for me. And the backyard was a real hidden gem — very private.” It was the first house she looked at, and she ended up buying it for herself.

Even though Sabrina hoped for a bright contemporary space, the 1,600-square-foot home (which she now shares with partner Caroline Paré) had original mouldings and traditional details that gave it a sense of history that appealed to her. When it came time for the inevitable reno, she turned to La Shed Architecture, whose work she admired for its modern aesthetic.

“I wanted something out of the ordinary – something contemporary that respected the home’s traditional elements at the same time,” she says. The team at La Shed came up with a design that was clean-lined and open, and included an extension off the back of the house with floor-to-ceiling windows that flood the previously dark home with lots of natural light.

“The design plays up the contrast between black and white as well as old and new,” explains Renée Mailhot, one of the architects on the project. Many original features were left intact and juxtaposed with modern elements. For example, the staircase banister was kept in place, stripped and repainted white, while new black steel stair treads float within it. Doorway and window mouldings were also painstakingly restored and treated to a coat of crisp white paint (as were all walls).

The black and white scheme carries into the kitchen, which was inspired by a photograph of an all-white kitchen Sabrina loved. “It was so minimal that it was probably ridiculously impractical,” she says with a laugh. “But the La Shed team took this idea and created a modern yet truly functional kitchen. The working parts are very hard to detect.”

The fresh design successfully marries the old with the new, providing a sunlit serene and modern living space that fulfills all of Sabrina’s wishes. 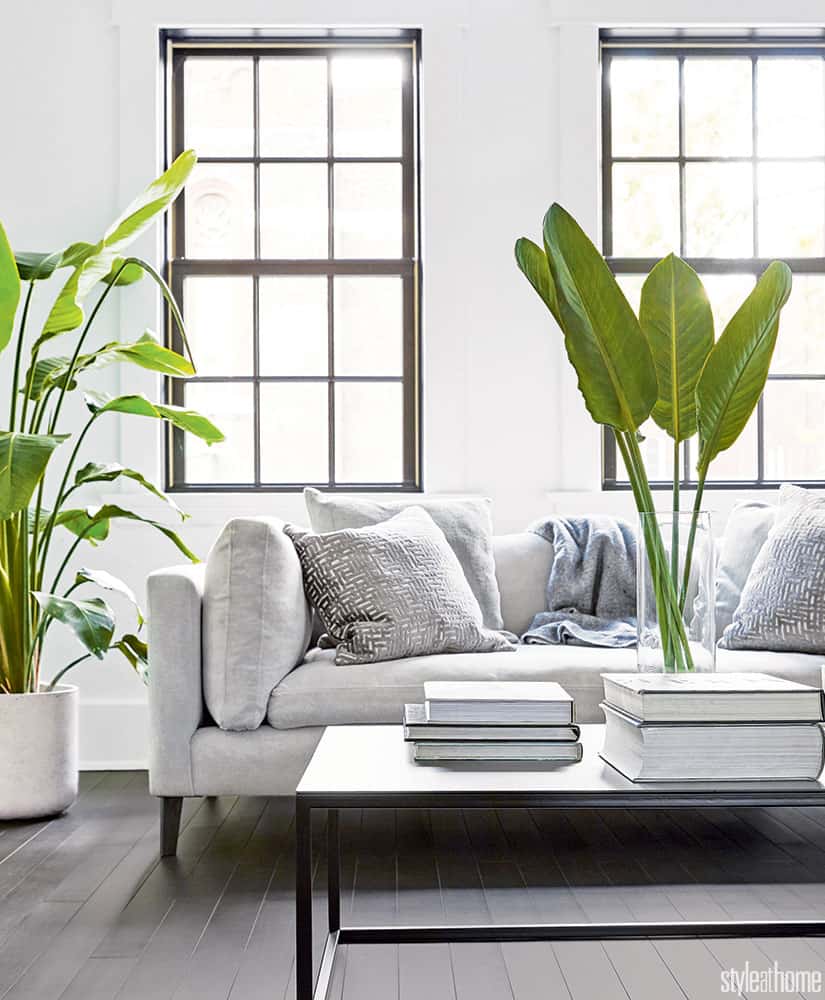 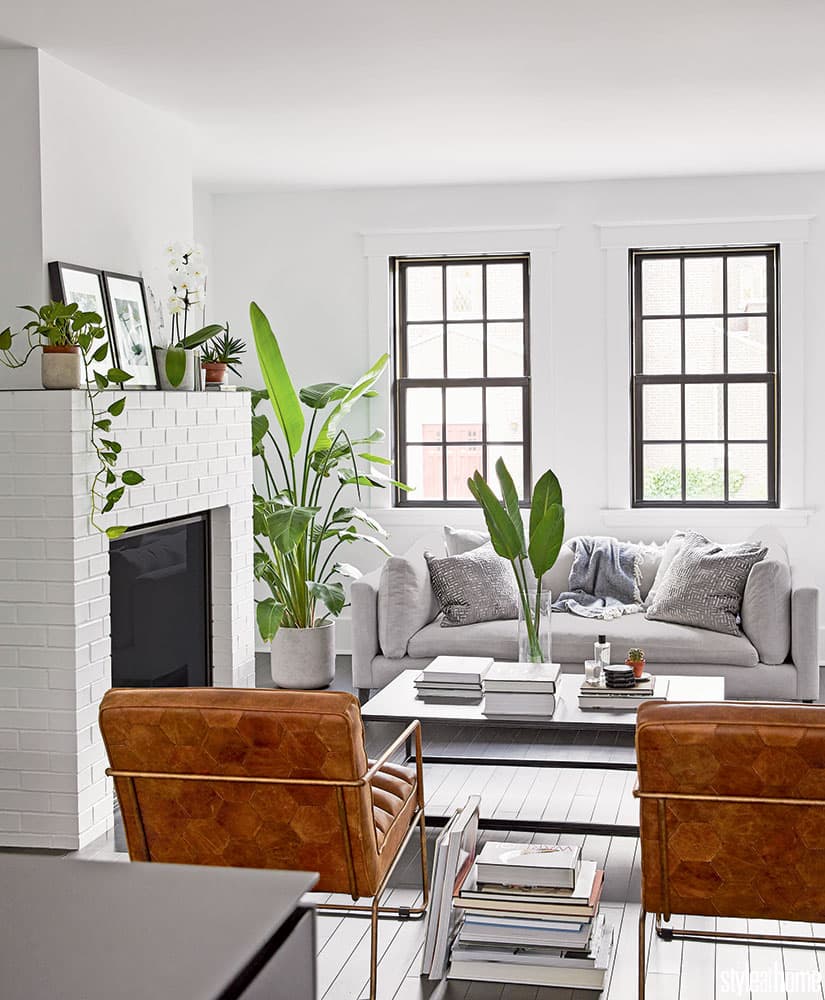 The living room’s clean-lined modern furnishings, such as the Montreal-made coffee table, keep the focus on the architectural design. The home’s traditional windows were replaced with black-framed ones in the same style. 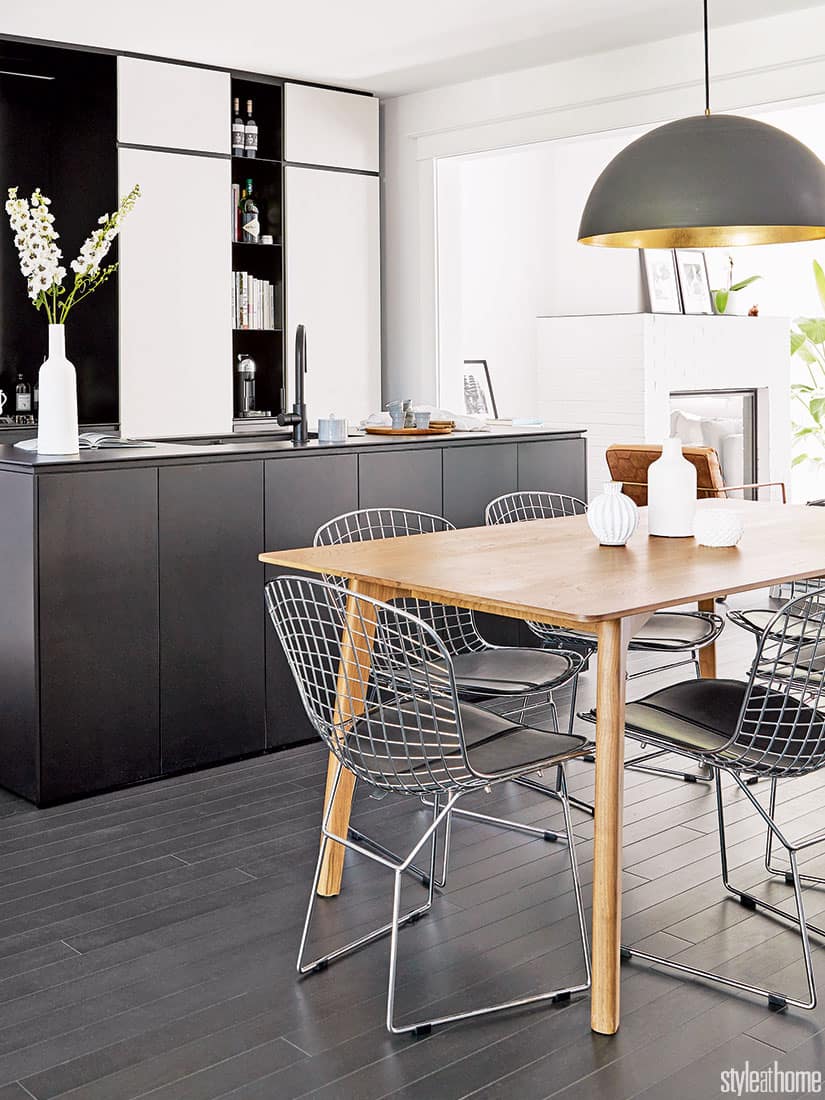 Homeowner Sabrina Narbonne had some walnut furniture she wanted to integrate into the newly designed interior, such as this locally made dining table. The striking light fixture is also from a Montreal company. 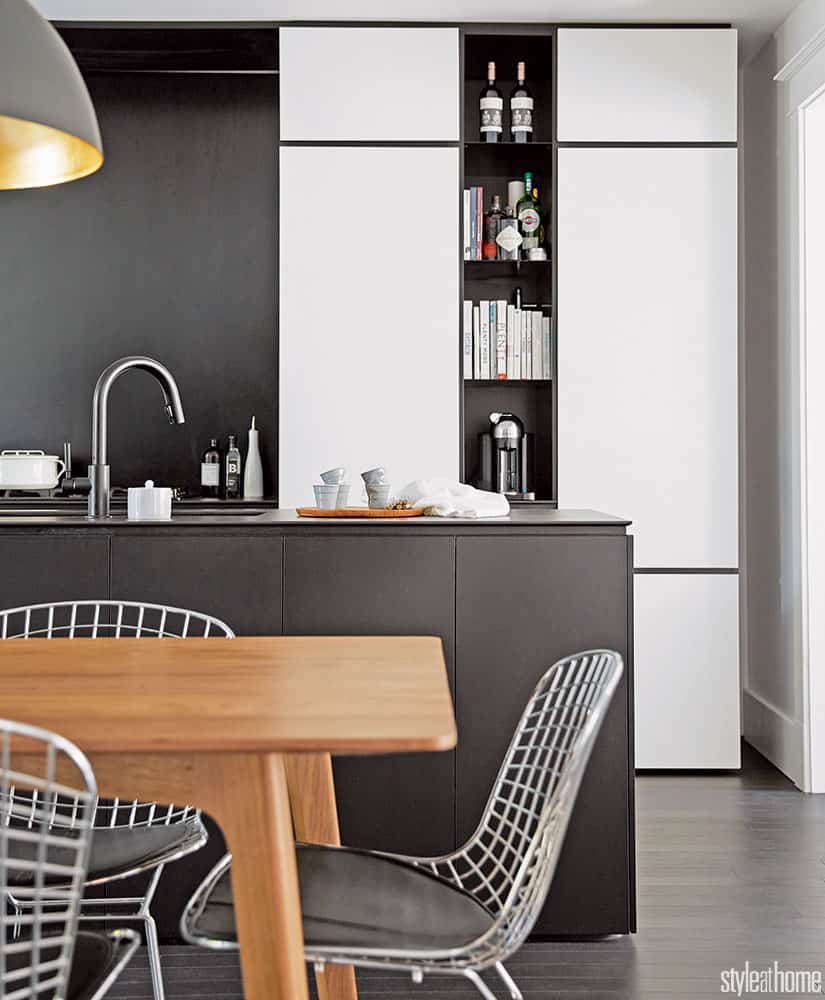 Black steel forms the backsplash above the stove, and the engineered stone countertops are seamless and virtually indestructible. “You can barely detect any of the functional parts of the kitchen,” says Sabrina, who wanted the space to appear as minimal as possible. 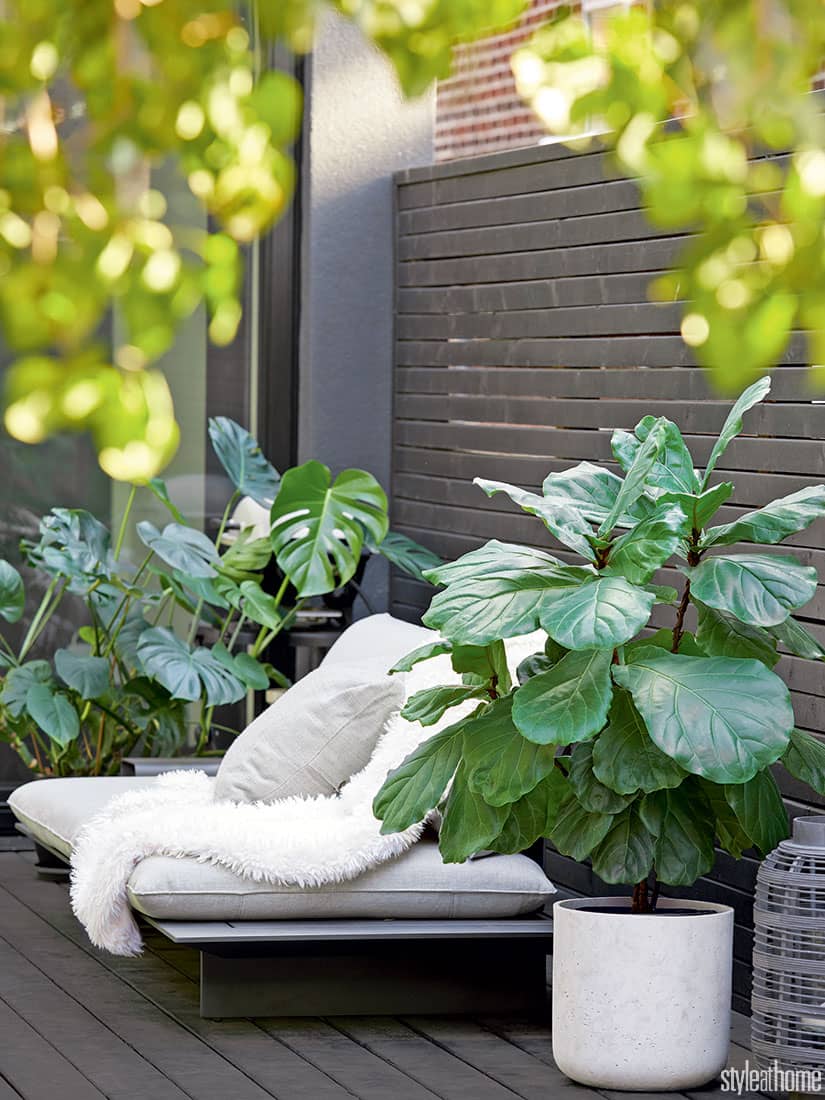 A lounge area on the deck takes advantage of the shade, while lush leafy plants bring the garden close to the house. 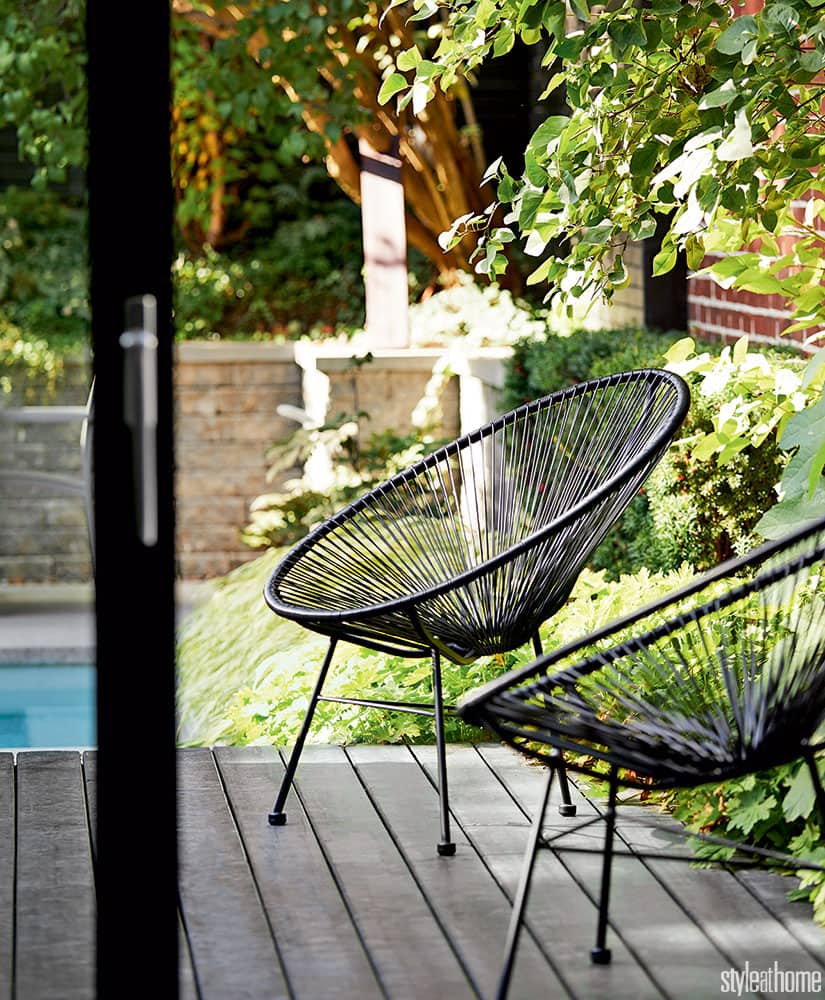 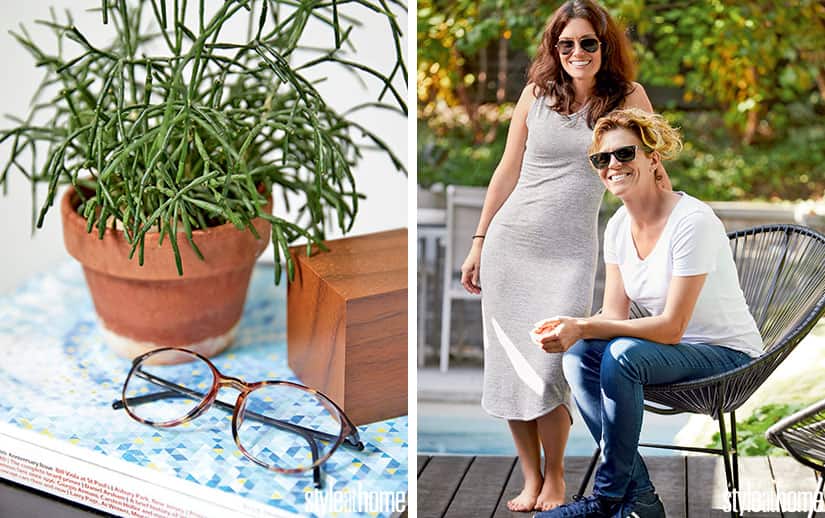 The red brick wall of a neighbouring garage, plus a tall fence that backs onto an often-empty schoolyard beyond, make the backyard a tranquil secluded spot for Sabrina (standing) and her partner, Caroline Paré. 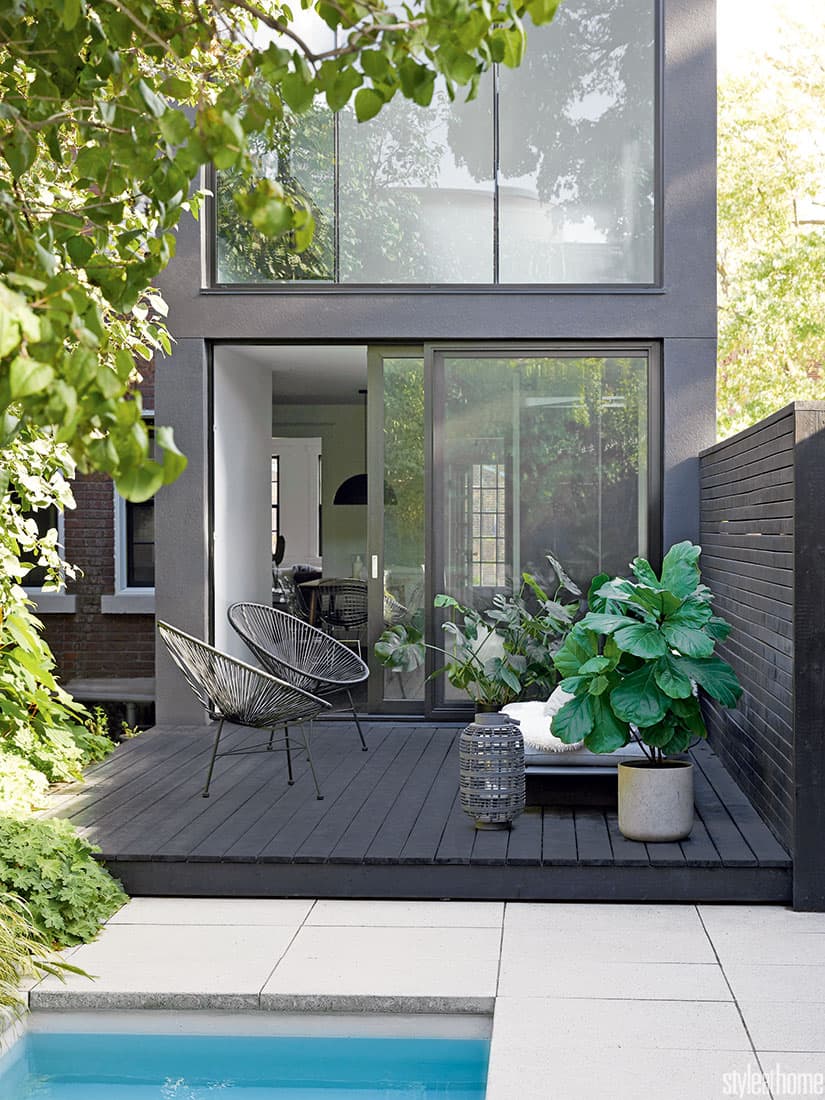 The addition on the back of the house is a study in simplicity. Its deck acts as an extension of the interior living space in the warmer months. 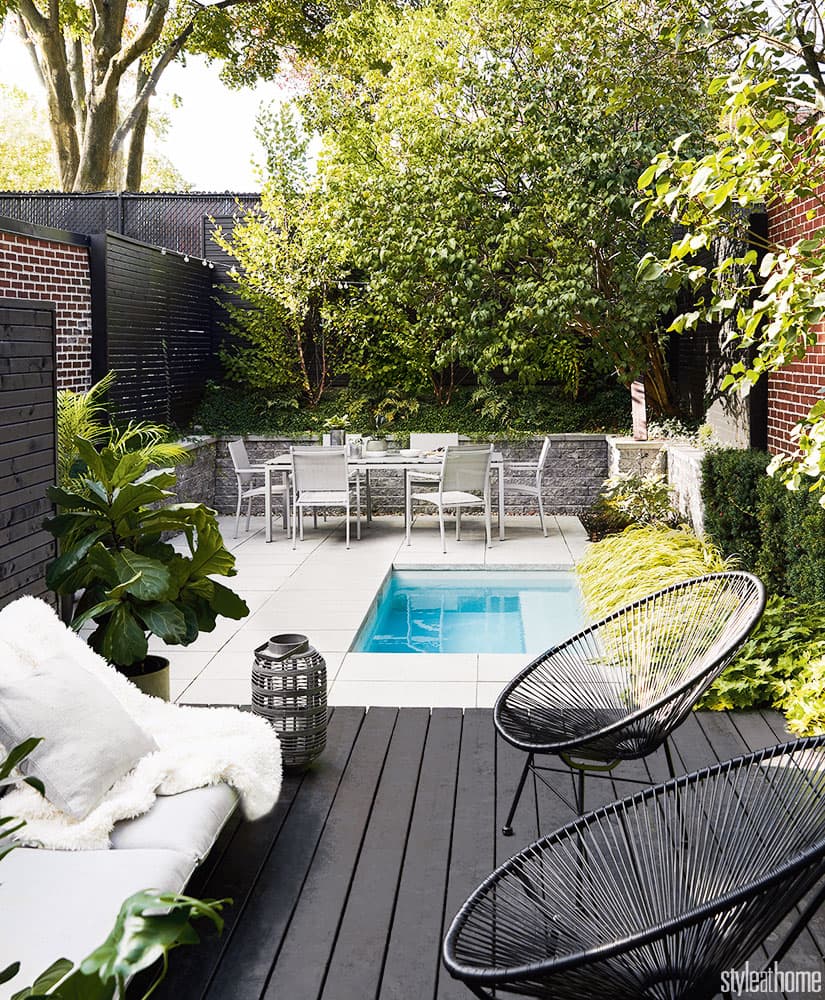 The petite pool is perfect for a quick plunge on a hot summer day, and its rectangular shape complements the outdoor space’s linear forms.

An old Montreal home gets a clean-lined, open design update