When it comes to cottage style, having the latest finishes and fanciest fabrics is nice, sure – but embracing tradition and family togetherness is even better.


It’s not the size of the cottage that counts – or the luxury. Cottage living is all about spending time with family and friends, following tradition and building memories. A case in point is the homey 589- square-foot two-bedroom cottage in Ontario’s Kawartha Lakes that’s been in Style at Home editor-in-chief Erin McLaughlin’s family for generations.

Now owned by Erin’s elder sister, Alexis McLaughlin, the cottage was built in the 1940s by their late grandfather on land he bought and split in half with his best friend. It started as a simple one-room cabin, but over the next decade more space was added as comfort demanded and time and budget permitted. The finishes followed, including a dropped ceiling and linoleum floor (“This was the ’50s after all,” says Erin). In the late ’90s, Erin’s grandpa passed away, and her dad, a former architect, took over the cottage. He set about beautifying it by knocking down walls and stripping it back to the studs (au revoir, dropped ceiling and linoleum floor). And it was left like that – half renovated – for several years, until Alexis started spending summer vacations there with her husband, Hugues Gagnon, and their kids, Justin, 12, and Marieve, 10.

Alexis took up the cottage’s cause and turned to Erin – makeover maven and decorating diva – to bring it into fashion. Under the sisters, the rustic (“even ramshackle,” says Erin with a laugh) cottage saw its rebirth from dark and dank into a gleaming white post-and-plank place bathed in light. The decor itself was pared back to the basics. “We got rid of the superfluous stuff and kept the items that mean the most, then we painted everything white,” says Erin. The sisters also placed particular importance on honouring the original quirks introduced by their grandpa: the mismatched window casings, the doors he made from scratch and the seams in the hardwood floors that reveal the old layout. “To me, this is the ultimate of what a cottage should be,” says Erin. “You can tell there’s something special here, even if you can’t name it.” 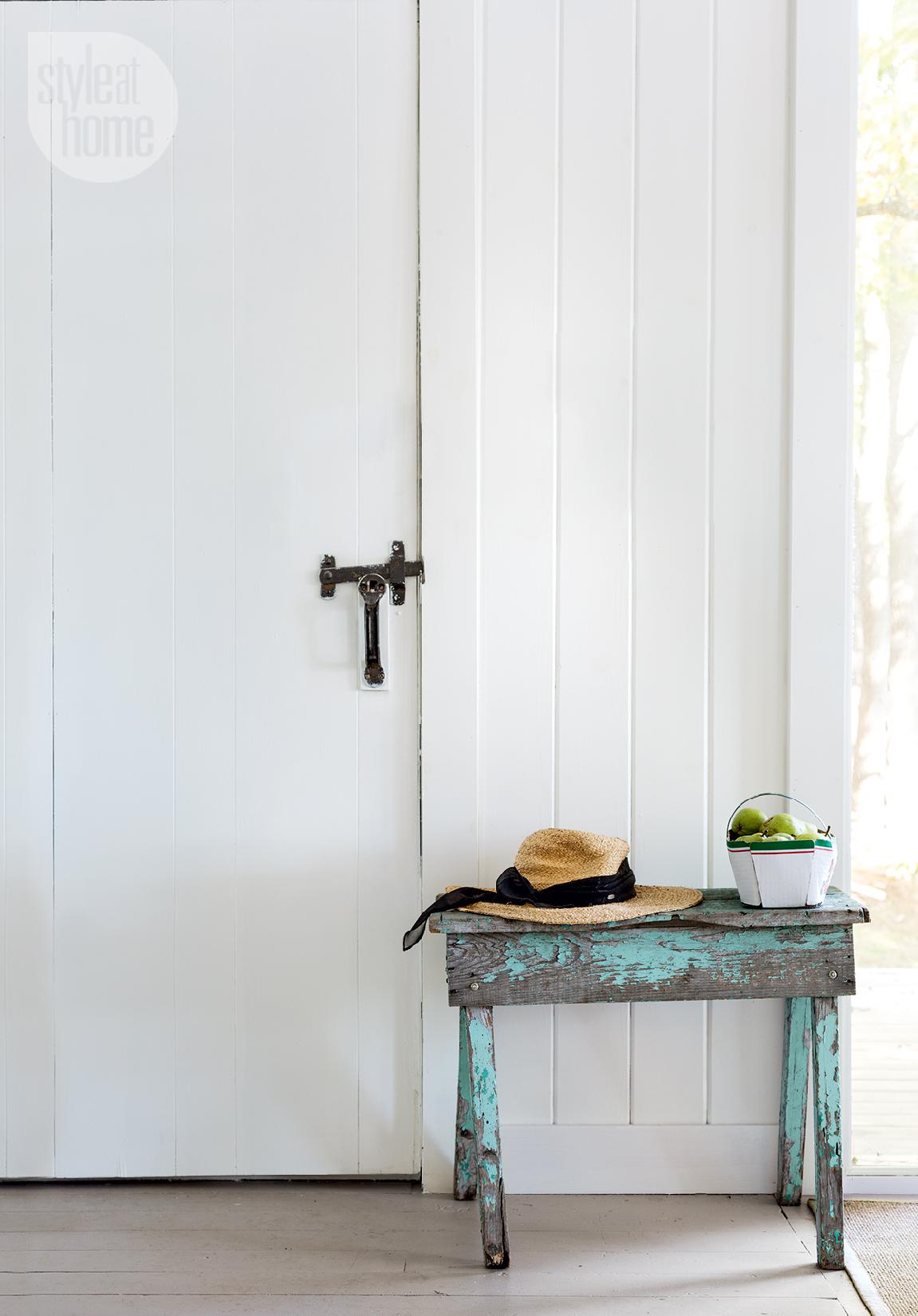 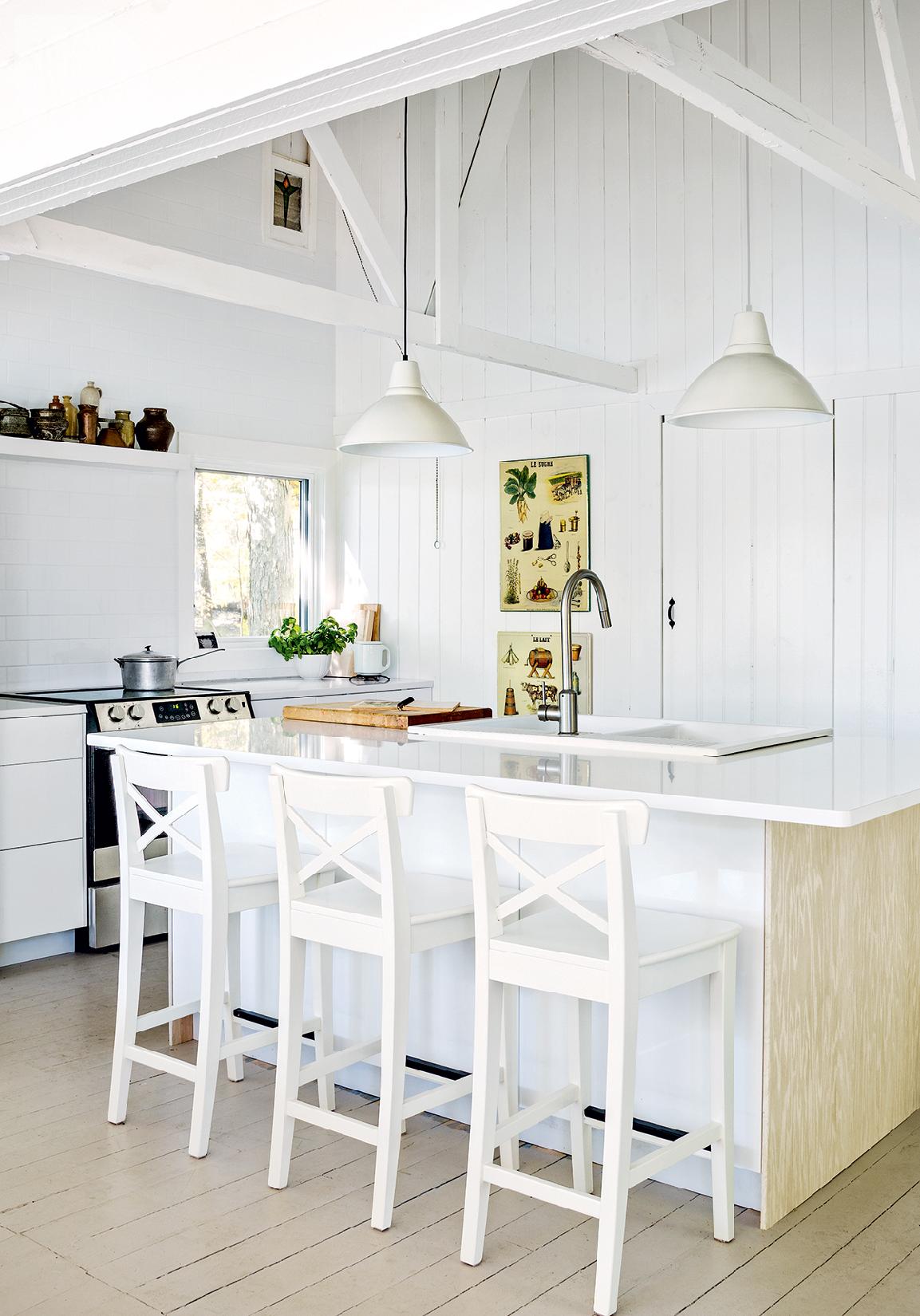 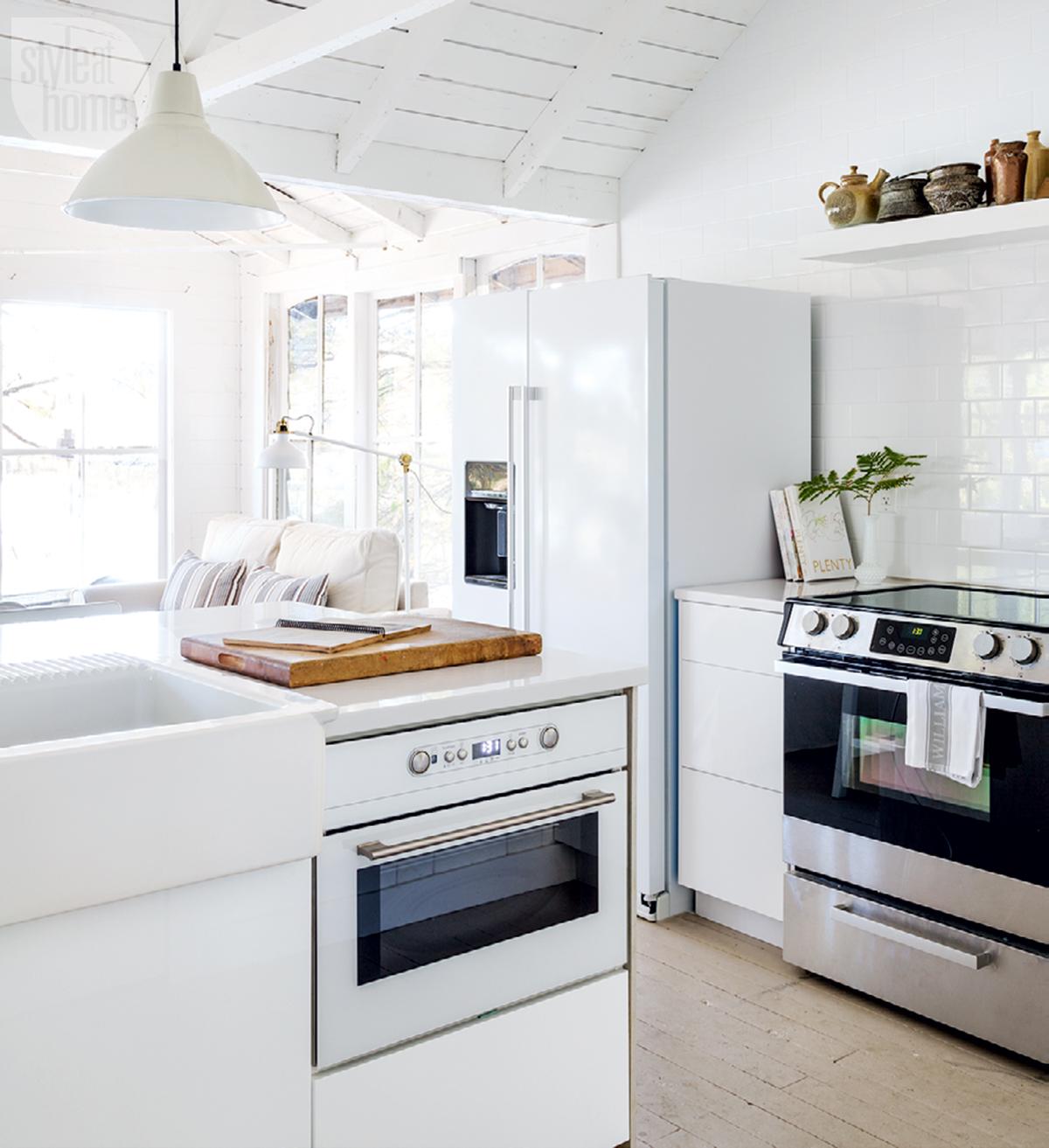 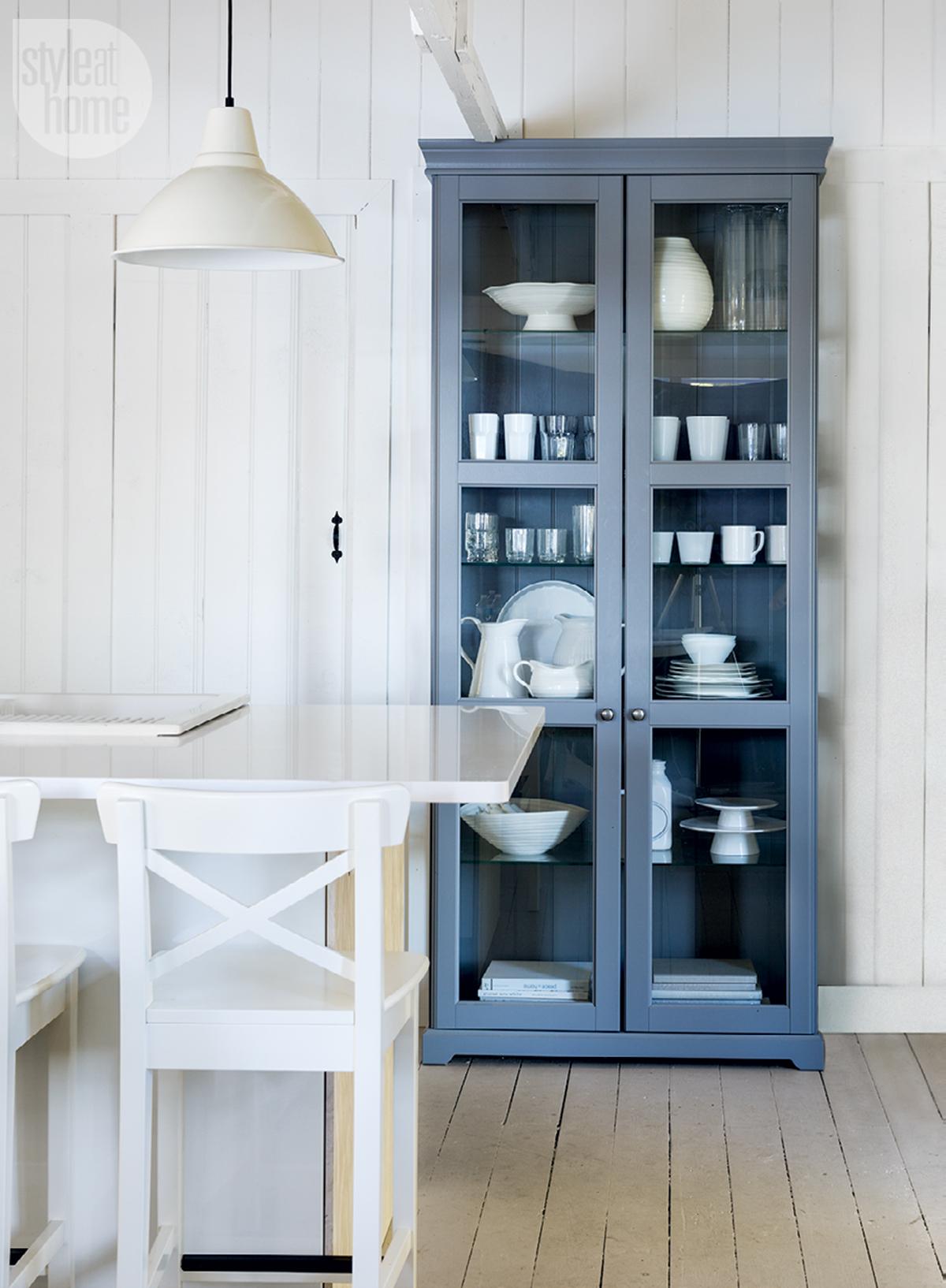 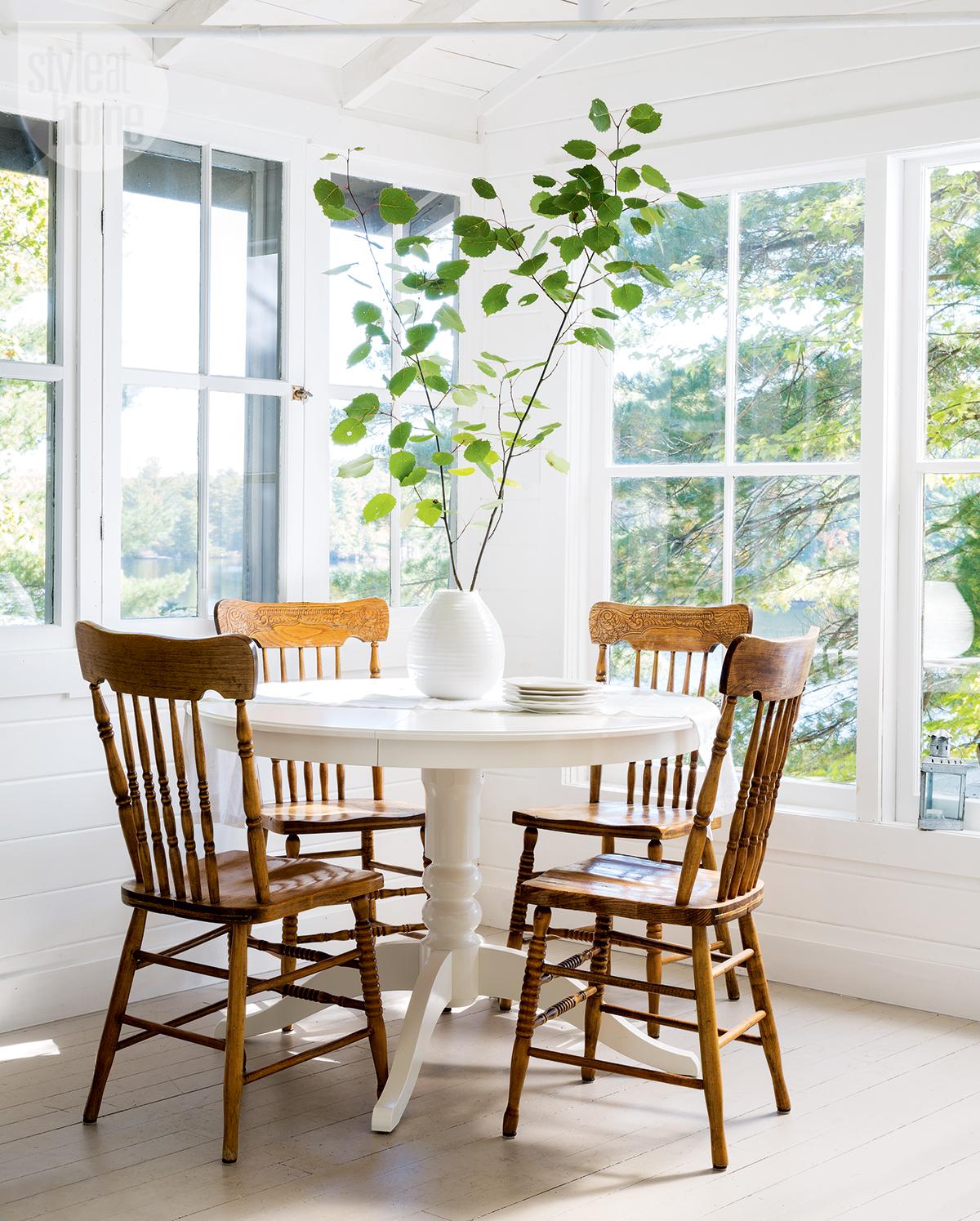 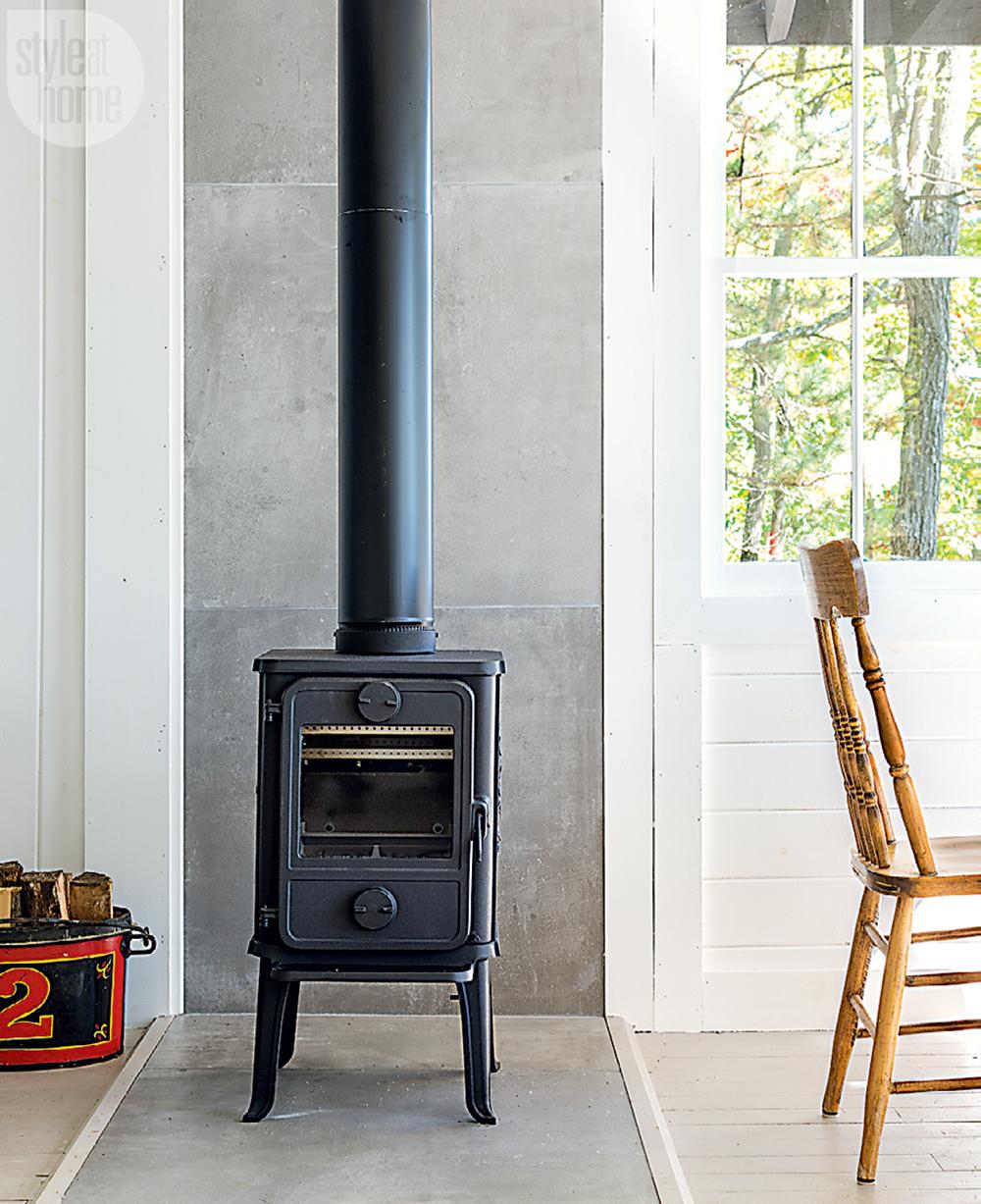 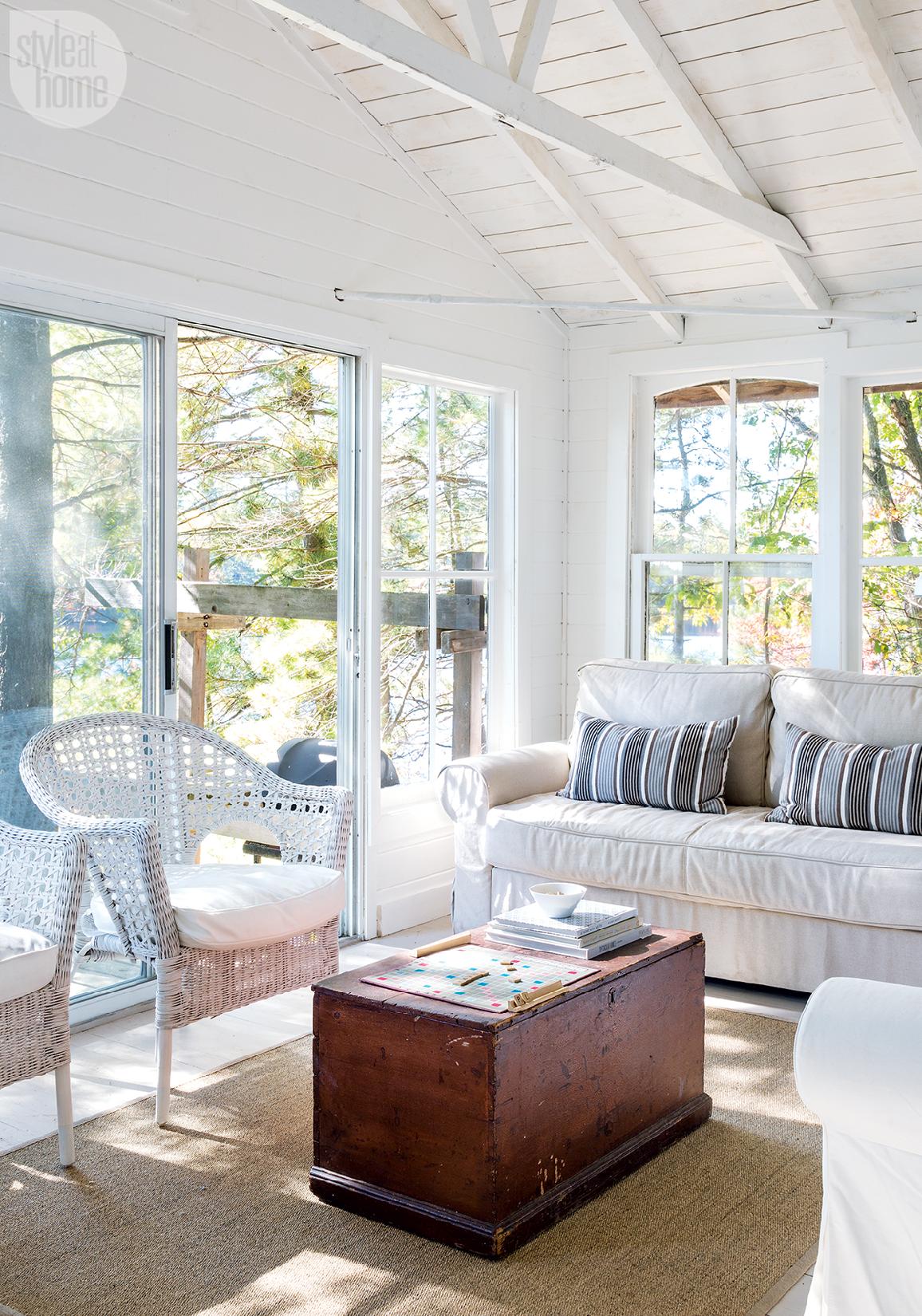 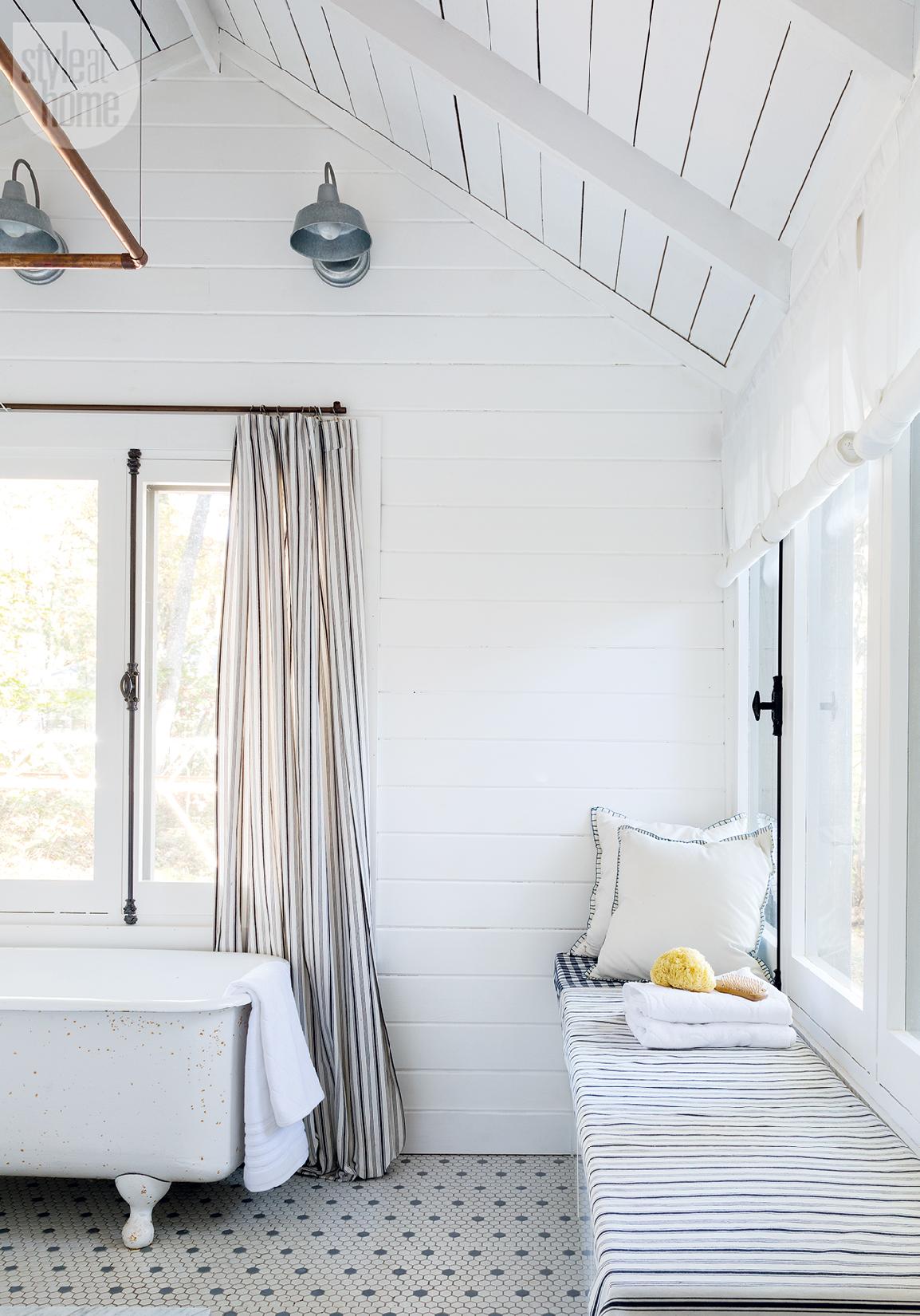 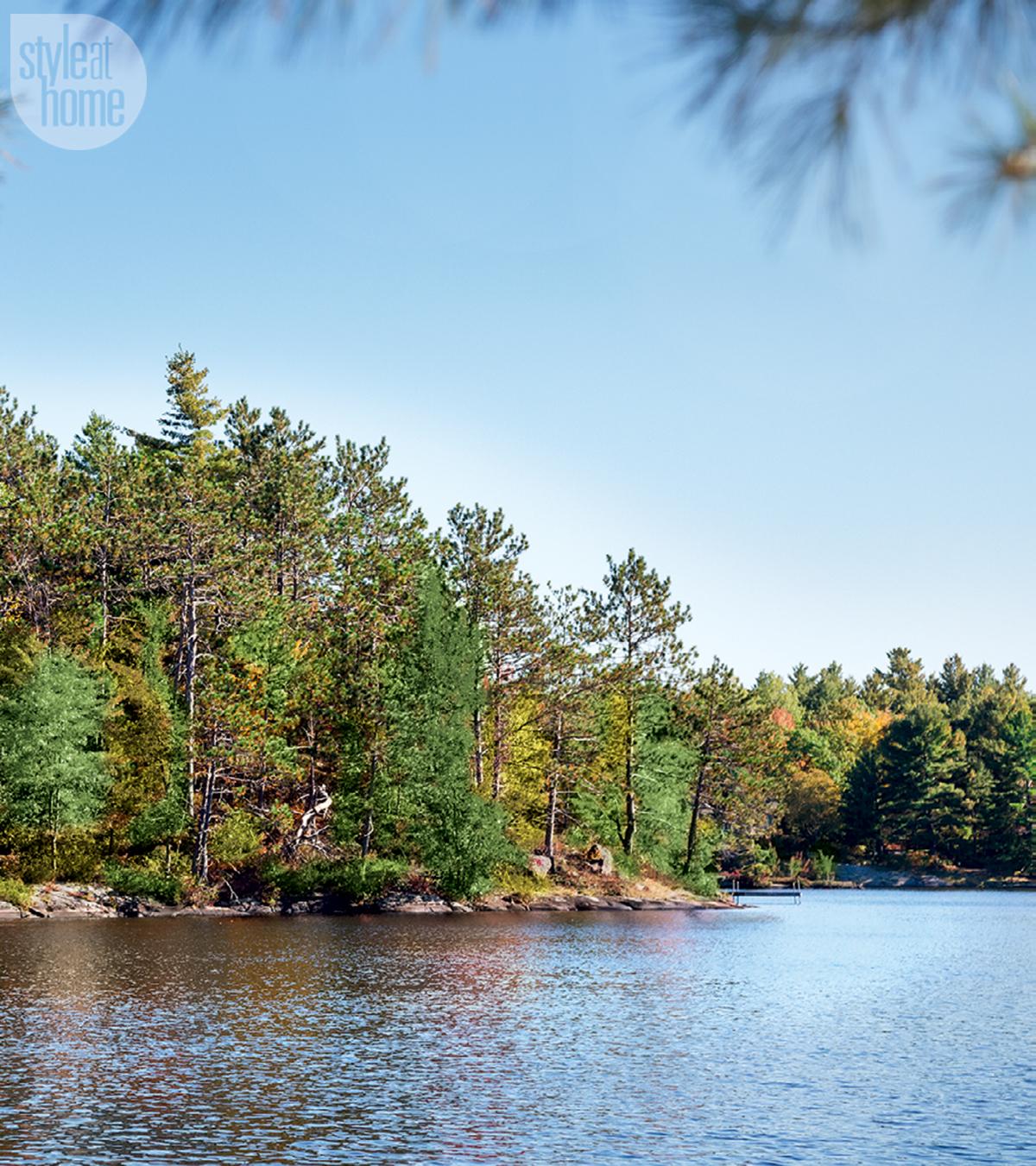 Determined to keep all the original doors made by her grandpa in her sister’s family cottage, Style at Home editor-in-chief Erin McLaughlin updated them with a coat of white paint. The weathered teal workbench was her grandpa’s as well.

Of course, the kitchen includes hallmarks of the family’s history: Above the range is Erin’s dad’s collection of vases, on the wall are vintage foodie prints that belonged to her stepmother (a former cook) and up high is a tiny stained-glass window installed by Erin’s grandfather (which can be opened using a quirky pulley system Erin kept in place).

Erin kept the kitchen really simple, letting the high-gloss white finishes increase the space’s brightness by bouncing light around. Though Erin and her sister Alexis McLaughlin bought a new range, microwave oven and fridge, the big heartbreak was that they couldn’t fit a dishwasher into the small space. Instead, a large farmhouse-style apron-front double sink offers a spot to share dishwashing duties.

A collection of glasses, vases and crisp white serveware displayed in a slate grey cabinet offers a quaint curated look that’s in keeping with the rest of the (almost) all-white cottage.

The light and airy dining area feels like a solarium when the sun is at its brightest. With huge windows showcasing the surrounding sylvan landscape, this room requires little in terms of decor.

Fireplaces are central to Canadian cottages because they extend their use into winter. The former stone fireplace wasn’t up to code, so Erin had it replaced with a cast iron stove (the smallest that she could find for the petite place) and selected large, square concrete-look porcelain tiles for the wall behind it.

Because they lost a bedroom in the reno, Erin incorporated a pullout sofa in the living area for an extra place to sleep on crowded weekends. With the original dropped ceiling removed, the peaked ceiling and beams are exposed to stunning effect. “It lends the illusion of space, even though the square footage is really minimal,” says Erin. “It also helps to circulate air.”

Alexis and Erin opted to sacrifice a bedroom for a full bathroom. The sisters saved money by transforming bed sheets into drapery and using a clawfoot tub from Erin’s old house. It’s difficult to envision that Erin, Alexis and their sister, Lindsay, slept in bunk beds in this small space well into their 20s!

The cottage is right on the waterfront, where Erin’s nephew and niece, Justin and Marieve Gagnon, love to swim and explore.