If every house has a story, this one features a happy ending the homeowners wrote themselves. But it wasn't without a few plot twists and turns along the way. It was 12 years ago that Laurie and Randy Phillips noticed a quaint cottage home in Delta, B.C., a beachside community near Vancouver, was for sale. "The property was two streets over from us, and we'd often walk by just to admire it," says Laurie. Within 24 hours of spotting the house for sale, they owned it. The plan? To renovate the cottage and imbue it with an eclectic look of mixed styles (from rustic farmhouse to industrial chic to Mid-Century Modern) that would honour the outdoors. And finish it all before they moved in with their son. However, when Randy, an electrician-turned-firefighter, started the demolition, the news was bad - as in, catastrophic. The cottage lacked a proper foundation, and little else could be brought up to code. Suddenly, the couple was left with no choice: They had to build a new house from the ground up. "The situation pushed us to do something we weren't ready to do," says Laurie. "But we realized we could create the kind of historic-looking home we love but couldn't afford in Vancouver."

The couple tackled the job themselves: Randy, who has experience in framing and construction, did nearly all the building himself; Laurie, who works in cosmetics and skincare and has an affinity for design, oversaw the interior. But before Laurie could get to her bulging inspiration files, the couple had to decide on the bones of the house. They settled on a blueprint for a 2,500-square-foot Craftsman-style home with three bedrooms and three bathrooms. And Laurie's vision for the exterior was unwavering - she wanted grey coloured cedar shake shingles with white trim. Her plan also included a stone patio for entertaining and a grassy area with Adirondack chairs for lounging in the backyard, since Vancouver's mild climate means the family can enjoy the outdoors for nine months of the year. Finally, it was time for Laurie to dig into the decor. Inspired by her natural surroundings and the home's exterior, Laurie carried the neutral palette throughout the entire house to create a seamless flow between the indoors and out. "I wanted a look that wouldn't date," she says. 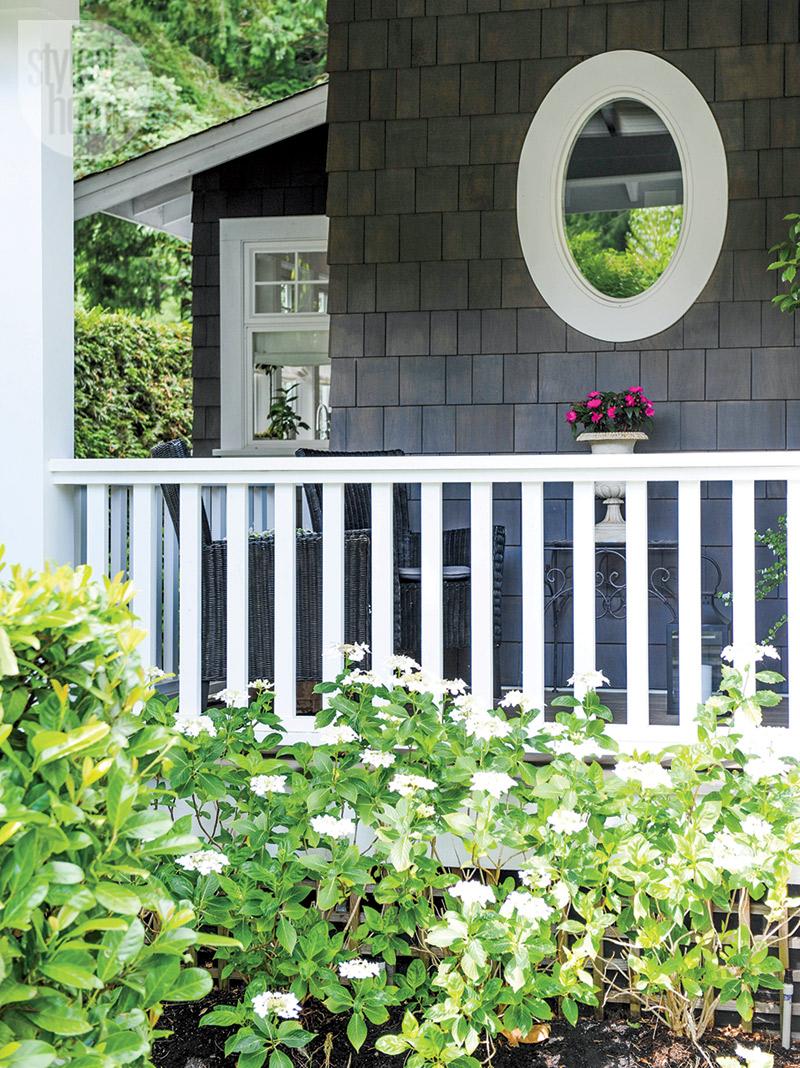 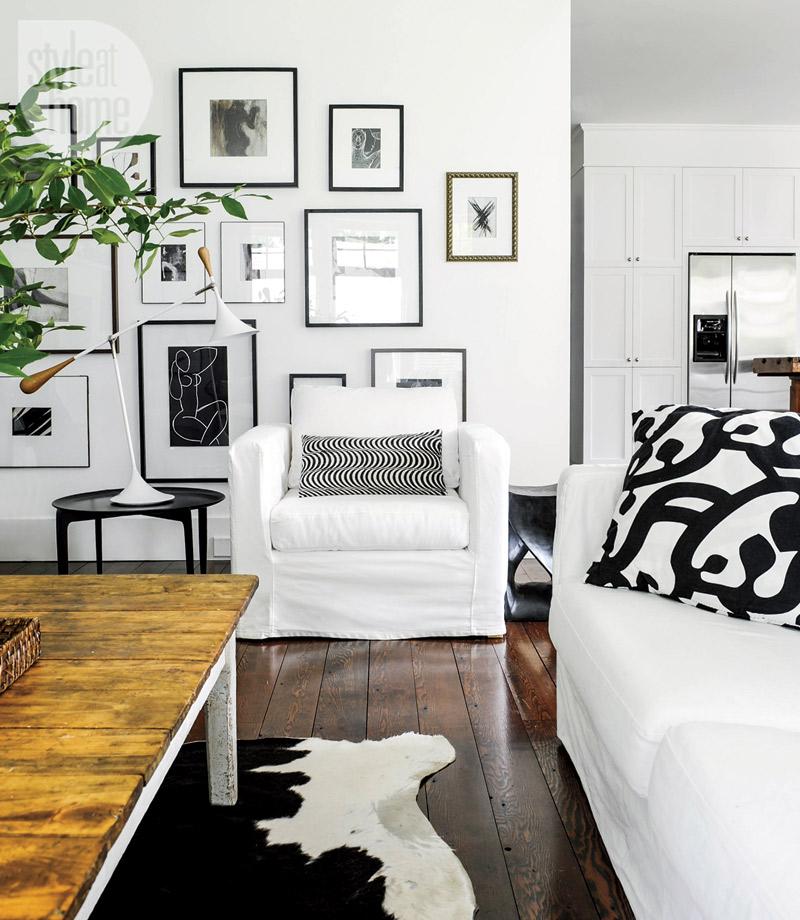 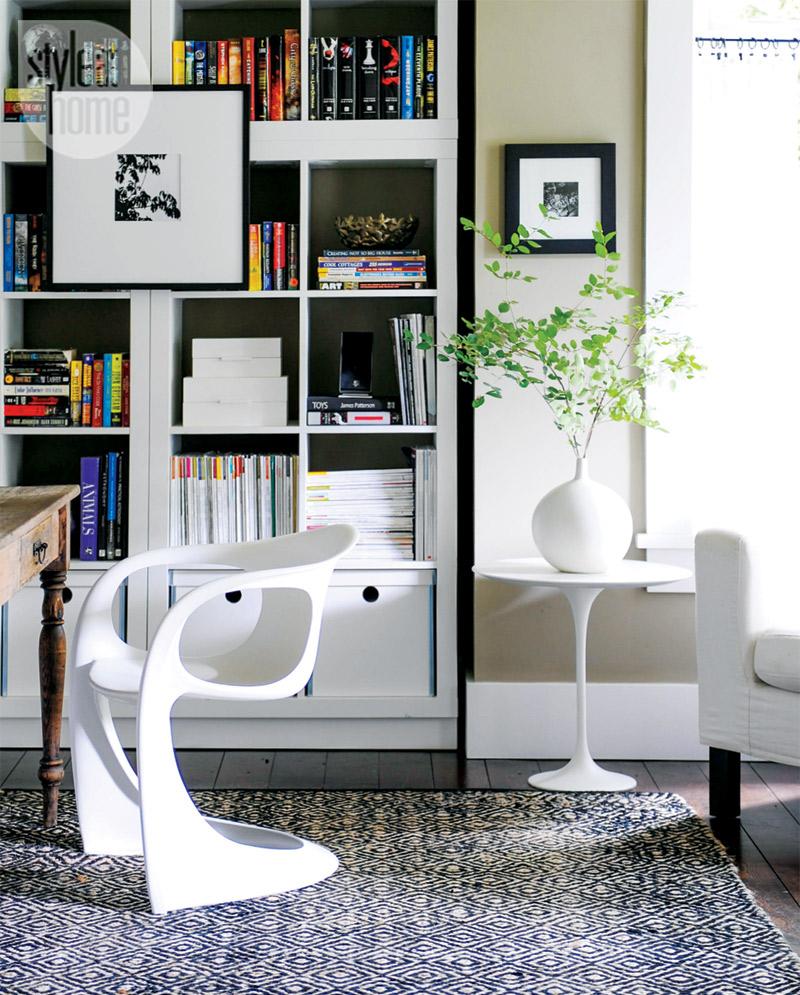 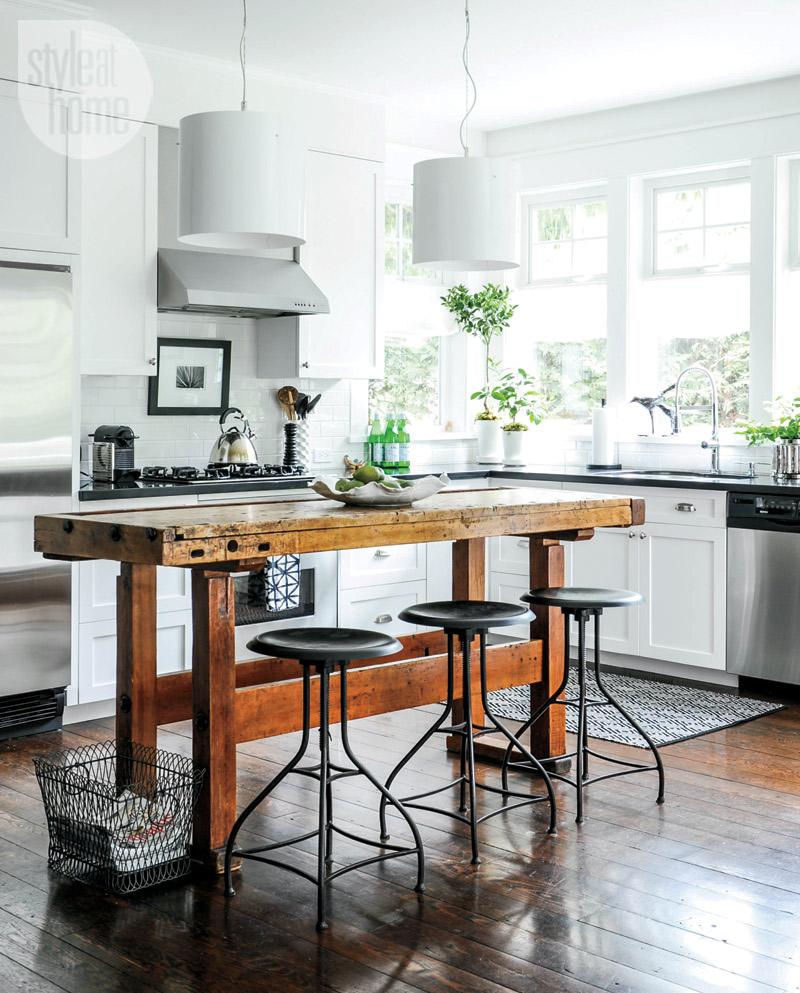 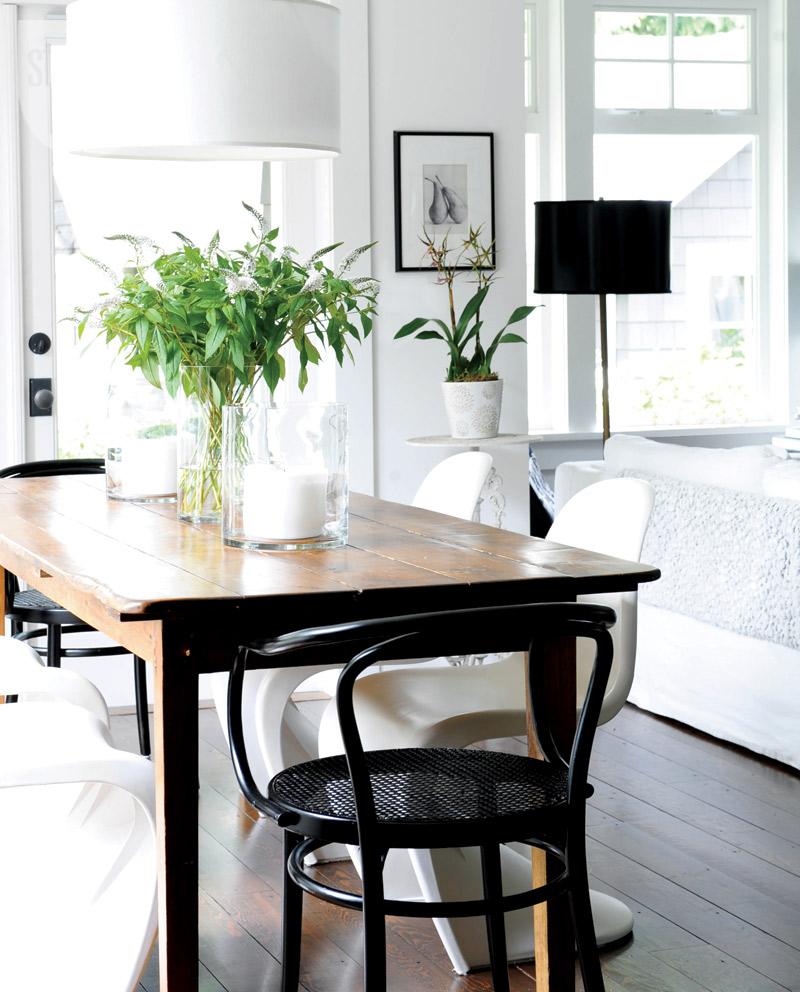 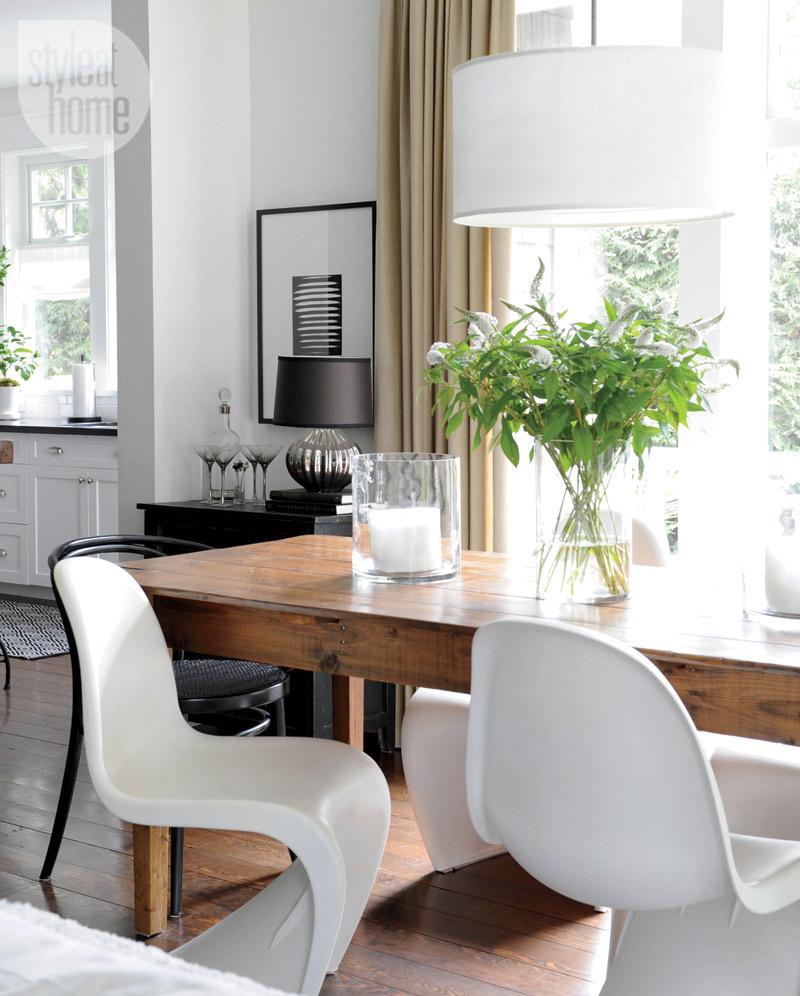 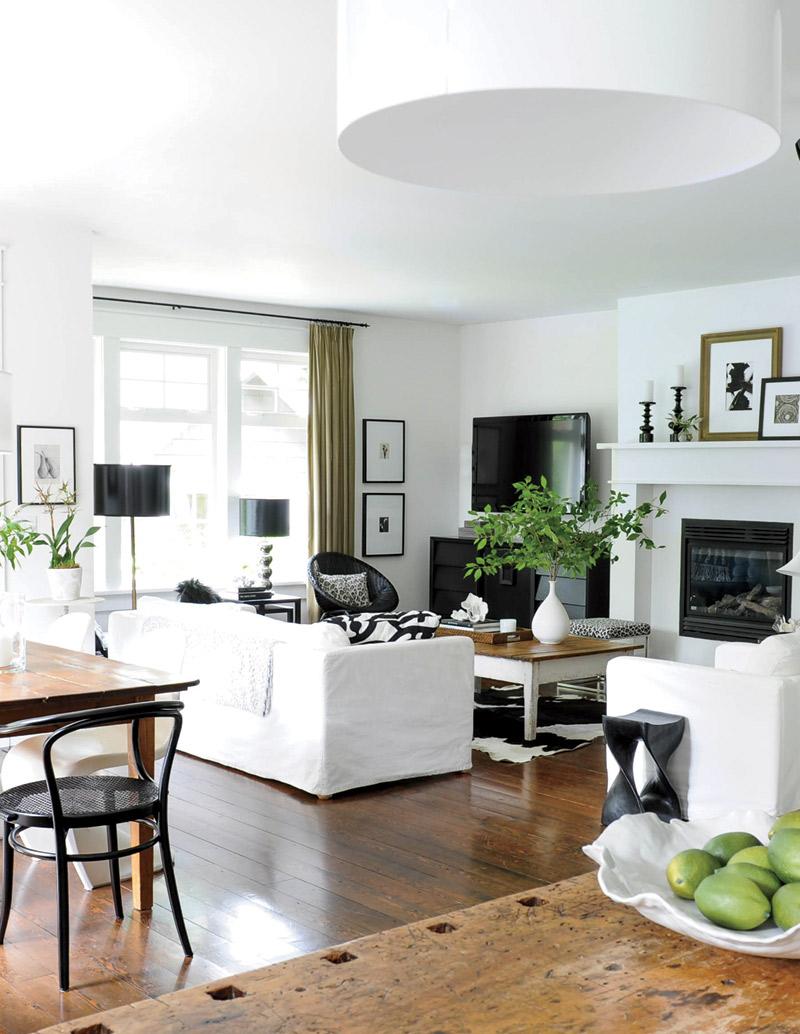 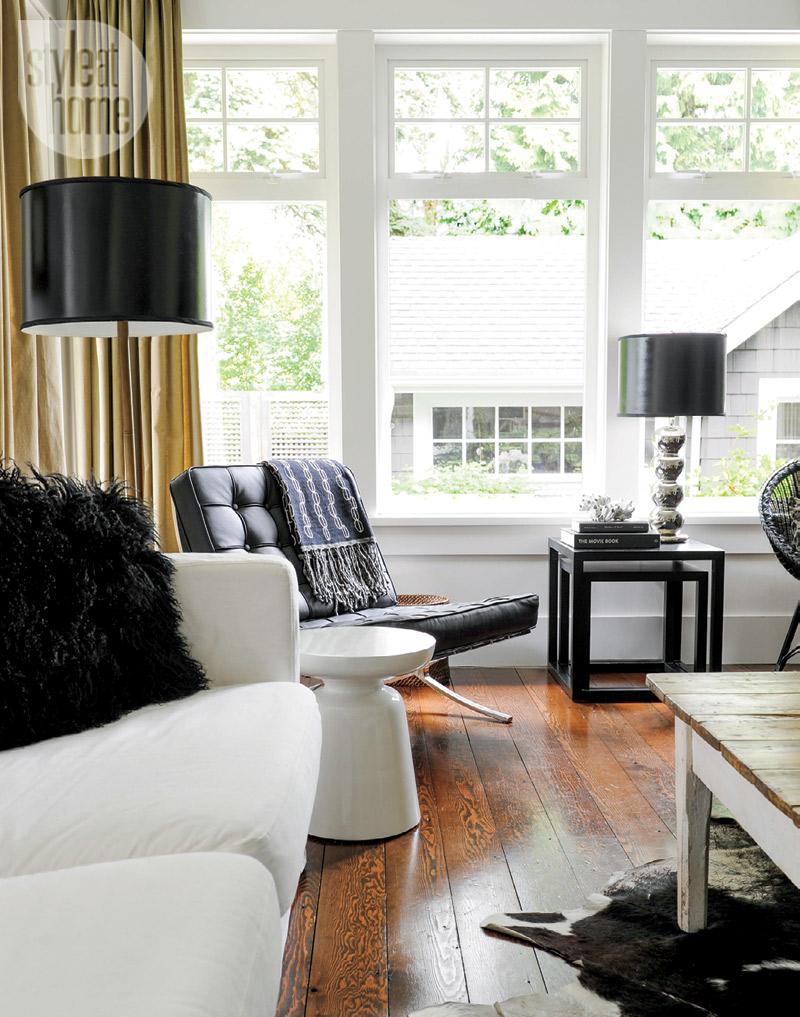 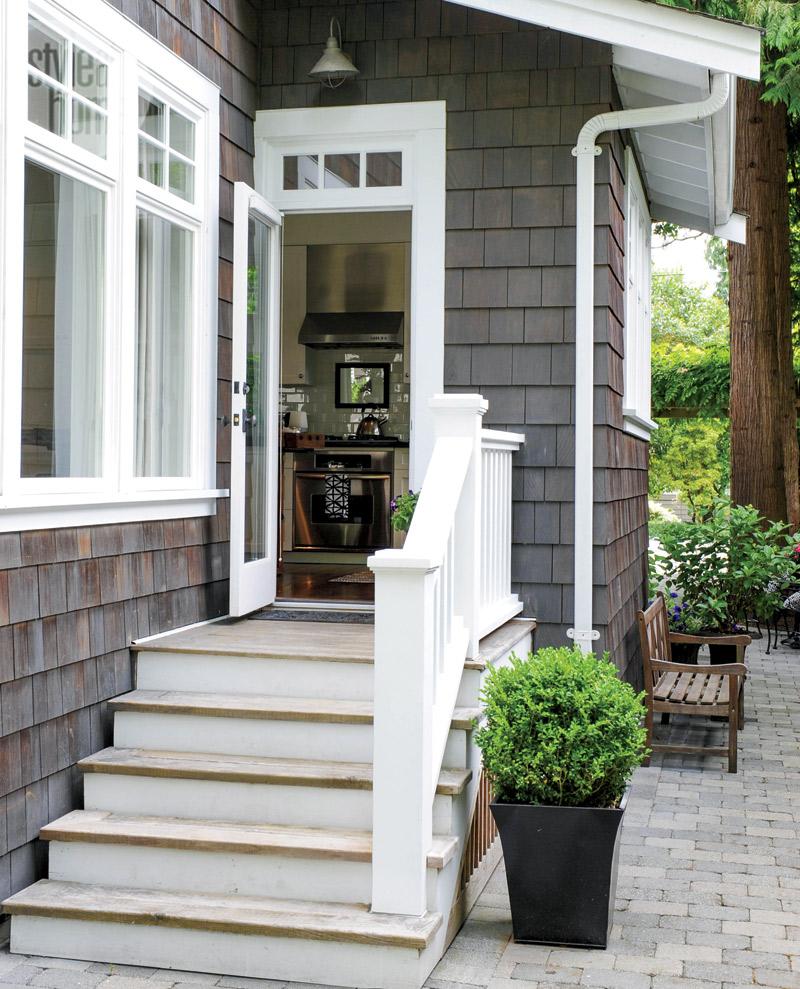 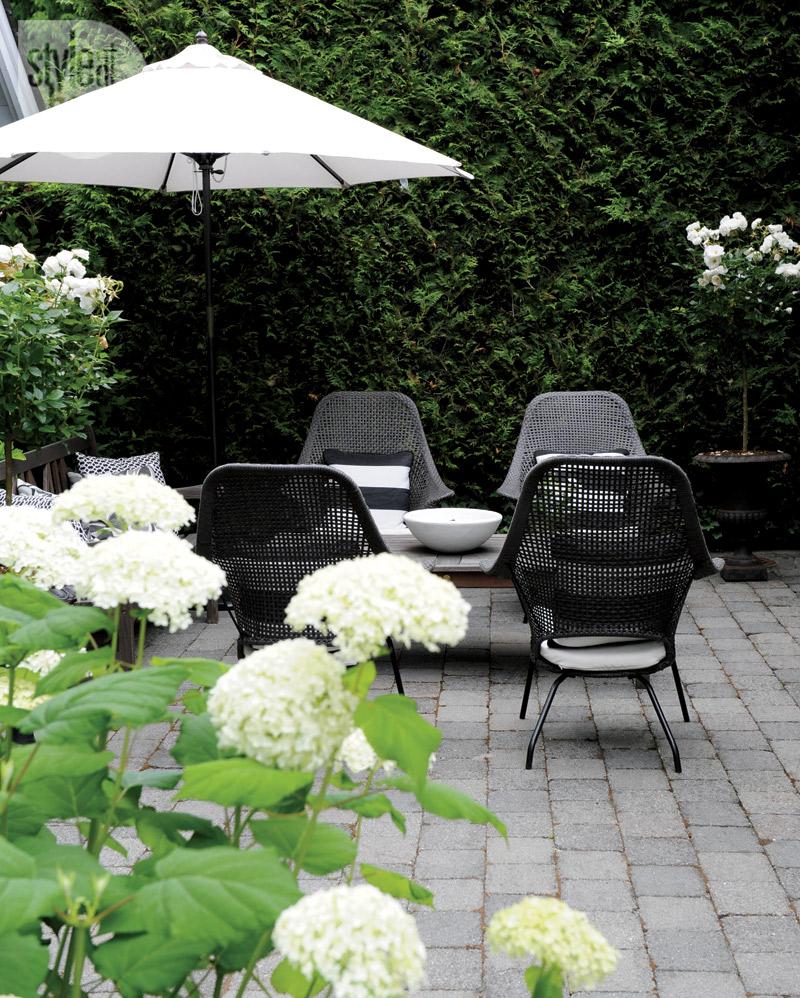 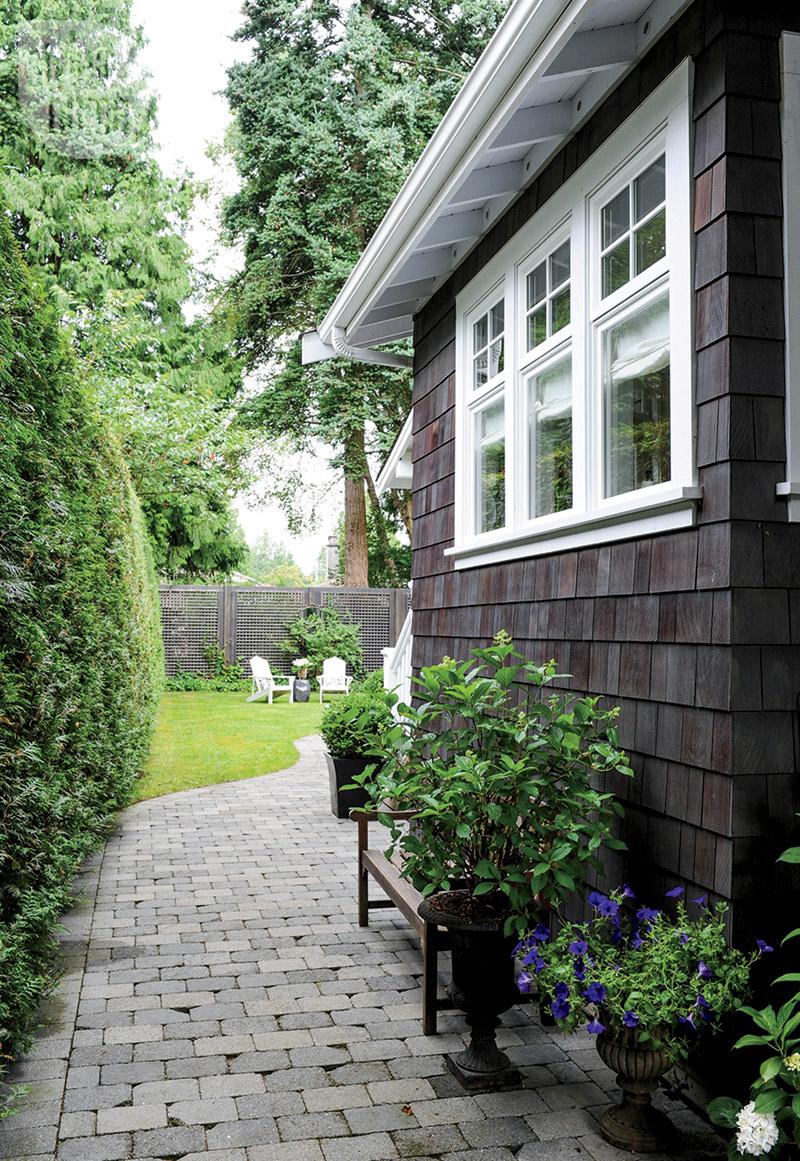 The oval window at the front of the house was a must for Laurie because of its beachy appeal. “It’s something I associate with the ocean,” she says.

A slipcovered armchair anchors a gallery wall of black and white artwork, some by Laurie and some bought online. The monochromatic palette gives the display cohesion, while the various sizes and finishes of the framed artwork keep it from feeling too uniform.

Honed granite kitchen countertops ground the classic white shaker-style cabinetry in the kitchen. Laurie chose barely-there white linen Roman window blinds for the windows to add a cozy layer to the space without distracting from the view of the beautiful backyard. An antique wooden workbench Laurie found at auction takes centre stage as a kitchen island in the mostly white kitchen. “Because the living space is all open concept, I wanted something leggy and not bulky,” she explains. Plus, it’s a conversation piece. “Everyone talks about it when they first visit.”

The white plastic chairs in the kitchen compliment the many white and black accents in the home and add brightness to the dining table.

Black accents ground the all-white living room, adding interest and personality. “Because there’s so much white and light, I didn’t want everything to float away,” says Laurie.

Since homeowners Laurie and Randy Phillips designed and built this Craftsman-style house themselves the grey cedar shake shingles, crisp white trim and transom windows are synonymous with its look. The back door leads right into the kitchen, which is super convenient when the couple wants to barbecue meals.

Shapely outdoor lounge chairs create an inviting seating area against a cedar hedge in the backyard. “As soon as the weather gets nice, we’re out here or on the front porch,” says Laurie.

Tumbled stone pavers, which Randy installed himself, lead from the front of the house to the shingled garage in the backyard.