A blogger and DIYer gives a dark 1940s era bungalow a new and budget-friendly lease on life.

A craving to redecorate can often be sated with some new toss cushions or a coat of paint. But when the need for new strikes Edmonton-based blogger Holly Baker of In the Fun Lane, something bigger, as in bricks and mortar bigger, is required. “I'm always on the lookout for a house to revamp and put back on the market,” says Holly. “It’s not about making money but about being creative and having fun.”

When her real estate agent called to tell her of a bungalow with good bones in one of the city’s most vibrant neighbourhoods, Holly couldn’t resist. Set in the historic-meets-trendy Westmount area, the 600-square-foot 1948 home had languished on the market for a year. But what it lacked in light and space, it made up for in charm. The house’s original windows, pine floors and well-built kitchen cabinetry spoke to Holly and helped form her makeover strategy. “I knew the work required would be primarily cosmetic.”

Balancing a budget of $12,000 and a five-week timeline, Holly set about turning the humble “Cottage K” (her affectionate moniker based on the previous owner’s last initial) into  a chic urban retreat. 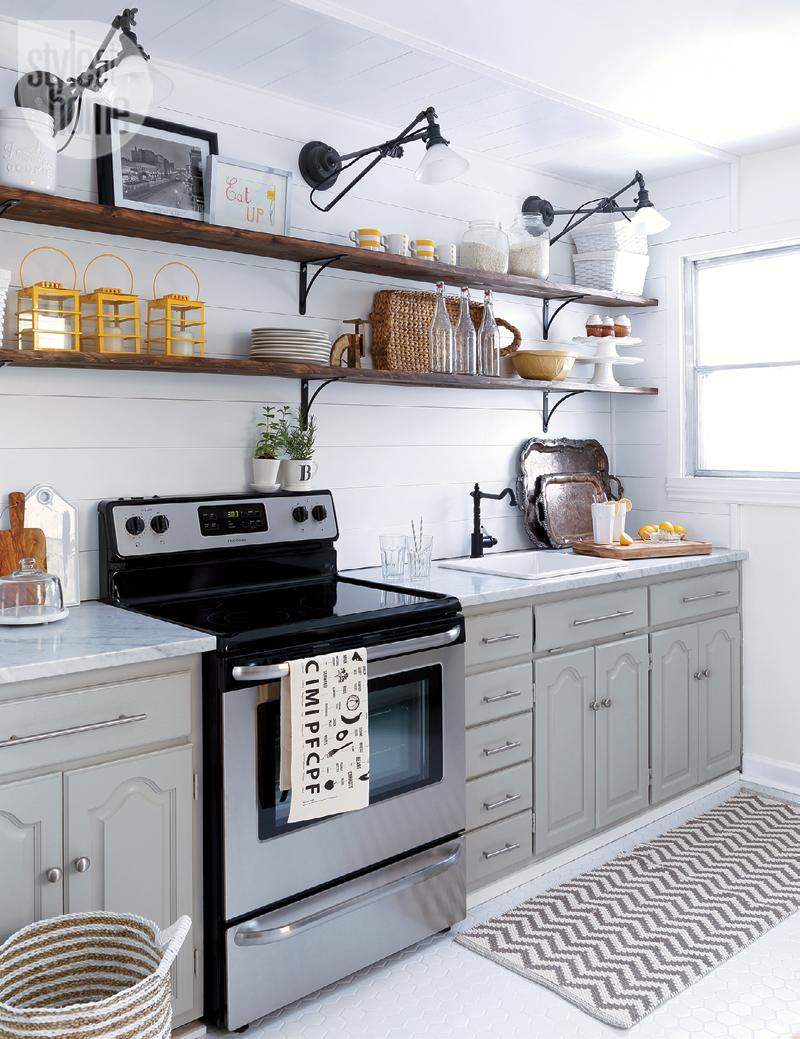 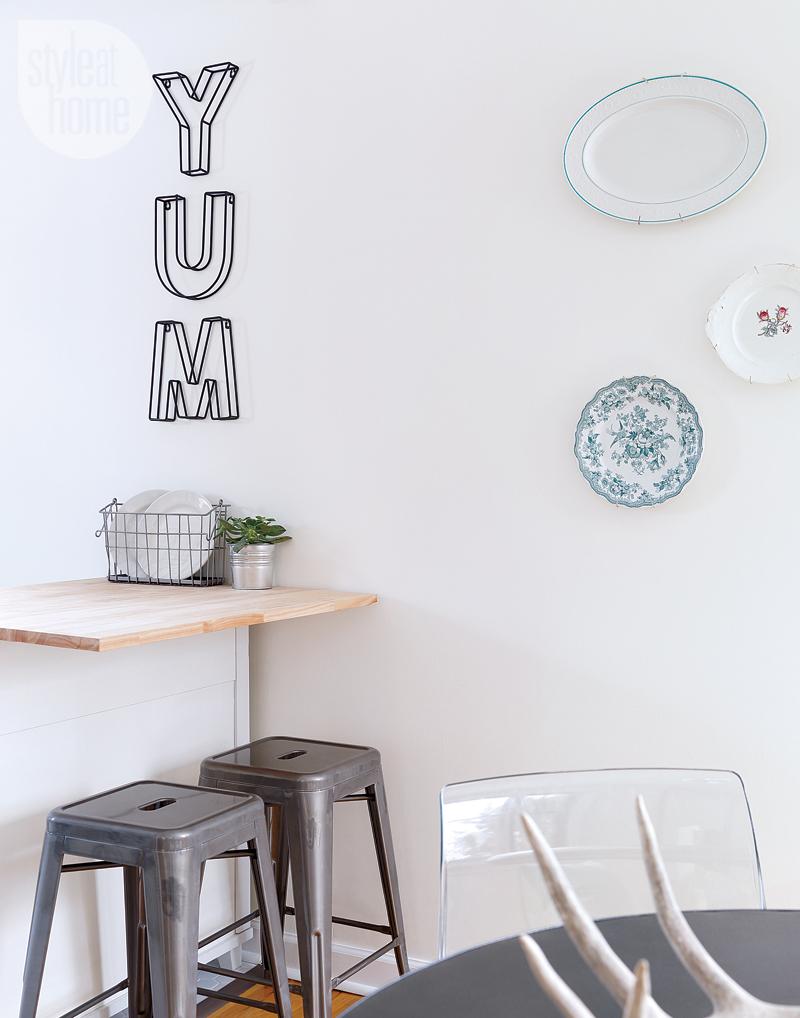 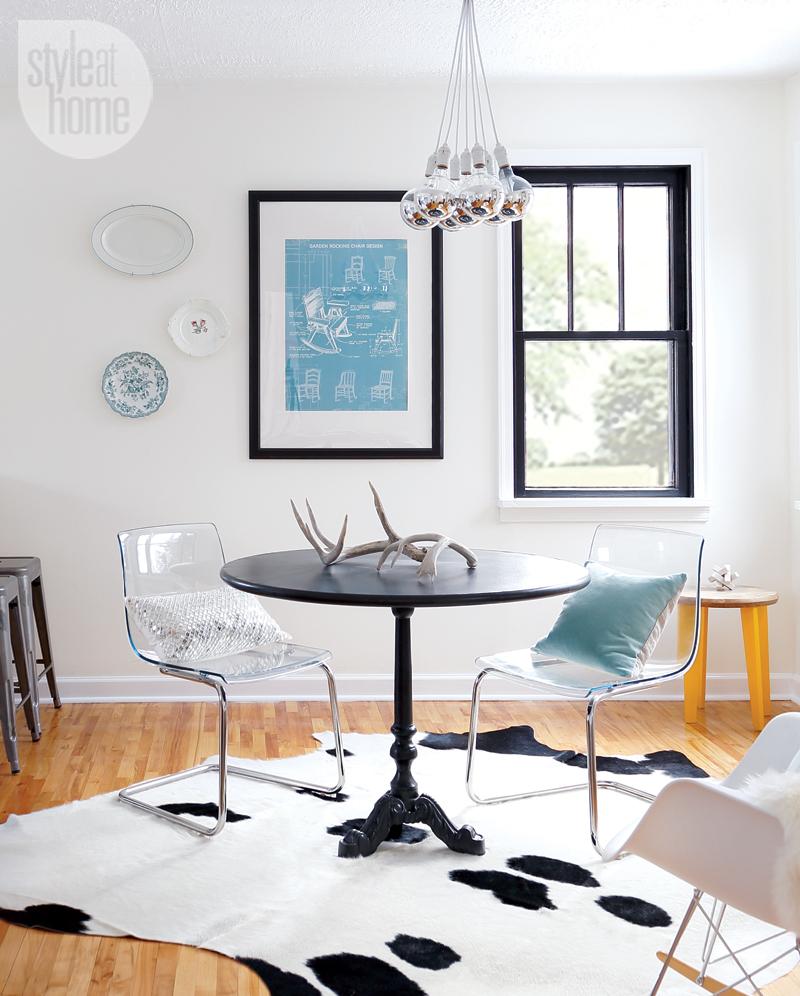 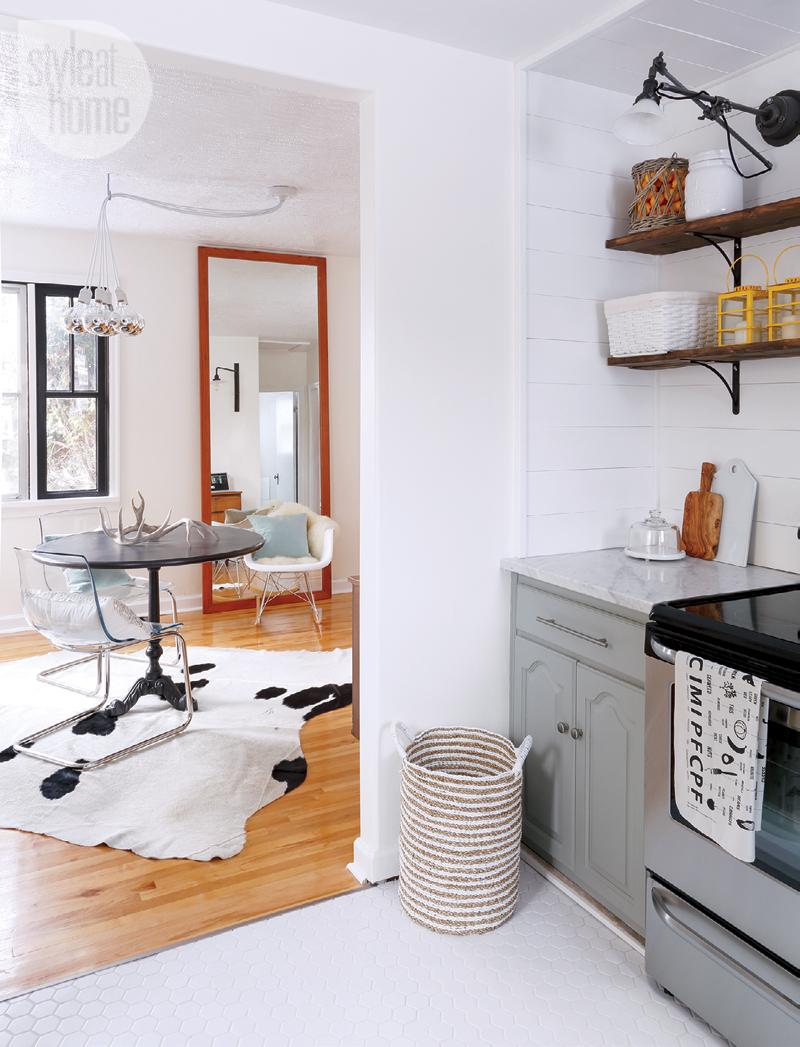 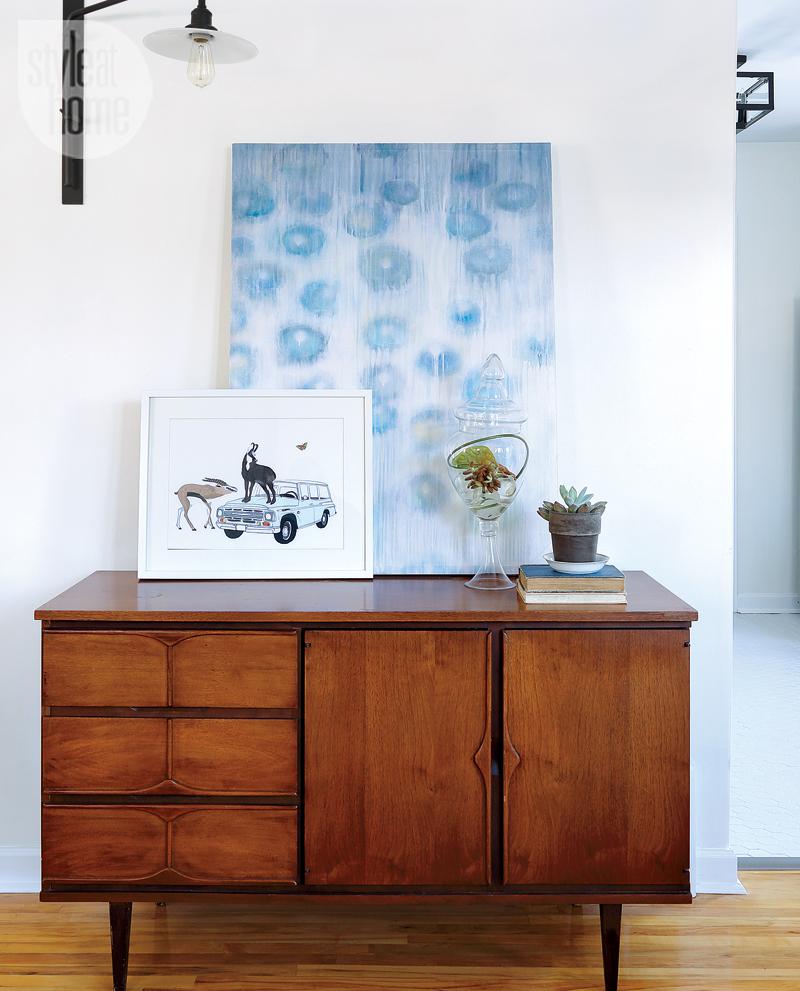 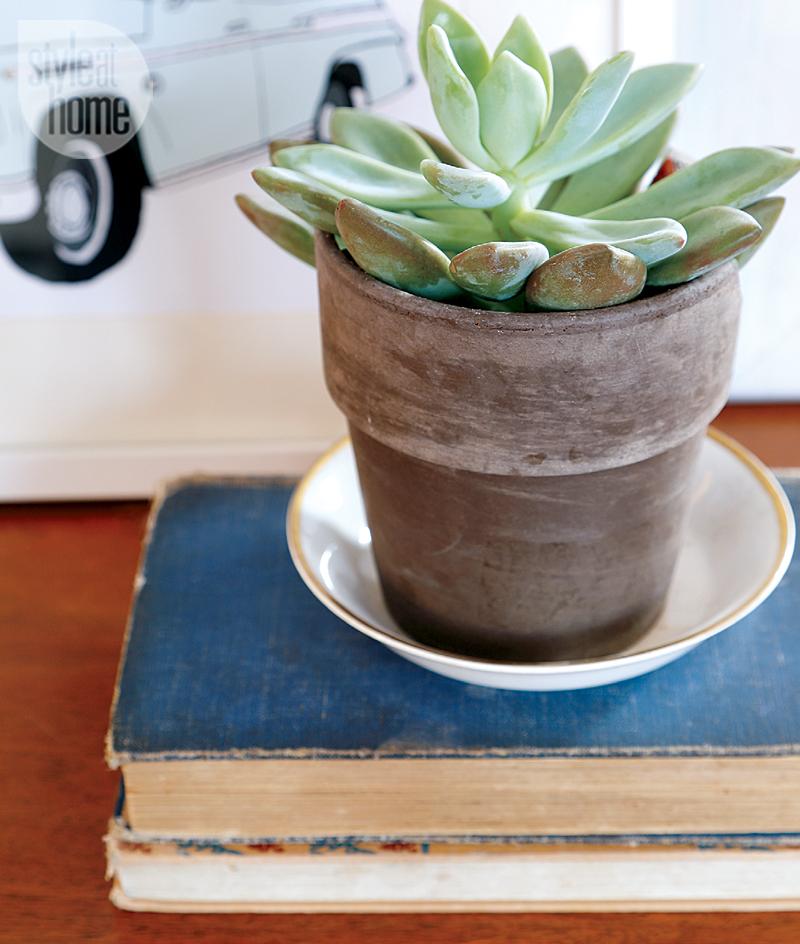 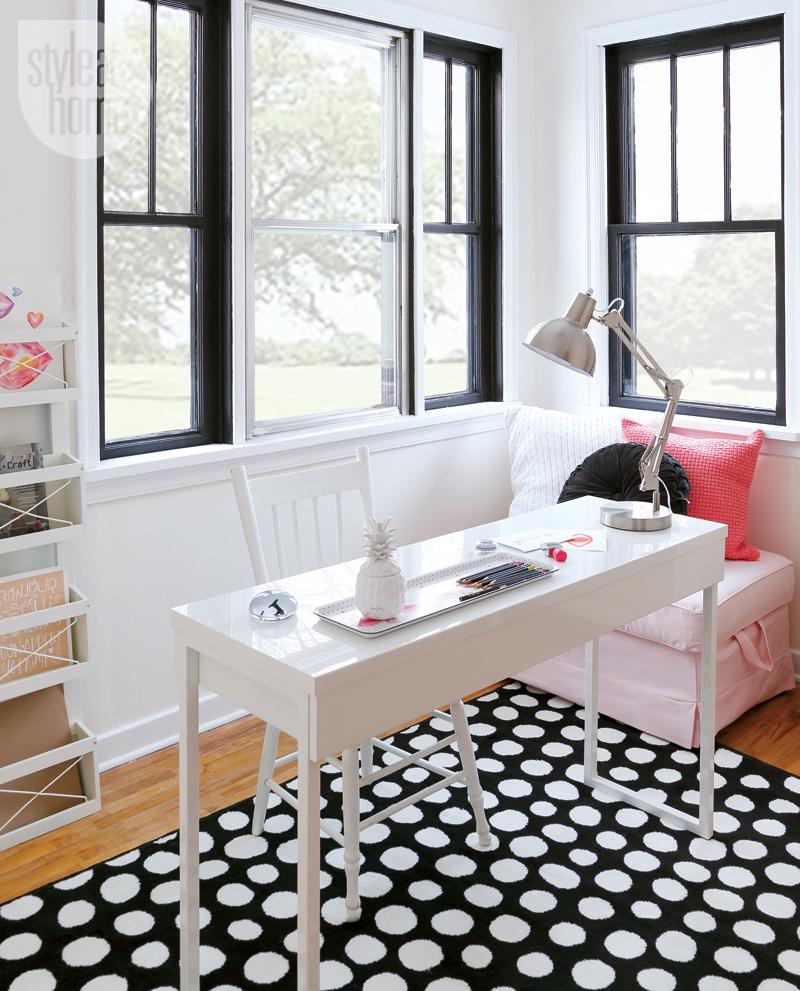 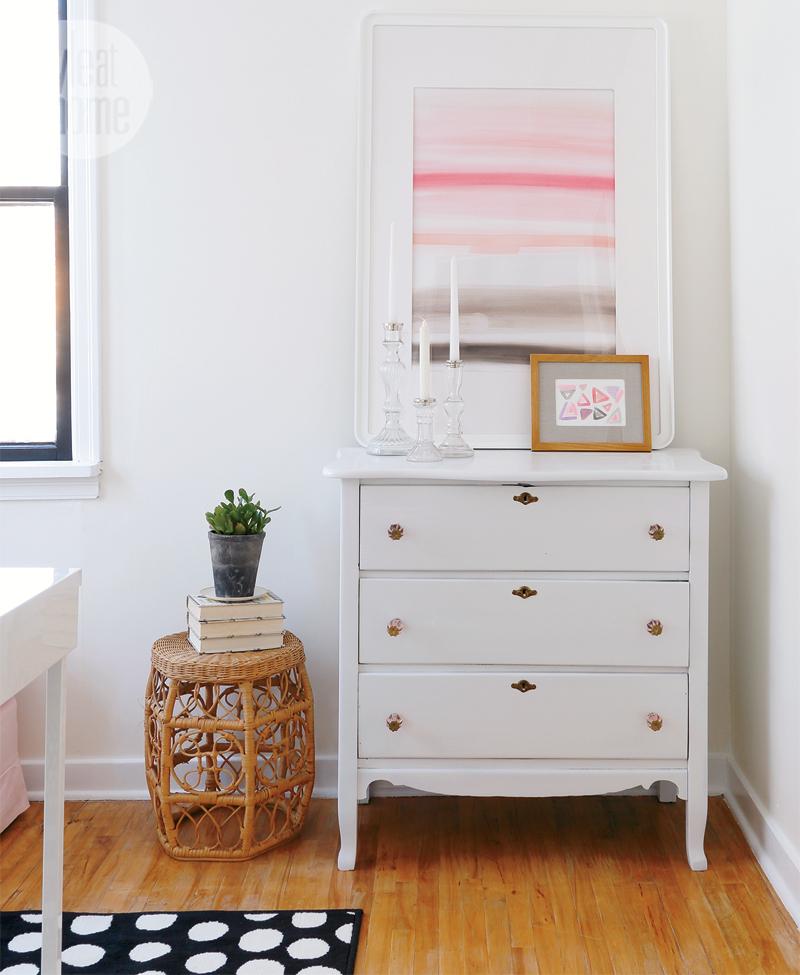 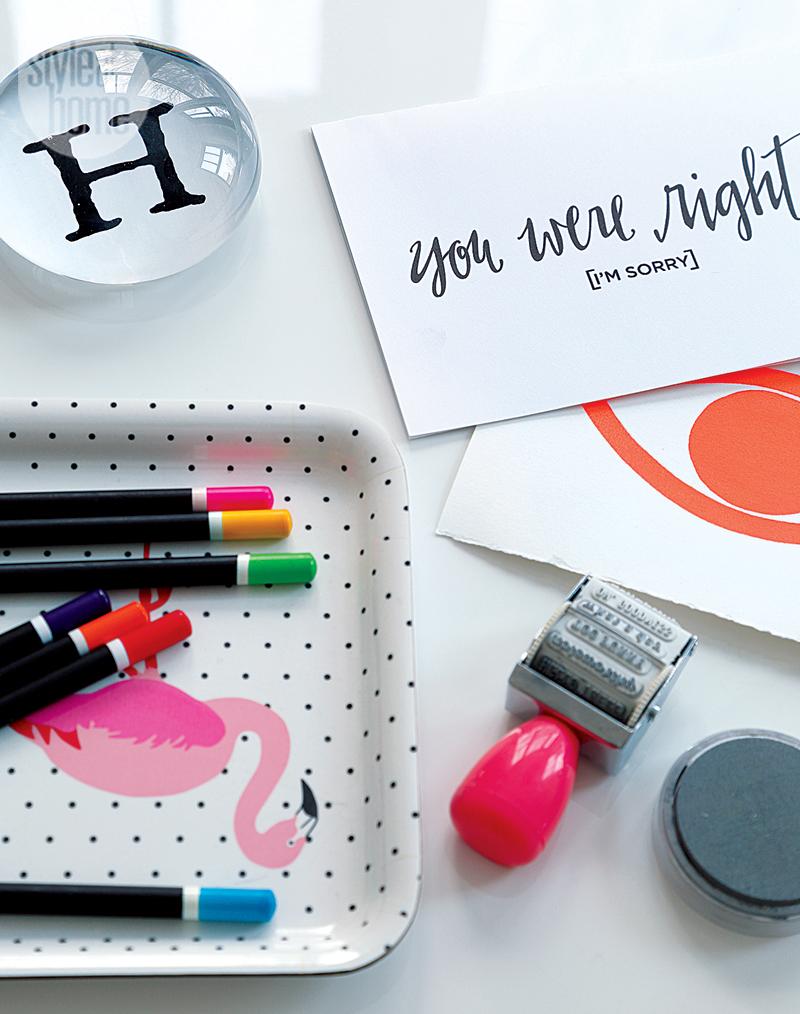 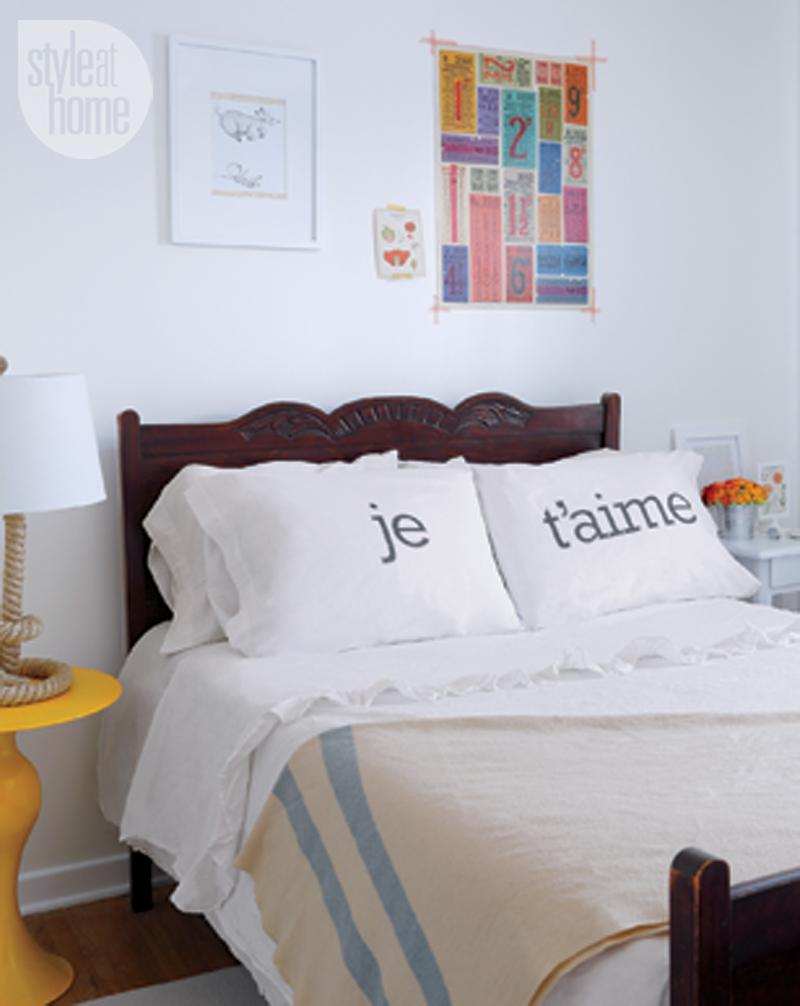 “I wanted to inject an antique vibe into the kitchen, so I added three pivoting sconces,” says renovator Holly Baker. “They remind me of old signage lighting.”

An iron pedestal table anchors the dining area and echoes the layers of black accents in everything from the artwork and window frames to the cowhide rug and letter wall decor hangings.

Transparent chairs maintain the airy vibe. The pendant light is swagged into position over the table using a simple bike hook – an ingenious and cost-saving move that precludes rewiring the original junction box.

A credenza that once belonged to Holly’s great-great-grandparents forms the base of this stylish vignette in the dining area. An industrial-look sconce illuminates an illustration by artist Jacqueline Schmidt and budget-friendly artwork from HomeSense.

Two old books and a small potted plant adds a relaxing element to the room.

Holly turned this second, smaller bedroom into a home office. The once plain room was livened up with pops of colour and playful pattern.

A corner of the office displays Holly’s DIY artwork. “I bought a white frame from IKEA and some watercolour paper from Michaels. I whipped out my paints and made this. It took 20 minutes, so I won’t feel guilty if I decide to change it down the road.”

These supplies add a pop of colour to this chic home office.